This month, years of meticulous movie planning will culminate in the release of Avengers: Infinity War, smashing together heroes from a decade’s worth of some of the biggest films on the planet. The road to Infinity War has been paved with a decade of reporting around it – some of it leading to some very bizarre rumours that, unsurprisingly, weren’t true. 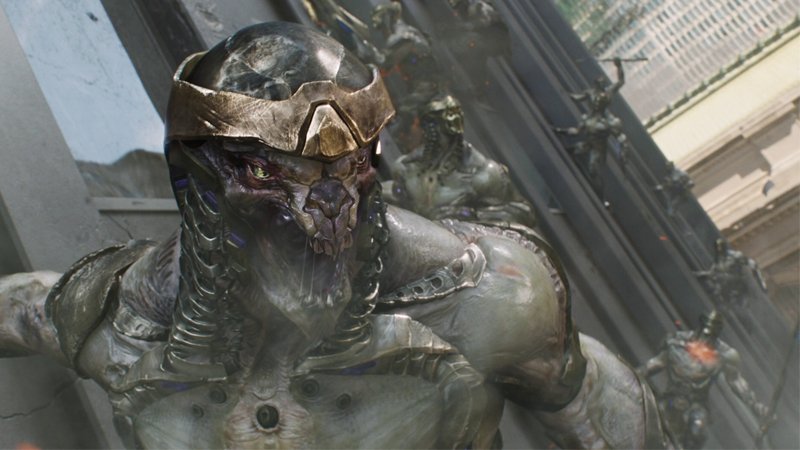 The Chitauri, the ultimate villainous hordes of Avengers.

The Skrulls Are the Threat That Will Bring the Avengers Together

Back when the idea of something like Guardians of the Galaxy or Civil War were but twinkles in Kevin Feige’s eyes, and we somehow got excited by a meager six comic book characters teaming up – everyone turned to 2012&#39;s The Avengers to see what cataclysmic threat from the comics would finally unite the separate heroes of the fledgling MCU.

At the top of the list: the Skrulls, the shapechanging alien warriors whose grand storyline in “Secret Invasion” was still relatively fresh in the minds of fans.

The Skrulls were always unlikely – they were usually considered relatively off-limits in the Marvel movies due to several Skrull characters being part of Fox’s cache of movie rights.

But also, “Secret Invasion” being introduced so early into the MCU would have been crazy, and a comics-fan pipe dream at most. That didn’t stop fans, though, who rapidly moved on to Badoon being the culprits (once again, Fox movie rights wrangling meant that was a no-go, too) until eventually it was revealed that the Chitauri would be Avengers‘ horde of badguys.

And… that was that. No one really cared in the end, anyway. It was all about the Avengers avenging things! 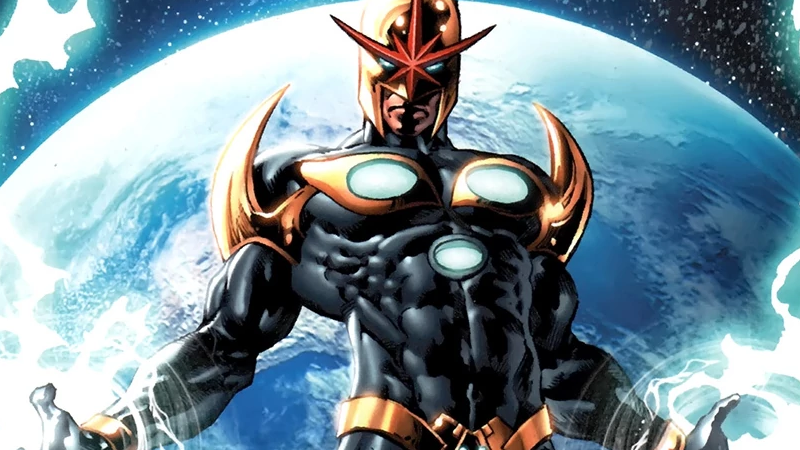 Nova, aka Not Nathan Fillion.

Nathan Fillion Will Be Nova

Oh, Nathan Fillion, how many times have you been rumoured to be joining the MCU in a major way? The first mention, however, will always be the greatest.

When Guardians of the Galaxy was first in the works, rumours began swirling about the film’s inclusion of the Nova Corps, the Marvel Comics Universe’s group of cosmic supercops most famously known for being the group to which the hero Nova, a.k.a. Richard Rider, belonged.

This led to the assumption Rider himself would be in the film alongside the rest of the Corps, and when rumours started swirling that former Firefly star Fillion was going to appear in the film, fans put two and a different two together and naturally assumed he had to be Nova.

Even when James Gunn denied it, people still assumed Fillion would be a post-credit tease for future cosmic-bound Marvel films.

But… he wasn’t. In fact, most people probably wouldn’t recognise Fillion in the final movie at all – he played one of the alien prisoners Quill, Rocket, Groot, and Gamora encounter in the Kyln, under heavy prostheses.

Vol. 2 followed up with a cheeky set of posters casting Fillion as an actual Marvel superhero to make up for it: Simon Williams, the superhero-turned-actor Wonder Man. 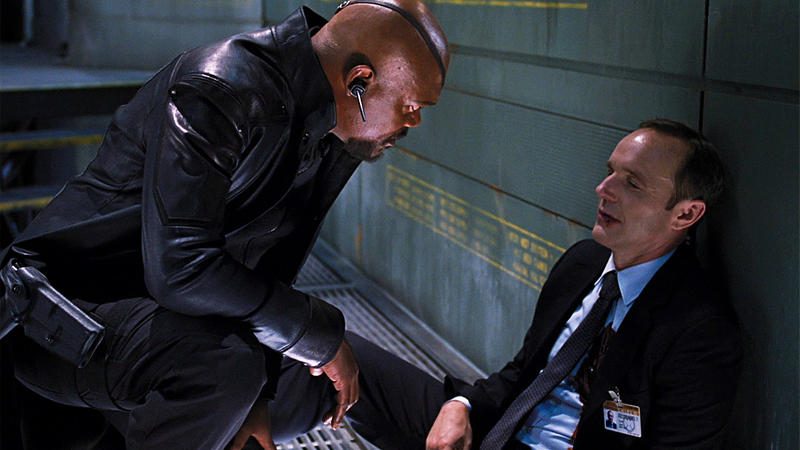 Coulson breathing his final breaths in Avengers… before he sneakily headed to ABC, that is.

Phil Coulson Will Become the Vision

Agent Coulson’s untimely demise in the first Avengers movie led to all sorts of crazy rumours about how he’d make his way back to the land of the living (he would, but on TV for Agents of SHIELD, with an altogether more elaborate method for his resurrection).

The craziest by far however was that Coulson’s body would become the form that the Vision, who would go on to debut in the Avengers sequel, would be based on. Which … is silly.

Why would Vision adopt the form of a dead SHIELD agent? Why would Ultron randomly decide the face of Coulson should be the avatar of his vengeance against Tony Stark and the Avengers? Even Coulson himself, Gregg Clark, thought it was a bit nonsensical.

Thankfully, as we now know, it wasn’t the case; Paul Bettany, who already provided the voice of Tony’s A.I. servant Jarvis, went on to play the Vision. But still, think of the complete weirdness Agents of SHIELD would have become if Gregg was running around in the Vision’s get-up. 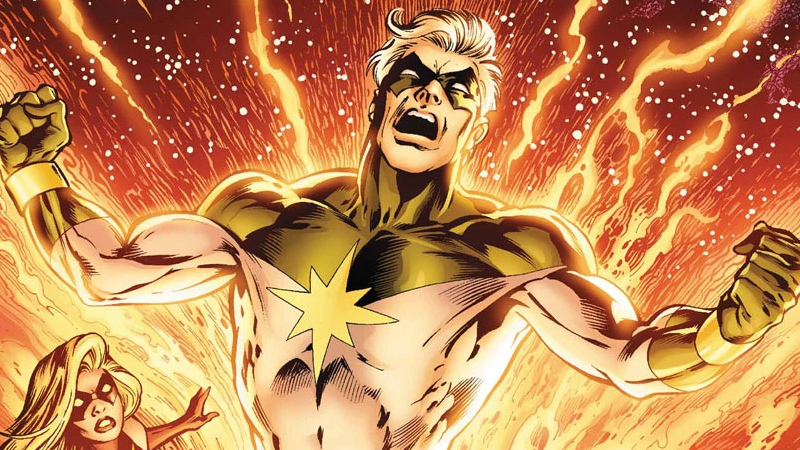 The original Captain Marvel on the cover of Secret Avengers #27.

Star-Lord’s Dad Will Be the Original Captain Marvel

The unknown, cosmic identity of Star-Lord’s father plays a small role in his backstory in the first Guardians movie, and was a driving force behind the events of its sequel.

When it was first announced that Peter’s dad would be a major character in the sequel – and that, unlike in the comics, it would not be the alien J’son of Spartax – rumours began flinging about as to who it might be before settling on Captain Marvel.

No, not Carol Danvers – that would have been even weirder. This theory referred to Mar-Vell, the Kree supersoldier who was the first Captain Marvel in the comics, and whose powers were given to Carol in a freak accident, allowing her to become Ms. Marvel and eventually Captain Marvel herself.

The first Guardians film had already introduced the Kree in the form of Ronan, and with confirmation of a Carol Danvers movie finally happening, the rumours seemed reasonable at first, even if still pretty out there.

But at Comic-Con 2016 James Gunn once again denied rumours and instead revealed that Peter’s father would be Ego the Living Planet, known in the comics for being, well… a planet. With an ego.

Actually, that one may have ended up even weirder than the Mar-Vell rumour. 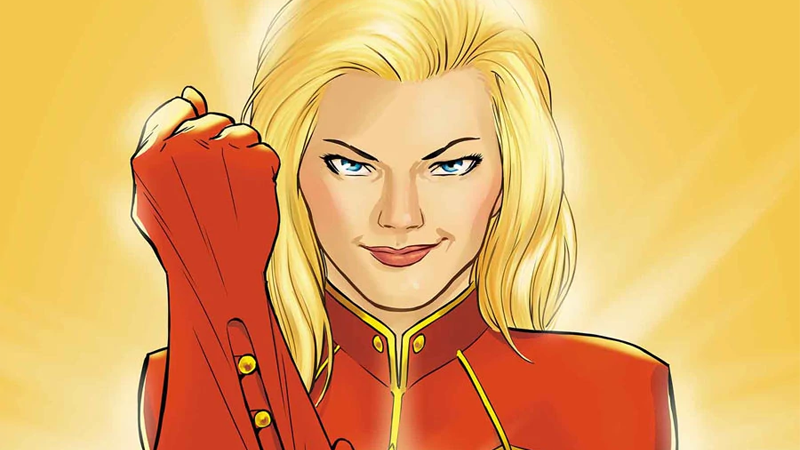 Meanwhile, Captain Marvel Will Be Showing Up… Basically Everywhere

Even before her own movie was confirmed, rumours of Captain Marvel showing up all over the place in the MCU were constant. First there was talk that she would debut in Age of Ultron, only for Marvel to firmly deny it.

Then, weirdly enough, the company revealed that there was a draft where Carol made her cameo debut in the film’s final scenes, but that was cut – and then revealed that Joss Whedon shot test footage to insert Carol into, but it was instead used for Scarlet Witch in the final film.

Either way, no Captain Marvel so far.

Most recently, of course, we have rumours of her involvement in Infinity War, which seem more and more unlikely by the day, especially with a few reports that she’ll instead show up in Avengers 4 – so please continue waiting for Carol Danvers for now. 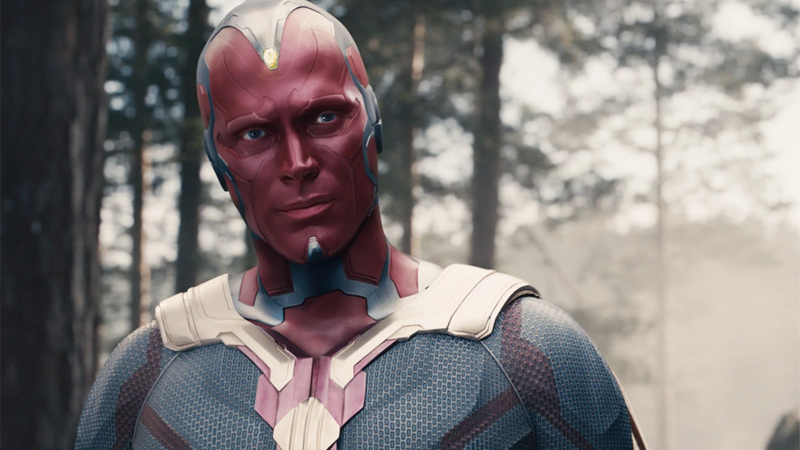 The Vision, at the end of Avengers: Age of Ultron, not contemplating leaving the planet.

Given the ever-closer threat of Thanos in the MCU, and the fact that the Vision’s forehead houses one of the Infinity Stones the Titan covets, many fans have long believed the synthezoid superhero would eventually end up in the cosmic side of the Marvel movie-verse… and then very dead at Thanos’ hands.

Then came an elaborate rumour ahead of Captain America: Civil War that suggested that Vision, dismayed by infighting among the Avengers, would simply float up and away off Earth during the climax of the movie, heading off into space to make possible appearances in the then-upcoming Guardians sequel or Thor: Ragnarok before meeting his untimely end before Infinity War. Thankfully, that never ended up being the case – and while we know Vision plays a hugely important role in Infinity War, he didn’t have to randomly blast into space to do so. 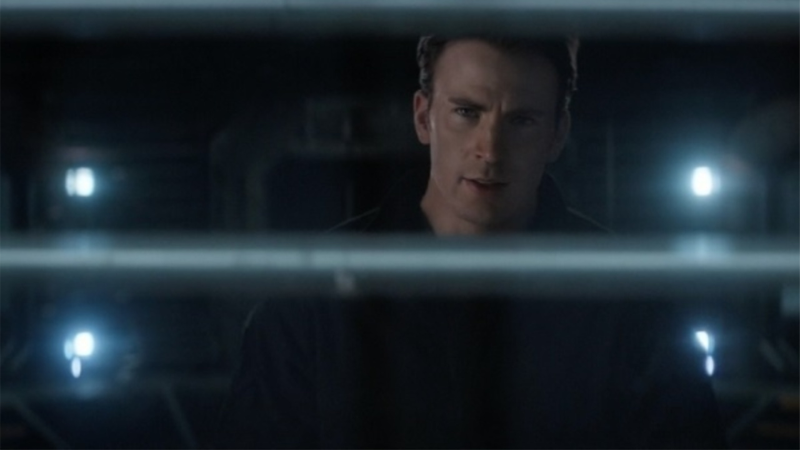 Turns out that naming a Captain America movie after a comic book event that ends with Captain America being assassinated (he got better, it’s a long story) will lead to rumours that Captain America will croak in the movie version, no matter how wildly divergent from the comic book storylines the movies had already shown themselves to be by the time Civil War was hitting theatres. But it wasn’t the rumours of a Cap death that were themselves that surprising; after all, there was a solid basis for it in the comics. It only got weird when a rumour started getting around that Marvel was planning to shoot two very divergent paths for the MCU.

Allegedly, the reports claimed, the Russo Brothers were preparing to direct two completely different endings for the movie. In one, Captain America ended the film on the run (as he did in the final movie). In the other, however, he surrendered to the Sokovia Accords, only to be assassinated, just as he was in the comics. In the end, though, this was complete bullshit – the Russos barely even considered taking the comic’s ending for the film. 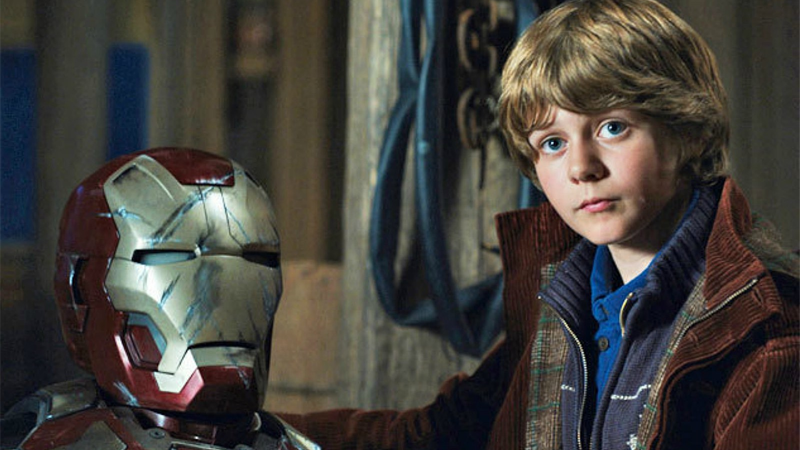 As it’s become public how much Marvel pays to keep Robert Downey Jr. in the Iron Man suit, people are getting increasingly interested/concerned about when the actor will inevitably leave the MCU. With Avengers: Infinity War representing a climax to the current status quo of the movie universe, it’s almost become accepted that this is likely the end for Tony Stark as we know him. So who could replace him?

While the obvious answer is Rhodey, that rather logical assumption didn’t stop rumours from popping up on IMDB that Ty Simpkins, who played Harley, the young kid who Tony befriended in Iron Man 3, had joined the cast of Avengers 4 in an unspecified role. This naturally led to the assumption that he would somehow be replacing Tony as the new Iron Man, despite being a literal child. Sure, Avengers 4 isn’t actually out yet so who knows, but we’re pretty safe that li’l Harley won’t be putting on some armour in the post-Infinity War world.