This Week In The Business: Mostly PR Nightmares 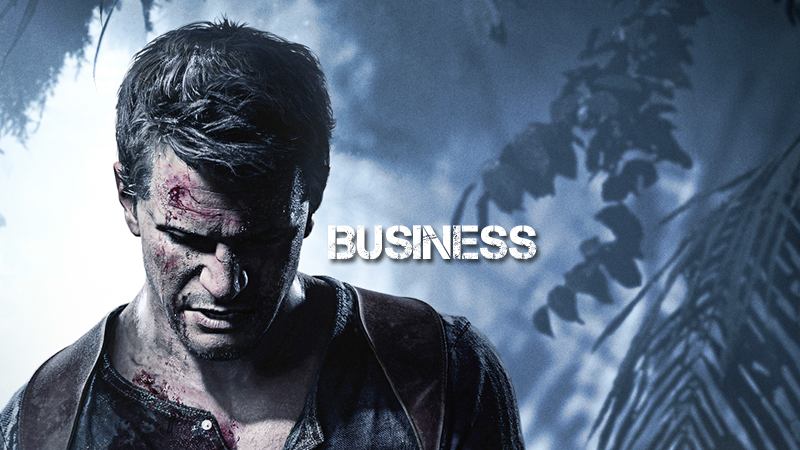 “Inappropriate conduct or practices have no place at Quantic Dream. We have taken and always will take such grievances very seriously. We value every single person who works at Quantic Dream. It is of utmost importance to us that we maintain a safe environment that allows us all to channel our shared passion for making video games.” — Official statement of Quantic Dream in January, in response to reports of homophobia, racism, sexism and overwhelming work loads at the studio.

QUOTE | “Harassment and inappropriate conduct have no place at Naughty Dog and Sony Interactive Entertainment. We have taken and always will take reports of sexual harassment and other workplace grievances very seriously. We value every single person who works at Naughty Dog and Sony interactive Entertainment. It is of utmost importance to us that we maintain a safe, productive workplace environment that allows us all to channel our shared passion for making games.” — Official statement of Naughty Dog three months earlier, in response to allegations it fired an employee for telling human resources he had been sexually harassed.

QUOTE | “We’re well aware of prior statements from Daybreak indicating our company was acquired by Columbus Nova.” — Official statement of H1Z1 developer Daybreak, which insists it was never acquired by a Russian-owned investment firm having its US assets frozen by the government as part of sanctions over a variety of Russian government actions, despite announcing the acquisition three years ago and not attempting to correct its supposed mistake until this week.

QUOTE | “Now that it is clear that children and vulnerable people in particular are exposed to them unprotected, game manufacturers but also parties such as FIFA, for example, are called upon to call a halt to this practice.” — Belgian Gaming Commission director Peter Naessens wants EA, Activision, and Valve to change their loot box schemes after FIFA 18, Overwatch, and Counter-Strike: Global Offensive were found to violate Belgian gambling legislation.

QUOTE | “It is my belief that due to their lack of ability to curve cheat codes and others from modifying their game, they are using a 14-year-old child as a scapegoat to make an example of him.” — The mother of a 14-year-old child in British Columbia asking a judge to dismiss Epic Games’ lawsuit against him for using Fortnite cheats, and for encouraging others to use them on his YouTube channel.

QUOTE | “We’ve reached out to several content creators who may have been impacted while streaming Halo Online as we don’t want to see people getting banned.” — A Microsoft statement after it issued DMCA takedowns against YouTubers and streamers for playing ElDewrito, a fan-made mod of the cancelled Halo Online.

QUOTE | “Well, the crunch thing that’s breaking people in big studios — that’s not new. That’s just a dirty, dirty secret that the industry has failed to address for 20 years, which is pretty shameful considering the amount of money being made. We just don’t talk about it, and I guess… since there are no unions for games developers, the industry bodies don’t want to piss off the publishers that are often their biggest sponsors.” — Devolver Digital’s Mike Wilson is decidedly blunt when discussing unions, burnout and toxic communities.

QUOTE | “I have blown up my people in increasingly realistic fashion for 29 years of my life. The feature will say, ‘Blow up cars with more realistic physics’, but also the brown guy standing next to it. I’ve never been able to do the opposite. And that’s weird, because there are a lot of people around the world who have some serious problems with America.” — Vlambeer’s Rami Ismail doesn’t want to play a war game where you fight Americans, but would still see it as a sign of progress for the industry.

QUOTE | “The bug will be made public sooner or later, likely sooner, so we might as well release now along with our Linux boot chain and kernel tree, to make it very clear that we do this for fun and homebrew, and nothing else.” — Hacking group fail0verflow explains why it released an exploit that fundamentally undermines the Nintendo Switch’s security and may enable piracy on the system.

QUOTE | “Truth be told, there were a couple years where we were maybe a little arrogant, a little less enthusiastic or whatever, but we made a couple mistakes. We weren’t pushing hard enough and relaxed a little bit.” — Wargaming CEO Victor Kislyi admits that for a time, the company wasn’t giving World of Tanks the focus it deserved.

QUOTE | “As language evolves, we want to take the steps needed to ensure players feel they can have a great time without distracting language that is not always current or appropriate. We made the change to better reflect the design of that trait.” An Electronic Arts representative explains why the company changed The Sims’ “insane” character trait to “erratic” instead.