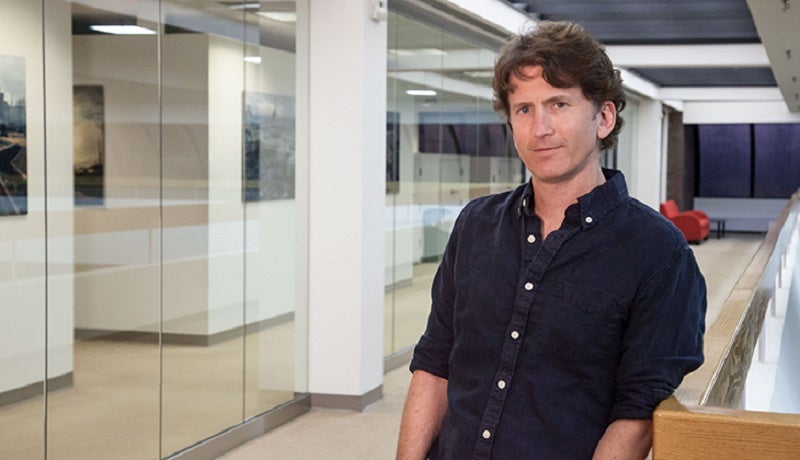 Fallout and Skyrim director Todd Howard has had a Wikipedia page on lockdown for a quite a while. Over the last 24 hours, that lock temporarily lifted – and gamers made sure to take advantage.

After being raided in the past, Todd Howard’s Wiki page was “semi-protected”. It’s a status that basically locks out certain accounts from making edits, particularly anonymous ones.

But overnight, that semi-protected status ended. And as you’d expect, the internet waited patiently to unleash a reign of terror upon his Wikipedia mentions.

im so glad i took a close look at the edit history for todd howard's wikipedia article because it's locked again but This Happened https://t.co/344jSZgfJO pic.twitter.com/0Wyh1h0QGQ

the ban on editing todd howard's wiki page was supposed to be lifted today but someone SNITCHED so the elder scrolls page was attacked instead i'm in t e a r s pic.twitter.com/VDuvLv6Upk

wikipedia is locking down basically every page even tangentially related to todd howard so we gotta get creative pic.twitter.com/TwqXtg8nJH One user tried appealing to the Wiki mods to let the fun continue, but to no avail:

Even someone from the US House of Representatives joined in on the fun:

And once Howard’s own page, Bethesda’s and the Elder Scrolls wikis were placed on lockdown, people began looking elsewhere:

i went to check the todd howard wiki page and i clicked the wrong one but i was not disappointed pic.twitter.com/wLAIVbVgpU

A lot of the trolling referenced “Todd Coward”, although much of it isn’t intended to be derogatory or harmful. Iconic designers often become the targets of fun for the communities they serve: Dustin Browder served a similar role in the early days of the StarCraft community, and Jeff Kaplan has a legion of his own Overwatch fans.

Howard’s page has since been placed on “extended confirmed protection”, which only allows edits from registered Wiki editors with at least 500 edits and 30 days tenure (as opposed to edits from anonymous accounts).