Uncharted: The Lost Legacy Has One Of Action Gaming’s Most Peaceful Moments

In between the big, satisfying skirmishes in the new God of War, players can put gruff protagonist Kratos and his scrawny son Atreus in a boat and paddle across a lake while the father tells his boy a fable. The moments in the boat are among my favourite in the game. They reminded me of a wonderful sequence in last year’s Uncharted: The Lost Legacy and of the great moments of peace in a lot of excellent action games that offer a refreshing breeze between the thunder cracks.

If you plan to play the game, bail now. If you did play the game or don’t mind being spoiled on a fun surprise scene, read on. 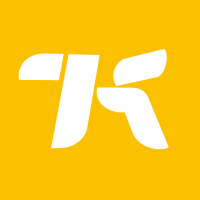 In the scene, the game’s gun-toting protagonists, Chloe Frazer and Nadine Ross, rescue an elephant and then ride it (and feed it) en route to a pond where a family of elephants are hanging out. While riding the elephant, they chat and bond. By the time the scene is done, they’re gawking at elephants and taking a picture with them.

That Uncharted moment, like the God of War boat sequences, builds on a design tradition that goes back at least as far as 1994’s Super Metroid, which includes an early sequence in which the player quietly explores the damaged caverns where the original Metroid game violently concluded.

Over the years, many game designers have developed an admirable instinct to give players of action games a peaceful interlude in between the genre’s violent beats. These aren’t just moments between rifle salvos or sword swings, but moments when the weapons are put aside and the player is told that, for the next little bit, something more chill is going to happen.

A decade after Super Metroid, 2004’s Legend of Zelda: Four Swords Adventures, the rare Zelda game broken into discrete levels, interrupted its combat-filled chapters with one that was all about helping out people in a village.

In 2009, development studio Naughty Dog interrupted the shootouts, chase scenes and dramatic climbing escapades of its Uncharted 2 game with a pleasantly peaceful walk through a mountain village. And in 2013, that studio provided relief from the tense action of the post-disaster game The Last Of Us with a magical scene involving giraffes that had escaped their abandoned zoo. God of War’s combat is great, but so are its moments of father telling son short fables while paddling a boat.

God of War’s combat is great, but so are its moments of father telling son short fables while paddling a boat.

The Uncharted: The Lost Legacy scene echoes the Last Of Us‘ giraffe moment. It offers another cameo by a large animal in a game that otherwise focuses on people set amid buildings, hills and other more familiar things.

The Uncharted scene is brief. It last just six minutes in a game that runs about 10 hours. It’s nevertheless among the game’s most memorable moments, like those sequences with Kratos and his son on the lake, because once in a while, amid the heat of battle, there’s nothing better than a moment of peace. Even though by definition these moments have the least action in them, I find them thrilling.