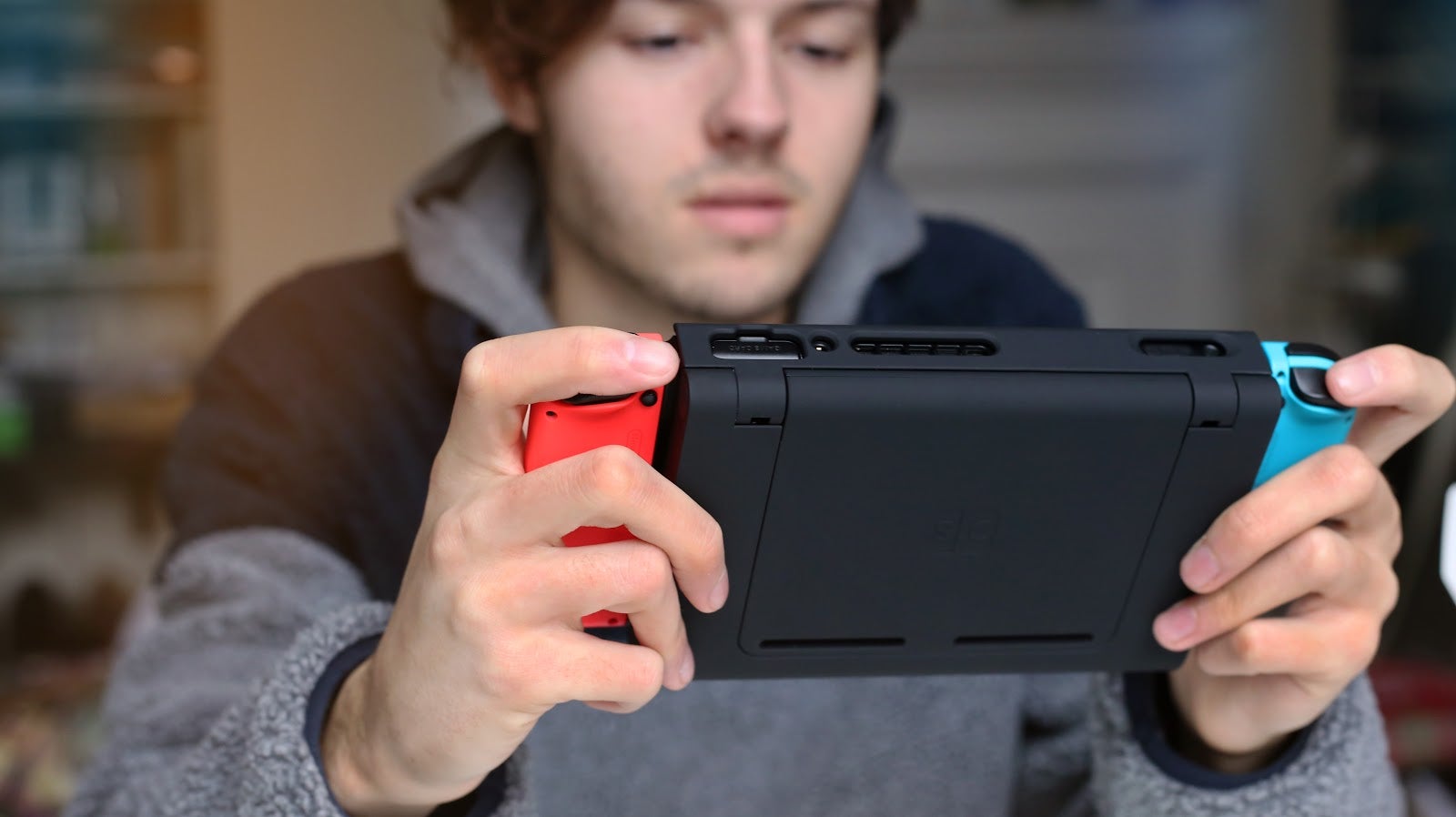 The complications that one Switch charging case's crowdfunding campaign has run into only proves the old adage: "Mo' money, mo' problems."

The SwitchCharge is a case with a battery in it for the Nintendo Switch from the London-based company InDemand, meant to prolong the system's battery life.

When its crowdfunding campaign launched, Kotaku's own Mike Fahey wrote, "I've seen a lot of Switch accessories since the system launched last month. The SwitchCharge is the first one that really feels like it has the potential to significantly enhance the Switch experience."

As of today, not all backers have received their cases, and it isn't clear when the final orders will be delivered.

Everything looked rosy during the initial campaign, as it often does.

"I was sceptical at first," said backer Malik Meghani via email, "but having read through their campaign, I felt they had a realistic vision and had made sufficient progress with their prototype that backing it seemed like a safe bet."

InDemand had completed successful crowdfunding campaigns in the past, and noted in the IndieGoGo campaign that it already had a prototype that was ready to manufacture.

Troubles started arising soon after the campaign ended, when InDemand sent out an update detailing changes they made to their prototype.

"I thought [that] was weird because my impression during the campaign was that the design was complete and InDemand was raising money for their production run," said another backer, Armaan Khan, via email. "I shrugged off these misgivings because I figured I'd misinterpreted the campaign."

But as time went on, the delays piled up. "The team communicated with backers often. They told us things were on track," Meghani said. InDemand posted updates on its IndieGoGo page as frequently as once a week.

"An update or two later, they'd say things were delayed because of X feature or Y feature," Meghani said. "The delays led to feature changes. Feature changes led to re-prototyping. All the while, updates kept telling us things were going great."

When the SwitchCharges were due to be shipped, things only got more confusing for backers. InDemand posted an update to its IndieGoGo on January 28 saying that it had begun shipping the products. But the very next update, on February 9, was an apology for a delay, a pattern that would continue from January until early April.

"All subsequent updates after that offered up more excuses for delays, as well as assurances that SwitchCharges were on the way to backers," Khan said.

Kotaku spoke on Friday with InDemand's CEO Charlie Baron, who said he was currently in the United States to speak with the retail chain Best Buy about carrying the SwitchCharge in its stores. SwitchCharge, he said, had been a "fulfilment nightmare".

InDemand, Baron said, "underestimated how hard it would be to ship the products internationally." Products with lithium batteries can't be shipped in the cargo hold of an aeroplane, he noted, and the company had to switch to shipping by land and sea.

"It's been frustrating on our part, made harder with a slim budget to get by on," Baron said.

On April 10, InDemand had posted an update saying that the company was having a cash flow problem. "Therefore this has meant we have had to drip feed the batches, starting with locations with the most orders and periodically dispatching orders as money becomes available," it wrote.

InDemand said that it had done all they could to free up the cash to be able to ship to to territories outside the US, including "stopping all payroll for our founders and team since January 2018".

This came as a surprise to backers who were under the impression, according to InDemand's previous updates, that the cases had already been shipped. The comments for the IndieGoGo campaign are currently flooded with people wanting to know where their SwitchCharges are. Speaking with Kotaku, Meghani and Khan both said that they are unsure that they'd ever get their SwitchCharge cases.

InDemand CEO Baron said that at this point, shipments of SwitchCharge cases should have already been sent out to the US backers, and that Canadian shipments would be coming "shortly". Shipments to Australia and Asia should come after that.

While some backers in the States have said they have gotten their cases, others say that they're still waiting in the comments of the IndieGoGo campaign. Meghani and Khan, who both live in Canada, have not received their cases.

Baron said that getting the cases to backers is InDemand's "number one priority" right now, and apologised for the delays. Backers who have received their cases are loving them, he said. Hopefully everyone else who backed the SwitchCharge will love them too, eventually.