Darth Vader's current arc - written by Charles Soule and featuring art from Giuseppe Camuncoli, Daniele Orlandini, Java Tartaglia and Guru-eFX - has spent the past few issues with Mon Cala's rebellion from Imperial rule, as trade negotiations turn sour and the Empire stages a full assault on the water planet.

But beneath the seas of Mon Cala, an altogether more interesting mystery has been hidden away: A secretive Jedi named Barr, surrounded by blaster-armed disciples.

This week's Darth Vader #16 builds on the previous revelation of Barr's enclave of followers, mainly by picking them apart as Vader and the Imperial Inquisitorius come knocking, taking them out one by one as the group tries to buy itself (or rather, mainly Master Barr) time to escape off-world.

But as each member of the group perishes, the issue flashes back to their pasts to confirm something we'd already suspected: These people aren't Jedi, and never were. 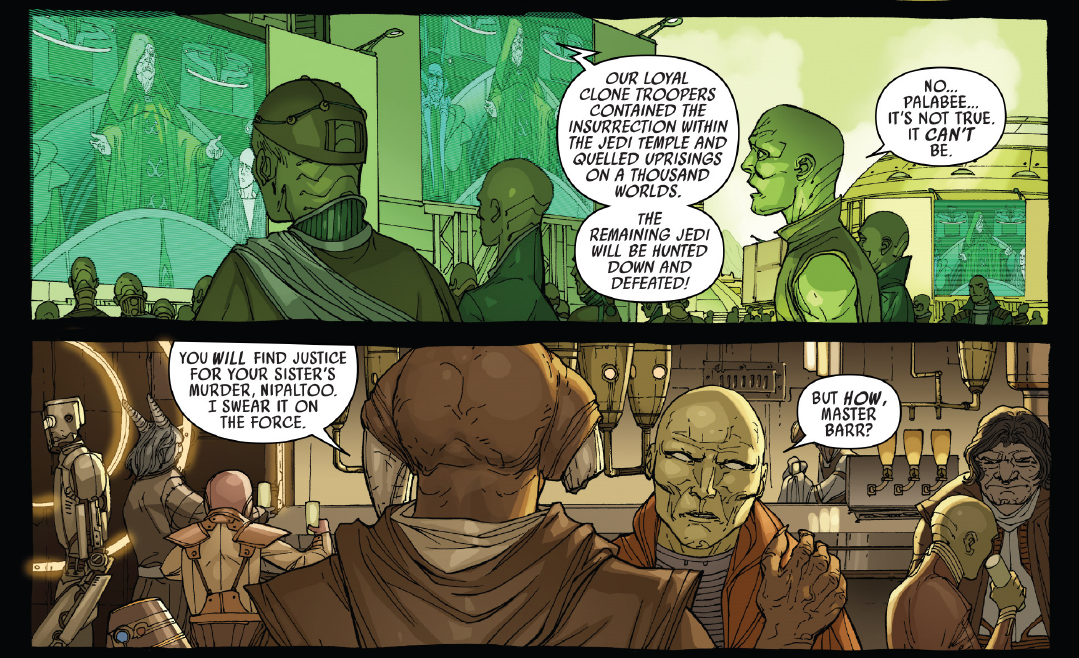 Each flashback confirms that the members of Barr's groups were people who realised the evils of what the Empire could do. Some were inspired by the Jedi, of course - one had a sister who became a Jedi and was killed in the purge, another was saved by none other than Anakin Skywalker himself from separatist droids in the Clone Wars. Some were ejected from their homes by an uncaring Empire or could see the rise of Palpatine's fascist rule slowly but surely changing their lives for the worse.

But they're all united by a single figure: Barr himself, who is indeed the sole Jedi of the group.

The idea of a Jedi uniting these disenfranchised, disparate people into a resisting force against the Empire is a noble one, but there's also a sinister implication in at least a few of these flashbacks that Barr isn't just recruiting these people, but using the Force to influence their fealty to his cause.

Sure, within their hearts they're angry at what the Empire has done, just as Barr himself is, but it isn't exactly a Jedi thing to do to use the Force to mentally forge discontented people into deeply committed freedom fighters, tools in Barr's own private war against the Empire. 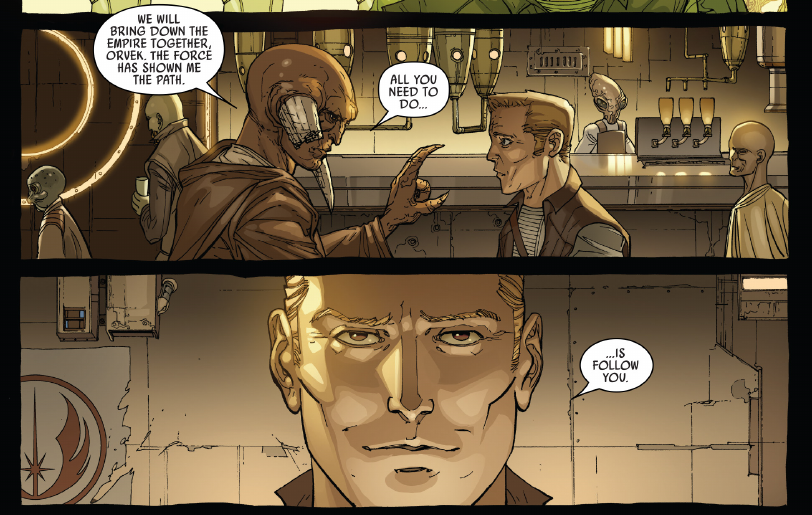 Not every member of Barr's militia seems to have been recruited simply out of their desire to fight against the Empire. Image: Giuseppe Camuncoli, Daniele Orlandini, Java Tartaglia and Guru-eFX (Marvel Comics)

Near the end of the issue, when Barr's forces have dwindled to almost nothing and he's surrounded by Imperials, another interesting detail in the Jedi's life is implied by the Inquisitors (who themselves, as Barr notes, are all former fallen Jedi) - Barr was never a master while the Order still existed, he was a Padawan. A Jedi who'd barely begun training by the time everything came crumbling down around him.

The mind-tricking of disgruntled and bereaved individuals into an anti-Imperial militia becomes a bit more understandable in that context: A young Padawan aggrieved by the losses of the purge, driven to desperate measures in desperate times.

With the Order gone, times have changed, and in Barr's mind, so must the remaining Jedi's role in the galaxy - active instigators of resistance against the Empire's tyranny, using anything they can to light that spark of rebellion. 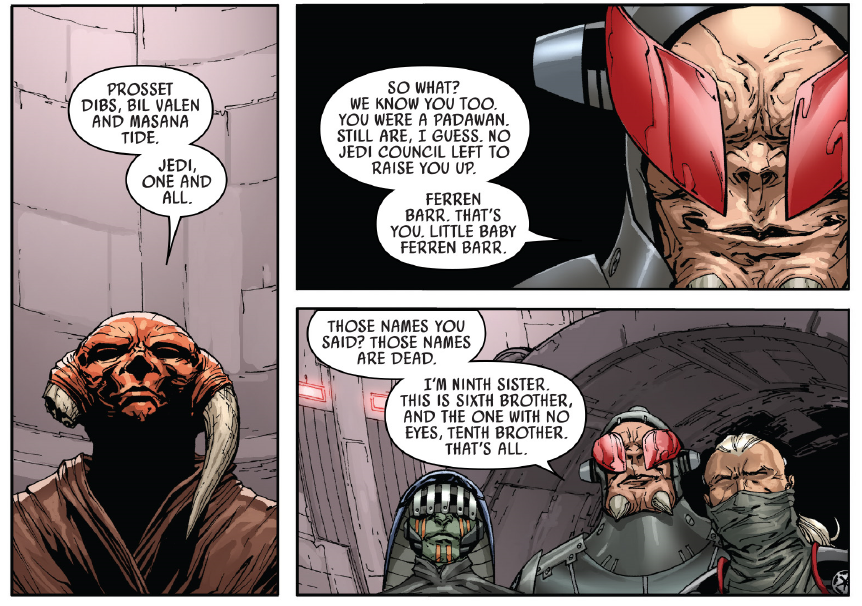 Between Barr and Vader's previous Jedi character studies - Kirak Infil'a and Jocasta Nu - this series is giving us some great insight into all the different paths the scattered survivors of Order 66 are taking in their attempts to restore the Jedi.

Seeing which aspects of the old ways each of these Jedi has chosen to preserve, and which to change and adapt for the dark times they now live in, is a fascinating thought experiment - even if we know that, in the greater context of the Star Wars saga at large, they're likely doomed to fail in their attempts.