It is incredibly fun to die in Donkey Kong Country: Tropical Freeze, a game that assaults your senses with enough cute animals, wonderful animations and lovely music to make you forget that it’s beating the hell out of you.

Tropical Freeze, which came out for Wii U in 2014 and launched again for Switch yesterday, is set in a world in which Mario’s first villain wears a red tie and collects bananas. The plot, as it were, involves a gang of villainous penguins who decide to interrupt Donkey Kong’s birthday party by covering his island in a thick coat of frost.

This is not so much a story as an excuse for Donkey Kong and his pals to go off on a series of side-scrolling platforming adventures, hopping on bad guys and riding in mine karts along the way. As Donkey Kong (often joined by the pal of your choice, be it Diddy Kong, Cranky Kong or Dixie Kong), you’ll move from left to right, slamming the ground and jumping between ledges to re-conquer your island from the penguins.

The Nintendo Platformer Scale has always looked something like this:

Medium: Mario (“Darker Side” notwithstanding)

Tropical Freeze is no exception. As you hop between perilous gaps and shoot your way out of high-speed cannons, you will die. A lot.

The Switch version’s new Funky Mode – which boosts you from two to three hearts and allows you to swap between DK and his overpowered surfer cousin, Funky Kong – helps mitigate the pain a bit, but this is still an astoundingly difficult game. Falling off a ledge or driving a mine cart into the wrong place will kill you immediately, taunting you to get better or die trying.

That’s a good thing, I think. I like tough games, especially when they’re as resplendent as Tropical Freeze, with its beautiful environments and excellent soundtrack.

I’ve played through two worlds of the newest game on Switch, and died several dozen times already – enough to see this embarrassing message: 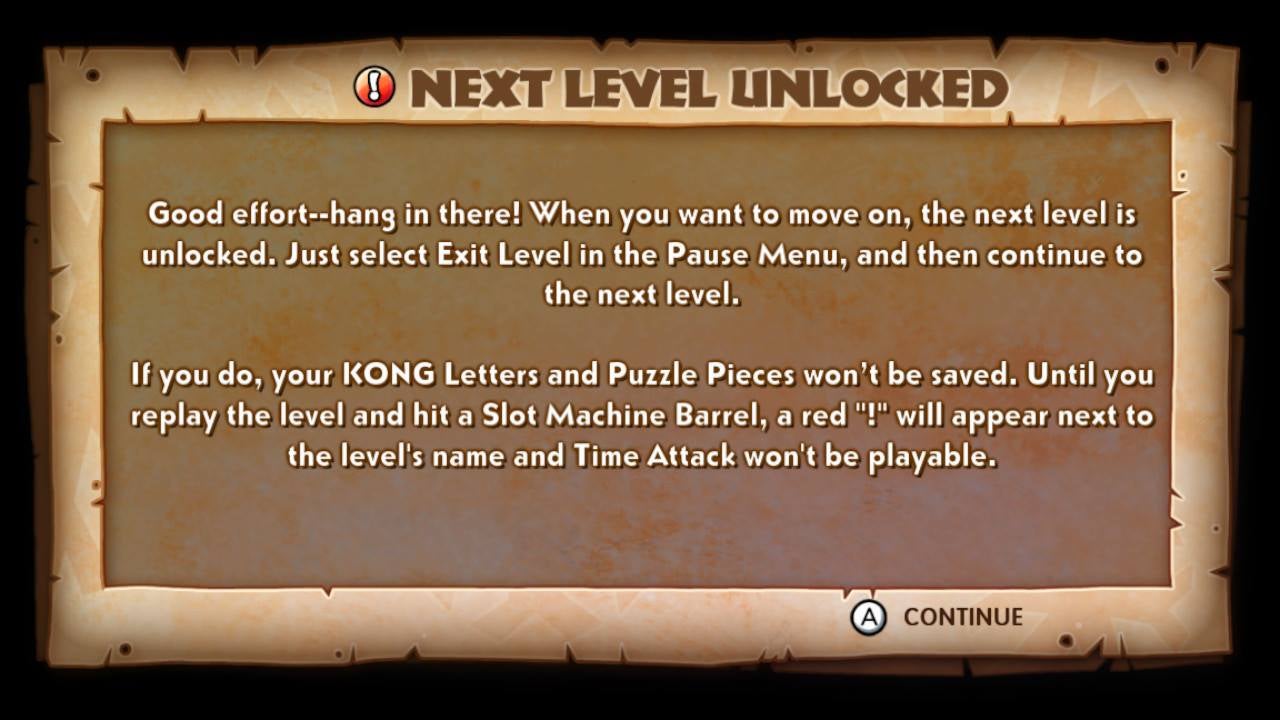 Screw you, Donkey Kong. I don’t need your patronising messages or shortcuts. Just let me die in peace.