Former Overwatch Pro Continues To Be A Self-Own Machine 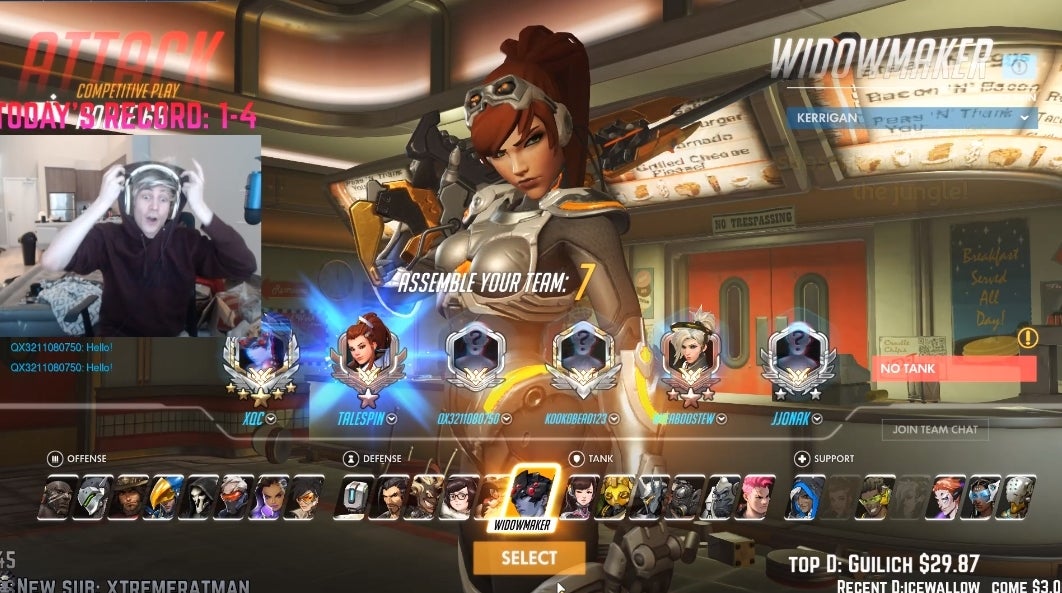 Former Overwatch League problem child Félix "xQc" Lengyel was streaming last night when he ended up in the same match as a frighteningly skilled Widowmaker player going by the handle "Kannagang."

When players on the other team started to suggest that he might be cheating, xQc took it upon himself to investigate by looking at his player profile.

"Yeah, he's a hacker," xQc claimed after a quick peek at his stats. A bit later, he offered evidence to his stream audience in the form of a stat comparison to Terence "Soon" Tarlier, who he'd also been playing with.

"Soon is one of the top aimers in the game, and his crit is at 19," xQc said, pointing to a stat for headshot percentage. "A nobody has 31 crit."

Only one problem: this wasn't a nobody. It was the Florida Mayhem's Jung-woo "Sayaplayer" Ha. In the next match, xQc and Kannagang ended up on the same team, meaning they were able to voice chat with one another.

"I'm Sayaplayer, man," Kannagang said after xQc accused him of trying to throw the match because he was mad that xQc called him a cheater on stream. "Shut the fuck up. Shut up, shut up, shut up," replied xQc.

In subsequent matches, he even tried to Widow duel Kannagang.

Eventually - to prove that he was, in fact, Kannagang - Sayaplayer logged on to his own stream. Almost immediately, a teammate asked him if he was cheating. "No, I'm Sayaplayer," he said, his words buoyed by a tidal wave of exasperation. "I'm streaming now."

Turns out, Sayaplayer really is just that good, something xQc went on to apologetically acknowledge later in his stream. Want (more) proof? Here's Saya during the same stream going on a headshot rampage in a deathmatch full of other Widowmakers: