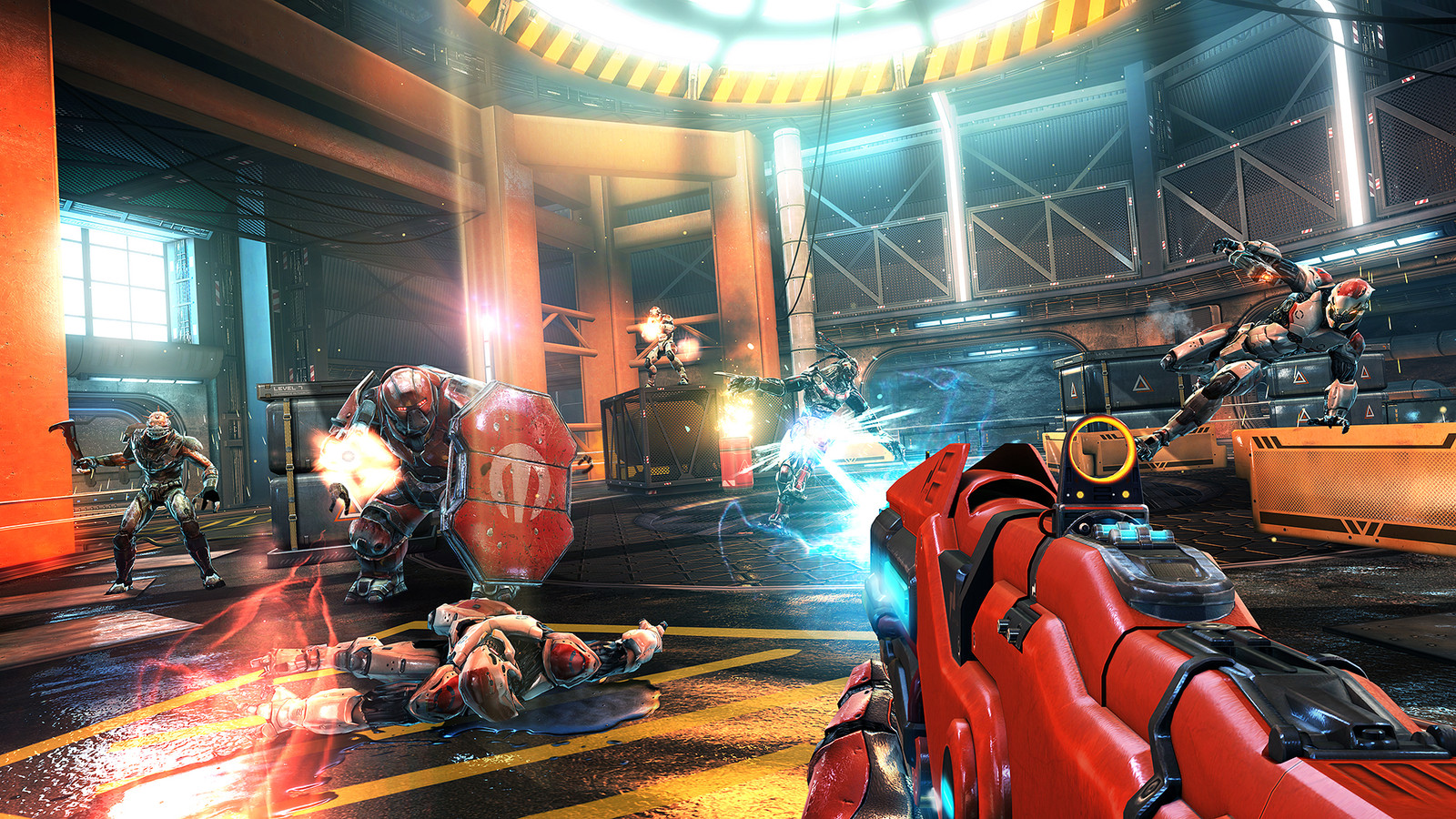 I’m not sold on Destiny 2. I don’t like the weapon and inventory changes, and in general, the game seems less like a big sequel and more like an expansion. Still, I’ve been itching to play something like Destiny. I’m surprised to report that I’ve found the answer in a free-to-play mobile clone. Wait, don’t leave! You might be thinking “How good can a mobile Destiny clone be?” The answer: Surprisingly good.

So how much of a Destiny clone is Shadowgun Legends? Well, you have a character level but more importantly you have a power level, which is based on the gear you wear. 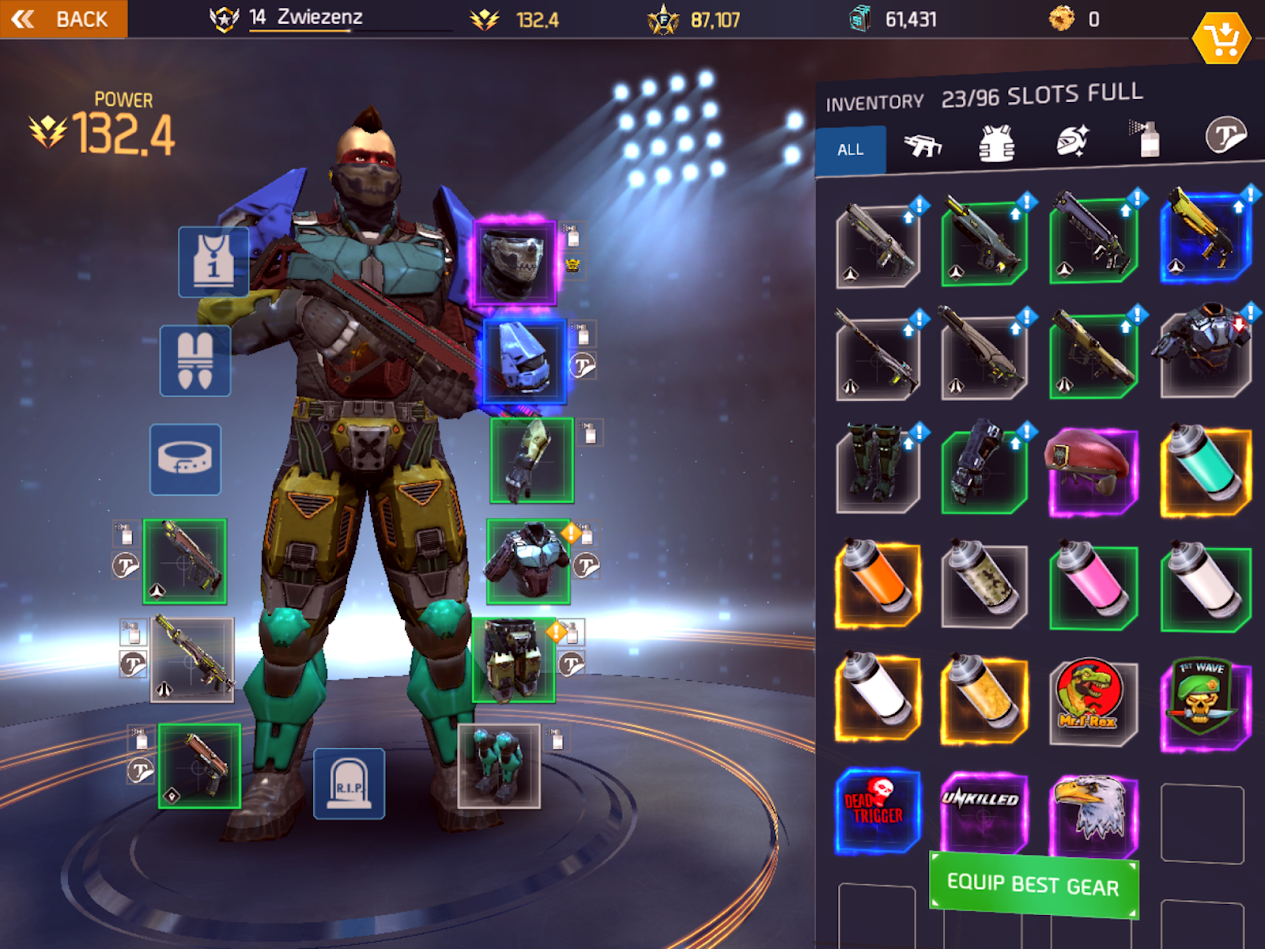 Ignore the inventory clutter, I just got back from a few missions.

You find different coloured holograms, which are decoded by a vendor and give you different types of loot. 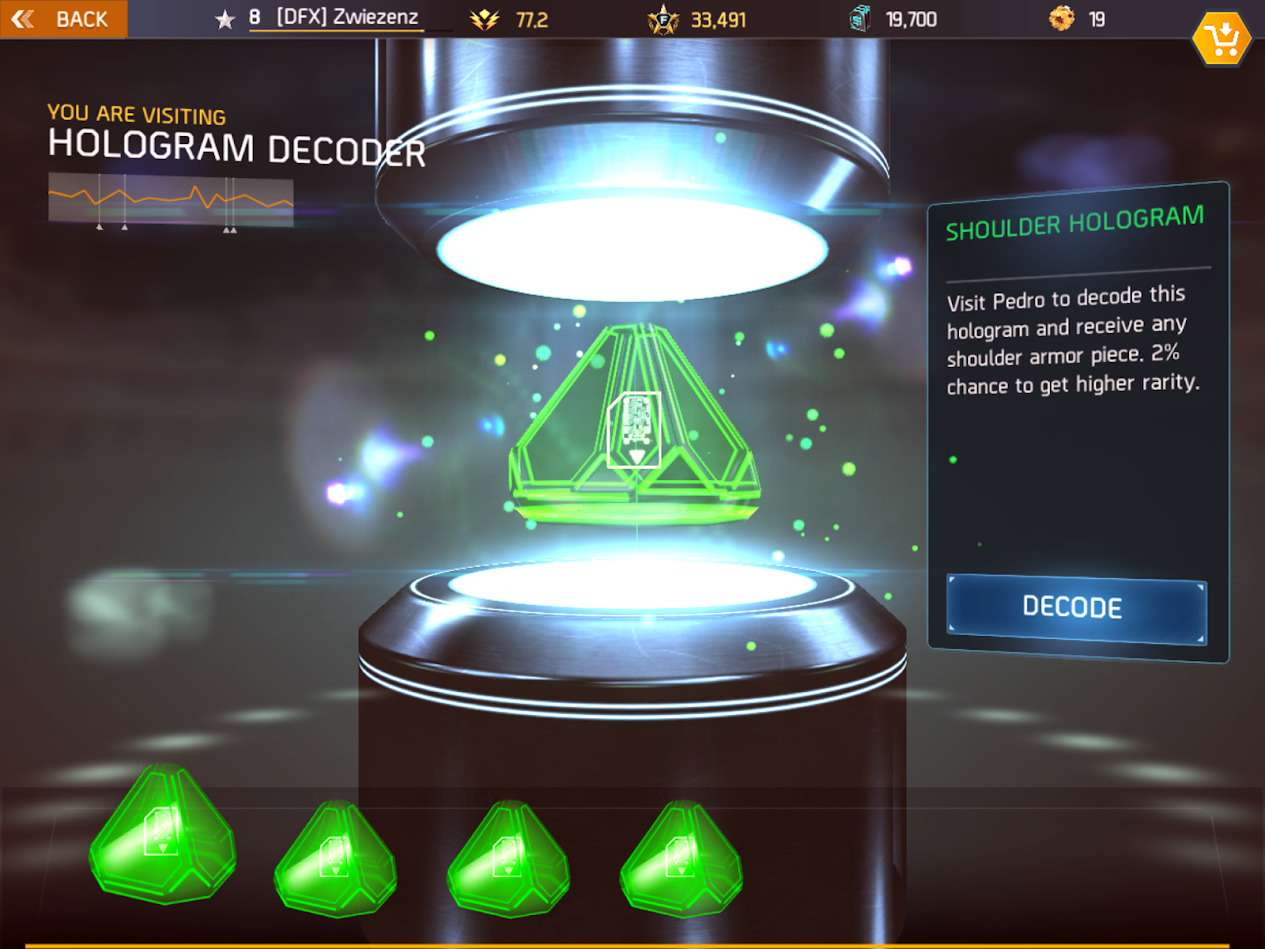 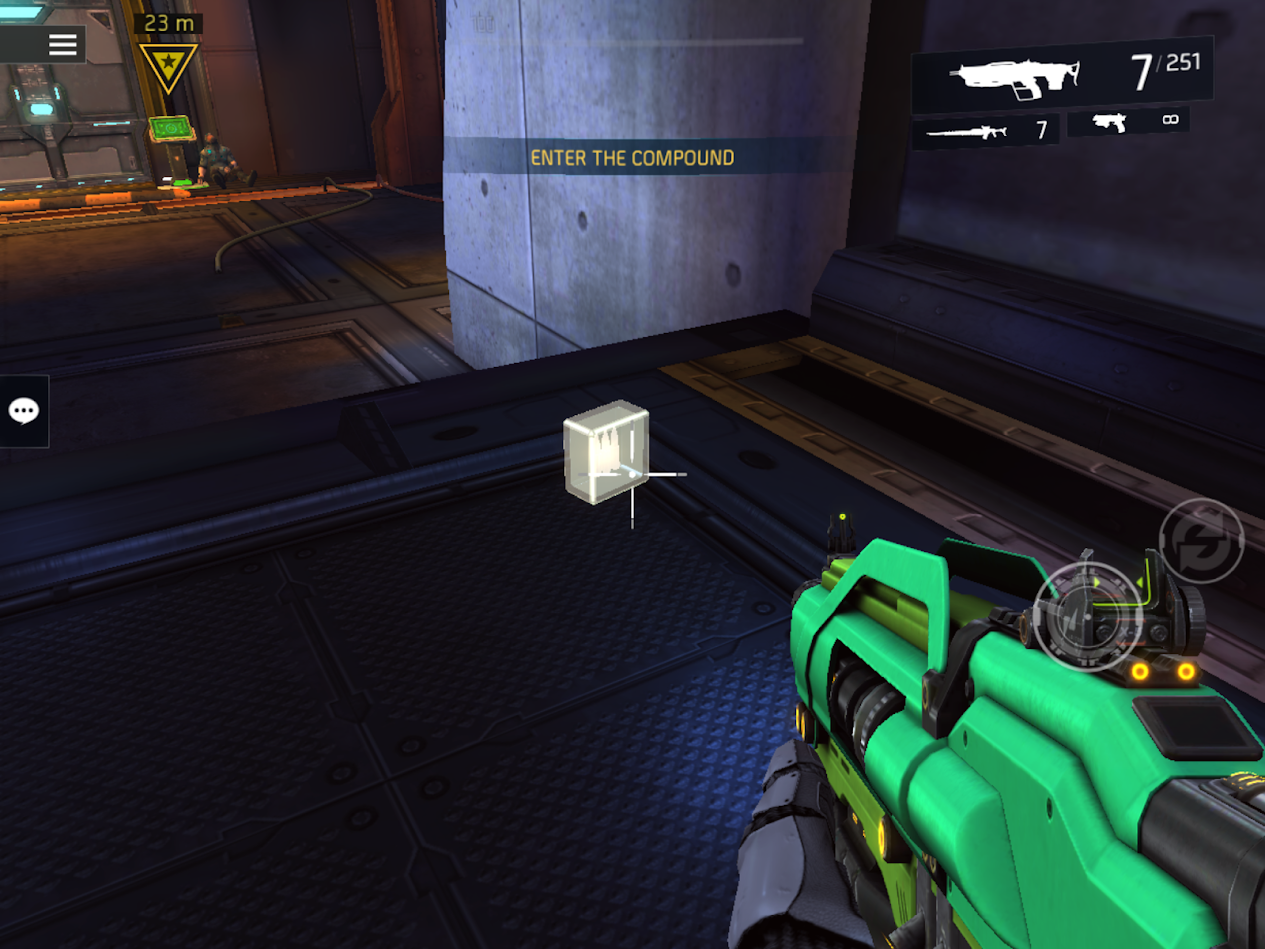 When not in a mission you walk around in third person in a multiplayer hub, with vendors, PvP options and other players. I still don’t know what was going on here.

You can join two different raids in groups of three, where you fight a big boss and earn a bunch of loot. 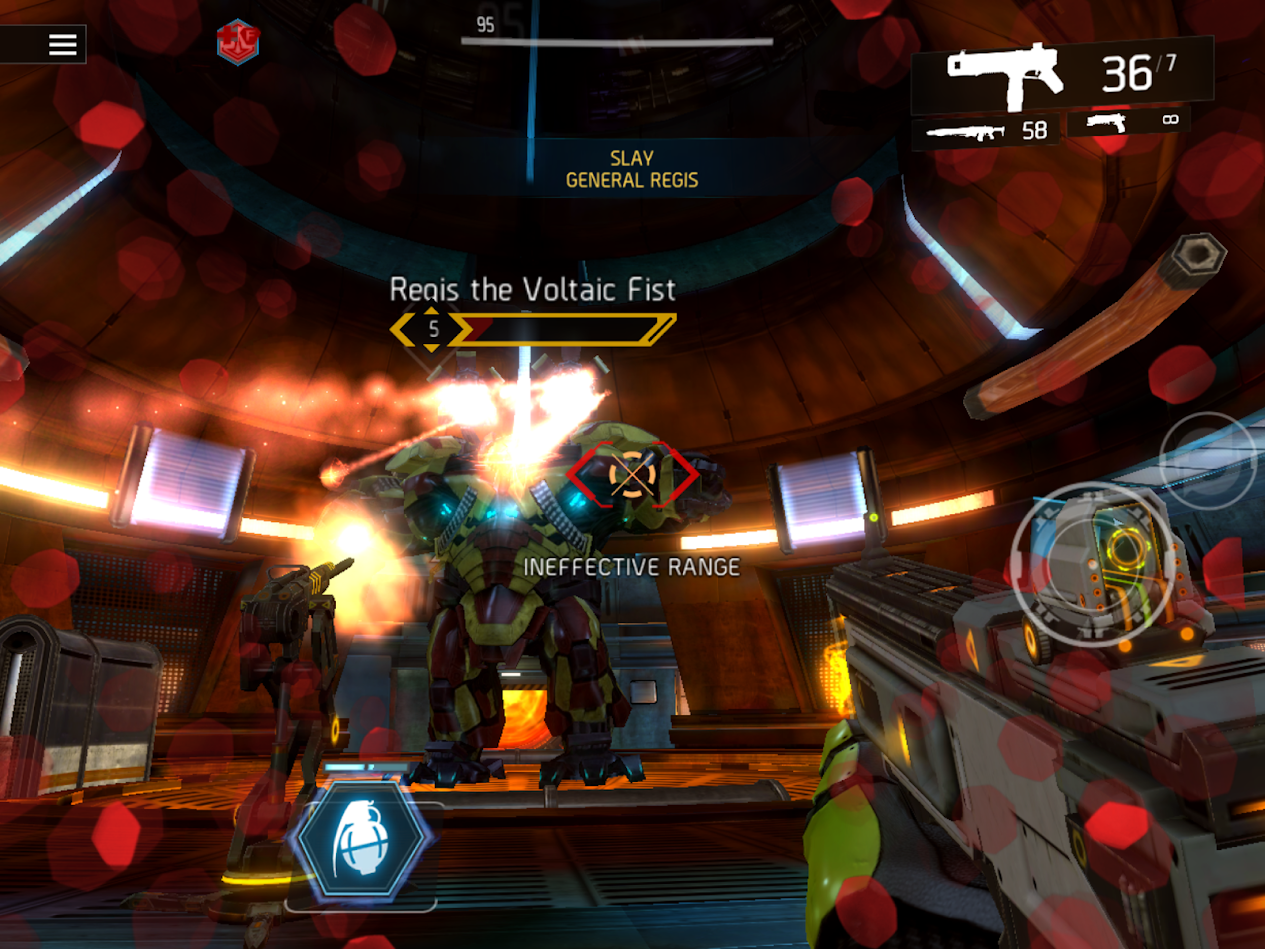 Even the menus and interface have a very Destiny-ish feel to them. Shadowgun Legends looks so much like Destiny in fact that at one point someone saw me playing it and asked, “Is that a Destiny mobile game?” My response: Actually… yeah, it kinda is.

The biggest reason I’m still playing Legends is that the combat feels great. Yes, a touchscreen shooter might sound awful to some, but Madfinger Games has a lot of experience here. Double tapping the screen aims down the sights. There is no jump button or crouch button, which simplifies levels, but also makes combat more fluid. A context-sensitive button pops up when hacking, talking to NPCs, or opening doors, which keeps the screen clear of virtual buttons.

Unfortunately, the lack of a jump button mean Legends never feels as vertical or open as Destiny. Still, I’ve really enjoyed gunning down baddies in Shadowgun. 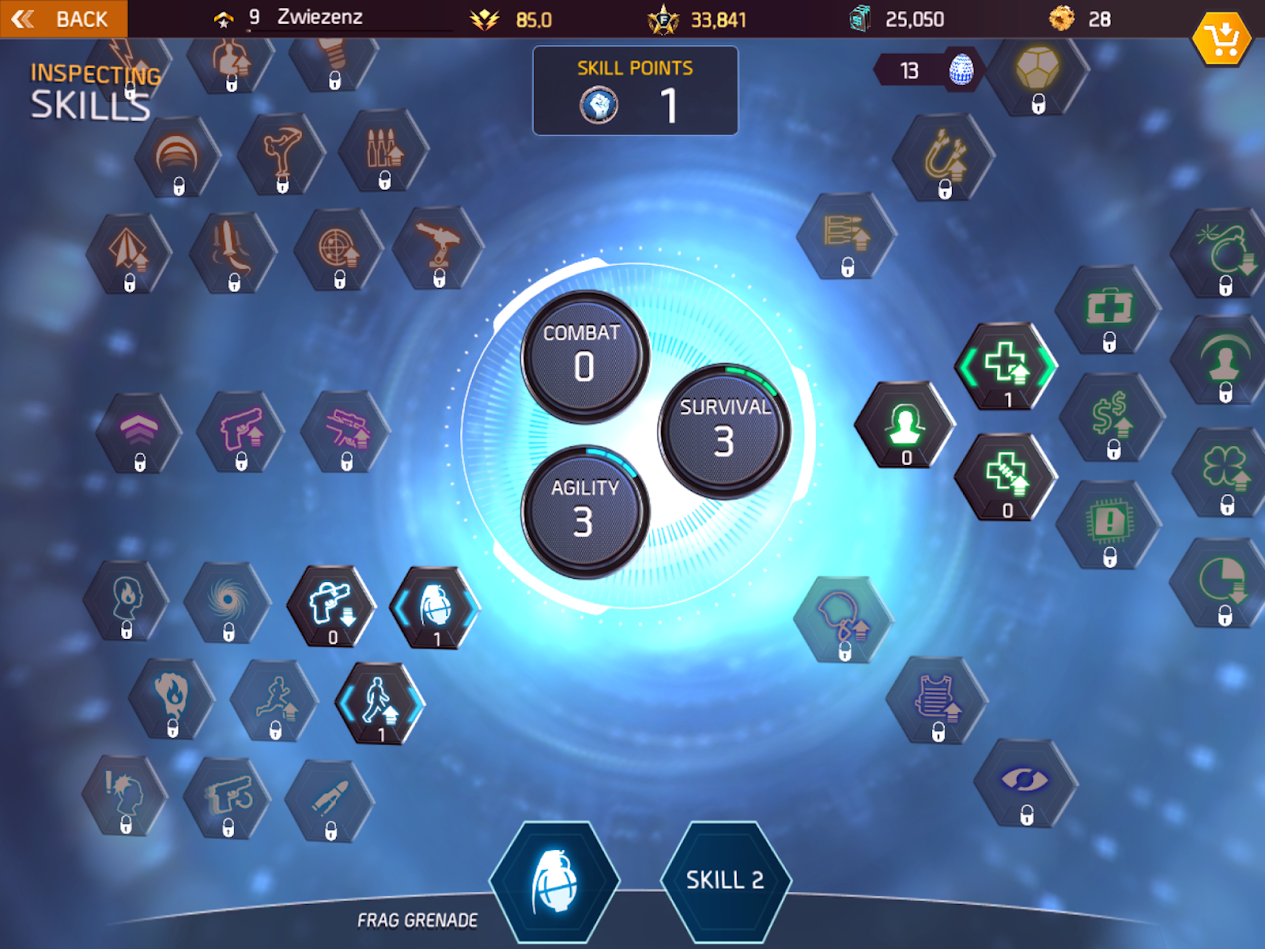 Similar to Destiny, Shadowgun Legends also has a large skill tree that unlocks abilities such as spawning turrets and healing teammates.

For those like me who preferred the older weapon system of Destiny 1, Shadowgun Legends uses a nearly identical system. You get a sidearm, a heavy/special weapon, and a primary weapon such as an assault rifle. Switching between them is as easy as tapping the top right corner of the screen.

But if you prefer a different layout, all of the in-game controls are fully customisable and movable. 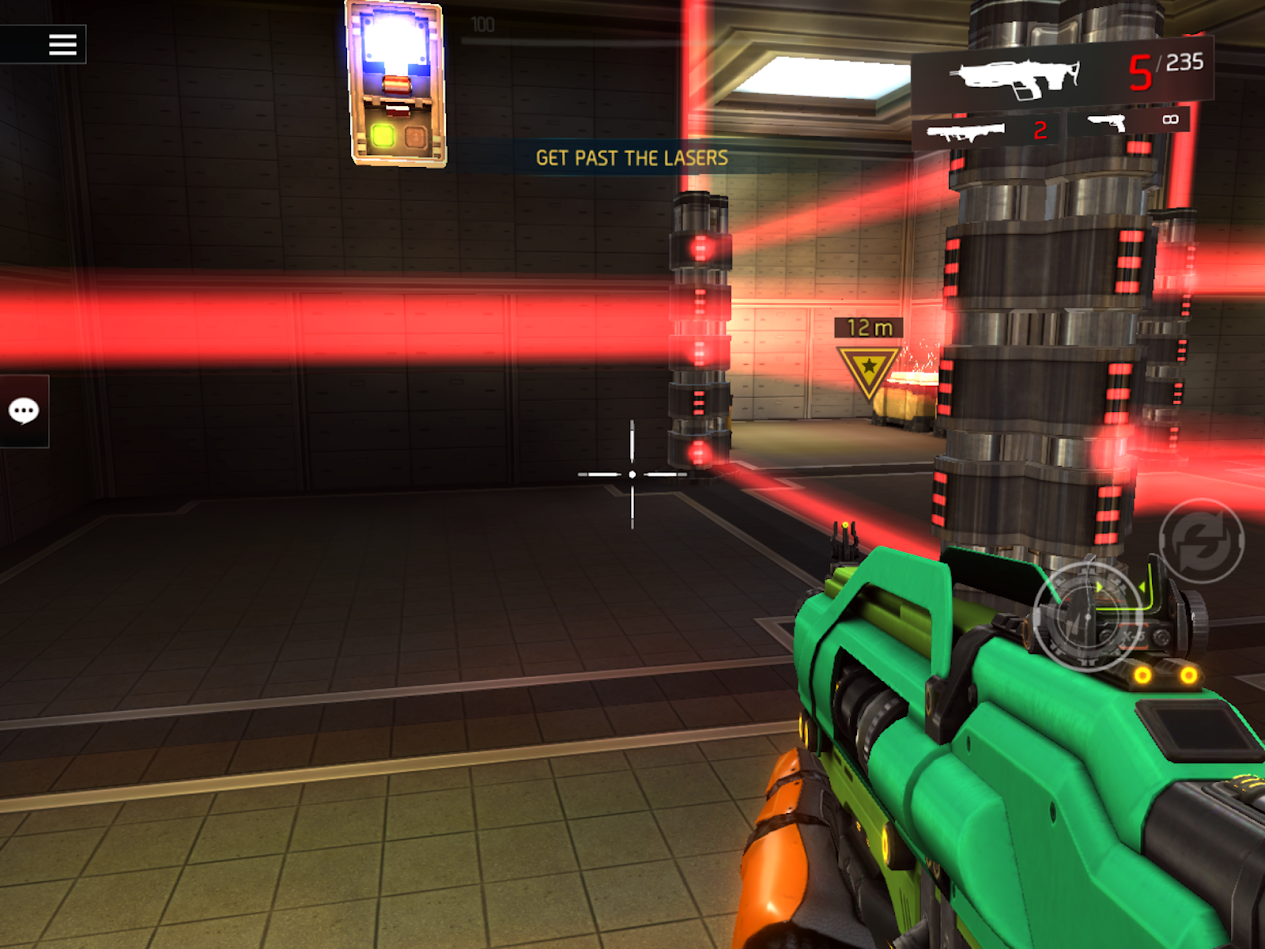 And for players who just can’t deal with touch controls, Legends supports gamepads. Shadowgun Legends, unlike Destiny on consoles, can also run at 60fps if your device supports it. The game looks great at a higher framerate and combat feels even smoother – assuming you have enough battery, of course.

Missions in Shadowgun Legends are thankfully much shorter than the ones found in Destiny. The average length is around five to seven minutes a mission.

Like Destiny, Legends requires you to do some missions multiple times. But because the missions are shorter, I never got annoyed with grinding in Legends. The shorter missions also makes Legends a perfect game to pick up for a bit while waiting for a game to install or while sitting at a bus stop.

Mission variety however, isn’t great. You will spend a lot of time clearing out rooms of enemies and hacking computers. But the short length makes mission grinding much more tolerable. One mission had me saving a video game streamer named DiePewDie, a not-so-subtle reference to PewDiePie. A different series of missions had me saving instruments from a famous rock band, which involved fighting fire ghosts. 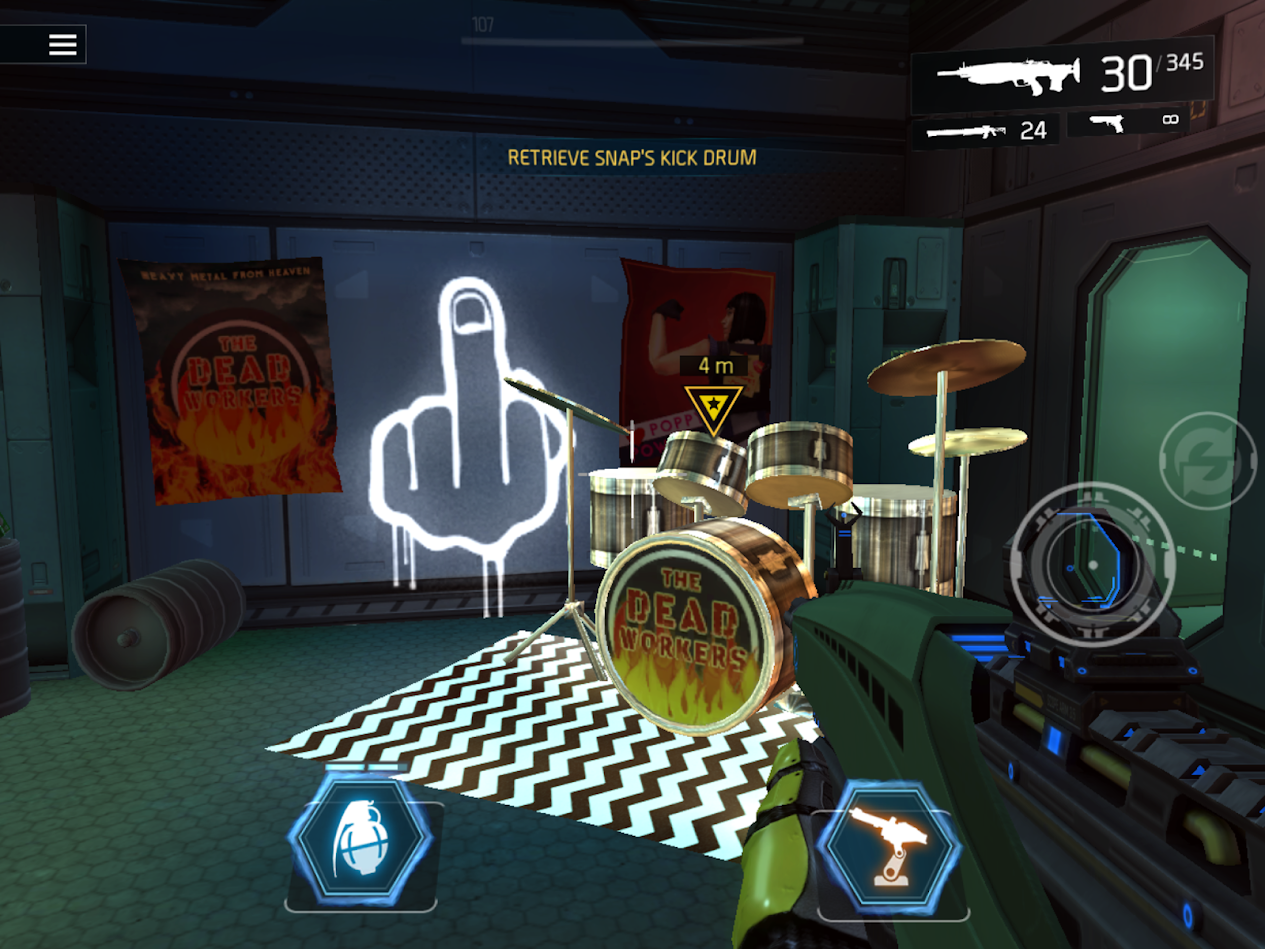 Some bigger missions take longer to complete: A raid, for example, can last around 30 minutes. The one I tried involved solving a few puzzles, such as timing our shots in small and specific windows.

One improvement over Destiny is that all activities support matchmaking, including raids, PvP, arenas and missions. This makes it easier for lone wolves to enjoy Legends. I just wish Shadowgun had voice chat. 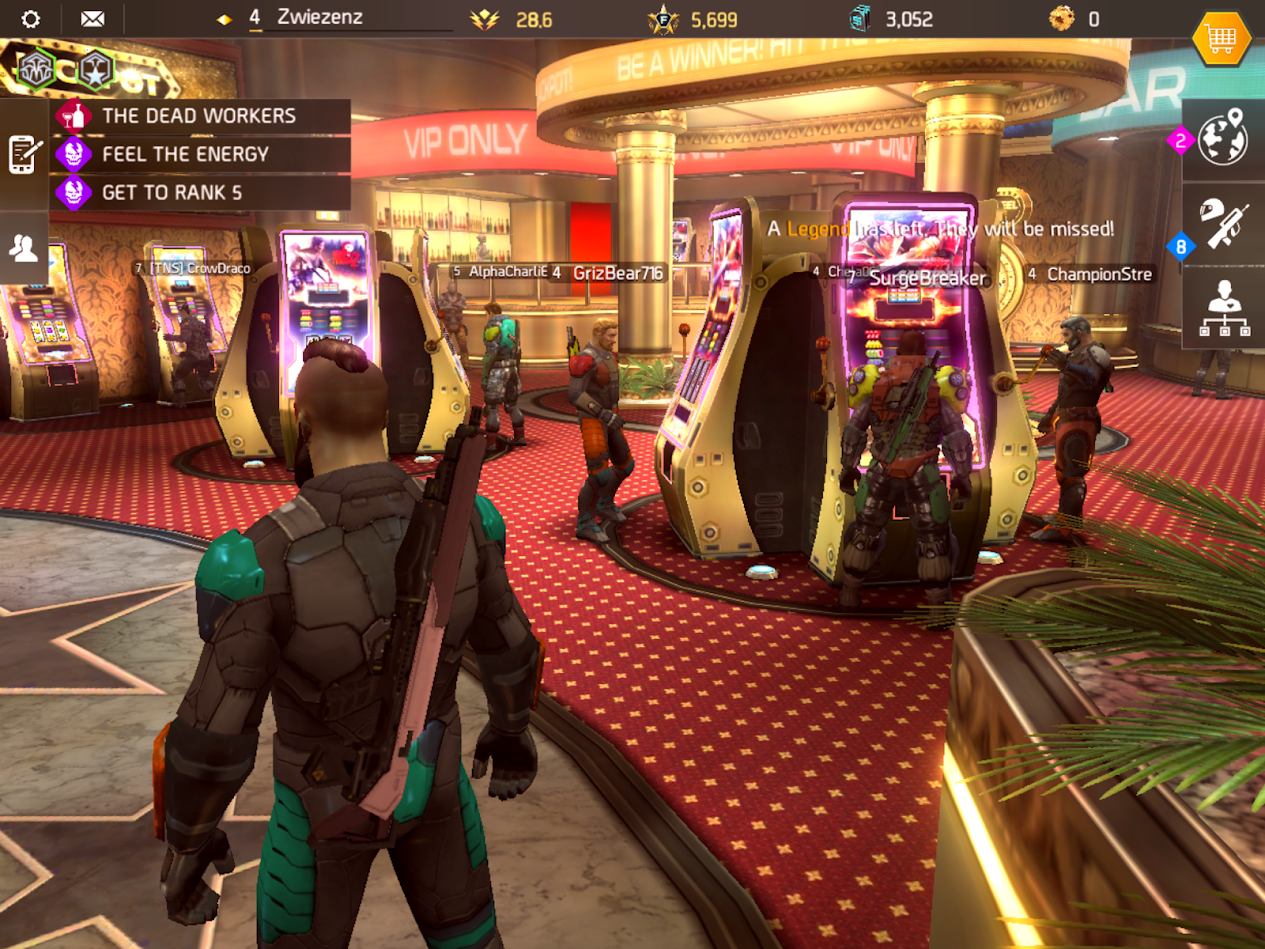 There are slot machines. You can spend real money in here. I don’t recommend it.

The hub you explore in between missions is very similar to the hubs found in Destiny 1 and 2. You have different vendors, people who give out challenges, and a place to start PvP events.

Oddly, like Monster Hunter, you can also earn buffs by drinking and eating different food and drinks. And if you eat too much, your character will actually get thick.

A little touch I loved in the hub was the way the game advertises higher level players on billboards. 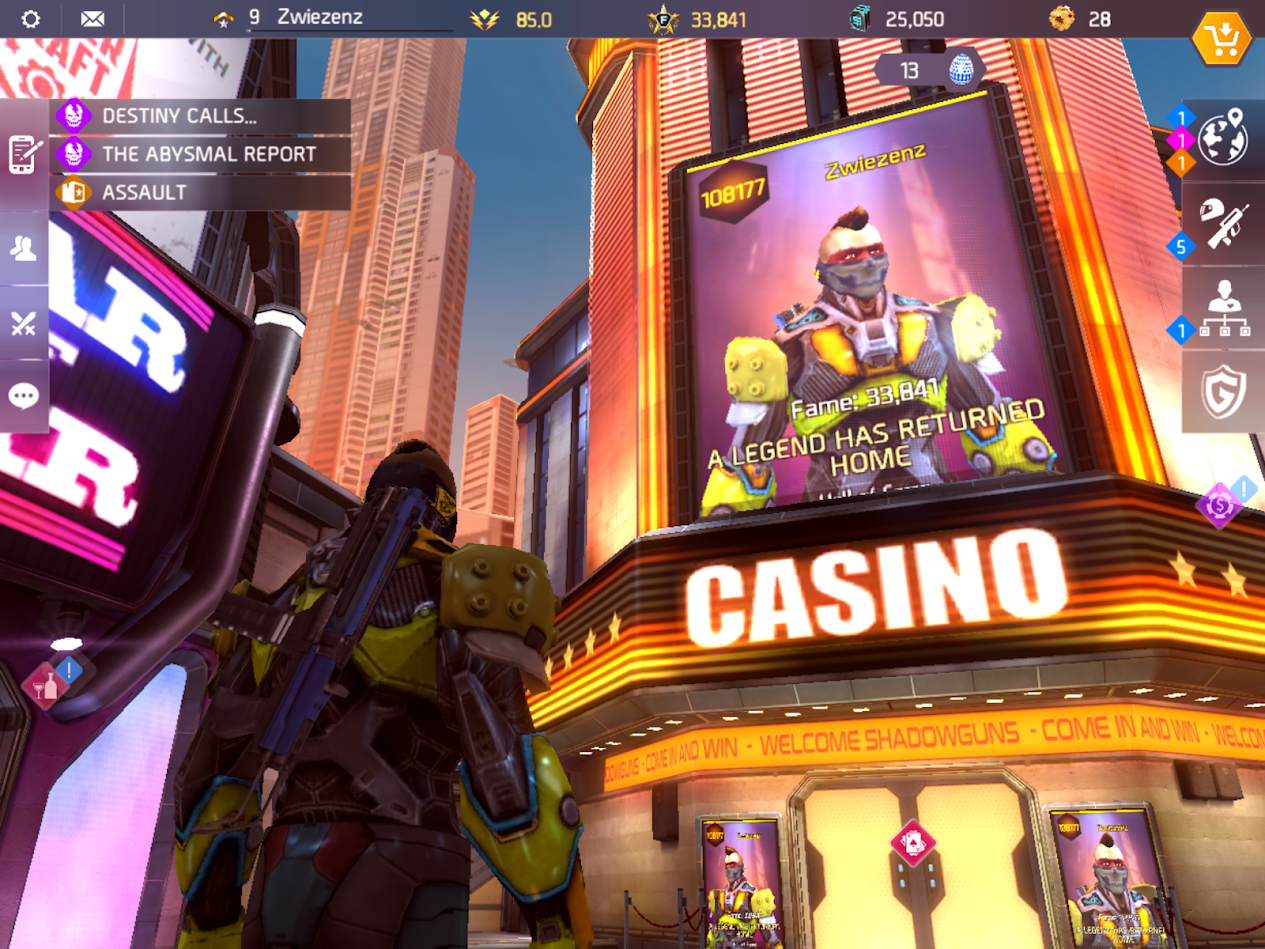 Shadowgun Legends lacks any energy or timers. While there are microtransactions, they don’t get in your way. A lot of the stuff you can buy is cosmetic, which includes a frequently rotating series of outfits and dance moves.

The biggest exception to this is the inventory space upgrade. You start with 15 slots, which is not enough. I quickly filled up after only two missions. Buying any in game currency, even just $7.99 worth, will expand your inventory from 15 slots to 96 slots. I highly recommend doing this if you have any desire to play Legends beyond the early hours.

Shadowgun Legends also has more personality than Destiny. At times, maybe too much personality. You get called a badarse a LOT in this game.

Regardless, I do enjoy the lighter atmosphere of Legends: There’s a fun android running the bar, you can get drunk, you save famous people from parties gone wrong, you can dress up like an angry cat or set off money bombs in the hub space that will rain down credits for other players to catch. Destiny doesn’t seem as playful. 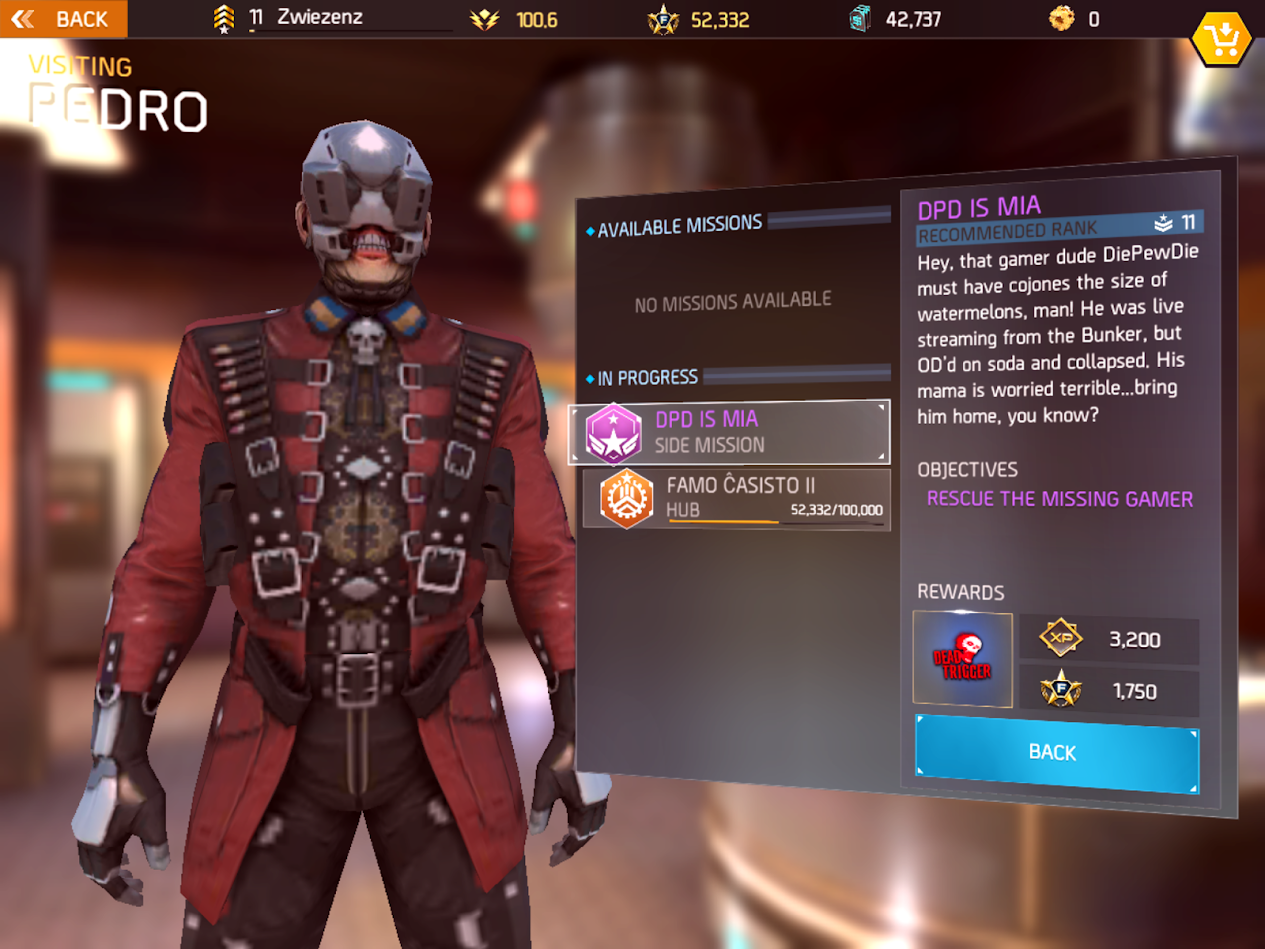 Pedro decodes your holograms, so you’ll hate him just like you hated Rahool.


Shadowgun Legends is a surprisingly well-made Destiny clone that just so happens to be one of the best mobile shooters you can play right now. Come for the Destiny 1 fix, but stay for the exciting hub, fun atmosphere and grindable missions.