I’m a big fan of action games, and the cream of the crop is Devil May Cry. The series has always had the right mix of tricky combo creation and carefree fun. When developer Ninja Theory reimagined the series in 2013’s DmC: Devil May Cry, an anarchic mood and redesigned Dante upset some fans, including myself.

Having waited years to finally play the game, long after any controversy has died down, I find myself enjoying it much more than I thought I would.

When I was growing up, there were are few staples of my gaming diet. I would play Metal Gear Solid 2: Sons of Liberty multiple weekends in a row. I couldn’t get enough of Resident Evil‘s monster filled corridors.

There was also Devil May Cry, a reckless action game about the badass demon hunter Dante. He was a cocksure party lover, a hardcore swordsman, and a flirty ladies man. But he was also flawed and human, occasionally overconfident and often brimming with anger. As the series title indicates, he even cried, a rarity for badass video game men. The best version of Dante was in Devil May Cry 3, a prequel set before the rest of the series. Dante starts off as a wild spirit before a dramatic conflict with his brother Vergil helps him mature.

Also, he had nunchucks. Dante’s complexity made him beloved by series’ fans, which was why so many disliked Ninja Theory revamping the character into a smart arse, trailer park punk.

It was a radical departure, less Castlevania by way of John Woo and more along the lines of a Blink-182 frontman trapped in a Clive Barker story. At the time, I let the game pass, content to stick with Devil May Cry 3 and one of my personal favourite action games, Metal Gear Rising: Revengeance.

Last week, I finally decided to give it a go. I’ve found DmC: Devil May Cry to be an entertaining reimagining of one of my favourite characters. He retains the carefree attitude of the original version but merges that with an acerbic edge all his own. He’s sexual and irreverent in ways that his original version could never be, a dirtbag with a magic sword.

Throughout the game, he starts to understand that the fight against the demons isn’t just about personal satisfaction — he watched demons kill his mother as a child – it’s also a chance to make a difference. Cliche as it might be, he learns to care. 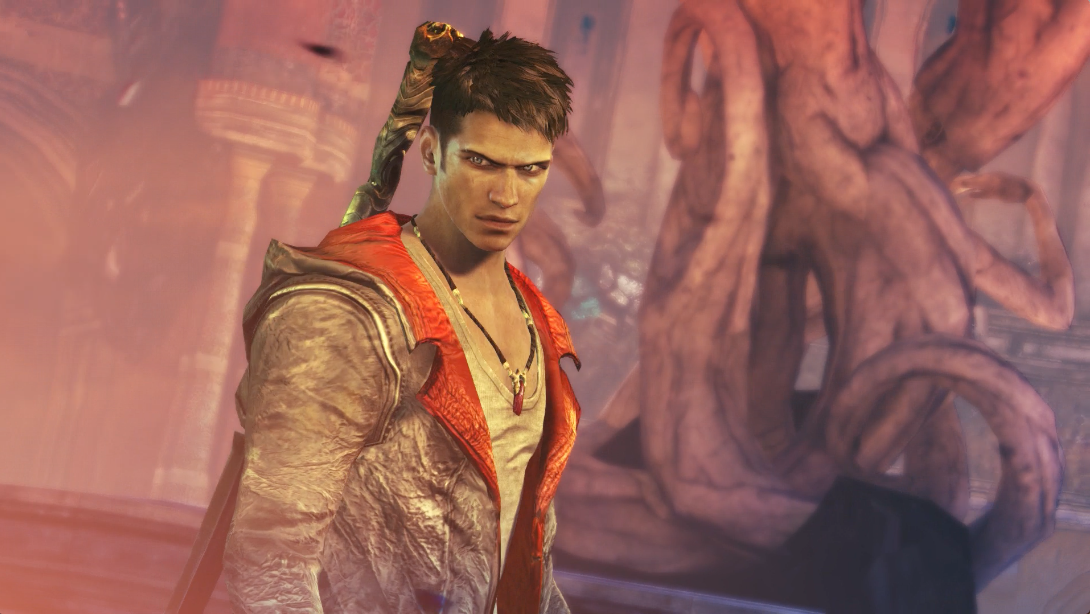 Enthusiastic players bring an energy to any game they play, but they can bring judgement or protectiveness over things they love. Years back, I might have written the new Dante off as too different than the source material. With the benefit of time, I’ve come to appreciate him on my own terms.

Sure, he’s not the same, but that doesn’t mean he’s worse. His difference provides a refreshing variation on the familiar stories from the series’ early days. By taking my time to get to DmC, I can see good qualities of the character I might have missed, and I’m having a blast as a result.