I Love Complaining About Destiny 2 While Playing Destiny 2 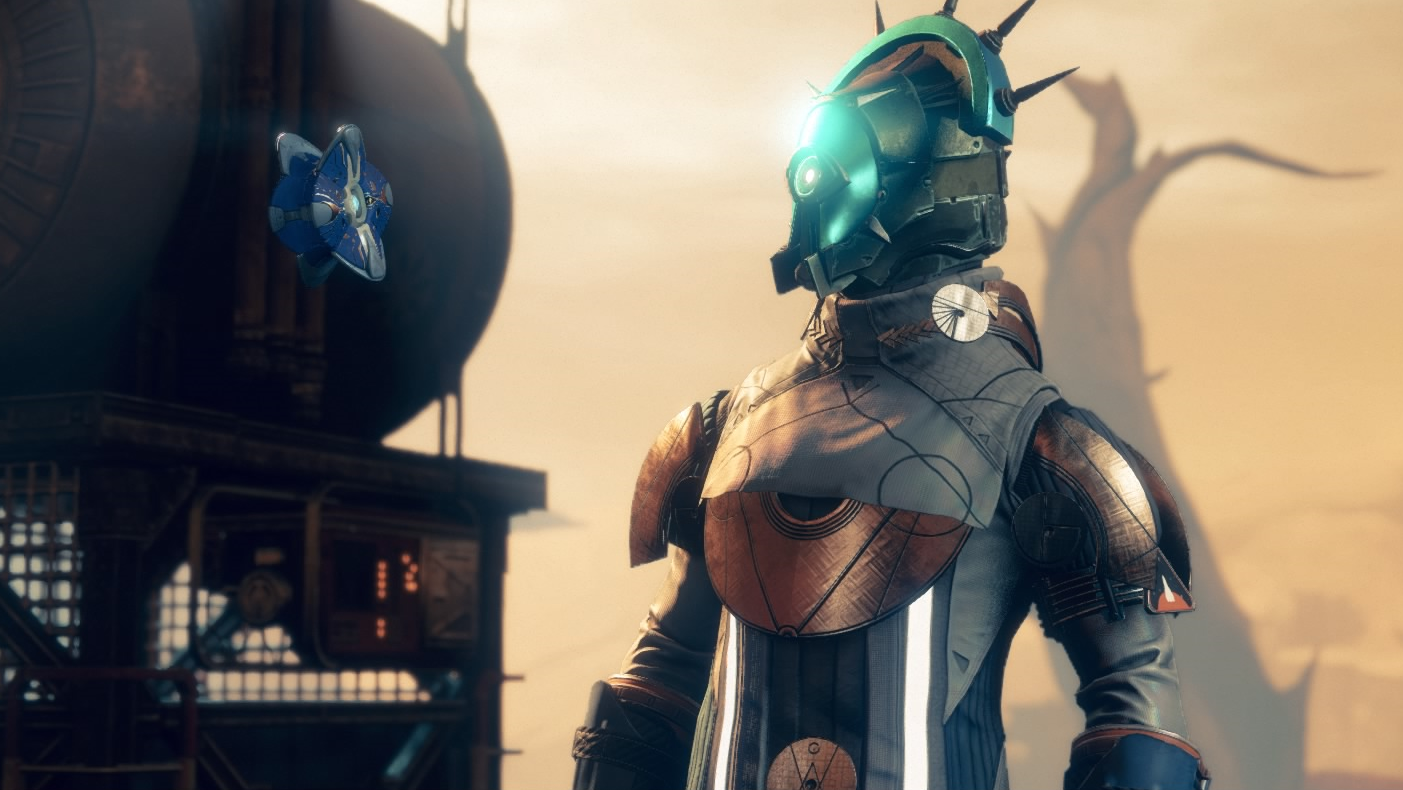 I love the feeling of getting back into Destiny. No matter how long I'm away, picking it back up again is like slipping my hand into a well-worn baseball glove. After hundreds of hours exploring planets and killing everything in sight, things like the light double-click of the jump button to glide while sprinting as my Warlock feel both comforting familiar and still almost as good as the first time I did them.

But of all the great aspects of diving back into into Destiny's universe, my favourite remains complaining about everything that's wrong with the series.

I stopped playing Destiny 2 last year only a few weeks after December's Curse of Osiris came out. The sequel had worn thin, and its first expansion, as well as Bungie's monthly trickle of tweaks, hadn't helped much.

Despite hating large parts of Destiny 2 — the increased role of microtransactions, a tedious new system of tokens and loot boxes, the lack of daily bounties — I'm always looking for a reason to play more of it. Secretly it's all I want to do. If Bungie rolled out new expansions every month, I might never play anything else. Ultimately, all of the hate comes from a place of deep, unconditional love.

So once I realised I'd already bought the game's season pass, I downloaded Warmind and got back to the grind.

The game got a large new update in addition to the DLC this month which, among other things, added an important quality of life improvement that people have wanted, and been cursing the lack of, since the first game was released. Destiny 2 now lets you scrap items from the postmaster, the game's unofficial inventory overflow repository.

The friend I resumed playing with noticed immediately and we both chuckled with relief at this latest improvement. Destiny is always changing in granular ways that are easy to list as a bullet point in a set of patch notes but hard to appreciate unless you've spent years under the metaphoric thumb of "how things used to be."

Relief over improvements like these are always short-lived, and often help to highlight other perceived shortcomings in the game. I like to grind through this game, and I admit that all these little changes doesn't stop me from having some fun grumbling about it.

Every time my friend and I pick up a new legendary engram we squeal with delight and then immediately joke about how it's probably just more worthless crap. Destiny 2's new stretched out grind has more casualties than ever, making it easy to feel more like someone recycling glass bottles than a protector of the solar system against the forces of darkness.

"Are they ever going to fix the guns in this game?" one of us will say. "I miss secondary weapons that actually felt good and mattered." Both our vaults are filled with junk, and yet we keep adding to them every time Bungie boosts the cap on light levels. 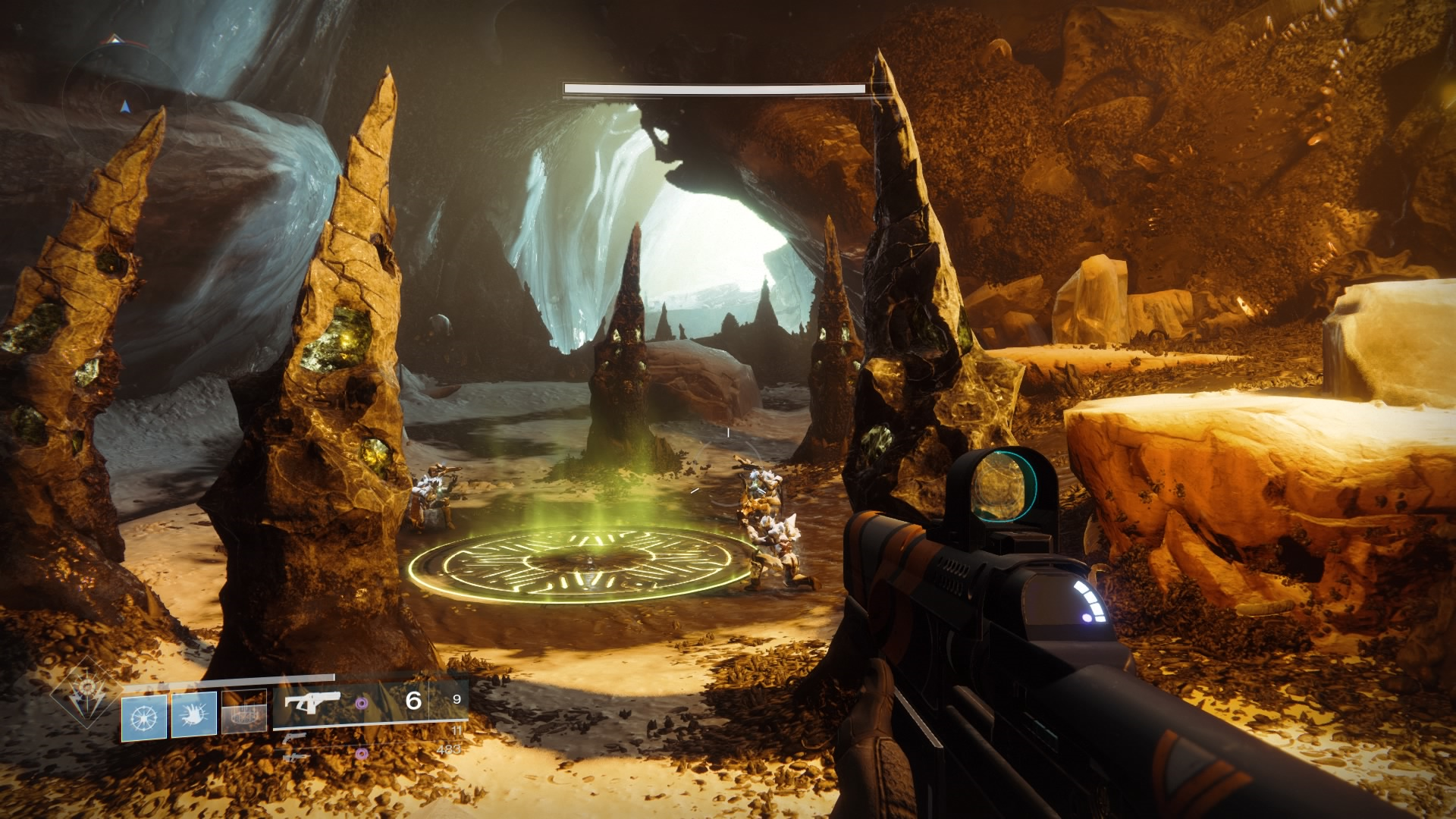 And then there's each expansion's story content: discouraging when experienced alone, but enjoyable to laugh at when played with other people. Warmind takes place on an icy section of Mars.

Instead of adding a new enemy type, Bungie effectively added Ice Hive. "We've never seen anything like this," your ghost says when you first encounter them, a meta joke that gets a hearty laugh and sends us spiralling down into a conversation about how unbelievable it is Destiny hasn't really had a new enemy, race, or class-type in years.

The game is packed with annoyances that are easy to grip about. Getting mod components, for example, is a tedious process that Bungie at least plans on fixing later this year according to its latest development road map. For now my friend and I have made peace with the way mods work in Destiny 2 by constantly rehashing old discussions about how terrible it is.

Mods do very little but are also one of the few ways the game lets you customise your character's loadout. Like a lot of things throughout the series, they are broken but necessary. "And then every time you infuse a weapon to increase its power the mods reset," one of us says while the other nods. "What's even the point?" There is none, as far as I can tell.

I've never played a shooter that both felt as good and looked as gorgeous as Destiny, and I'm happy to constantly clog up the fireteam voice chat channel with complaints if it helps take my mind off all the things in Destiny that bother me. I love it. I loathe it. I'll keep playing it, grinding through it as more shiny loot pops out of an alien's body for the 100,000th time.