Lu Over The Wall Is A Delightful Film About Mermaids, Music, And Growing Up 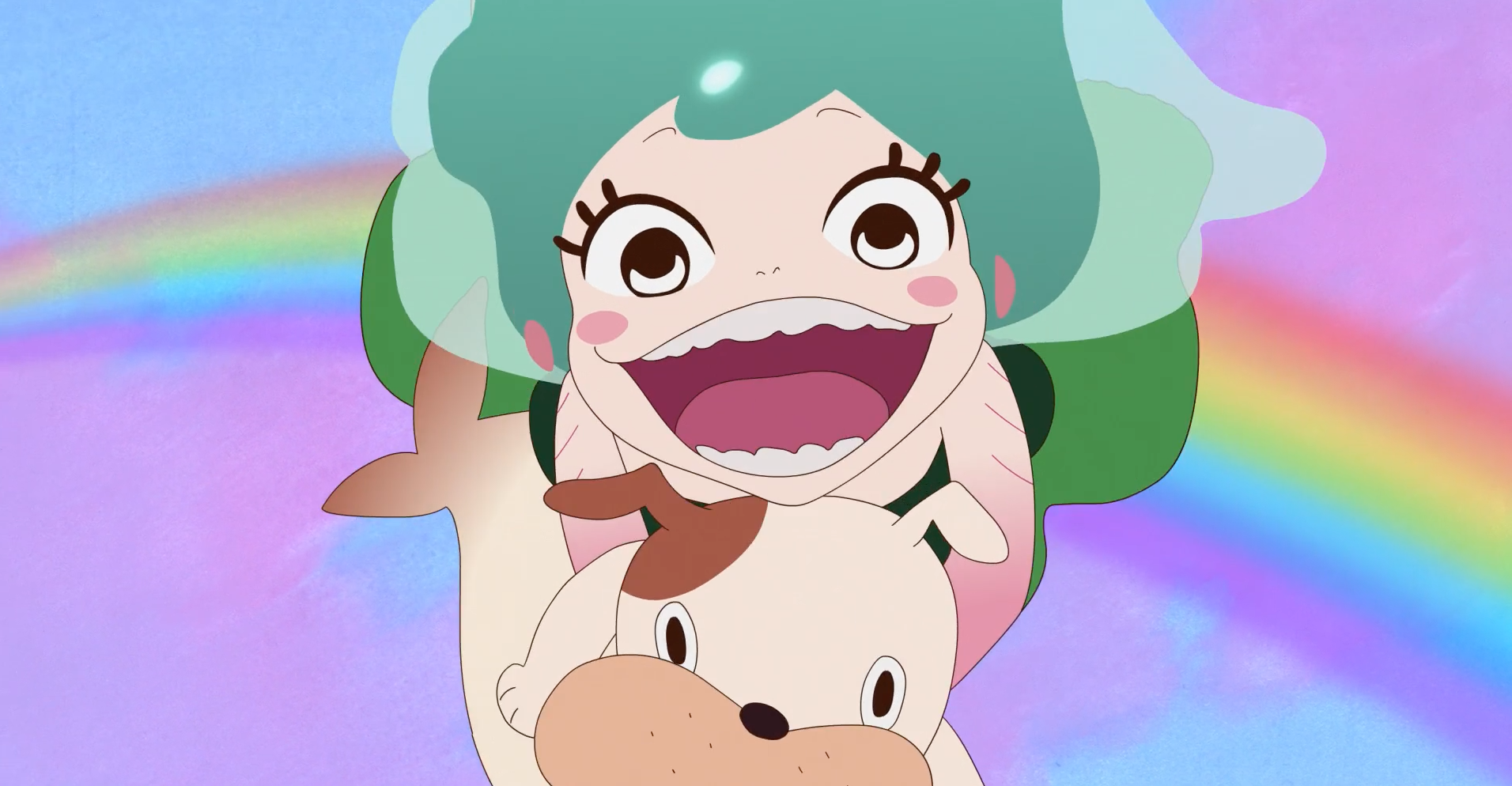 In one scene in anime movie Lu over the Wall, a band of incognito high schoolers stuff a mermaid in a cooler for their gig at a fishing town's lantern festival commemorating loved ones lost at sea.

The mermaid is Lu, a music fiend who can magically inspire raucous tunes. She's the band's ticket to the big time, but the town is sure that mermaids are people-eating demons - apparently one cause for townspeople disappearing in the ocean.

As solemn lanterns float into the sky, Lu kicks off a funky bassline. Grieving attendees can't help but tap their feet. Soon they're square-dancing. They can't help but enjoy themselves.

Released in the United States, Lu over the Wall has some solemn themes: giving up your dreams and settling for a comfortable life, not letting family define you, pushing aside personal biases to understand other people.

It's also engineered to be flashy, entertaining and - in the traditional style of its director Masaaki Yuasa (Mind Game, Devilman Crybaby) - electrifying. If you're watching it to feel good, you're gonna feel good. But much like Hayao Miyazaki's Ponyo - also a children's movie with adult-ish themes - it might not satisfy viewers looking for something a little deeper. 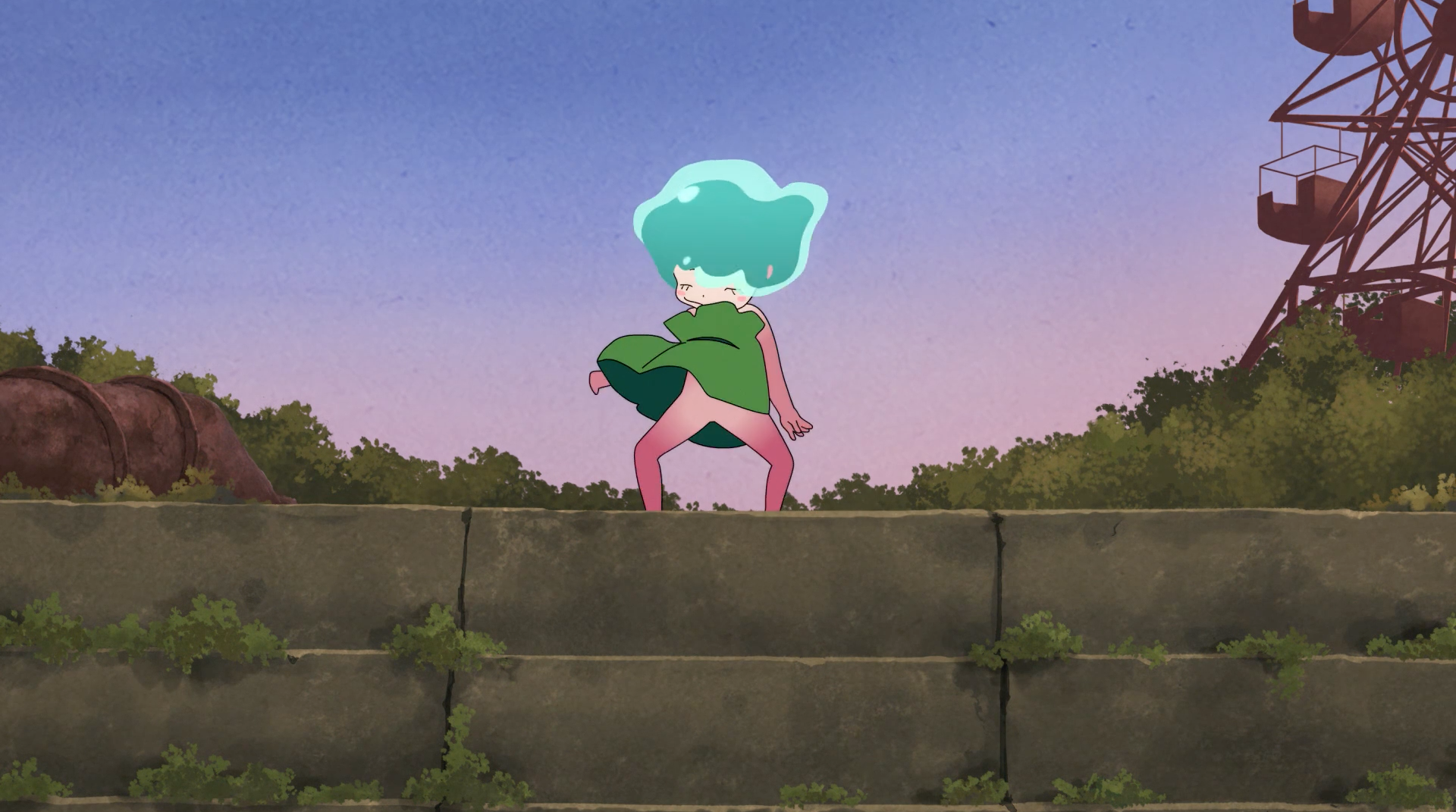 The star of Lu over the Wall is middle-schooler Kai Ashimoto, a jaded Tokyo transplant who moved to a small fishing village after his parents divorced. That village is apparently cursed by mermaids angry that fearful townsfolk killed one of their own.

He begins to open up to her about his parents and his dreams. Once Lu is discovered and threatened by mermaid-fearing townspeople, the curse awakens to threaten everyone.

Through the plot's high and low points, Yuasa's hand as a director is apparent in Lu over the Wall's psychedelic animation sequences. In one, it's revealed that a mermaid's bite can transform other living creatures into mermaids. Feeling for the town's sheltered dogs, Lu frees them by turning them into merdogs.

The animation is whimsical and dreamy: 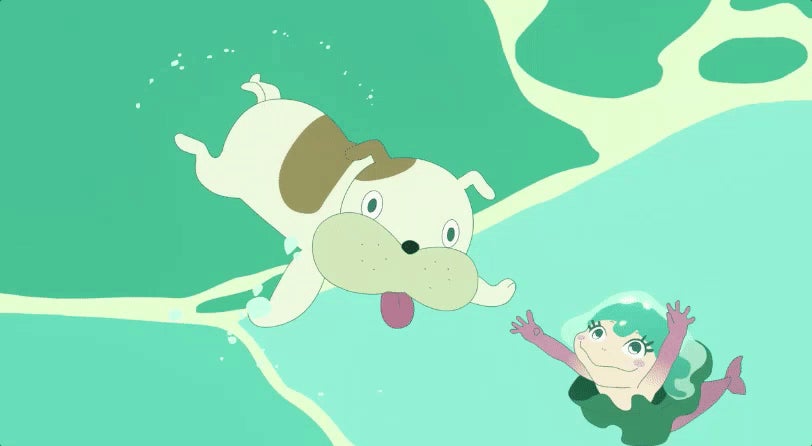 Here are the townspeople getting down to Lu's funky show at the lantern festival, the exaggerated movements recalling the early days of Disney animation. 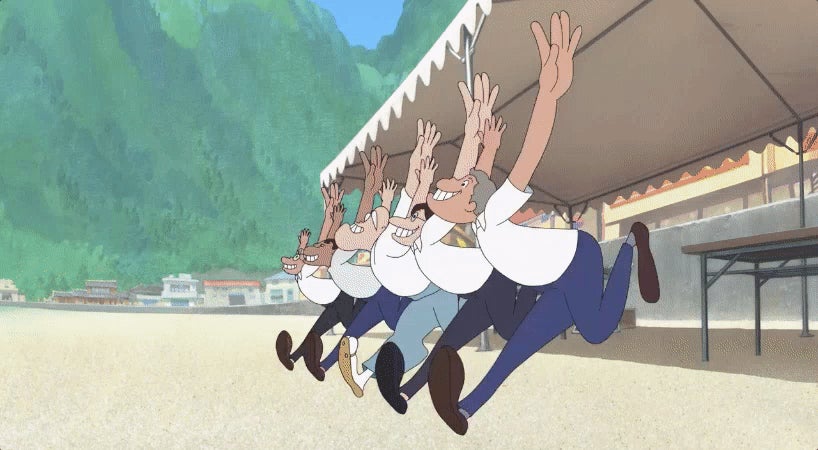 And here's when Lu takes Ashimoto, who can't swim, underwater to her mermaid hideout: 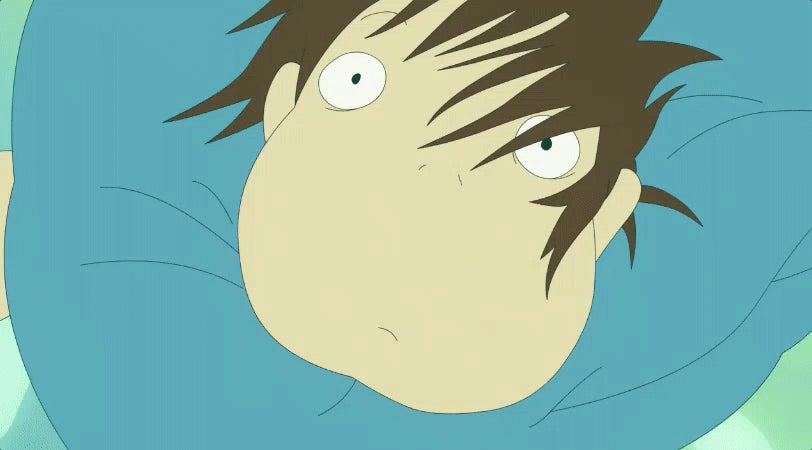 Yuasa taps into dozens of animation styles throughout Lu over the Wall, all picked from a grab bag of references, that fill the movie with small visual surprises. These are the easiest moments to fall into, alongside the ones unfolding alongside the movie's inviting soundtrack of saccharine pop and sadboy rock.

Lu over the Wall is concerned with the conflict betwen following your dreams and falling in line with what's expected of you. While Ashimoto's mum was pursuing dancing in Tokyo, his dad had returned to the fishing village where he grew up to make parasols and fish.

His dad encourages him to focus on his studies instead of music. Ashimoto's town, it appears, is at large populated by people who had given up: During a school lecture one day, a local fisherman explains how, after trying to be a dancer in Tokyo, he learned that "we're all allowed to dream but eventually we gotta make a living."

Lu is the patron saint of Ashimoto's music and, consequently, a stand-in for the unbound creative spirit the older townsfolk are afraid of. Eventually, Ashimoto saves his town with the power of his music, like any good protagonist would in a feel-good kids' movie.

Then, he says he'll go to college somewhere abroad, explore the world. The creative fog, and the curse, has lifted. Everyone's free to be themselves now, in moderation and, ideally, in exchange for money. Someone even opens up a mermaid theme park that employs townsfolk and brings in tourists. 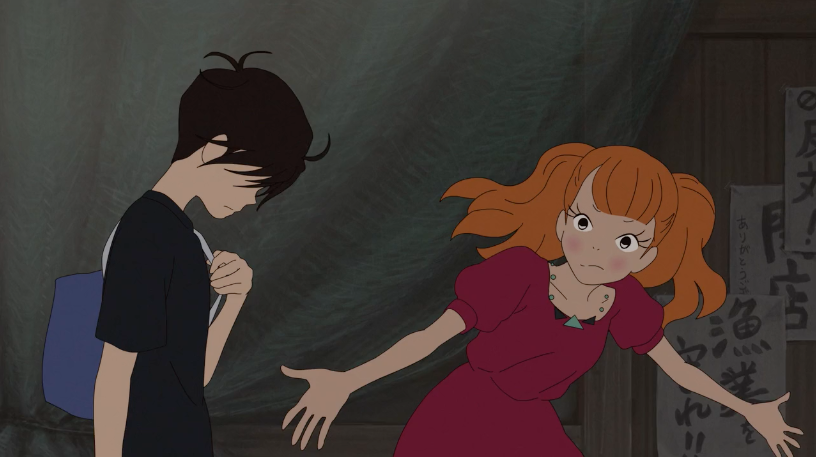 Lu over the Wall checks a lot of boxes: beautiful, fun, thematically coherent. In the process of delivering such a fine, polished product, the movie sometimes lacks soul.

Its characters - so fitting as devices for the movie's plot - don't feel like characters so much as ideas, Lu especially. It's hard to imagine these people existing in a world outside the tight confines of Lu over the Wall's tight plot. That's also why, as the movie's tension ramped up in its final 45 minutes, it became less grabby.

Without strong characters to get invested in, watching Lu over the Wall's back half felt more like witnessing a battle of big ideas, versus individual people's lives unfolding.

If you're familiar with the rest of Masaaki Yuasa's work, which includes Ping Pong, Tatami Galaxy, Mind Game, and, most famously now, Devilman Crybaby, it might be surprising that, despite its grabbiness and mirth, Lu over the Wall isn't soulful.

What's unsurprising is that, despite this, it makes you want to keep dancing.