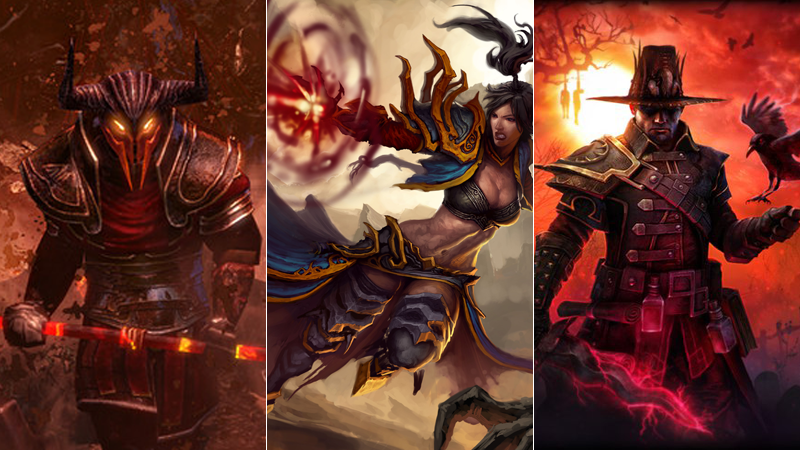 They have been called many things over the years. Isometric RPGs, hack'n'slash RPGs, ARPGs, Diablo clones. But one thing is certain: They wouldn't exist if Diablo didn't come out in 1996. Diablo and its sequels spawned a whole catalogue of isometric action RPGs. It's a catalogue of sometimes pretty similar games, where finding the best one for our taste can be difficult. Hopefully our guide will help in the selection.

This story has been amended since it was originally published in April 2016.

Despite all these games being in the same genre, this is not a ranked list. It's also worth mentioning that while series such as Borderlands, Secret of Mana or Kingdom Hearts (and many more) are often called ARPGs, this time we only focus on the ones with an isometric view, deep character customisation and a loot system similar to Diablo's.

Path of Exile is one of the most popular alternatives to Diablo III because of its nearly infinite character build possibilities, extensive endgame, constant updates and similarities to Diablo II. So everyone who wanted Diablo III to be another Diablo II might need to go for Path of Exile instead. The unlimited customisation comes from a pretty cool skill gem system, a labyrinthine passive skill tree and a ton of minor features unique to this title. It's free-to-play, supported by microtransactions that don't really hurt the gameplay (think extra stash tabs, additional character slots, cosmetic items).

You can grab the game on Steam for PC.

The newest game (it came out in February) on this list is also one of the most exciting and complex ones. Grim Dawn's a game for those who like to spend hours figuring out the best possible builds and skills for their characters using the available loot. It has a dual class system, a secondary skill tree based on star constellations, skills acquired via items and a huge amount of rare item affixes. The dark setting might look generic at first, but that won't matter when you've got gameplay with layers upon layers of deep customisation. 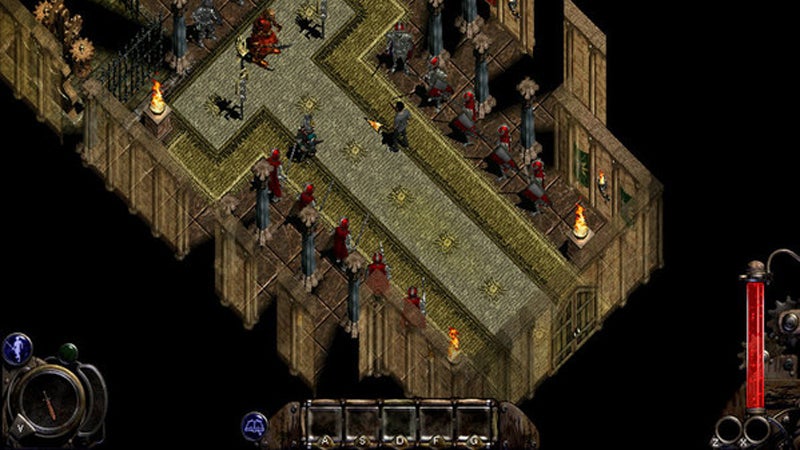 While Westwood's Nox doesn't have random dungeons, the storyline is different for each of the three character classes, even if the main plot is the same (a young guy from Earth is pulled into a fantasy world filled with necromancers, and has to return home). Besides that, it's a fun, fast-paced hidden gem that was overshadowed by other RPGs in its time, but even now it's absolutely worth a playthrough.

You can buy the game on GoG for PC and Mac.

Van Helsing's theme is a mixture of horror and steampunk elements, set in a gothic-noir version of 19th century Europe. The game has six playable classes that fit into the setting, a labyrinthine skill tree similar to Path of Exile's, and a customisable hideout.

You can buy the Final Cut version (all three games are compiled into one massive adventure) of the game on Steam and the trilogy on GoG for PC. The first game's also available on Xbox One.

The Victorian era style might suggest that it's the exact same thing as Grim Dawn or the Van Helsing games. There are a few twists though. Players can't choose between classes, the only playable hero is Victor Vran, the hunter. And we don't have to spam the same skills over and over again to kill enemies, because the weapons and outfits we find along the way decide which skills we can use. It's a bit more casual approach, but not all ARPGs have to be character building extravaganza. Another unique feature is that our character can jump over obstacles and dodge attacks, and on top of that, a sarcastic voice is narrating our actions, referring to our main character in third person.

You can buy the game on Steam and GoG for PC and Mac. 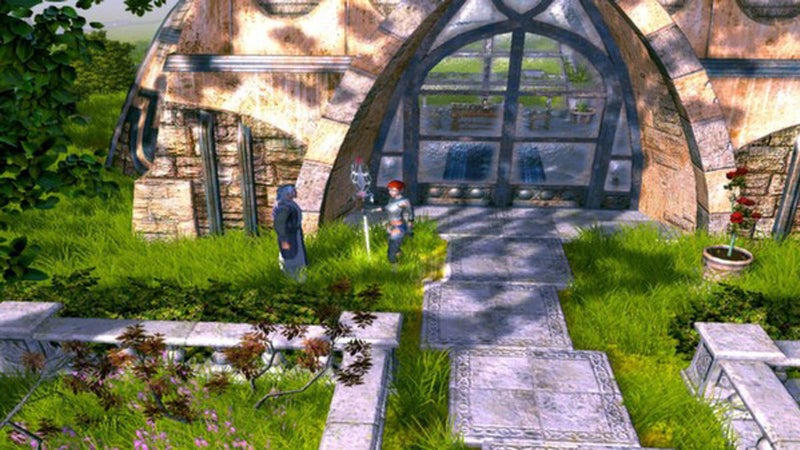 It's one of those games where you have to be in the right frame of mind to enjoy it, and some tiny bugs might scare a few players off. Still, Sacred 2 is worth a mention since as an ARPG, it possibly has the largest open world to explore, with hundreds of MMO-like quests.

Torchlight II's cartoony, steampunk world offered a great alternative in 2012 to Diablo III and that's still true after almost four years. Mechanics and character building is very similar to Diablo II and it has one particular feature the PC version of Diablo III never had: LAN co-op (and fishing).

You can buy the game on Steam (and on Origin too) for PC and Mac. 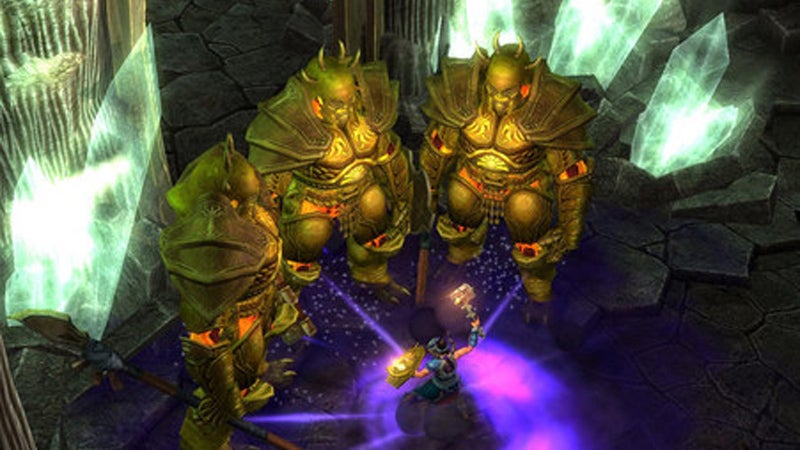 Following Diablo II's release in 2000, an incredible number of clones and similar games came out. Some of them were bad, some were mediocre, but Iron Lore's Titan Quest, and its expansion Immortal Throne, were just as good as Diablo. The only drawback is the lack of randomised maps, but otherwise, its mastery system offers dozens of classes to play, we've got really satisfying boss battles, a setting with an ancient mythology theme (Egypt in Act II for example is quite memorable) and something all ARPGs should have: ragdoll physics. 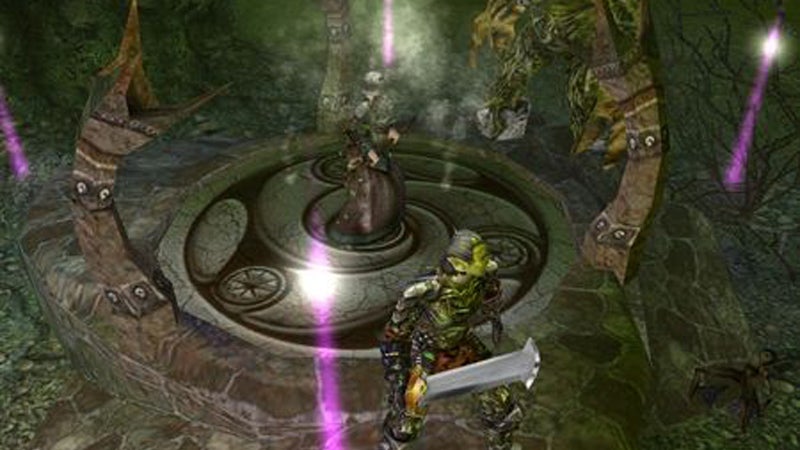 The Dungeon Siege series started basically as Diablo, in 3D, with a party, and after all these years players usually pick the second game as the best one. Sadly the Steam version has no multiplayer, but the scenery and an engrossing story makes it a great single player experience. Also, raising pets by feeding them armour pieces and weapons sounds funny enough.

That's ten games, all worth a try, if you're into fast paced action RPGs, clicking a lot and making Excel sheets. And since all these ARPGs were inspired by Diablo, it's not a complete list without mentioning Blizzard's series. The first Diablo from 1996 might feel limited and short compared to modern games, but it aged pretty well and it's still easy to get lost in its universe. Diablo II still has a small, dedicated player base, and Blizzard still supports it with patches so people can play the game on newer PCs. Diablo III had a rough start with online issues and a controversial Auction House, but currently, the game's in a good state, and constant updates make its endgame better than ever.