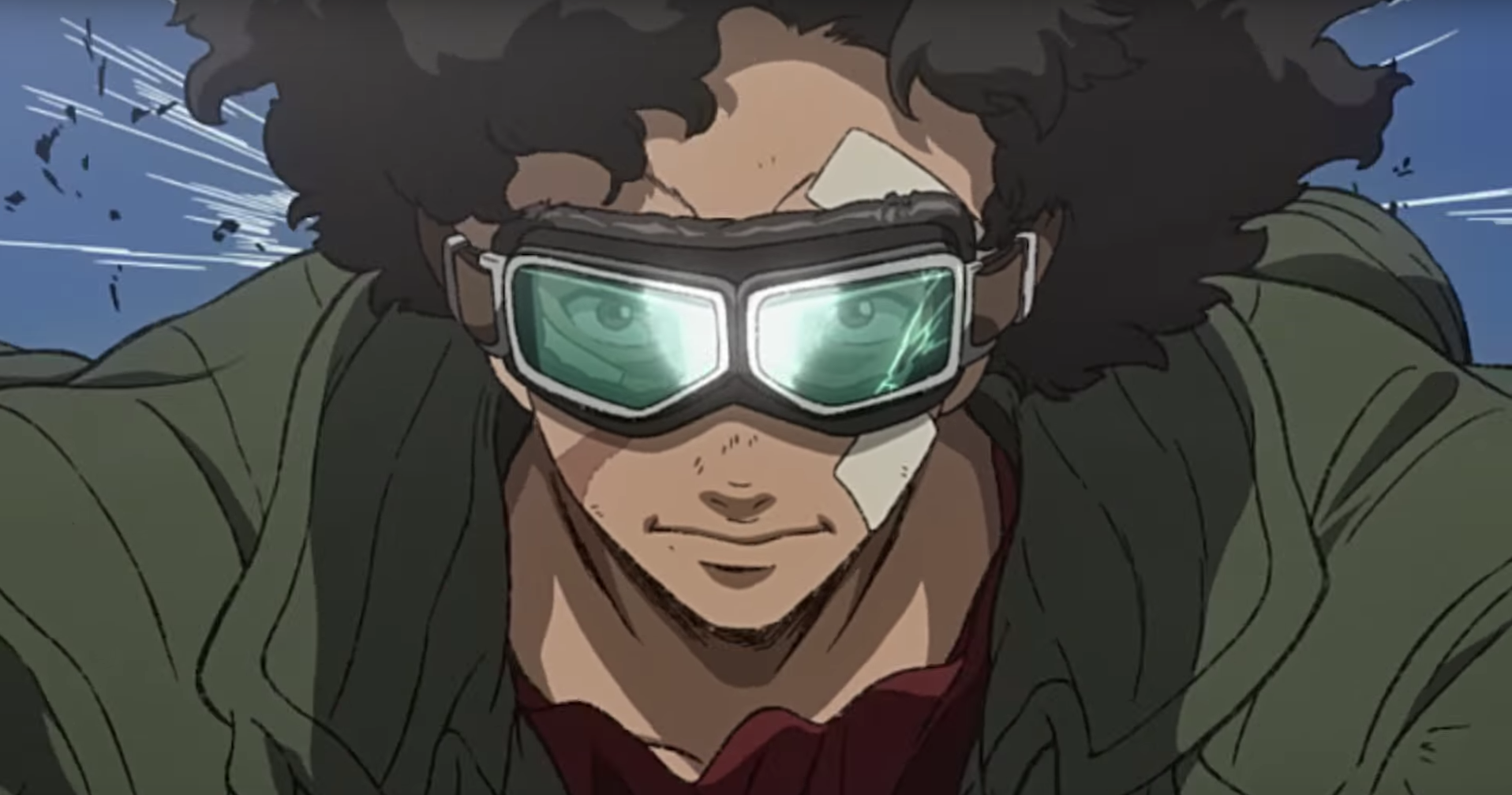 It's time to huddle up with a doona and mug of hot Milo, because this autumn's batch of new anime is here.

There is a hell of a lot of anime this season, so us brave, selfless souls at Kotaku sorted through it for you. Here are our recommendations.

Where to watch: Netflix

And Retsuko needs an outlet. So after spending her days getting walked all over by chauvinists and suck-ups, Retsuko lets out her rage and despair singing heavy metal karaoke by herself.

Why watch it? This show perfectly gets at how shitty it can feel to live in the year 2018. It's also freaking hilarious.

As Kotaku staff writer Gita Jackson wrote, "If you've ever bought a three-pack of socks because you felt guilty about entering a store and not buying anything, then Aggretsuko is definitely for you." Aggretsuko isn't a one-trick panda, either, since she slowly learns to stand up for herself.

Plot: A scrappy boxer who calls himself Junk Dog boxes with a mech exoskeleton made of scrap metal in a sci-fi world where Megaloboxing is the sport du jour. Junk Dog's gig in an underground, fixed-outcome ring is pretty unfulfilling until he begins to pursue big-league Megaloboxing, where his rival, the high-rolling Yuri, currently reigns.

Why watch it? Megalo Box has the style and grit of Cowboy Bebop with the light-hearted adrenaline of modern sports anime such as Slam Dunk.

It has an old-school feel. Character designs are less of the wide-eyed moe aesthetic of today, instead hewing closer to hard-boiled late '90s classics such as Rurouni Kenshin. The characters are mysterious and enchanting. On top of all that, its music is fist-pumpingly good.

Where to watch: Crunchyroll, AnimeLab

Plot: If you're at all familiar with the visual-novel-slash-dungeon-crawler video game Persona 5, you know what the eponymous anime is about. It follows Ren Amamiya, who was sent to a new school after getting put on criminal probation for a year.

At the new school, Amamiya notices a new app on his phone that, somehow, takes him to another dimension where the school is the shadowy mind-castle of its gym teacher. There, Amamiya's magical "persona" awakens, giving him and his new friends the power to fight the malevolent desires of his PE teacher and other evil-inclined adults.

Wotakoi: Life is Hard for Otaku

Where to watch: Currently unavailable in Australia

Plot: Secret otaku and functioning adult office worker Narumi painstakingly hides her nerdy interests from the people around her. Moreover, she refuses to date other otaku - until, at her new job, she encounters a childhood friend named Hirotaka who's obsessed with video games. Their dynamic, it turns out, is pretty nice. Hirotaka suggests that he and Narumi should just suck it up and date each other.

Why watch it? This is autumn's 2018's "I'm trash, this anime is trash, and let's just all enjoy ourselves without any guilt" show. Watching Wotakoi is like eating fistfuls of popcorn until, all of a sudden, the container's empty.

Narumi's back-and-forth between rejecting otaku culture and accepting her own personal otaku-ness is pretty relatable to anyone who enjoys anime but doesn't wear Naruto headbands every day.

Honourable mentions: Yotsuiro Biyori, a relaxing show about men who lovingly run a Japanese cafe; Golden Kamuy, about an apparently invincible soldier who pursues a dark legend that could lead him to gold; and A.I.C.O Incarnation, a sci-fi anime about a young girl who one day learns that her body could be the key to fighting an infestation from a synthetic organism.