Sea Of Thieves Adds Private Crews, Then Removes Them 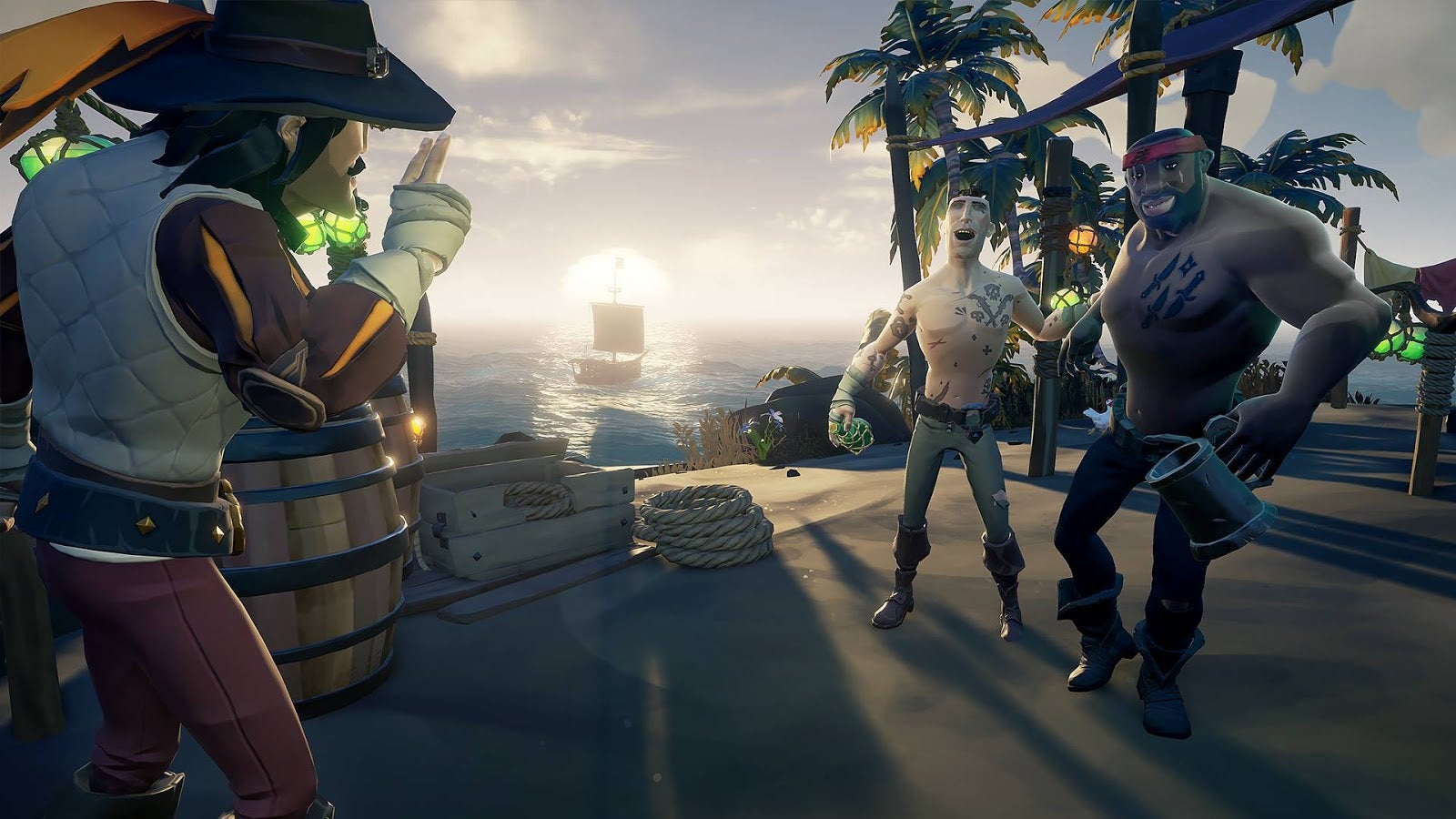 Sea of Thieves is adding some welcome features that will keep crews together and help them on their plunder-filled quests. The pirate game will allow players to make their crews private and sail even the biggest ships with only a few hands on deck.

One of the most annoying things in Sea of Thieves was the inability to limit your crew to friends only. Sailing on a large galleon meant either gathering four people together or specifying that you were limiting the crew to three players. If you had four people and someone left, the game would add another random player into the crew slot.

It was a inconvenience that made it hard to keep crews together in the event someone disconnected. It also facilitated griefing: Fresh sailors could join a crew and stir up trouble while nefarious pranksters could vote to instantly lock up players in the brig. Joining a galleon’s crew was a gamble and it was easy to have a friend replaced with a rando. The game’s latest patch finally allows players to keep crews private and limited to friends.

With Sea of Thieves‘ latest patch, players can now specific if a crew is closed when they set sail. This keeps random players from joining, but it also allows you to set sail in a galleon by yourself or with only one other player. The larger of Sea of Thieves‘ two ship types, players never had the option to sail galleons with less than three players.

While it’s impractical to sail one by yourself, a two-person crew could make use of the ship’s larger cargo hold even if steering and setting the sails is bound to be clumsy.

The update also adds a few features that will help crews be more efficient. The first is the ability to hand items from one player to another without having to drop them to the ground first. This is a small tweak that’s meant to make sharing loot easier.

Although, this being Sea of Thieves, the feature is currently bugged and was removed from the game this morning for causing unspecified issues. I’m looking forward to its implementation, as it will help my crew and me run treasure to merchants a bit faster. The patch successfully added the ability to swim underwater without your nameplate showing, which will make sneakily boarding ships a bit easier.

Due to a high volume of AllmondBeard errors we’ll be scheduling another emergency maintenance window at 16:15 PDT. During this window we’ll temporarily remove the Open/Closed Crews feature as well as the invisible underwater gamer tags. We’ll post more information as we have it. pic.twitter.com/KBRpYxVLTU

Seriously, I can’t make this stuff up.

Sea of Thieves is fun, but a dearth of content and early lack of quality of life features prevented it from being truly great. Letting players sail on their own terms is a good change that can help players enjoy the game more as they wait for news on its first big update, The Hungering Deep.