Street Fighter Was Almost Released For The 8-Bit NES 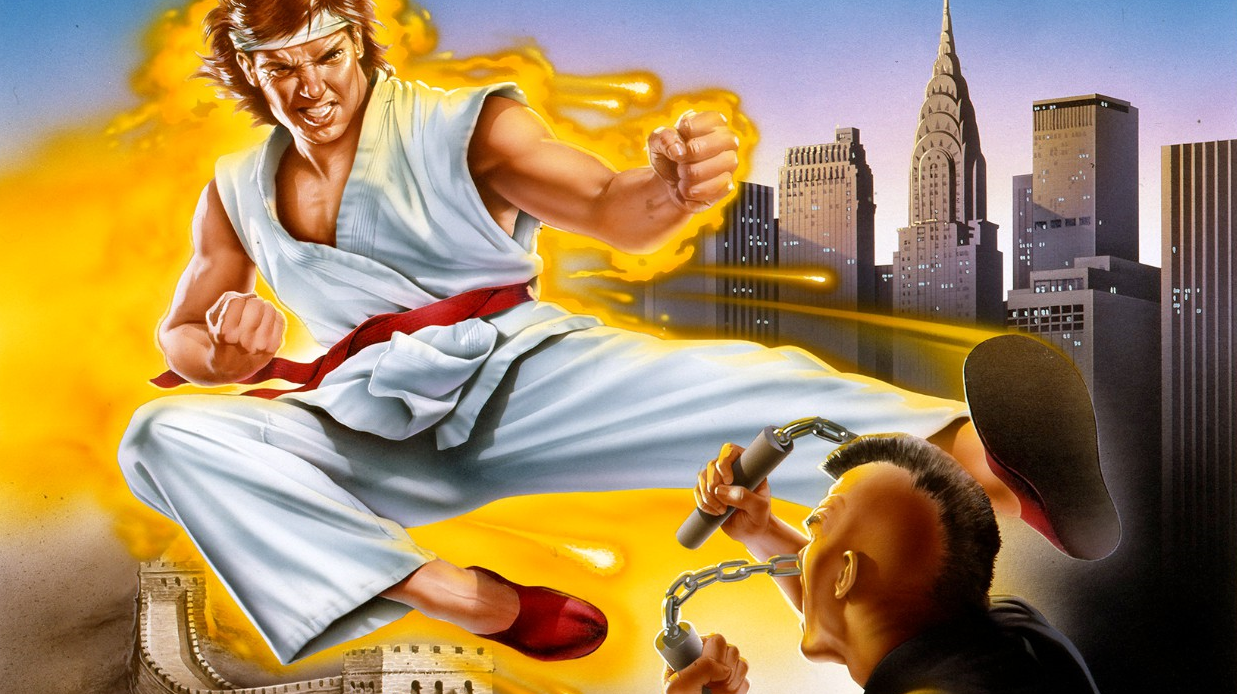 Street Fighter 30th Anniversary Collection is out today. In addition to including the arcade versions of 12 different games in the series, ranging from 1987's Street Fighter to 1999's 3rd Strike, it also has an impressive virtual museum built into it, with some surprising revelations.

Among other things, this repository includes the only known screenshot of the never-completed Nintendo Entertainment System version of Street Fighter. That's right - the first Street Fighter almost had an 8-bit NES version. 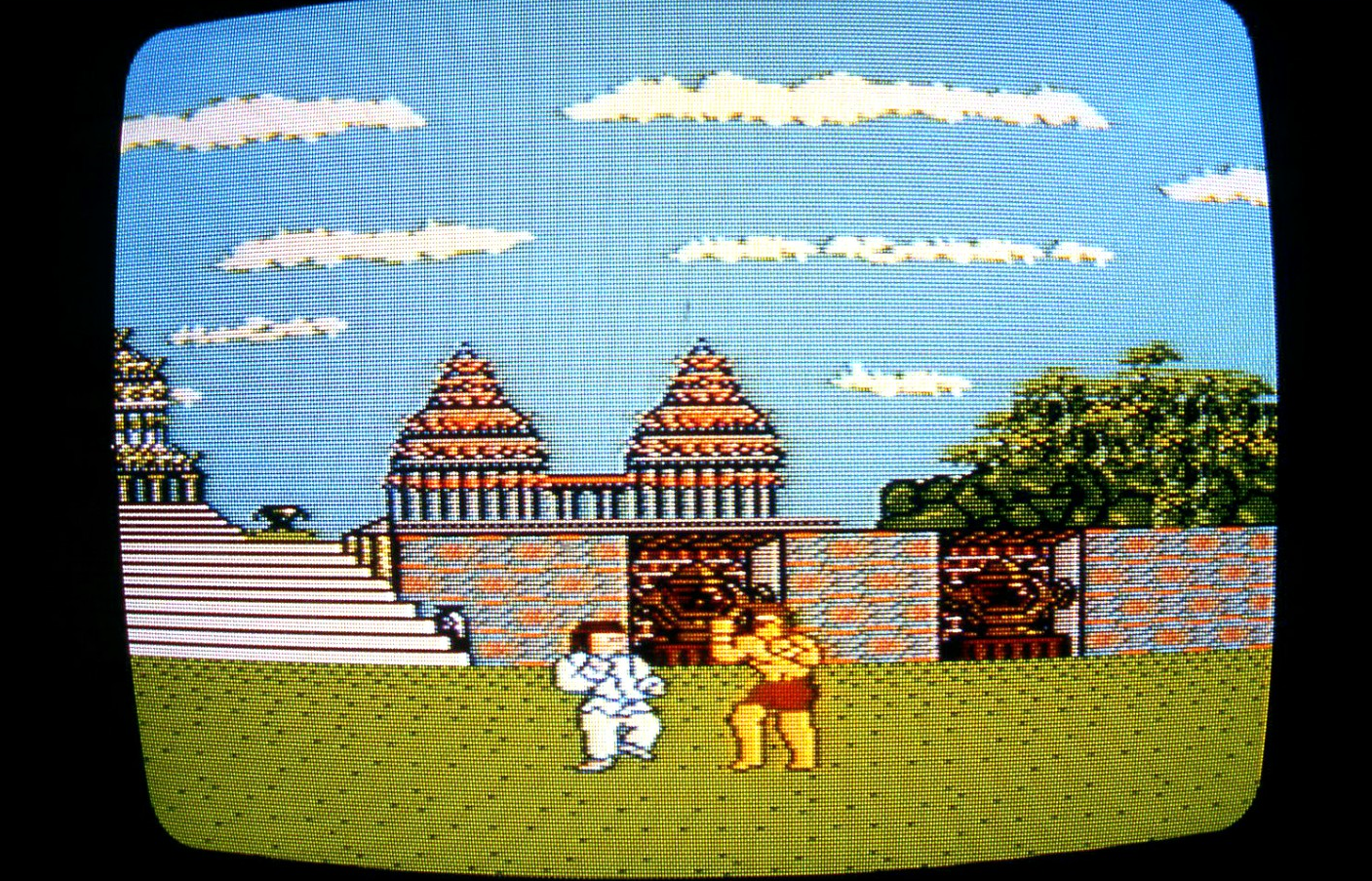 Video game historian and preservationist Frank Cifaldi shared the screenshot, which is also available to look at inside the game, on Twitter today, along with a number of other interesting factoids.

"This screenshot was buried deep in a Capcom marketing archive, undiscovered for decades," Cifaldi wrote. "The game was cancelled, and this is the first time that the public has ever seen what it looked like."

The first Street Fighter ended up being ported to the Commodore 64, MS-DOS, TurboGrafx-16, and other platforms. The difference is night and day, but it's still interesting to think of how an NES version might have turned out.

The NES wasn't known for its 2D fighters, but there were still some decent ones like Teenage Mutant Ninja Turtles: Tournament Fighters. 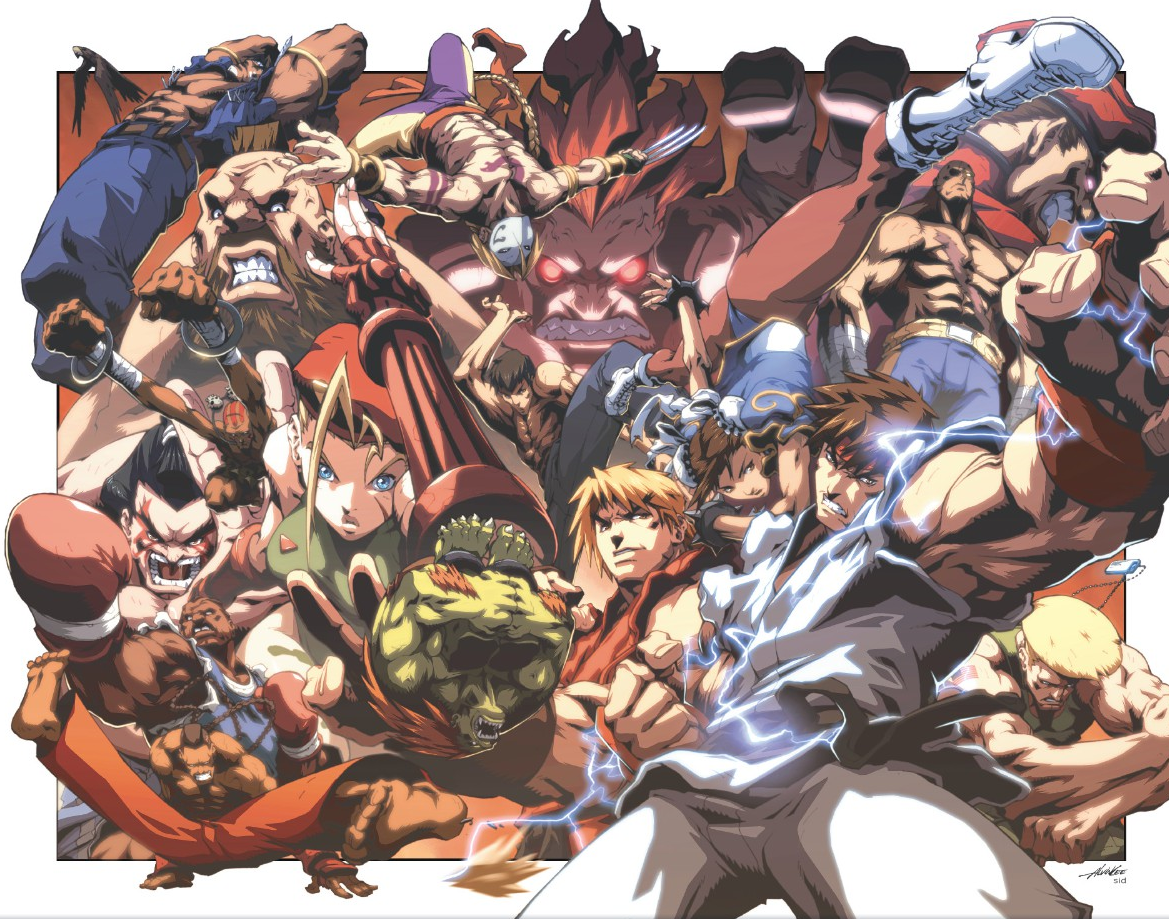 The 30th Anniversary Collection museum, which Cifaldi worked on with Digital Eclipse, the game's developer, includes a lot of other interesting stuff as well like pitch documents and concept art, as well as a helpful timeline of the entire series' development over the past three decades.

For instance, the first version of Street Fighter II was supposed to take place on a single island and didn't include Ryu or Ken. However, the ROM chip shortage of 1988 led the project to become something that would require less memory, which ended up being the first Final Fight game. 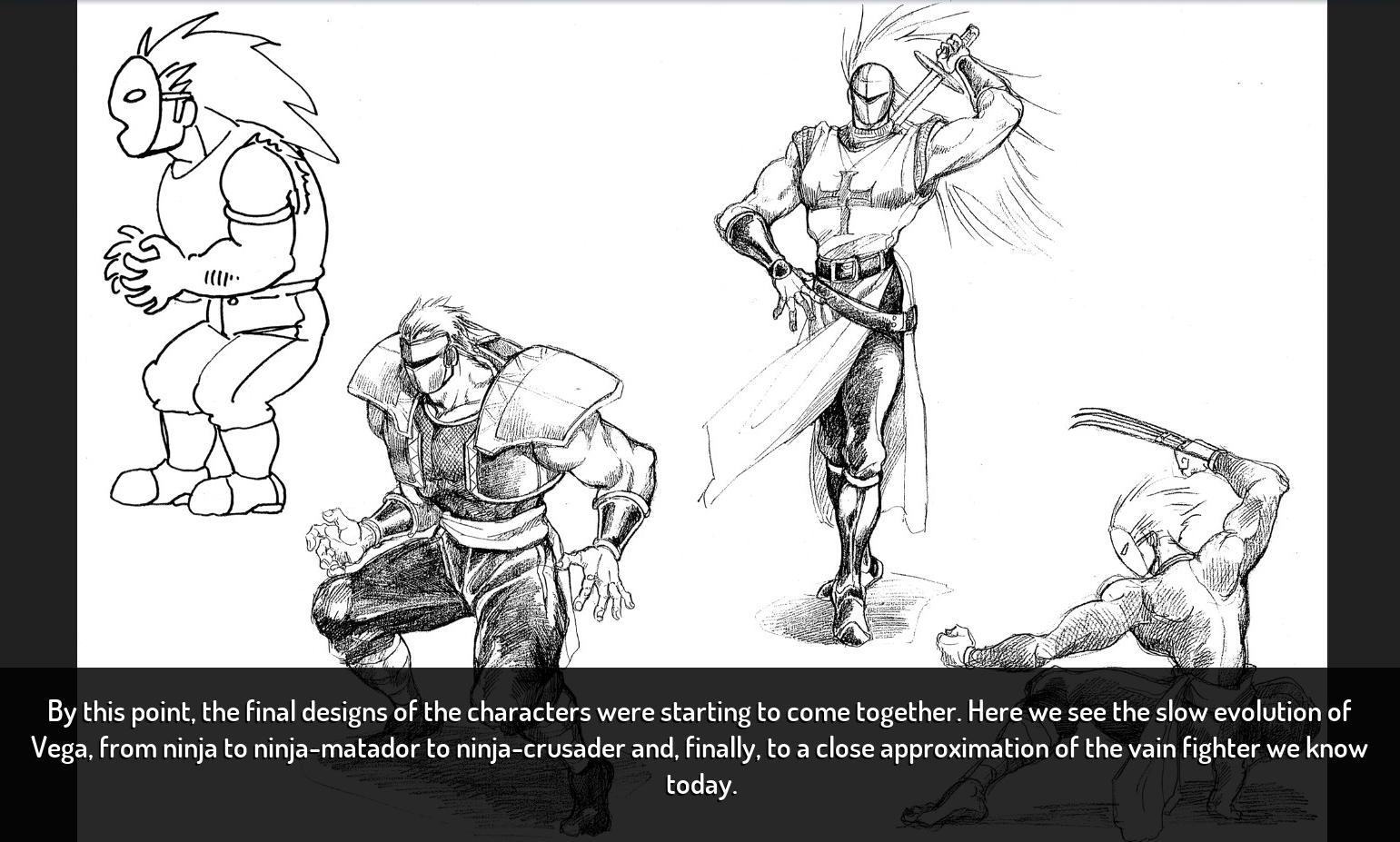 Meanwhile, the concept art in the game's museum ranges from polished promotional art to extremely rough character sketches. One shows the evolution of Vega from a hulking grappler into a a catlike fighter sporting his now iconic metal claws.

In all, Cifaldi says there are approximately 1,000 pieces of lossless, high-res art stored in it, with some of them so detailed you can make out the individual pen marks and texture of the paper. 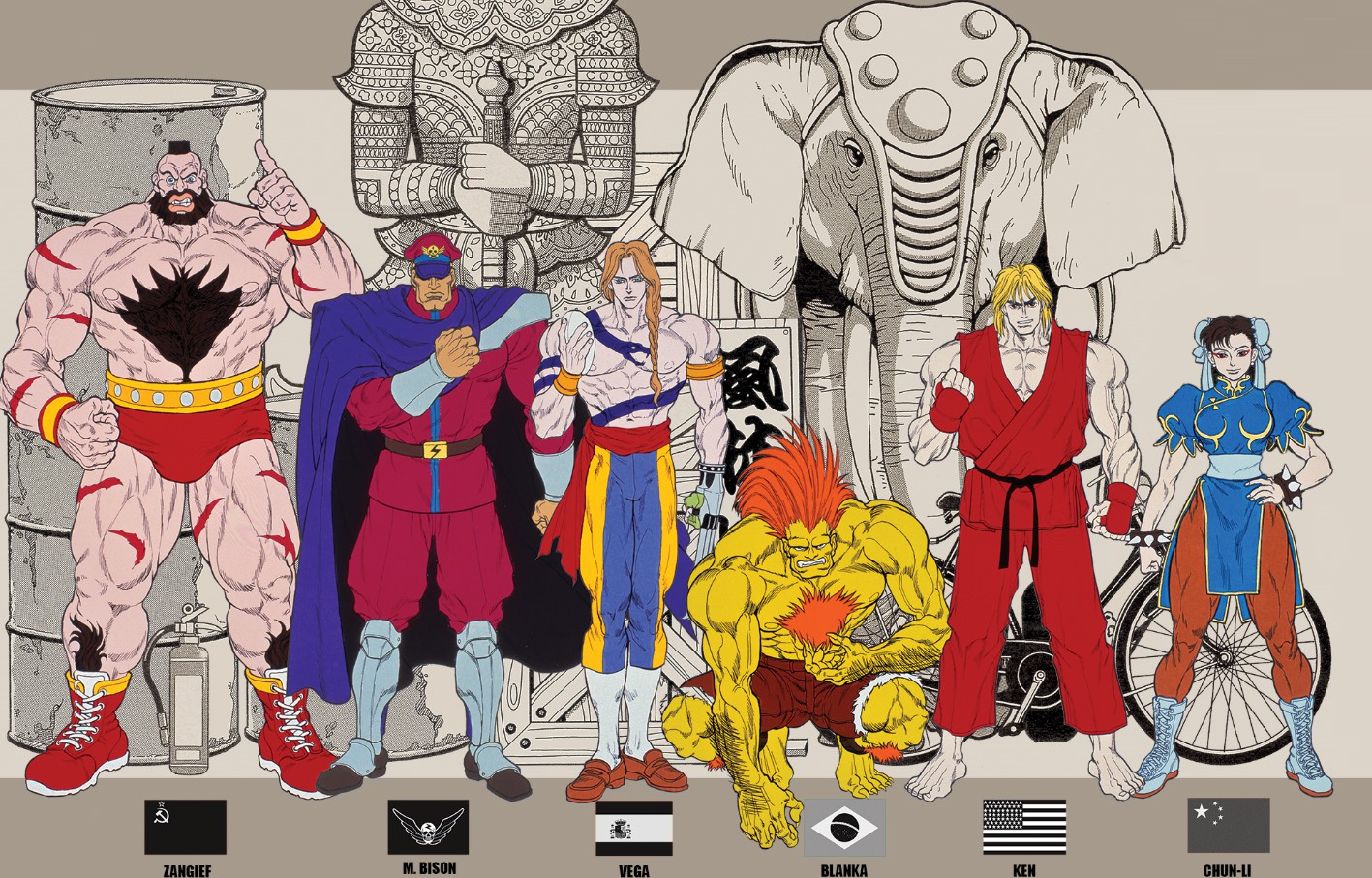 Cifaldi said on Twitter his main inspiration for the museum were similar features in the Sonic Jam compilation for Sega Saturn and Metal Gear Solid 2's interactive making-of documentary released on PlayStation 2.

"I barely played the games in Sonic Jam, because I already had them on cartridge, but once every couple months or so I'd pop in the disc and go through the bonus features," he wrote. "It was like picking up a nice art book off my shelf and thumbing through it, but with a controller."

Alex Walker 31 Mar 2020 4:15 PM
The Star Citizen juggernaut continues. Players have already poured $US275 million into the long-running space epic, and the studio raised another $US46 million from a group of investors two years ago. That same group of investors has just put another $US17.25 million into the project, bringing the total amount of investment just over $550 million ($US338.25 million).