Thanks To Infinity War, Marvel May Need A New Strategy To Promote Its Upcoming Releases 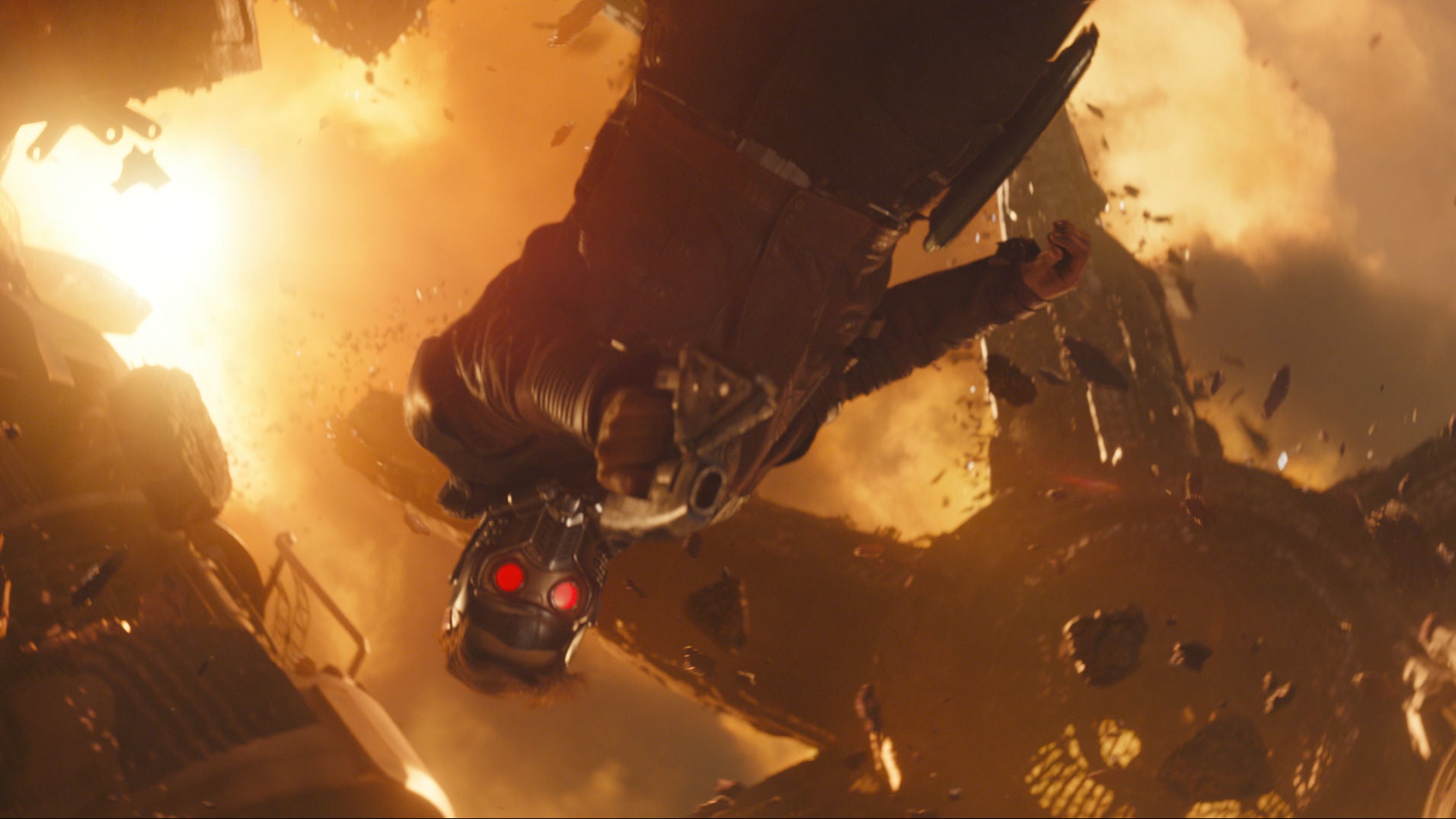 Once you’ve seen Avengers: Infinity War and processed your emotions, the questions begin to sink in. Did that really happen? What’s next for them? And then you look at the bigger picture and think, what about next year?

We’ll be seeing Captain Marvel in March of 2019, the as-yet untitled fourth Avengers movie just a few months later in May 2019, and a new Spider-Man film just two months after that – which should be interesting considering, well, everything that happens in Infinity War.

As you well know if you are reading past the spoiler warning, Infinity War kills a good number of its main characters, including Spider-Man. This is a fact that, hopefully, most of you learned in the theatre because Marvel is so good at keeping secrets.

Despite that, it’s almost certain many of the deceased characters will return in Avengers 4, simply because they’re too valuable to the franchise as a whole and/or have future movies coming out themselves (notably, the much-anticipated sequel to Black Panther).

So the question is, if future movies are coming out starring characters who are currently dead, how does that work from a marketing and licensing perspective in terms of spoilers?

Let’s think about Avengers 4. Do the dead characters appear on posters? In TV spots? As toys? Do the actors portraying them do late night talk shows? Press junkets? Or does Disney completely pretend that they aren’t in the movie at all?

It isn’t as though these are small names. It’s big stars such as Benedict Cumberbatch, Chadwick Boseman and Chris Pratt – plus Marvel favourites such as Tom Holland, Dave Bautista, Anthony Mackie and Sebastian Stan. Names that people know, love, and will come to a movie to see.

Those issues extend even further with Spider-Man and the Homecoming sequel. At least with Avengers 4, Disney could hypothetically centre the release on characters such as Thanos, Iron Man, Captain America, Black Widow and the incoming Captain Marvel. They’re all played by famous names whose characters are still alive in the universe.

The Spider-Man film doesn’t have that option. Spider-Man is dead and he won’t be resurrected before Avengers 4, which comes out in the US May 3, just about two months before the Homecoming sequel’s US release on July 5.

Movie trailers and posters generally start coming out six to 10 months before a movie is released. Considering Peter Parker is the main character of the movie, one would assume we’d see some marketing or merchandise for the Spider-Man sequel before Avengers 4 comes out.

Can Sony market a Spider-Man movie without putting Spider-Man on the poster? Not unless they want to confuse a lot of people. His name is the title of the movie, so just putting that on a poster will spoil the fact that he isn’t going to stay dead – along with seeing any footage of him in a trailer, or a new Spidey toy on the shelves. 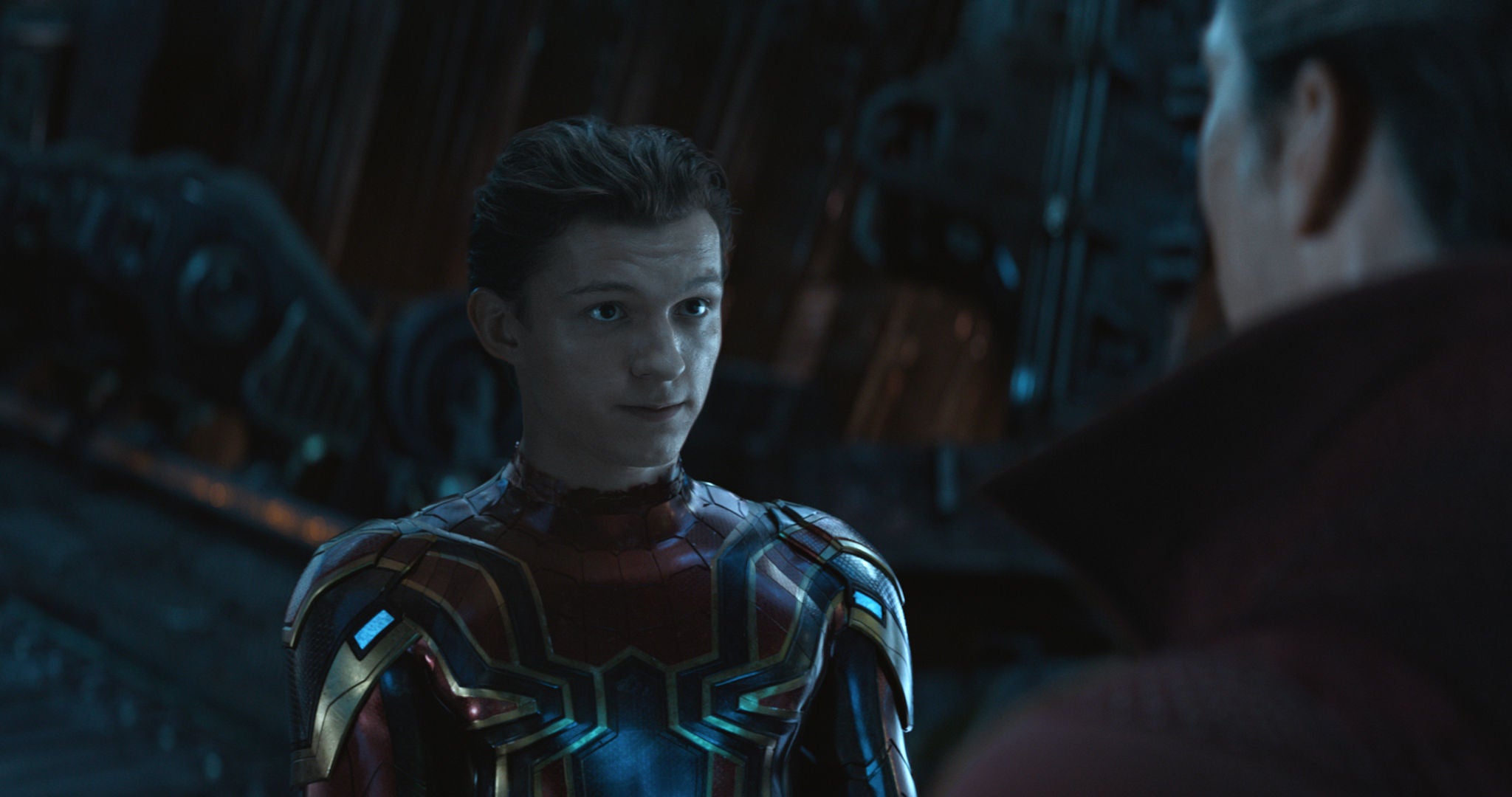 Mr Stark, we have a problem. Photo: Disney

We reached out to both Sony and Disney about this problem created by Infinity War‘s plot. A Sony representative would only say the studio will work with Marvel to figure out the Spider-Man strategy.

A Disney executive wouldn’t even say that much, they just pointed out there are two Marvel movies coming before Avengers 4 to worry about first (Ant-Man and the Wasp and Captain Marvel). However, Disney’s licensing timeline is months, sometimes years, ahead of the release schedule, so there’s a good chance these discussions have already happened on some levels.

Warner Bros. faced a similar dilemma in 2017 with Justice League. Superman dies at the end of the previous film, Batman v Superman: Dawn of Justice, but was also set to star in the follow-up. Everyone knew he was in the movie and would be coming back to life, we just didn’t quite know how that fit into the story.

However, instead of leaning into that, Warner Bros. decided to cut Superman out of the marketing entirely, pretending like he wasn’t in the movie. Whether or not that worked for the film, we can’t exactly quantify, but you have to think making a movie with arguably the most iconic superhero in history in it, but then not telling people he’s in it, probably didn’t help. And all to protect what? A telegraphed second act reveal.

Watching countless films, many of them in the superhero genre, roll out their marketing over the years makes me think the best way Disney and Sony could handle this is to ignore Infinity War. That movie is done. It’s a massive hit. What’s next? Are Spider-Man and Black Panther in Avengers 4? Show us!

Not having them promote the film is only holding it back from its true potential. Instead of trying to keep some ridiculous secret, you build a mystery and curiosity about how they come back. It could create a whole new level of interest about the film while having all the stars front and centre, as they should be (although you should keep an eye on that Holland guy).

In fact, Infinity War’s marketing is a great example of how an onslaught of familiar faces can mask the fact that very little information is actually being revealed about the plot.

Yes, some fans will be mad about the “spoilers”, but those are the same fans who are complaining Infinity War had no real stakes because Marvel is making Guardians of the Galaxy Vol. 3 and Black Panther 2. Fans who know about these kinds of things are different from fans who are influenced by film marketing or licensing. Disney and/or Sony don’t really need to aim at them specifically, they’re going to see the films no matter what.

The studios need to sell to the fans who don’t know what’s coming next, who aren’t online every day – the audience who buys toys for their kids because their kids like how they look. The families who want to see a cool movie with stars they like in it. And the more stars you can parade out, whether or not their characters are dead or alive at the end of Infinity War, is a good thing.

How this will play out will reveal itself in the coming months, and we admit we’re very interested to see how the studios proceed. No matter what happens, it will be a fascinating chapter in one of the most impressive stories in Hollywood history.