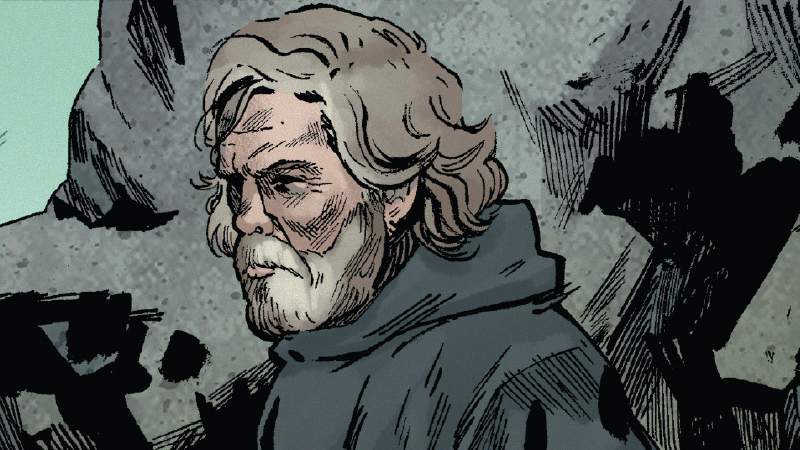 There’s already plenty of sadness and regret in the story of Luke Skywalker when we meet him in The Last Jedi. But Marvel’s new adaptation of the film plays with a certain aspect of Luke’s tragedy in a very interesting way – and it uses the death of Han Solo to do so.

In the film, the actual moment Luke learns of his best friend’s passing is unseen – we only really deal with it when Luke solemnly wallows in his thoughts aboard the Falcon after learning that his nephew and former pupil murdered his father in cold blood.

Although a particularly difficult to watch shot of Luke breaking down in grief was filmed and ultimately included as a deleted scene in the film’s home release, the film itself cuts around this particular bit of heartbreak for Luke.

But the first issue of Marvel’s Last Jedi, penned by Rogue One‘s Gary Whitta and featuring art from Michael Walsh and Mike Spicer, decides to actually show the moment Luke finds out – and it imagines a much more involved moment than the scene eventually cut from the movie.

One of the few major divergences from the film in Whitta’s script for the adaptation in this first issue is that it gives us an insight to Luke’s internal monologue, and in particular how Luke deals with the struggle of severing his connection to the Force. 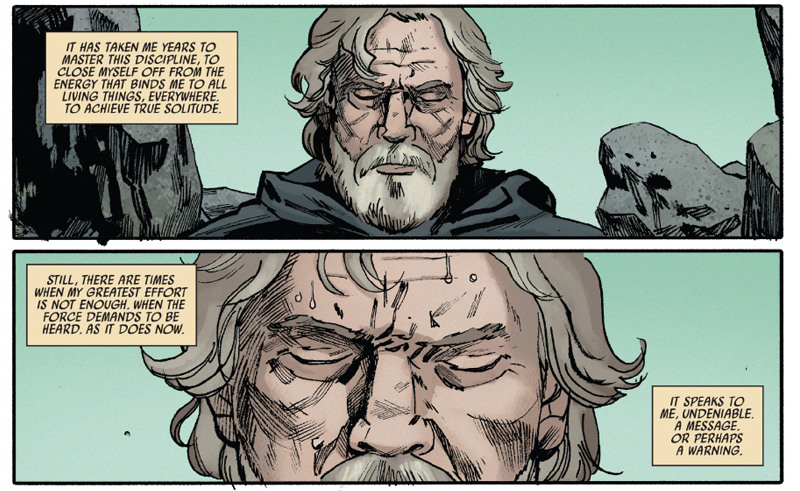 Luke explains the struggle of cutting himself off from the Force. Image: Michael Walsh and Mike Spicer (Marvel Comics)

In the movie, that broken link is almost portrayed like an on/off switch – Luke mentions having shut himself off from the Force, and then only recreates that link for the crucial climactic moments of the film.

But in Whitta’s interpretation, Luke’s severance is a constant struggle for balance, a constantly roiling internal battle. The Force, after all, binds every living thing together – it isn’t gonna stop just because an elderly Jedi wants it to.

However, it also means there are times when Luke can’t help but let the Force flow through him… such as, for example, a moment when he is emotionally compromised. 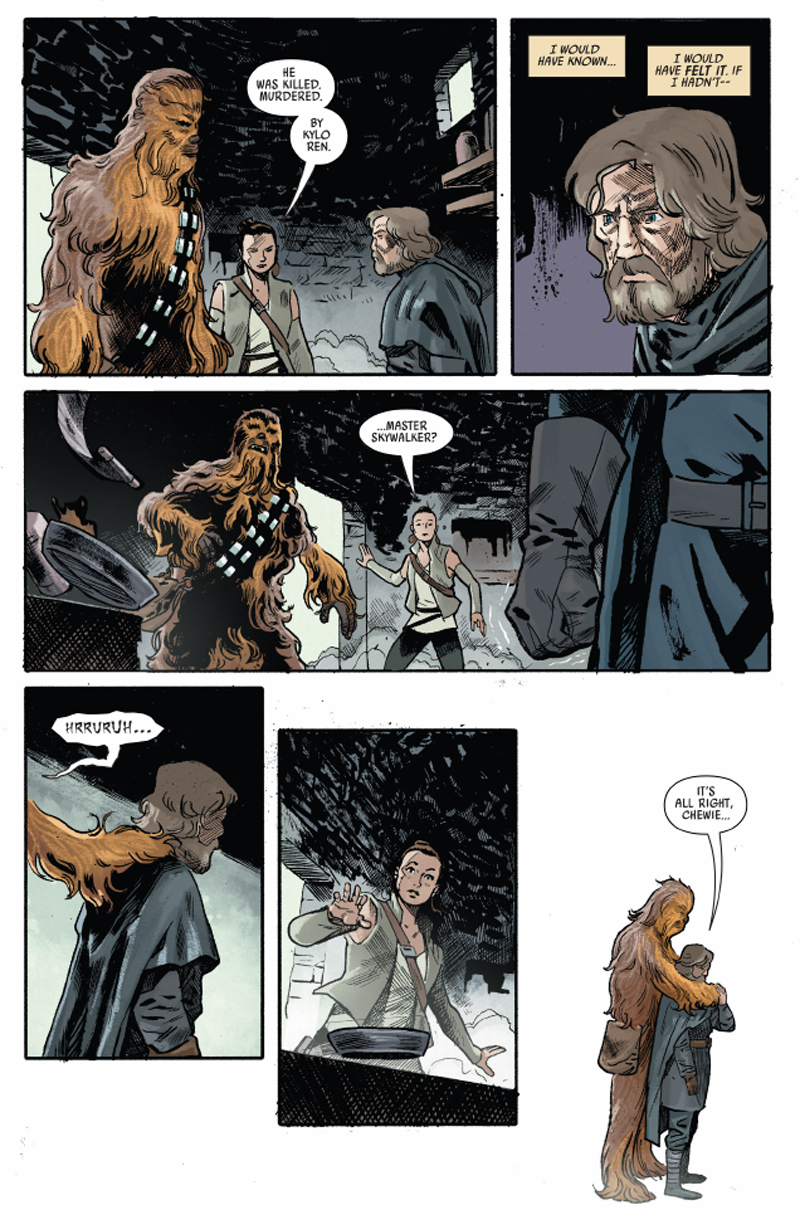 The moment Luke learns of Han’s passing in the comic is like the twisting of a knife in several ways. Obviously, there’s Chewie comforting his grieving friend. But the panels before it are almost more tragic: Luke, breaking down and causing the objects around him to float and shudder through the force. A heartbroken old man, inadvertently letting the barriers he’s put around himself come tumbling down.

Earlier in the issue, Luke mentions that cutting yourself off from the Force leaves you in “true solitude”. It’s easy to see why, upon learning of the loss of one of his closest friends, he wouldn’t want that, even for just a moment.