"Fed7," a squished image of a man saluting in a white T-shirt, was until yesterday the most popular emote on Twitch, according to one analysis. So why is is that most viewers have probably never even seen it?

StreamElements, a website that scrapes data from Twitch, said that Fed7 has been used a reported 431 million times over the last three months. That usage rate even surpasses "Kappa," Twitch's most iconic emote.

With a usage rate that high, the emote should inundate all the top streams and channels, flowing down the Twitch chat garbage river right alongside mainstays like "Kappa," or "TriHard," or "PogChamp." And yet it's nearly nowhere to be found.

After Kotaku contacted Twitch and StreamElements while reporting this story, the emote has disappeared from the "Top Twitch Emote" charts. But what is Fed7? Where did it come from? And was it ever really here to begin with?

Every emote has an origin story, and with Fed7, it's not a long one. Federico "Fedmyster" Gaytan, its inspiration, is a California-based Twitch IRL streamer - which means, for the most part, he streams vignettes of his real life.

Fedmyster has recorded himself eating a quesadilla at a restaurant with his buddies, walking along the Venice Beach boardwalk and, of course, playing the survival shooter Fortnite. Fedmyster lives in a house with several other popular streamers, who feature on each other's channels, and together, they call themselves "OfflineTV."

In a February stream, Fedmyster and his housemate, LilyPichu, were casually streaming themselves reading through their own subreddit when LilyPichu received a message that read, "I think Fed is hot."

Fedmyster proceeded to freak out, yelling, "Clip! Clip!," referring to Twitch's feature that lets users save "clips" from streams. Then, with the most earnest face possible, he saluted. "I'll see you at the top of the subreddit, boys! We goin' to the top!"

One of Fedmyster's moderators edited the streamer's saluting likeness into an emote and called it Fed7, because the number 7 looks like an arm raised in salute. Among Fedmyster's community, using the Fed7 emote was shorthand for "See you at the top!"

Fedmyster's fanbase isn't colossal like the millions of fans of Ninja or Dr. Disrespect. He's got an admirable, but not outstanding, 118,000 YouTube subscribers and 154,000 Twitch followers.

Twitch streamer Sebastian "Forsen" Fors, whose ForsenE emote has had the number two spot on StreamElements, boasts over 5.5 times as many Twitch followers. But even though it's smaller, Fedmyster's community is diehard.

"'To the top' basically means, 'See you at the top trending page,'" said Fedmyster fan Rentaroooo. "If the meme's meaning was 'to the top,' why wasn't it the top of the top in the emote usage?".

In the chatrooms of Twitch, you can tell the collective mood of the audience by the torrents of similar emotes. The most popular ones, most of the time, are the most widely applicable. The "LUL" emote - the laughing face of John "TotalBiscuit" Bain — floods funny or, alternatively, laughable streams with cynical hilarity.

Watching your everyday Overwatch League tournament or Ninja stream on Twitch, it's unlikely the average Twitch viewer would have any cause to spam Fed7.

And yet, somehow, Fed7 made it to the top. Live on stream, on March 21, Fedmyster gathered in his room with housemates, watching his own stream on one monitor and Fed7's rise up the StreamElements chart on another. They count down in seconds - "ten, nine, eight ...," before speeding up to accommodate a big push - "fivefourthreetwoone!"

A more cynical Redditor chimed in: "Who cares, the top 5 emotes listed have all been botted anyways." And indeed, Fed7 turned out to be no different. 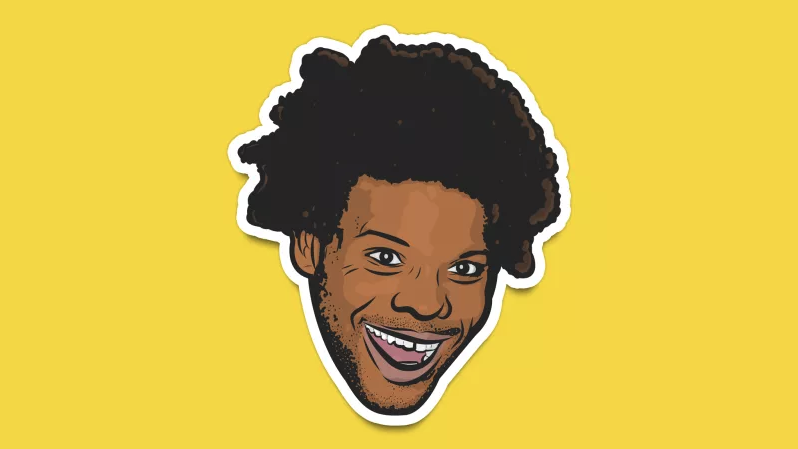 Because the internet is an overflowing toilet of algorithms and lies, empirical realities like "popularity" didn't figure into Fed7's rise to the top, but superfans and bots did. A highly exploitable stream-managing platform - StreamElements - contributed. In the span of three months, no amount of concerted copying and pasting by humans could account for 431 million uses.

According to four Fedmyster fans interviewed, plus a foray into Fedmyster's Discord, the fans spammed the Fed7 emote in Fedmyster's chat and private Twitch channels' chats to inflate its numbers, allegedly over 600 times a second. Fans will admit to having done this manually, although I couldn't find anyone - including Fedmyster - who admitted to using bots or condoning bot use.

"The FED7 is currently the top emote as a result of an attack on Twitch by spammers," said StreamElements CEO Doron Nir in an email. "Some members of specific Twitch communities (internally we call them meme-bers) build bots and spam chat in private channels to hack our ChatStats dashboard."

How that works is this: Fans open new Twitch channels and add them to StreamElements' exhaustive corpus of Twitch channels. Then, they spam Fed7 in those channels either manually or with a bot.

Twitch did not respond to a request for comment by press time. But a few hours after Kotaku reached out to StreamElements and Twitch for comment, StreamElements' chart of the top Twitch emotes looked a lot different.

Number one, as it should be, is now Kappa, followed closely by TriHard and PogChamp. Neither Fed7 nor ForsenE (or the emote ForsenBoys) are anywhere to be found.

Popularity is slippery, it turns out, and engineered. The metrics for it are flawed. And the people who have it are the ones who want it. See you at the top.