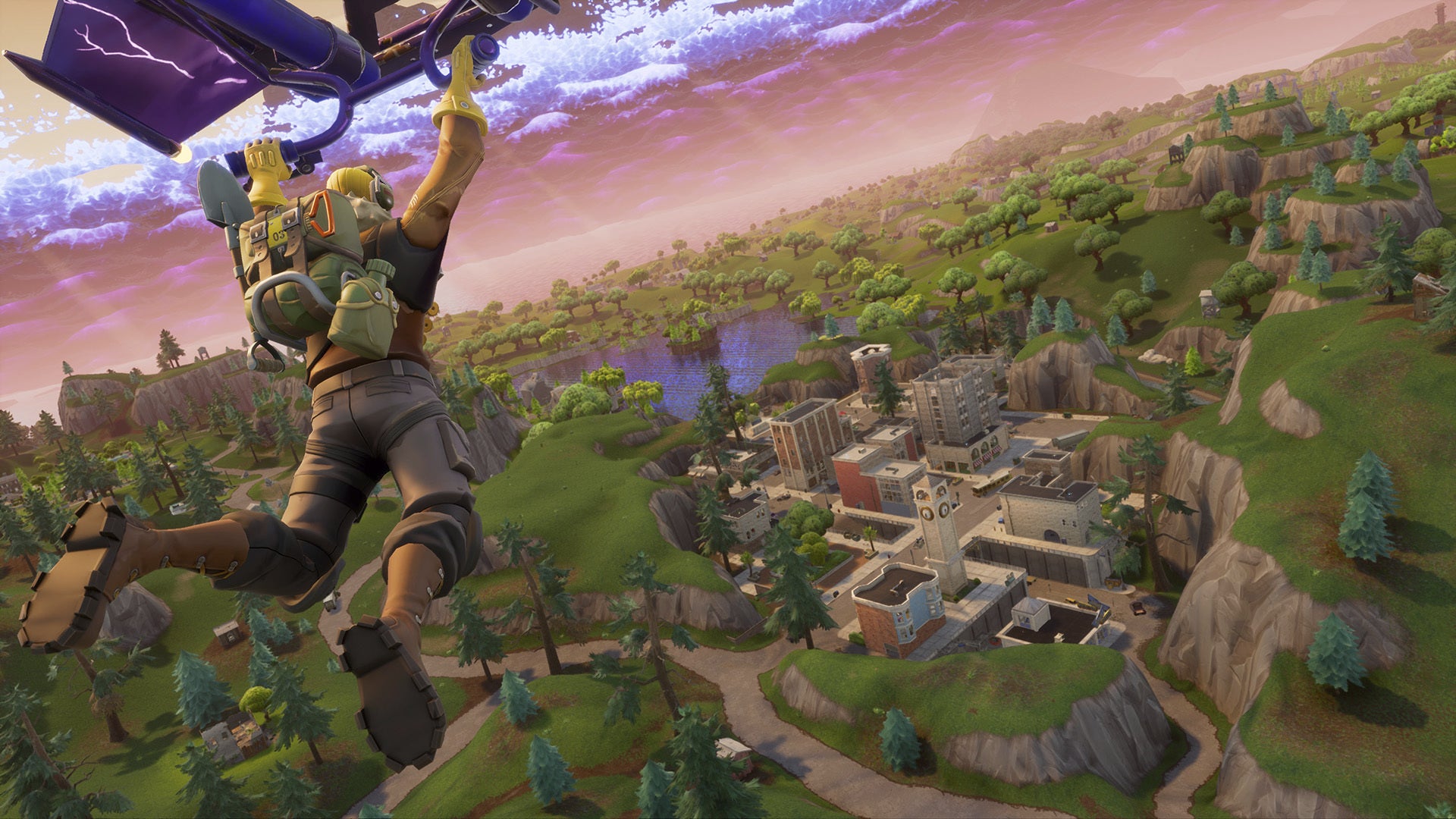 From recipes to paint colour names to Hearthstone cards, everything is better when you make a bot do it. Check out how this machine-learning algorithm named locations on the Fortnite map.

Fortnite only has one map, so the people over at Botnik Studios took it upon themselves to use their machine-learning tools to make an all-new one.

Botnik Studios showcases the more humorous outputs of the community of developers, writers and artists that are part of the Botnik collective. What they make isn't always the result of a true neural network, like the one I used to generate video game names, but it still gives you that classic machine-learning magic. 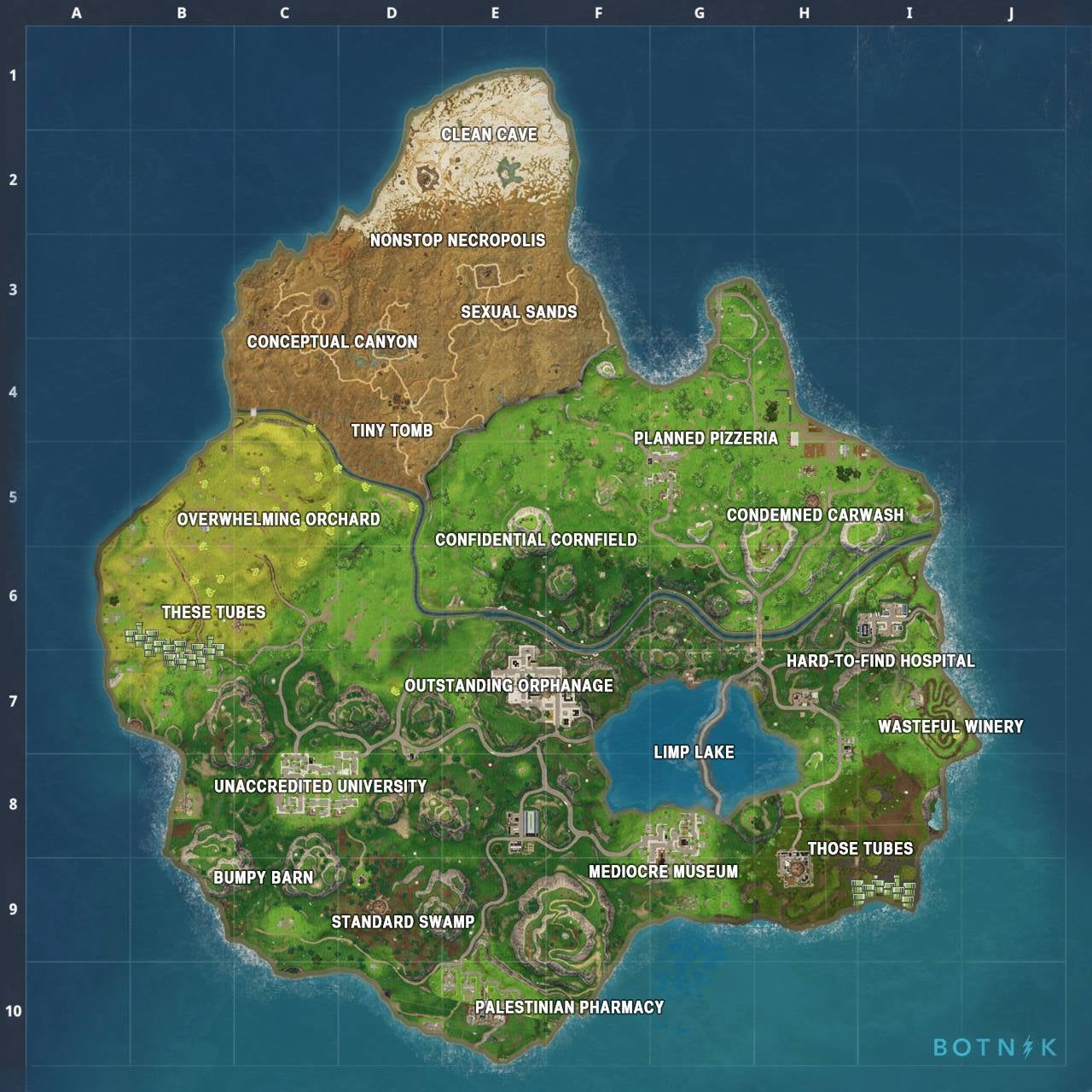 Where are we landing, boys? These Tubes or Those Tubes?

Some of these locations, such as Bumpy Barn and Overwhelming Orchards, basically already sound like Fortnite locations. I have some questions though. What exactly is going on at Sexual Sands? Why was the carwash condemned? Standard Swamp is a nice subtle joke. It's just, you know, a regular-arse swamp.

Hopefully Epic will take some of these suggestions to heart. I wanna see what's going down at the Nonstop Necropolis.