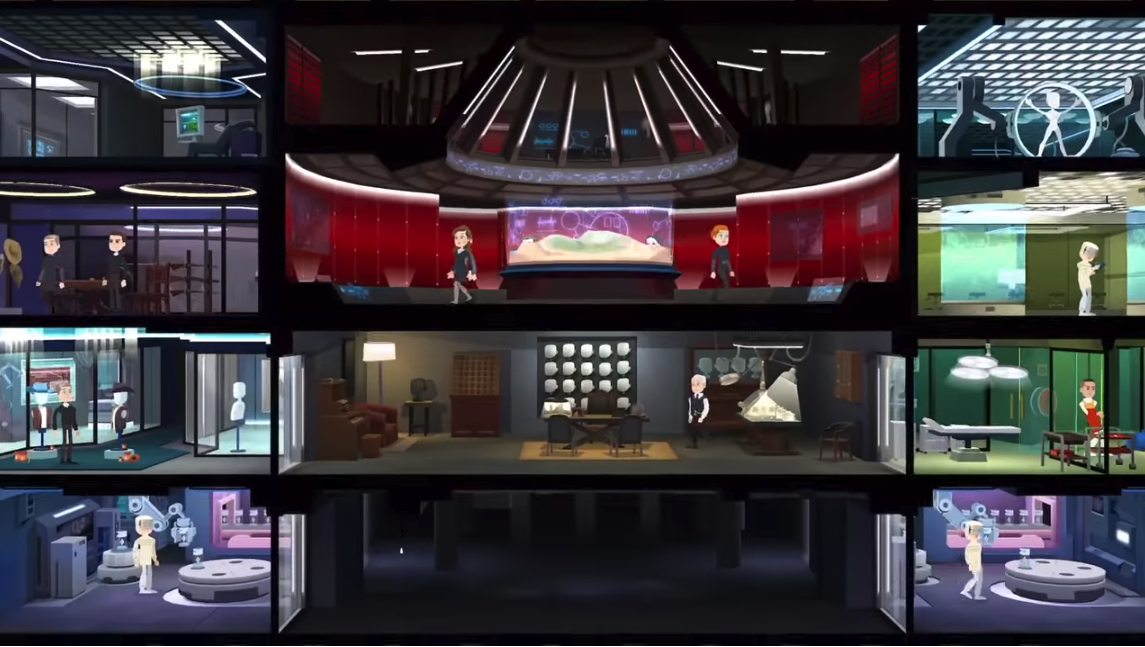 Bethesda is suing Warner Bros. and Behaviour Interactive over the new Westworld video game which it claims copies parts of 2015's Fallout Shelter, according to court documents filed with the US District Court for Maryland.

An image from the trailer for the new Westworld mobile game Bethesda has accused of stealing from Fallout Shelter. Screenshot: Warner Bros. (Westworld)

The lawsuit was filed yesterday and seeks to have money for damages awarded and for Warner Bros. to stop selling the game.

"The Westworld game is a blatant rip-off of Fallout Shelter," Bethesda charges in their lawsuit, arguing that Behaviour is inappropriately using code developed while assisting the development of Bethesda's game.

In the suit, Bethesda asserts that in 2014 it paid Behaviour to develop parts of Fallout Shelter and that studio used some of the designs, artwork and code commissioned for that game to help create Warner Bros.' newly released Westworld mobile game. 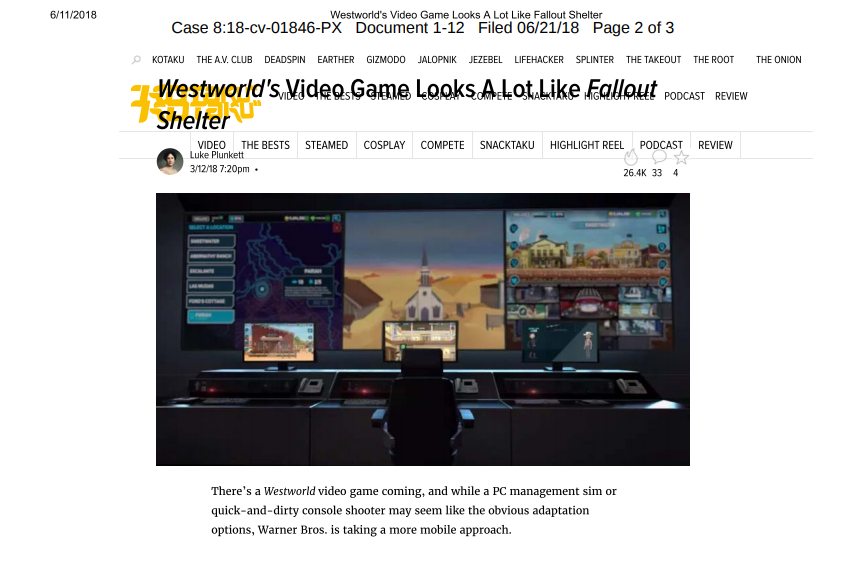 The Westworld game resembles Fallout Shelter, a management sim released three years ago for smartphones and later on PS4, Xbox One, PC, and most recently the Nintendo Switch. Kotaku ran an article saying as much, which Bethesda even cites as Exhibit L in the suit, despite still having the site blacklisted and never responding to our emails.

The new lawsuit filed yesterday, however, alleges Behaviour actually used some of the same underlying code for both games, which would put it in breach of its contract with Bethesda.

"Under the agreement, all Behaviour work product of any kind, including code, designs, artwork, layouts, and other assets and materials for Fallout Shelter were authored and owned by Bethesda ab initio as works made for hire," Bethesda claims in the suit.

The video game publisher also alleges that Behaviour "utilised its restricted access to Bethesda's intellectual property, including Bethesda's copyrighted code, trade secrets, and other rights" in order to bring get the Westworld game out as soon as possible, and calls it a "blatant rip-off of Fallout Shelter". 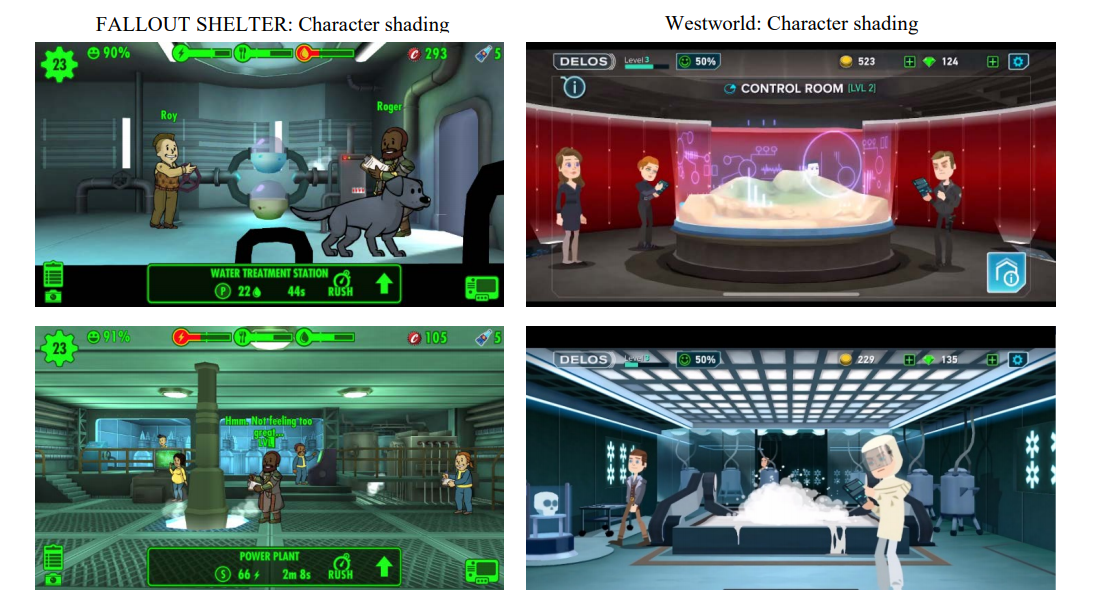 The company goes on:

"Working with the same copyrighted computer code used by Fallout Shelter, Westworld has the same or highly similar game design, art style, animations, features and other gameplay elements as Fallout Shelter, all of which are owned by Bethesda." 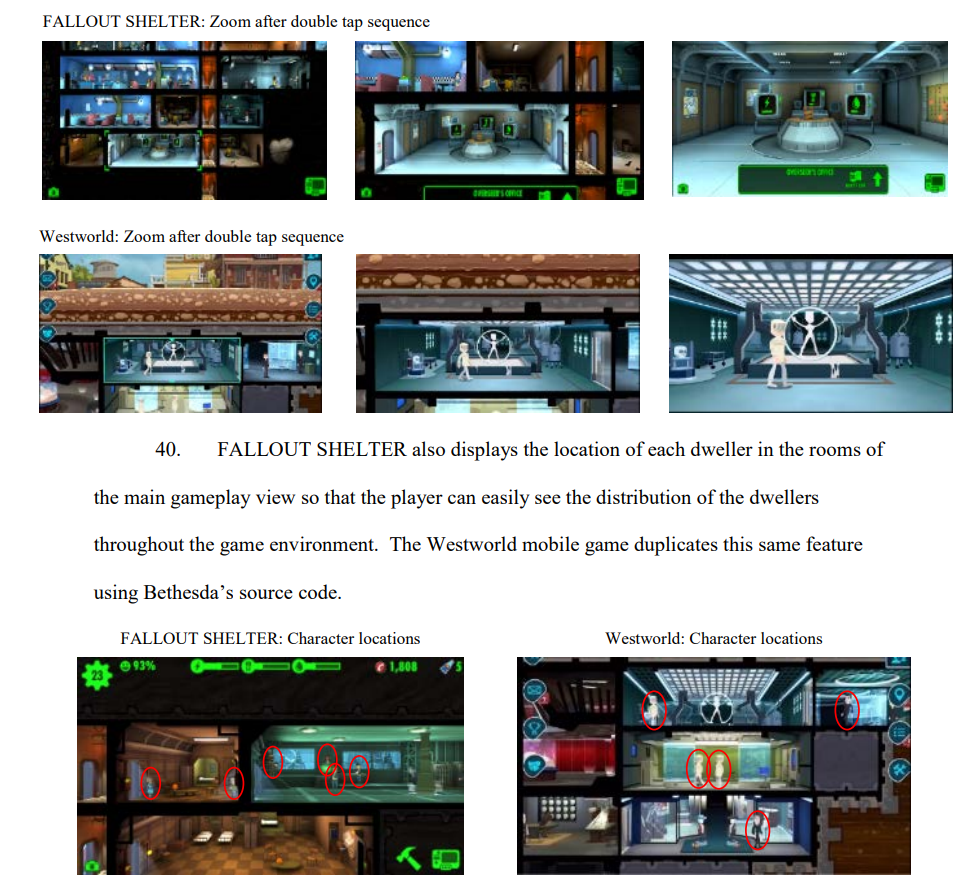 Beyond the surface similarities between how the two games look and play, Bethesda claims that there are programming bugs and defects that are present in both games. It cites as one example an apparent bug in the "demonstration" mode of the Westworld game.

"Specifically, the view is out-of-focus and the scene that appears is far to the right and below the targeted landscape image," the company writes.

"It is as if a camera capturing the scene had been inadvertently pointed to the lower right foreground and then slowly refocuses on the central image. The identical problem appeared in initial versions of Fallout Shelter but was addressed before Fallout Shelter was released to the public."

The rest of the suit goes on to argue what a success the Fallout brand has been, how that success in turn helped Fallout Shelter to be a popular game, and how Westworld's allegedly ripping off the game "seeks to attract players by its misappropriation of intellectual property of Bethesda".

As a result, the publisher is seeking to recover an unspecified amount of money to compensate for damages and also get the game in its present form pulled.

Neither Warner Bros., Behaviour Interactive nor Bethesda immediately responded to a request by Kotaku for comment.

Bethesda has been involved in a number of high-profile suits against other game-makers in recent years. Last year, its parent company Zenimax won a lawsuit against Oculus Rift over violations of a non-disclosure agreement and copyright infringement.

In 2012, the company settled a suit against Minecraft-maker Mojang over a trademark dispute regarding a game called Scrolls.