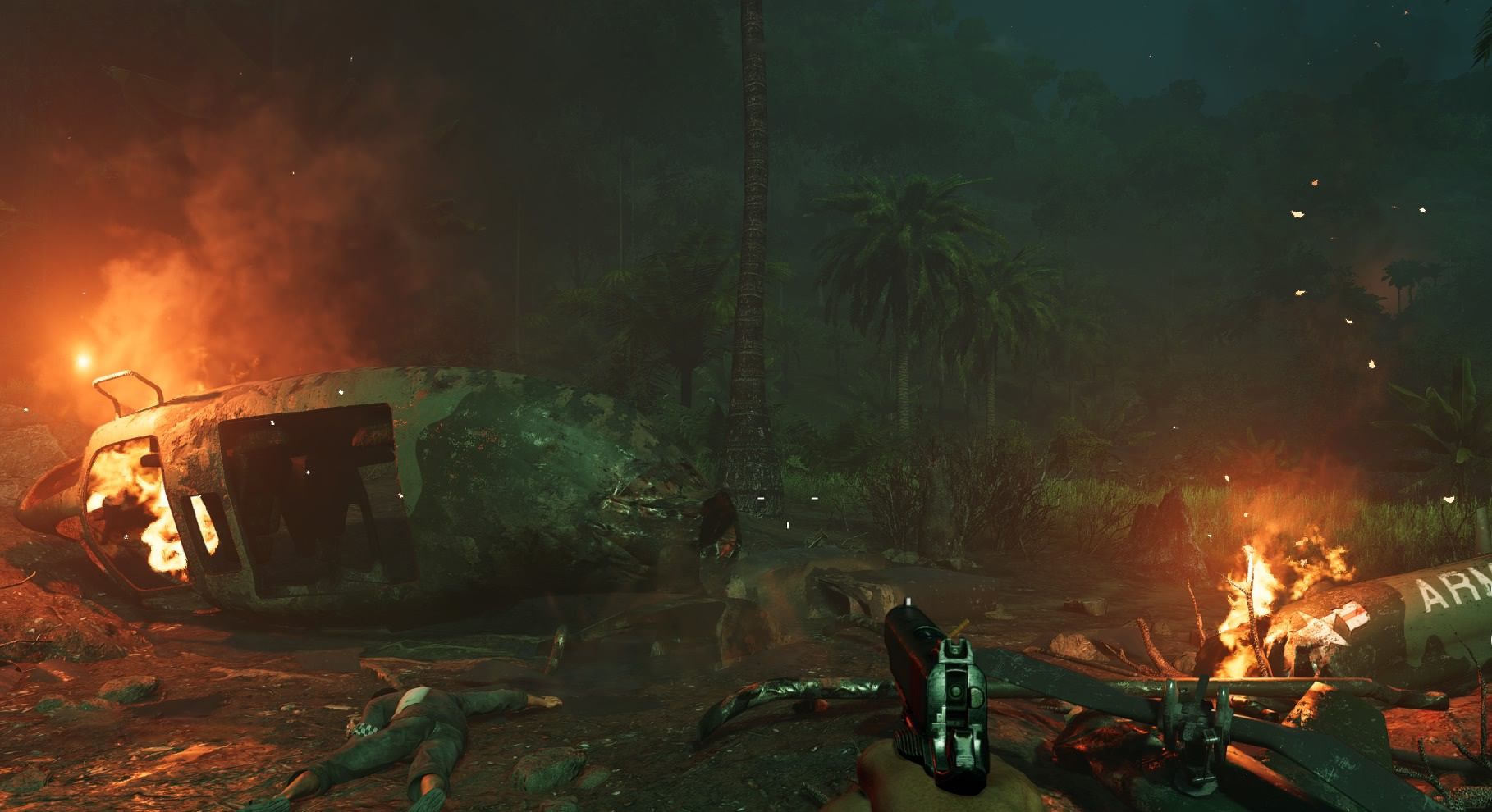 The only part of my two-and-a-half-hour jaunt through Far Cry 5's new Hours of Darkness DLC that really stuck out to me was when a Vietnamese woman taunted me over loudspeakers, telling me the jungle was not my friend and would swallow me up whole.

I was supposed to be destroying the propaganda machines playing her recordings, but in the end couldn't bring myself to do it. Better to leave that one line on my to-do list incomplete, I thought, than snuff out the only bit of flair throughout an otherwise very forgettable mini-expansion.

Hours of Darkness is the first of three pieces of DLC currently planned for Far Cry 5, and I can only pray it isn't a sign of what's to come.

I was sceptical when it was revealed, even more so when the teaser trailer showed a North Vietnamese fighter beating a captured soldier during an interrogation. I was worried it would approach the Vietnam War with all the care and precision of an indiscriminate fire-bombing campaign. I had no idea it would actually turn out to just be brutally boring. 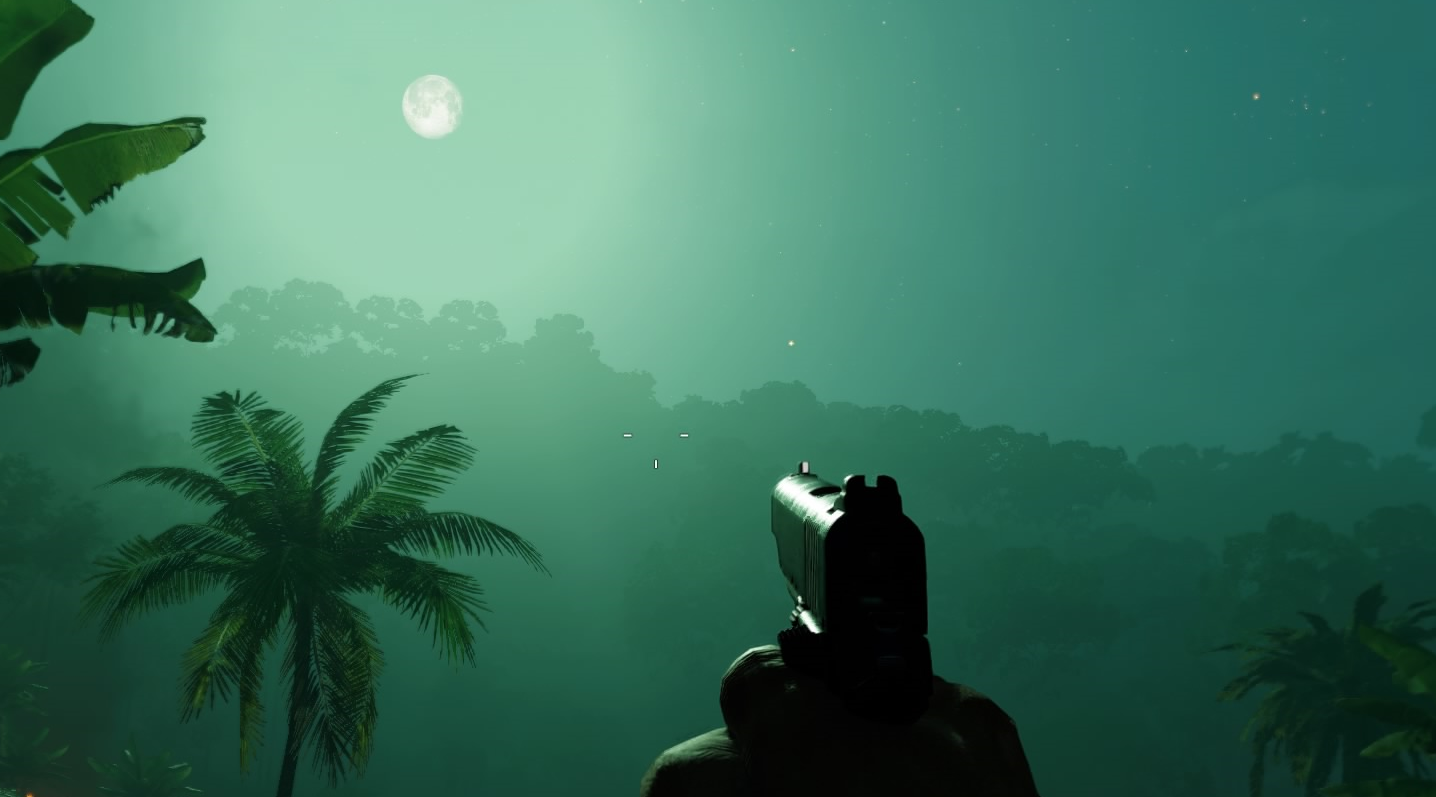 Hours of Darkness is constructed like a microcosm of the main game, but completely separate from it. Your helicopter has crashed and the survivors have all been captured. Being the first to escape, it's your job to rescue them and get to an extraction point on the other side of an open-world area slightly smaller than one of the individual three regions from the main game.

Unfortunately, and in just about every other way as well, Hours of Darkness feels like a scaled down version of Far Cry 5 that doesn't fully commit to introducing any new elements.

There's no real story, which in some ways makes it feel more like a level designed using the game's map editor and less of a fleshed-out idea. A few notes strewn about the world talk about anti-aircraft gun locations and troop movements, but there's nothing that gives the fields, jungles and rivers of Vietnam much of an identity.

It lacks even the world-building that someone might be able to superficially glean from watching a montage of Vietnam War film trailers, instead presenting a sort of impersonal view from nowhere that's pretty but lifeless. 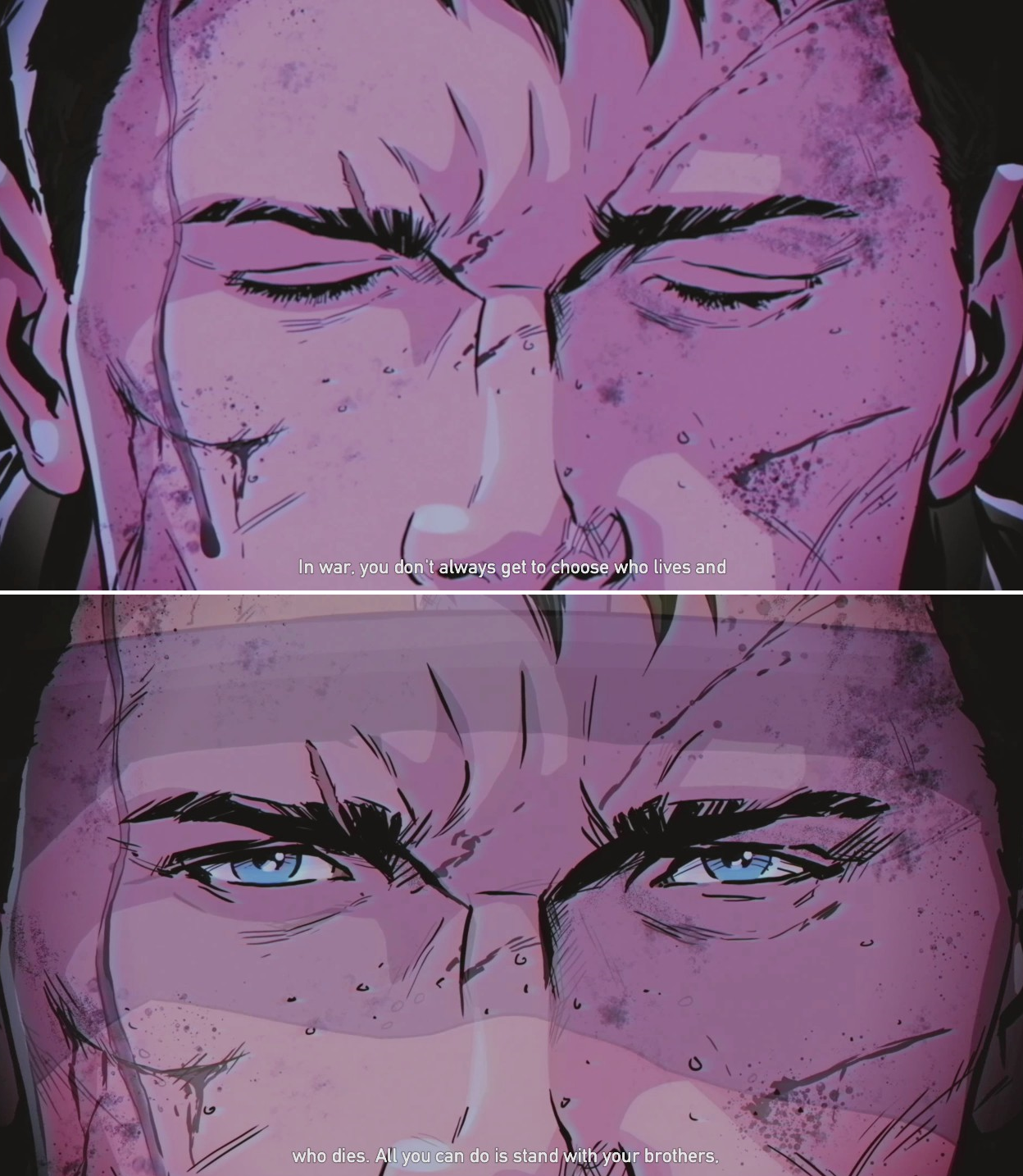 Far Cry 5 had a sprawling map full of spontaneous-seeming events that would cascade into new story missions and sidequests, but few specific moments that felt compelling or memorable. Despite being smaller and structured more linearly, Hours of Darkness is no different.

But where Far Cry 5 at least had named characters asking you to rescue their beloved truck or mountain lion, the game's first DLC is stuffed only with more tedious chores such as destroying artillery cannons or ransacking a handful of enemy outposts.

Locating and freeing your buddies ends up not feeling that dramatic either. Despite them having memorable names such as Joker and Moses, I could barely tell them apart while they incessantly yelled at me to lay down cover fire while they were reloading.

There are also a few allied South Vietnamese POWs to set free and lighters to collect from fallen American soldiers, but no real payoff to completing any of this stuff either. How full the completion meter is by the time you finish the DLC only changes the final photograph you and your squadmates take after getting evacuated. Kill more high-value targets and the gang will get a few extra medals.

What that has to do with one of the most disastrous and tragic wars in US history, or the fictional veterans of that war who you encounter in Far Cry 5, is never made clear.

"Hours of Darkness isn't all bad."

Hours of Darkness isn't all bad. Its lush green landscape is eternally shrouded in fog, creating an interesting feeling of anxiety and confusion. It's easy to get turned around in the small map you're exploring, and enemies are constantly coming out of nowhere, forcing you to stay off main roads and spend a lot of time crouching behind bushes.

Whereas stealth mostly took a backseat in Far Cry 5, Hours of Darkness encourages you to take things more slowly by rewarding you with perks for completing silent takedowns that increase your speed and awareness of other enemies. When you're discovered, these perks reset and need to be built back up again with more silent takedowns.

It creates a fun rhythm that helps break up the usual monotony of shooting enemies as they rush you two or three at a time after triggering an alarm. There's also no barrage of armoured convoys and cultist helicopters perpetually blowing your cover, giving you more control over when to escalate encounters. 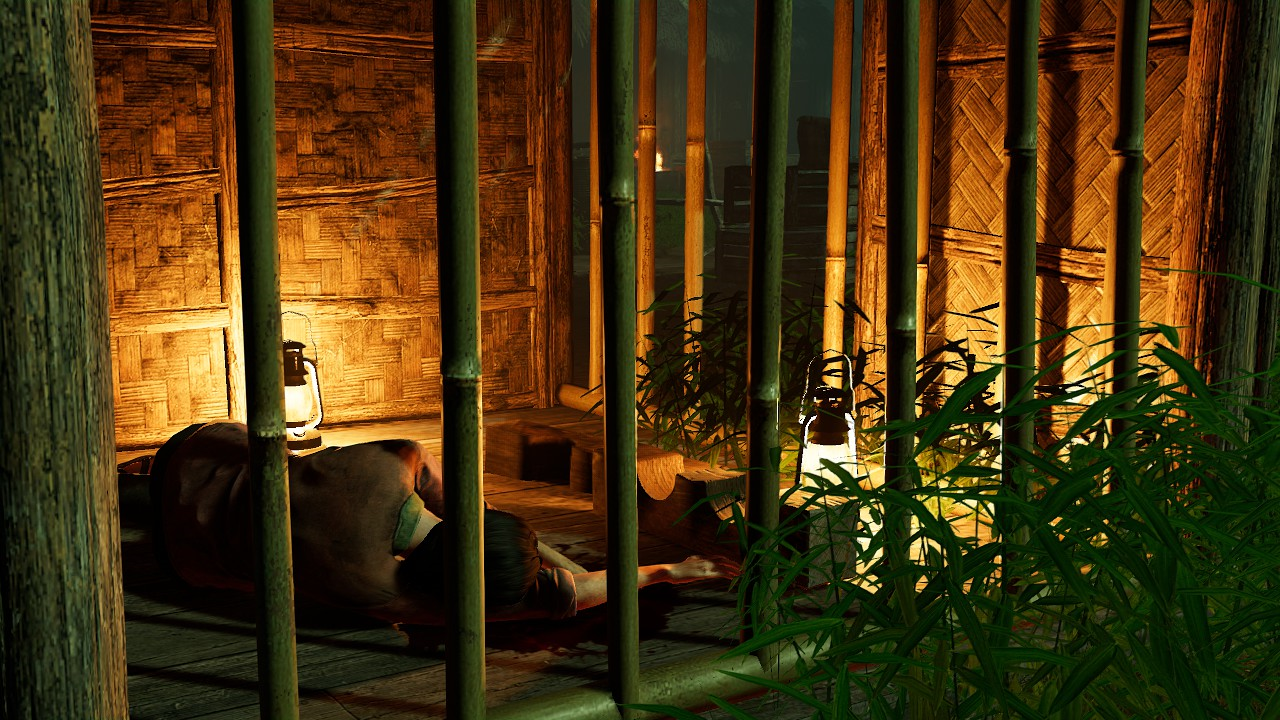 Your comrades can also die permanently if you don't revive them when they're downed. In classic Far Cry fashion, this can also mean that while driving your truck at 80km/h down a dirt road, one of them might accidentally bite the dust after the game's complex physics glitch out and send them flying into the hills, as happened to me.

For the most part, the threat of permadeath forces you to be more thoughtful about how to engage with large groups of enemies.

And then there's Survivor, an extra difficulty mode that limits your health and inventory and also restricts you from calling occasional air strikes to take out heavily-guarded enemy positions.

Higher difficulty options are something the main game has needed since launch, and seeing them in action in Hours of Darkness is proof of why. Freedom is only meaningful when it's accentuated with occasional limits, and when played with higher stakes and more focused strategies, taking down an outpost in Hours of Darkness feels in many ways more rewarding than doing so in the main game.

At the same time, the unpredictable sandbox elements that give the main game a sense of spontaneity feel nonexistent in Hours of Darkness. But there's no interesting tale of brotherhood, international politics and human psychology to take its place.

The DLC is ostensibly about Wendell Redler, a character responsible for stashing weapon caches all around Far Cry 5's Hope Valley and who asks you to retrieve lighters from his dead war buddies before members of the game's religious cult do. In practice though, Hours of Darkness just a streamlined simulation of the main game's combat loop with little to offer anyone who already played it.

While it comes free with the game's $44.95 season pass, so does Far Cry 3: Classic Edition - which, for all its faults, remains a much more interesting and vibrant jungle to return to.