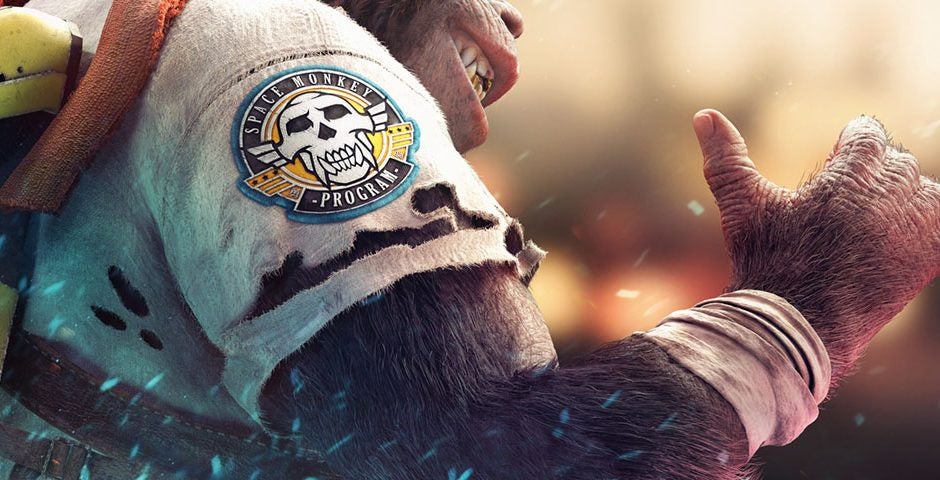 Ubisoft is asking fans to contribute art and music to its upcoming game Beyond Good and Evil 2, with the promise of monetary compensation if their work is chosen. Fans are already diving in with gusto, but critics quickly pointed out the issues with asking people to do work for only the possibility of payment.

The long-awaited sequel to a 2003 Ubisoft game that was critically loved but flopped at retail, Beyond Good and Evil 2 will take place in an open universe full of strange creatures and cultures.

During its E3 press conference, Ubisoft said that fans will be able to help populate that universe with their own music and artwork through a partnership with a company called HitRECord, with that company's founder, actor-turned-entrepreneur Joseph Gordon-Levitt, appearing on stage.

The HitRECord-powered Space Monkey Program allows fans to submit ideas and works into a series of musical and visual categories such as "devotional music", "anti-hybrid propaganda" and "anti-establishment art". Other fans can then comment on and remix those works, which will ultimately be evaluated by HitRECord and - if they fit the game well enough - sent along to Ubisoft. Everybody who's contributed at all to an accepted work will be paid. 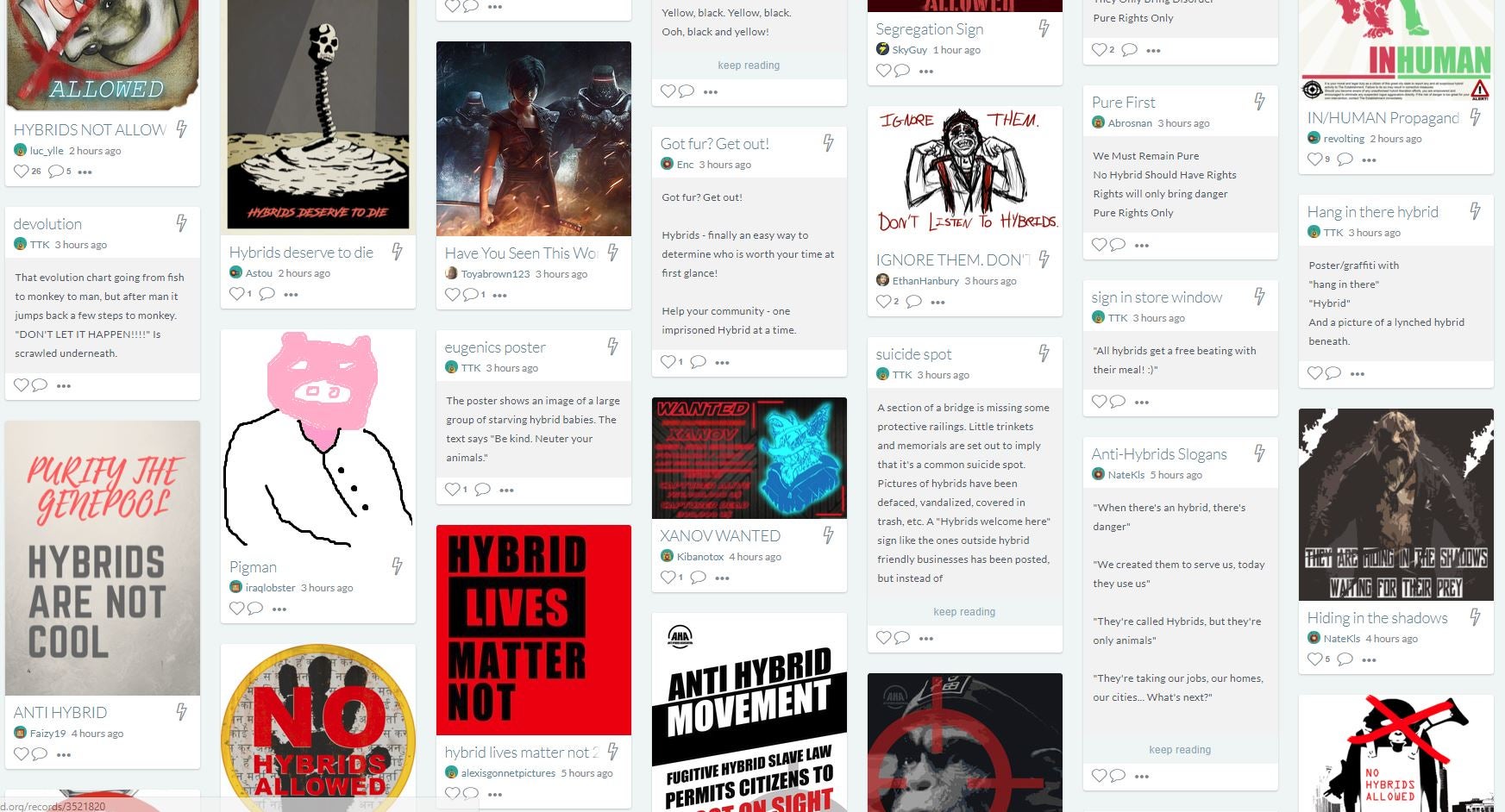 Almost immediately after Ubisoft's conference, critics and developers started asking questions: Why not just pay full-time, salaried developers to do this work? What happens if fans' work doesn't get accepted? Do they not get paid? Did they do it all for nothing?

Scott Benson, the co-creator of the indie game Night in the Woods and a vocal advocate for workers' rights, pointed out that HitRECord's business model seems to rely on what's known as "spec work", short for "speculation". This is a common but nonetheless ethically muddy practice in creative and design fields. When you do work "on spec", you're producing something that a buyer might decide to pick up and then pay you for.

"Any contribution that is included in any of the songs or visuals delivered to the Beyond Good and Evil 2 dev team will get credited and paid. If your contribution isn't used, you don't get paid."

This bugs Benson. "Lots of times it's pitched as 'BE A PART OF SOMETHING SPECIAL' or 'HAVE YOU EVER WANTED TO SEE YOUR ART ON THE SIDE OF A SUBMARINE' or if it's a shitty agency, it's just 'fuck you prove to us you're worth it and maybe we'll contract you,'" he wrote on Twitter.

HitRECord says that it has a budget so far of $US50,000 ($66,033) that, sometime next year, will be split between creators whose work is accepted for various projects such as Hindu-inspired sacred murals and space pirate radio songs. HitRecord touts itself as a collaborative environment, so that will factor into how money is divvied up.

"At HR, people build on each other's ideas, and our website (and community) keeps track of how projects evolve - and how ideas influence one another," HitRECord executive producer Jared Geller said in an email, noting that the company has paid out a total of nearly $US3 million ($4 million) since it was founded in 2004.

"So any contribution that is included in any of the songs or visuals (guitar parts, vocal stems, etc) delivered to the Beyond Good and Evil 2 dev team will get credited and paid. If your contribution isn't used, you don't get paid." 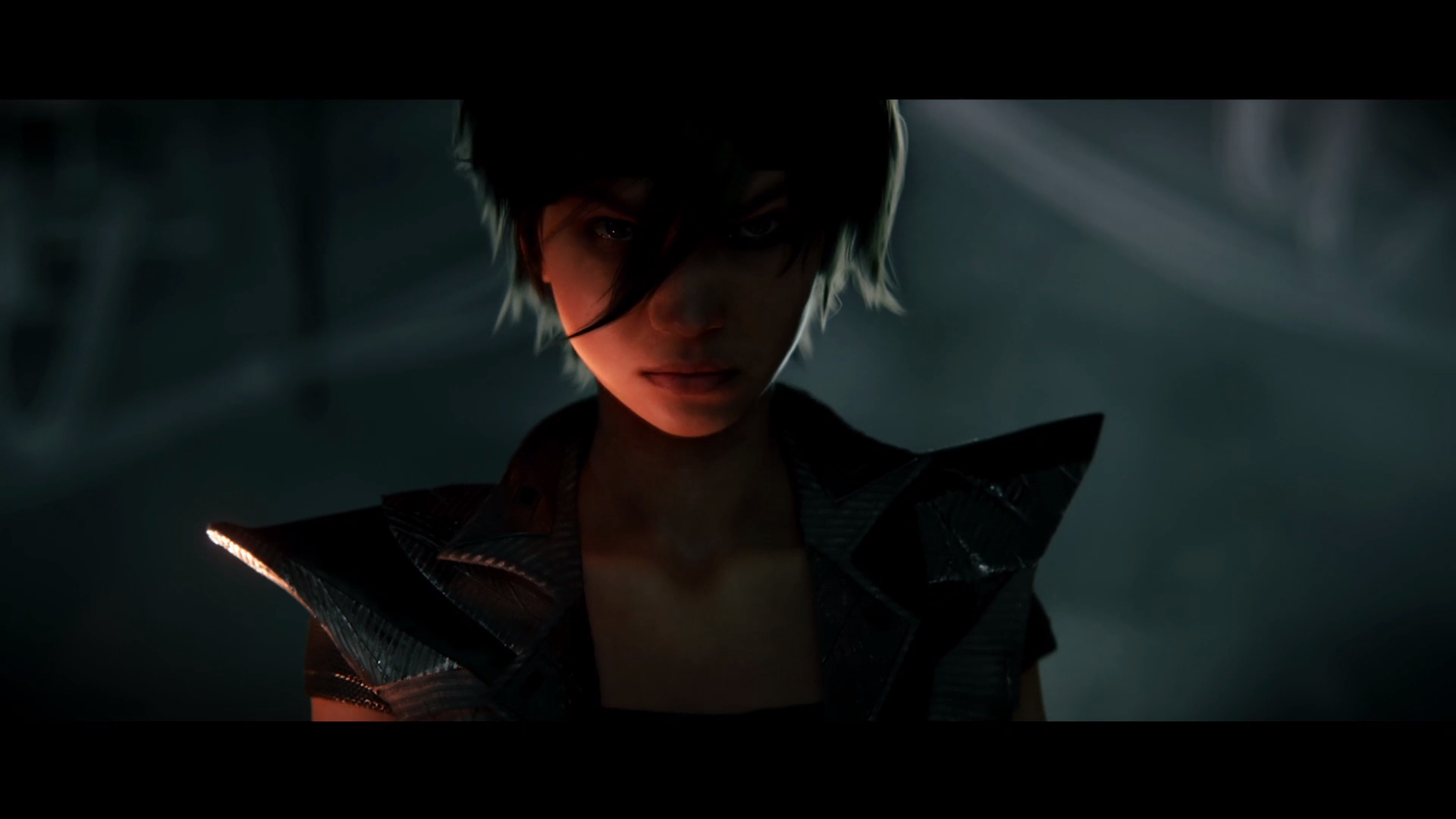 It might sound like a raw deal for people whose work doesn't get used, but HitRECord founder Joseph Gordon-Levitt argues that more structured commissions and other alternative models would sap HitRECord of its collaborative spirit.

"Scepticism is good," said Gordon-Levitt in an email. "But I would encourage sceptics to come see for themselves how our collaborative process really works. I dare say it's pretty unique.

"One key difference is that we're NOT soliciting submissions for COMPLETE works. People build off of each other, often in unexpected ways, layering remix on top of remix. And EVERYONE whose work is included in the final deliverable, whether a big piece or a marginal idea, gets paid and credited."

Initially, HitRECord decides how money is allocated between individual creators. The company then posts that information as a "Profit Proposal", which community members can dispute if they feel like someone - themselves included - should make more or less. This discussion phase lasts two weeks, after which HitRECord "might" adjust payouts.

Ultimately, though, it's still the company's call to make. That leads to a power dynamic that heavily favours the companies. There are other possible complications as well, said a representative of NoSpec, an organisation that advocates against the practice of spec work. 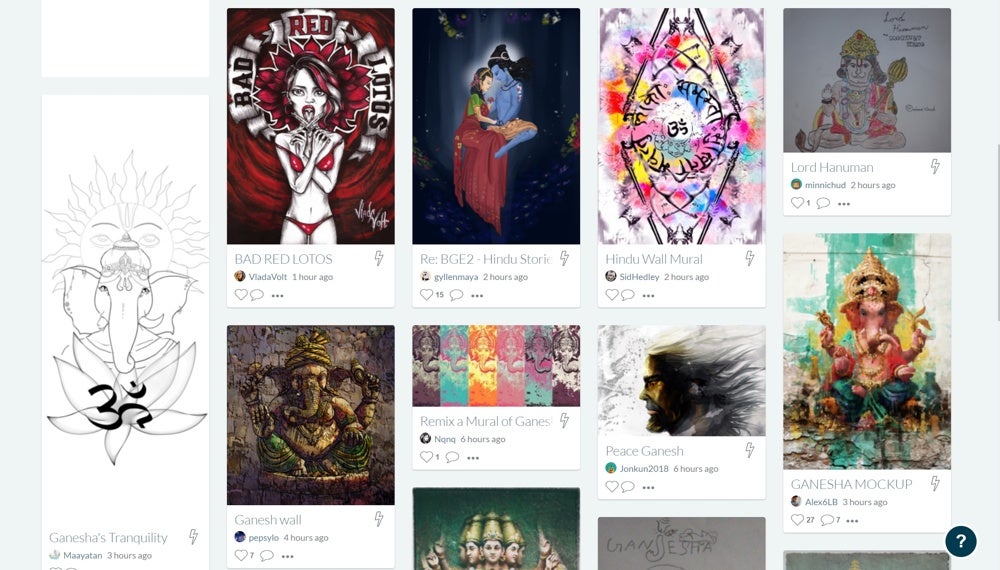 "When people who participate in spec work know that the chance of payment is slim-to-none, it invites the fastest possible turnaround, and we've found that spec websites (those that sell design contest listings) are rife with plagiarism," wrote the rep in an email.

A spec-work model isn't the only way that Ubisoft could get fans involved in Beyond Good and Evil 2's creation, wrote the NoSpec rep. It might be better for all involved, they said, to have fans submit pre-existing portfolios of work, at which point Ubisoft could then choose a selection of artists to come up with original ideas for Beyond Good and Evil 2, collaborate with others, and get paid.

"When people who participate in spec work know that the chance of payment is slim-to-none, it invites the fastest possible turnaround, and we've found that spec websites are rife with plagiarism."

For Ubisoft's part, a rep said that it's going with HitRECord and its collaborative, open process because it feels it will benefit the sort of multicultural universe it is hoping to create in Beyond Good and Evil 2.

"These assets... are the ones that will address our desire to enrich the multicultural feel and diversity of our game, and more specifically one of our major cities, Ganesha," a Ubisoft rep said in an email. They also noted that this is about getting the community involved, not finding a way to "replace our numerous artists and musicians, who are amongst the best in our industry".

But if Ubisoft wants many people from many different backgrounds to stir ingredients into Beyond Good and Evil 2's cultural melting pot, why not hand-pick additional artists from around the world and pay them a proper wage?

On top of that - since Ubisoft won't have a direct relationship with the artists, instead simply taking possession of the finished work as a package from HitRECord, what's to guarantee that Ubisoft will respect the cultures creators represent in their works, or that it won't accidentally use those works in a way that's insensitive or appropriative?

The current plan is for HitRecord to deliver these assets to Ubisoft as a handful of completed pieces - not for these creators to consult on the project or explain the context of what they created. To Ubisoft and HitRECord's credit, they do have cultural guides posted in each subsection of their collaborative Beyond Good and Evil 2 site, but this is still a minefield. 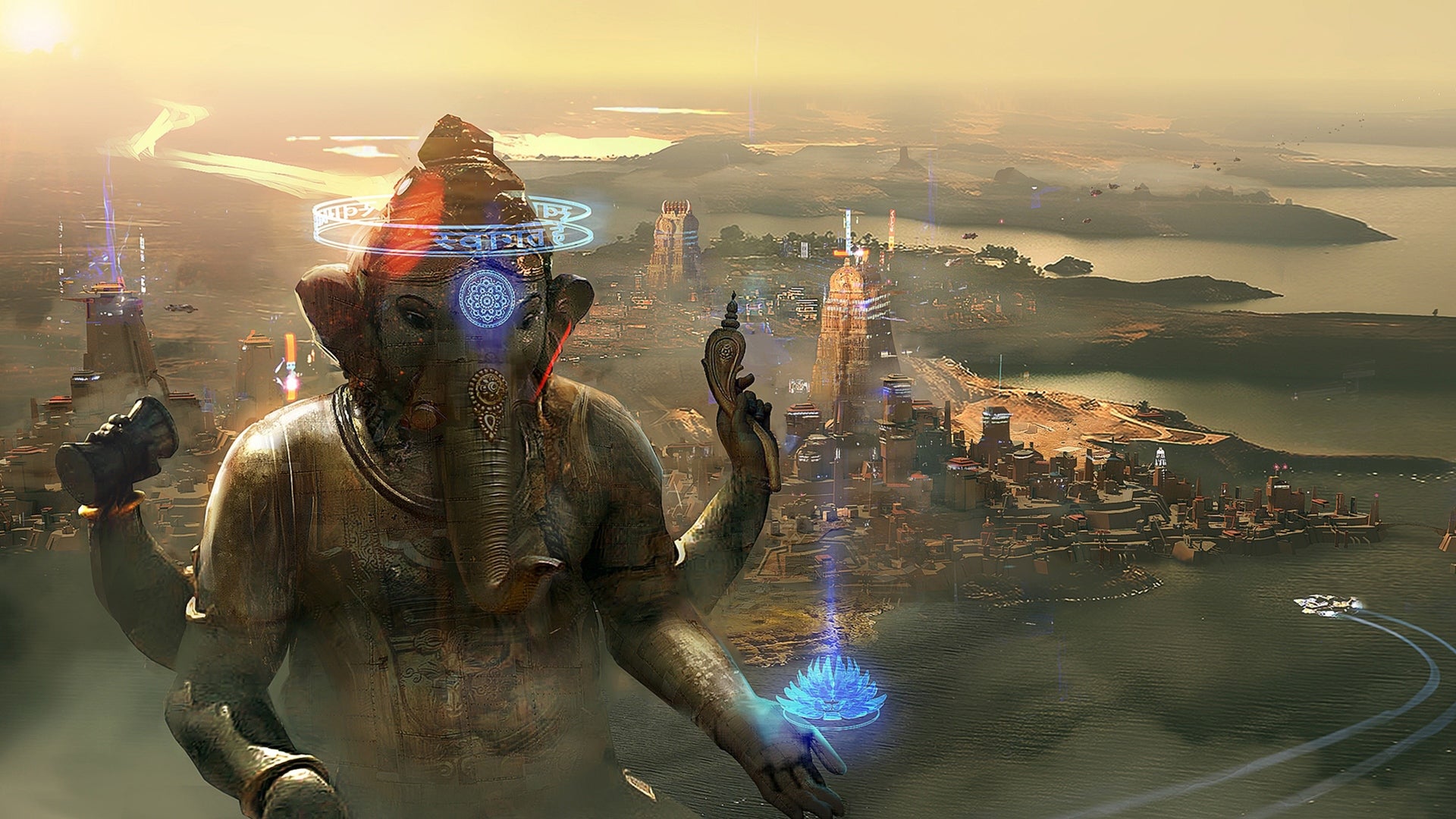 Night in the Woods' Benson told Kotaku that while he thinks that Beyond Good and Evil 2's developers' intentions are good, ultimately the bottom line of all of this is going to be Ubisoft's bottom line.

"I'm sure there are folks there who are excited about the idea of fans filling out the world they're building!" he wrote in a DM.

"You don't have to think everyone making BG&E are, like, evil people or that they even see that the issue is. But at the end of the day, this is about money. It costs orders of magnitude less to do this. And that's why it's happening. In an industry where labour conditions are already so fraught and precarious, this is a sign of where things might go."