Fallout 76 Supports 24 Players In Each Game

When Bethesda confirmed that Fallout 76 would be a multiplayer game, Todd Howard didn't specify how large the multiplayer component would be. But in the recent documentary with NoClip, Bethesda revealed how many players will be able to play at once.

In the almost-40 minute documentary, embedded below, one of the Bethesda developers confirmed that each game instance will support 24 players per each server. "You're going to open up the paper map, and you're going to see where the other people are," Jeff Gardiner, a project lead at Bethesda Game Studios, said.

"Do you want to go help them ... do you want to try to shoot them, however our PvP system ends up working out ... all the servers are a 24 person instance, you load in, it'll be full of people," Gardiner added.

He added that there would be a trading system, and that the team limit right now was four players, although everything was adjustable internally. Fallout 76 is designed to be a live game, with the nuclear bunkers functioning as a cyclical end-game content of sorts for players. 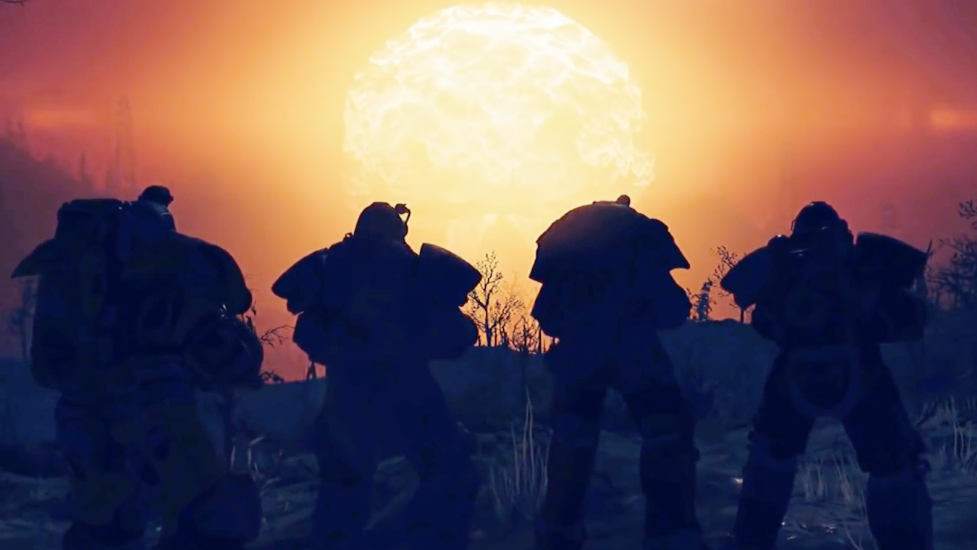 Fallout 76 will have nukes. Provided players find the keys, they will be able to fire these nukes off whenever they please. This gameplay feature, announced at yesterday's Bethesda press conference, is presumably meant to encourage player-created drama in the upcoming online survival game.

"Do [the players] create an online cold war? Do they all just decide to blow up everything? The nuke part is the one I'm probably the most interested in seeing what they do; we're trying to make it fun, it's fun to just launch [nukes] ... if you can sort of incentivise [players] ... and make that part of the world a high-level zone, I like that part of the design a lot," Todd Howard said.

The Fallout Shelter team in Montreal, who are working on Elder Scrolls: Blades, are also supporting the development of Fallout 76.