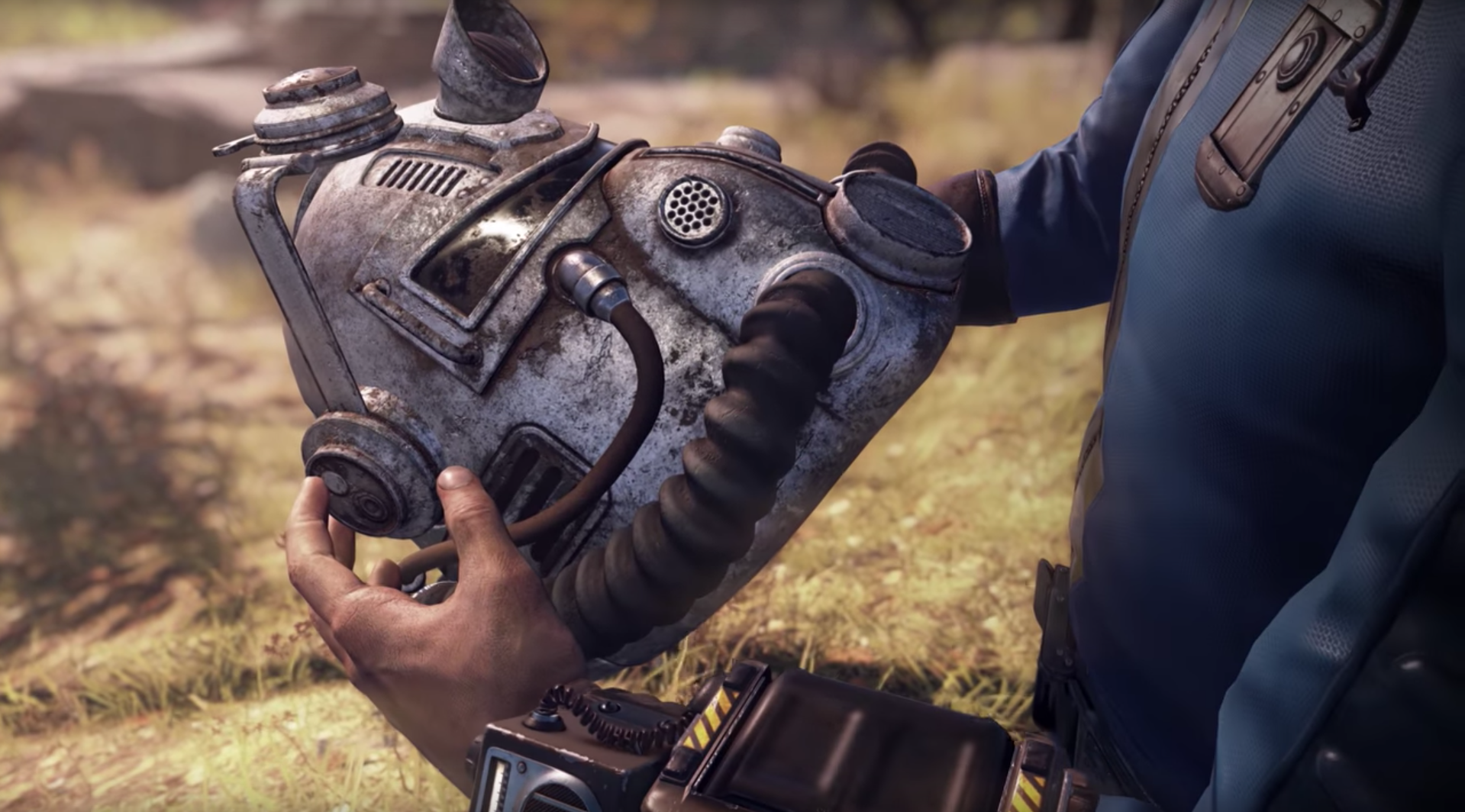 Last year Nukapedia, the fan-run Fallout wiki, fought against the for-profit wiki hosting company Fandom adding video ads to their pages and won. Now the videos are back, and these fans are considering leaving the platform entirely.


When you hop over to the fan-run Stardew Valley wiki to check out what gifts your future spouse prefers, you’re on a website owned by Fandom. Fandom hosts almost every video game wiki you check out when you’re double checking the specs of a weapon or poring over the details of lore. The entries are all written by volunteers.

Last September, the community that manages the meticulously detailed wiki for Fallout discovered that several pages had videos on them that were not in line with the established editorial tone of the site. Eventually Fandom removed those videos, apologising to the community.

Now they’re back, and the Fallout wiki community might just up and leave because of it.

On May 30, videos were added to 17 pages of the Fallout wiki. They are featured at the top of the page, before the article begins, and they autoplay with ads. Unlike the videos that were added last year, they’re all official trailers from Bethesda, as opposed to videos made in-house by Fandom.

The videos that were added last year were seen by wiki writers as poor quality. They sometimes used footage taken from YouTube videos, and the wiki community didn’t approve of the editorialising in their scripts. They were also added without asking the community, which caused bad feelings regarding the community’s dealings with Fandom.

Fandom only announced the return of video the day they went live. 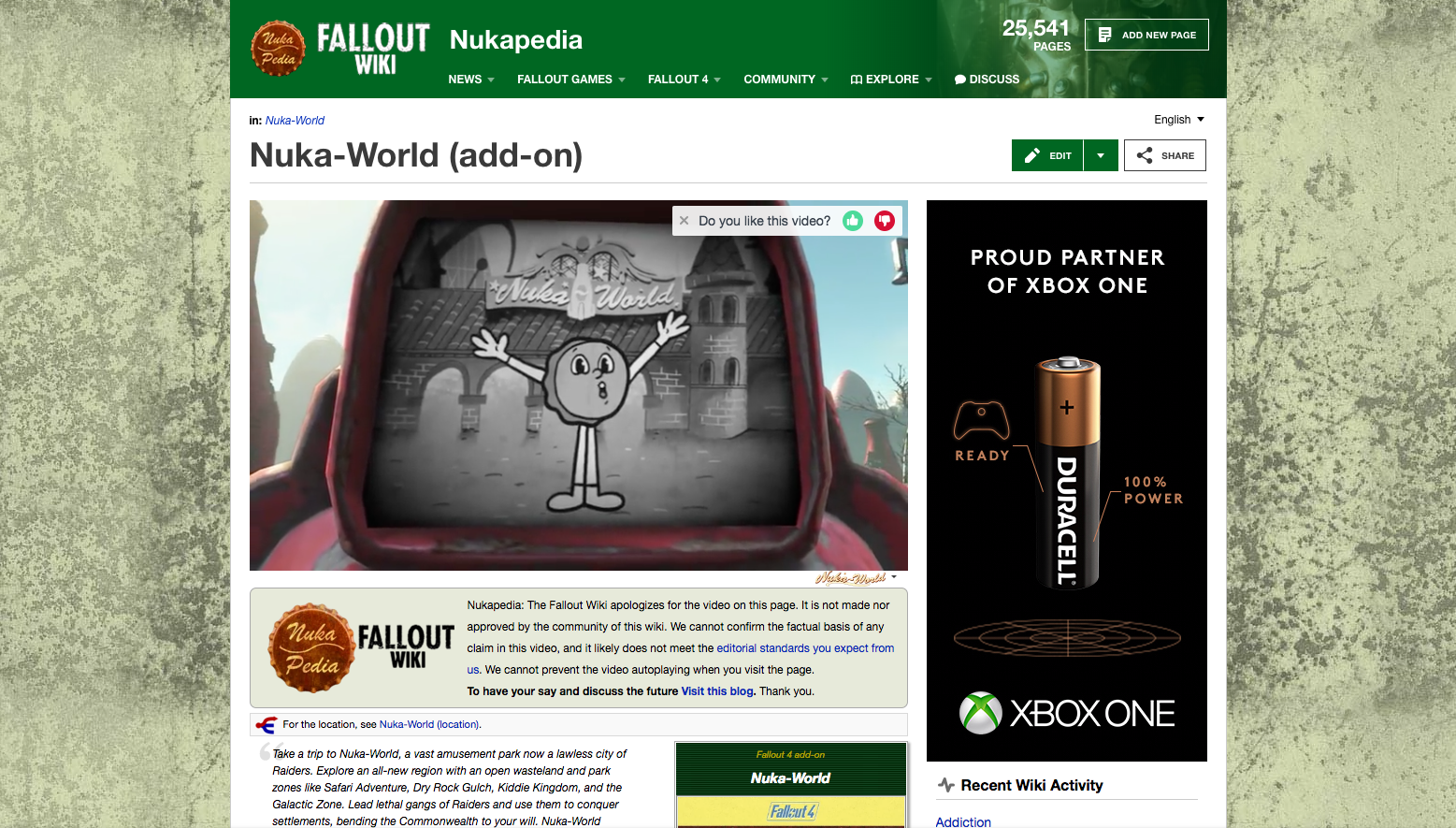 The Fallout Wiki community has also added a template to pages with video apologising for their presence.

Although the new videos are a far cry from the cringey ones from last year, the wiki community would simply prefer it they weren’t there at all. According to a representative from Fandom commenting on a blog post about videos on the Fallout wiki, they have a “73% satisfaction rating across all videos here and an 87% satisfaction rating on fallout.wikia.com/wiki/Fallout_76. This tells us that people visiting this wiki are responding positively to the videos.”

Members of the wiki are not happy that video has returned. In a “state of the wiki” blog post to the rest of the community, Chad, a “super-admin” for the wiki, said, “Our relationship [with Fandom] has risen and fallen over the years, but we think it’s safe to say it’s either at, or near, an all time low. We no longer take it for granted that what is good for Wikia is good for us, and are alarmed about the direction they are taking in many areas.”

Many community members shared this sentiment, one user writing, “While users may like the content of some of the videos, literally nobody likes autoplay videos. So when a service forces them on you, it shows that service has absolutely no respect for its users.”

“We are committed to developing a video strategy and experiences that are compelling and that further fuel fans’ passion for the entertainment they love. And, we’ve seen fans responding well to the videos with solidly positive ratings for both our overall site and for Fallout,” a representative from Fandom told Kotaku.

Although Fandom has been clear that from their perspective, response to videos have been positive, the Fallout wiki community is now considering leaving Fandom entirely because of them. They have created their own wiki structure, dubbed Exodus, and Chad has sent a letter to several representatives from Fandom issuing an ultimatum: Either the video goes, or we do.

“We have again seen ‘Featured Video’ added onto our wiki. Despite the community’s repeated insistence that this feature was not wanted and is seen as a breach of our editorial independence and control, it seems that Fandom will not accept that no means no,” he wrote.

“The community’s greatest desire is that we go back to exactly where we were 12 months ago, where there was no forced video, where we had a positive relationship with Fandom and its staff. It is my belief that we can get back there, if Fandom makes that choice.”

A representative from Fandom told Kotaku, “We of course hope Nukapedia leadership decides to keep Fandom as the community’s home and will continue conversations with them.”

Not every member of the community believes that leaving Fandom is the right choice. Wiki editor The Dyre Wolf said in a comment on this letter that they believe if the Fallout wiki leaves Fandom, they ultimately have more to lose, especially because there’s an upcoming Fallout game on the horizon.

“If this dialogue outlasts the initial blast of new information and searches for details on 76, that will effectively eliminate an Independent [Wiki] having a chance to ride the wave of frequent searches,” they said. In short, the wiki on Fandom as it exists already gets priority in search results. The same cannot be said for an entirely new wiki, even if they’re bringing over a dedicated community of editors and contributors.

At this point in time, Fandom and the Fallout wiki are at an impasse. It appears that the videos are here to stay, and the community is not quite ready to pull the trigger on leaving the site. The future of the Fallout wiki is uncertain, but it’s clear that neither Fandom nor the wiki community can continue like they are right now.