Fortnite Pro Kills 30 Players, Gets Cocky, Pays For It 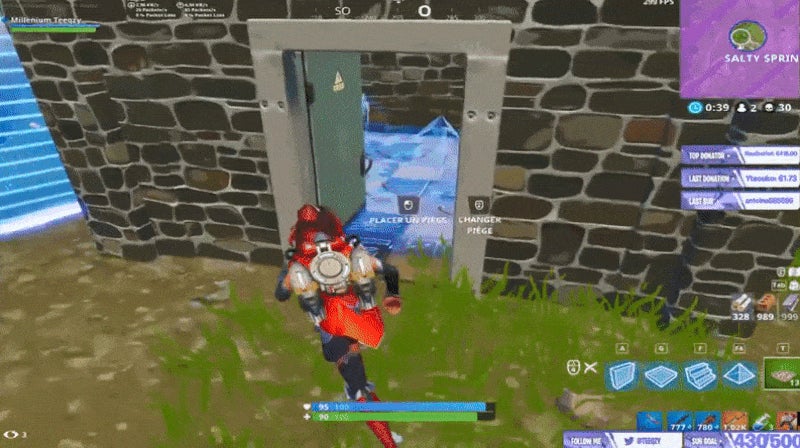 It isn't over until it's over. And even then, it might not actually be over, so you probably shouldn't bust out your victory dance moves until you're absolutely 100 per cent positive that it's over. Fortnite streamer Teeqzy recently found this out the hard way.

Teeqzy is a professional Fortnite player for French organisation Millennium. He is, as you'd expect, extremely good at this video game, which is why he was able to methodically wrack up a whopping 30 kills in a single match. Too bad he blew it.

Initially, the last other player left standing made it easy for him, giving away their position inside a small shack. Teeqzy, evidently feeling cheeky, ran over and planted a floor spike trap beneath his opponent while remaining safely outside the shack. He then proceeded to close the door to the shack, boxing his foe inside a magnificent deathtrap for a supervillain on a budget. With his victory all but assured, Teeqzy began dancing.

Then, the door opened.

Teeqzy miscalculated. His opponent still had enough HP to make it to the door before the spikes made shish kebabs out of their insides. They opened fire, and before the spikes were able to finish them off, they left Teeqzy lying in a pool of his own shame (and loot). A total bummer? Absolutely. But let's be real: Teeqzy kinda had it coming.