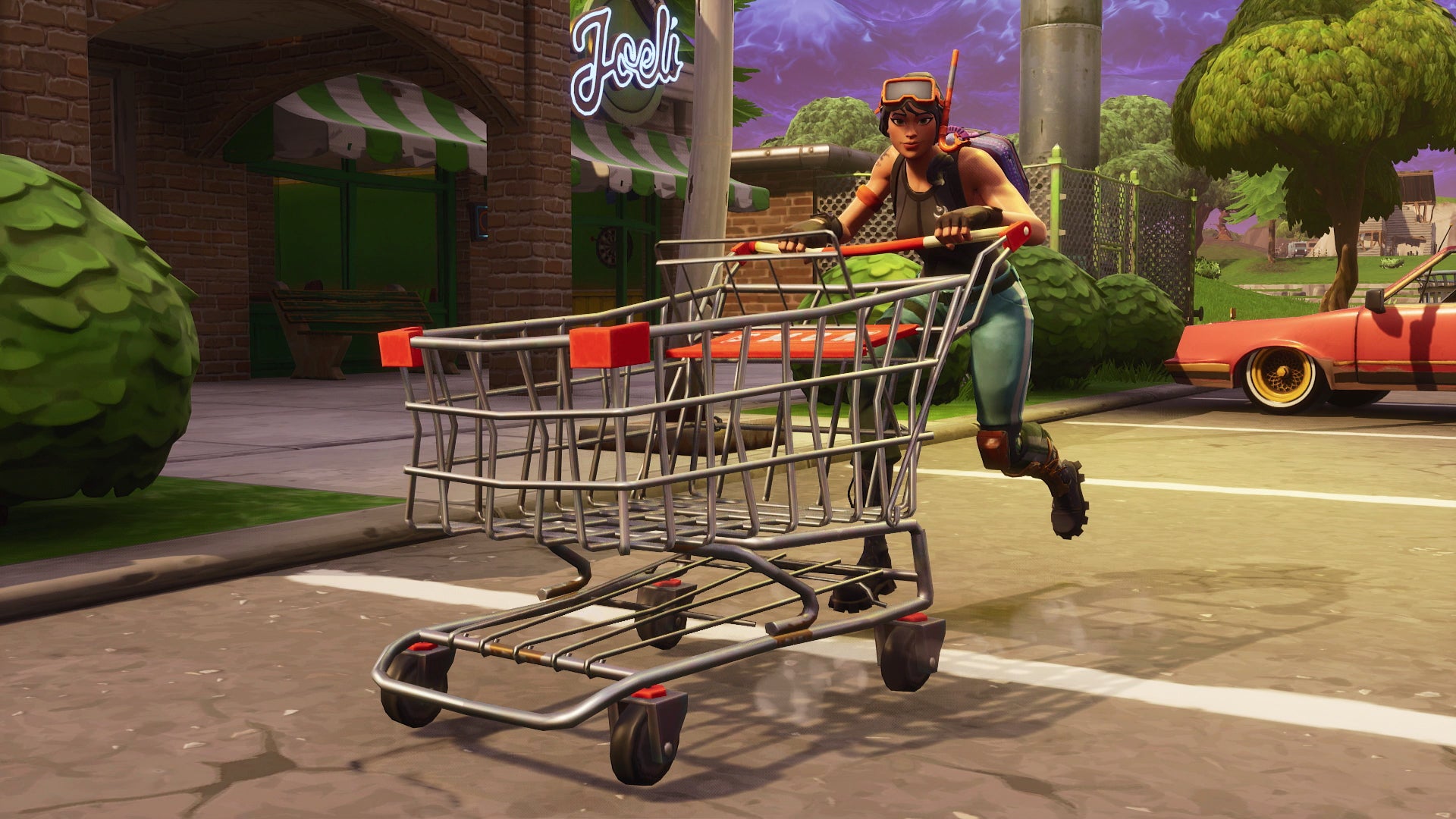 Shopping carts are, at this point, Fortnite's only vehicle. You can ride on them solo or with a friend, and they give you a slight speed boost. Simple enough, right? Wrong. Epic has now pulled them temporarily from the game three different times. Today, just when you thought they were in, Epic pulled them back out.

Here's a timeline of the carts' brief existence in Fortnite:

May 30 - Shopping carts added to Fortnite. People weren't sure about the idea of vehicles in Fortnite at first, but many players warmed to them quickly.

June 11 - Shopping carts removed from Fortnite. "Due to an issue caused by Shopping Carts we've disabled the ability to use them while we investigate," wrote Epic on Twitter.

June 14 - Shopping carts added back into Fortnite. That, it seemed to players, was the end of that.

June 17 - Shopping carts once again removed from Fortnite, this time due to a different bug that players speculate involved using them to get under the map. "Due to a bug with the Shopping Cart, we're temporarily disabling it until we have a fix. We'll update you once the issue is resolved," Epic said.

June 21 - Shopping carts added back into Fortnite again. Epic even hyped up their return with a fun user-created video in which a shopping cart - suddenly possessed by a ghost, free will, physics, or some combination of the three - ran somebody over of its own volition.

June 21, two hours later - Shopping carts once again removed from Fortnite, seemingly due to the same under-the-map issue as before. "Due to ongoing issues, we'll be disabling Shopping Carts again. We'll update you when this issue is resolved," said Epic.

21 June 2076 - The remnants of humanity pick over the remains of a civilisation many of them never knew, that fewer of them barely remember. A teen finds a phone in the rubble and, through some unknowable force, is compelled to click a blue icon with a white bird on it.

Before her wonderment-widened eyes, Twitter springs to life. There is just one entry, dated only a couple of minutes earlier. It is from the Fortnite account. After issues earlier that week, shopping carts have been enabled again, it says. The teen does not know why, but for some reason, this gives her hope.