Red Dead Online Is So Busted Horses Are Flying And It’s... 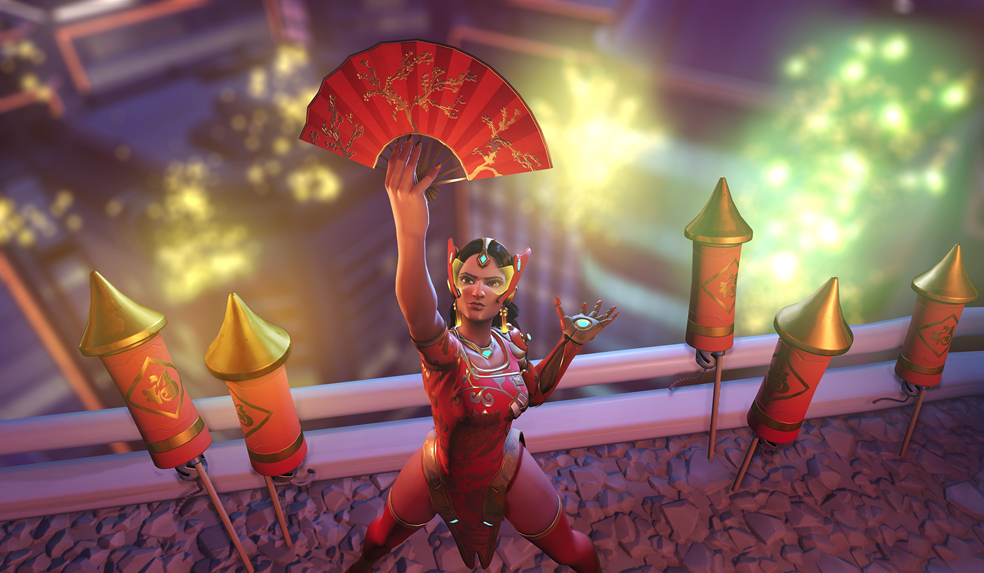 The much-anticipated rework for Overwatch‘s Symmetra is on the game’s test server, and it’s already clear that Overwatch will look pretty different when it’s released in full. As one of the most exhaustive hero reworks yet, Symmetra’s new toolkit is significantly more tactical. And, finally, developer Blizzard reclassified Symmetra as a defence hero, not a support.


Symmetra’s toolkit is subject to change since, right now, it’s in public testing. In its current state, Symmetra is immensely powerful, with some big vulnerabilities. The changes will make a lot of wild, chaotic team strategies more viable, while giving Symmetra the firepower she needs to really defend teammates.

Symmetra’s primary fire doesn’t lock onto targets any more. Now, it more resembles Zarya’s primary fire: A straight, pointed beam that extends about 10m. It’s harder to aim, but it can do a lot of damage when positioned correctly.

It will also certainly make one of the most frustrating aspects of playing against Symmetra less common: When you’re playing a squishy hero and Symmetra’s beam locks onto you for an extended period of time, you know there’s no escape.

Previously, Symmetra’s alternate fire was an energy ball that could phase through all sorts of stuff. With the rework, it charges up a lot faster and explodes when it comes in contact with most barriers and heroes.

Playing Symmetra on the test server, her new sentry turrets were the most exciting change for me. Prior to the rework, Symmetra could only set up turrets near her body.

They’re projectiles now, which is great if you’re trying to take down a flying Pharah or position turrets in enemy territory without actually going there. They do a ton of damage now, too, so getting hit by one can be pretty damning, especially since they slow down targets more, as well. Thankfully, Symmetra can only deploy three at a time instead of six.

This one’s really wild. Symmetra’s teleporter is now a main ability and not her ultimate. She can place it 25m from herself and creates the entrance in front of her. So it isn’t just for teleporting players at the spawn point to somewhere else; she can teleport players from her position to 25m away. She can do this every few seconds, since it goes on cooldown.

The teleporter only lasts 10 seconds, though. It’s also easier to take down, since its health is lowered from about 400 to 300. More things can travel through it as well, such as D.Va’s bomb or Junkrat’s RIP-Tire.

What does this mean? It’s hard to say. One application is that Symmetra can tactically transfer her turrets’ rays 25m away from her:

Another is that it can make projectile-based ultimate abilities harder to see coming. I don’t see a lot of D.Va bombs wiping out whole teams any more, since now players know the signs of it coming. That might change with Symmetra’s teleporter.

We’ll be seeing more opportunities for heroes with limited mobility to access previously inaccessible parts of maps, too, since they can just teleport there. Heroes such as Widowmaker who find relative safety on the high ground might be in trouble.

Symmetra’s teleporter is now a normal ability, and correspondingly, Blizzard blew up her normal photon barrier ability into a larger-than-life ultimate attack. It’s a huge, hive-like barrier that can span an entire map. Symmetra can orient it however she chooses, and it has 5000 health. It will definitely come in handy against huge ultimate abilities such as Pharah’s or D.Va’s.

Overwatch players are known to “report” players who play Symmetra in situations where she isn’t ideal, such as on offence or many control points. Blizzard’s intention with the rework, they wrote in the patch notes, is to “make her more flexible and viable across more areas of the game than she was previously”.

They add, “She should be more powerful and interesting in more team compositions and maps, and she should also be stronger on offence and defence.”

Symmetra’s rework is really cool, and I’m going to have a lot of fun with it, but I’m still not sure it will be a great toolkit on offence. She does a ton of damage, yes, and her teleport ability can help reposition a team and carve the way for an objective takeover. It will be interesting to see what strategies players come up with to capitalise on her new abilities.