It's A Good Time For A Street Fighter 3 Revival 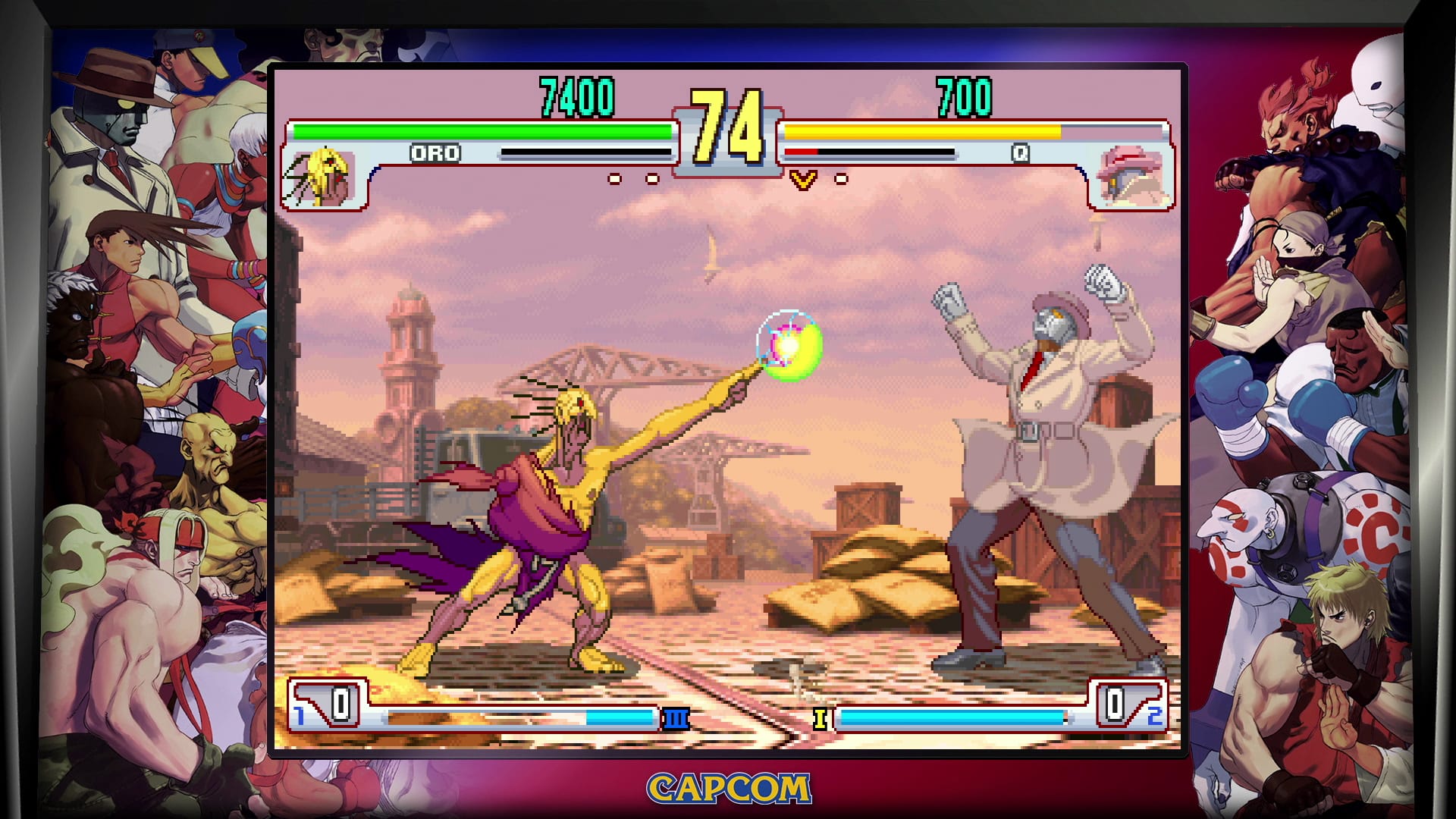 The new collection rounds up 12 Street Fighter games from the past three decades and allows ranked and casual online matches for four of them: Turbo: Hyper Fighting, Super Turbo, Alpha 3 and 3rd Strike.

As a Blanka fan, I expected to glean hours of entertainment just from flipping between the five versions of Street Fighter 2 on offer, trying out every iteration of the green Brazilian.

But once I got around to booting up 3rd Strike, I fell back into a hole. I have a soft spot for the game. It's a relatively easy SF game to get into, but it also has hard-to-master techniques such as charge partitioning and buffering which reward those patient enough to keep practising.

My favourite character, Blanka, is not even in that one, but I love the other glorious weirdos such as Q and Twelve who only appear in 3rd Strike.

I didn't grow up playing 3rd Strike in an arcade, so if the 30th Anniversary edition is "arcade perfect", I can't tell. I learned the game on the 2011 release of 3rd Strike Online Edition for the Xbox 360. Compared to the original arcade version, Online Edition had enhanced visuals, crisper sound and the opening song "Knock You Out", a corny but delightful Street Fighter-themed jock jam that all people everywhere should add to their workout playlists.

The arcade re-release featured move lists for every character in the sidebars, a helpful addition for both the newcomers and the old-timers who just need a refresher on the subtle differences between each SF game.

The 30th Anniversary version of 3rd Strike feels the same to play, but the audio and effects sound much less crisp, and "Knock You Out" is missing; it isn't even available in the freeplay soundtrack section for the game.

But if you'd never played Online Edition, or any other ports or re-releases for any of these Street Fighter games, then you wouldn't know any better, and you'd still enjoy 3rd Strike on its own merits, which are undeniable. It's still one of my favourite Street Fighters. 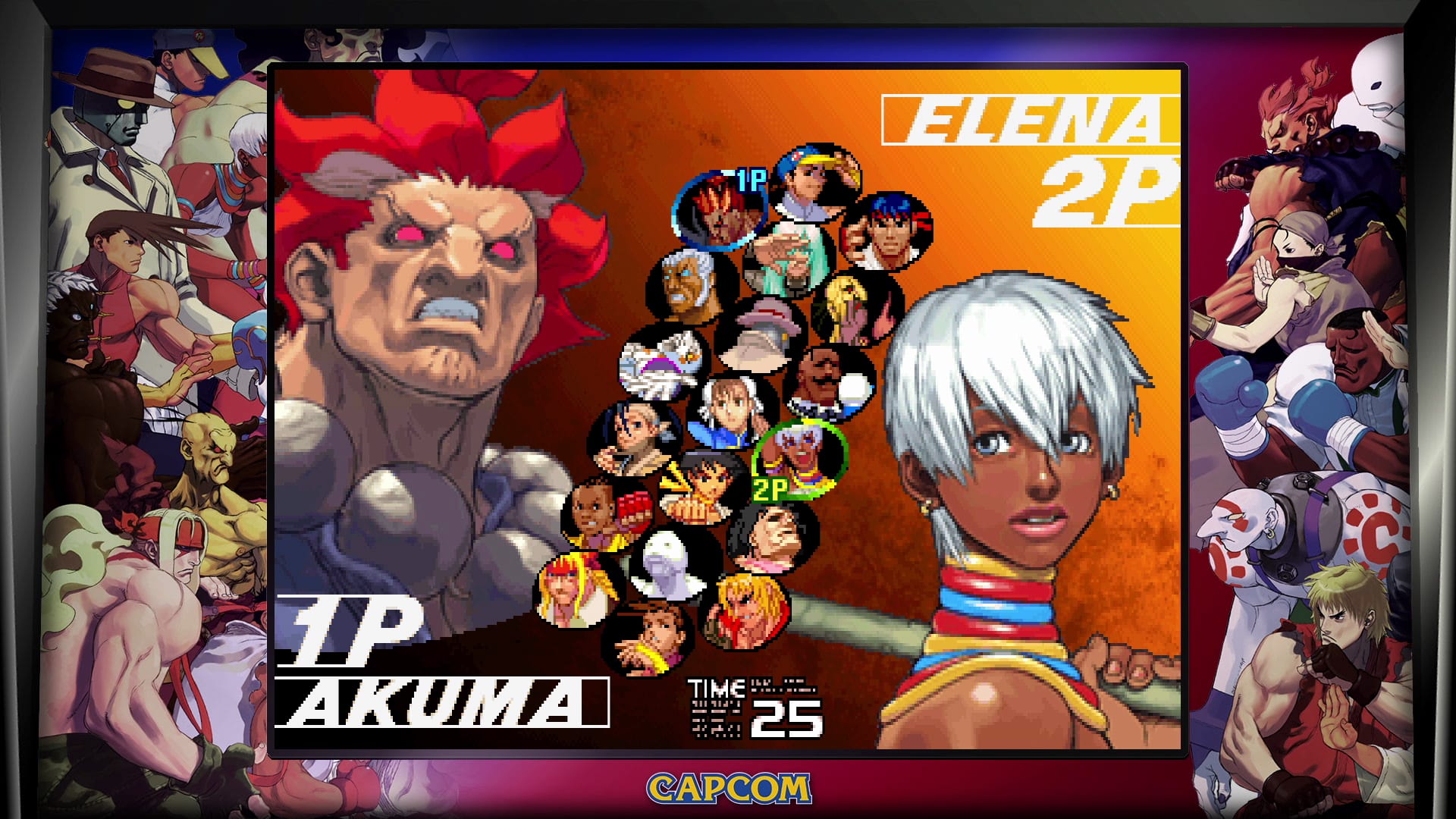 One of the knocks on the new collection is that the online play is bad. I only had a few connection and lag problems while fighting foes online, although my friends have complained to me all week about long wait times and laggy matches. In 30th's online modes, players can't prioritise opponents based on their region or internet connection quality.

I'm not sure why I had a better experience than my friends. Perhaps it's because of how often I opted for "casual" matches rather than "ranked". Perhaps most of the people playing 30th Anniversary are newbies who don't want to play against people who they assume have been mainlining Street Fighter 3 since 1997.

Although I only had a few laggy matches online in 30th Anniversary, I decided to buckle down and try FightCade, an online fighting game platform that lets you play ROMs of old games against other people on PC.

According to all my friends, it would be a way better experience, but the only problem was that the people on FightCade were definitely the types to have been playing SF3 since 1997. I expected to not lag one tiny bit while getting my arse kicked.

I installed FightCade and 3rd Strike and braced for impact, but... guess what? It's actually a great time to join FightCade.

The chat in the lobby every time I signed on was peppered with friendly banter from folks who'd been trying to play 3rd Strike in 30th Anniversary and had given up due to slow matchmaking and laggy connection speeds. Many of the other players in the lobby were totally new to 3rd Strike.

I played some people who kicked my butt, but I spent far more of my time duelling against people who had clearly not played much 3rd Strike. I didn't mind that at all, since the thought of total newcomers getting into 3rd Strike because of 30th Anniversary warms my heart. Even if, uh, they aren't actually playing 30th Anniversary.

The switch from 30th to FightCade felt incredible, too. No offence to Capcom's "arcade perfect" port, or anything, but the hits on FightCade feel so much more sharp and instantaneous. The sound effects and music sound perfect, too, but that could just be the ROM I happened to snag. (Not sure how to find a ROM where every song is "Knock You Out". Might have to make one.)

Over an evening of 80 matches or so, I didn't run into any lag via FightCade's matchmaking, and that could very well be because I could filter all my matches by latency and location.

The fun of 30th Anniversary has been the reveals of old concept art and ideas for Street Fighters past, as well as show matches featuring Street Fighter pros facing off in the old games that they came up on. 30th Anniversary may not be for the people who remember playing the original arcade versions of these games. The people who care about that are already on FightCade and have been for years.

30th might work best for the people who never had the chance to play these old games at all, and who want to learn that history in an environment where there are a lot of other newcomers, and where you can blame your losses on lag. It's also the version that will direct money to Capcom itself, of course.

But if you want to play a really good version of 3rd Strike, you could do worse than FightCade. Or, heck, pick up Online Edition. If only for the soundtrack.