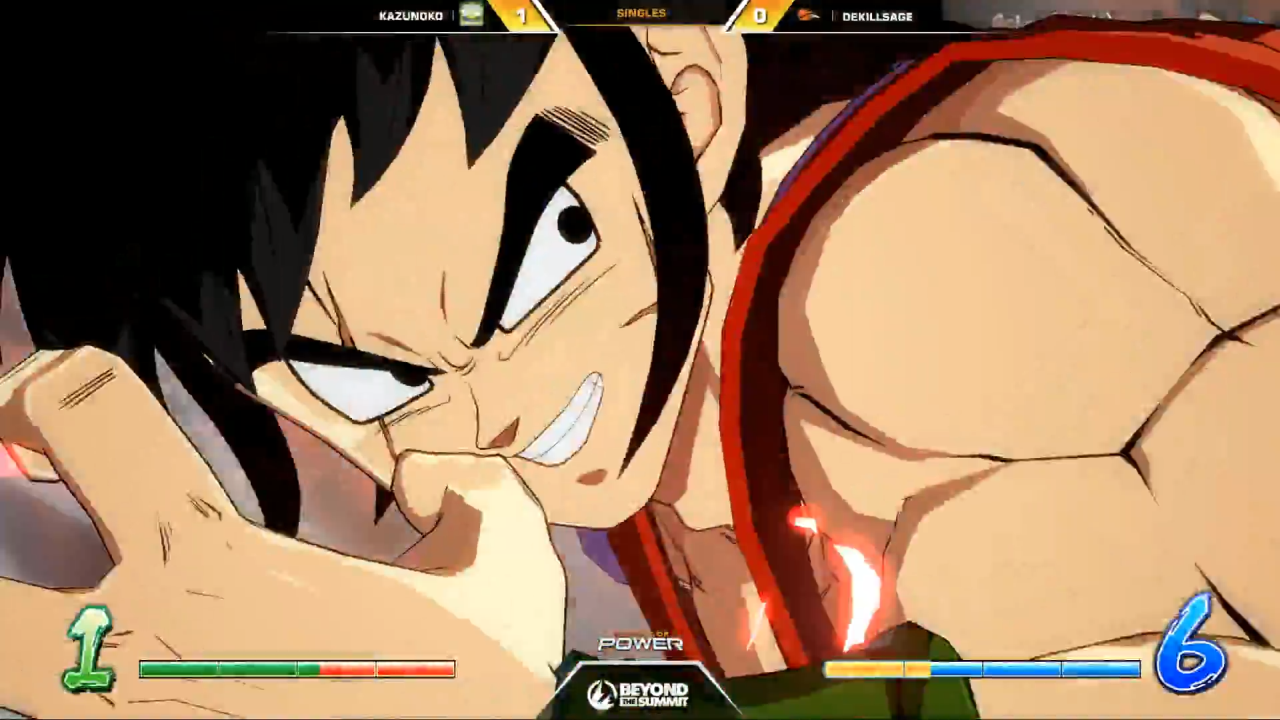 Yamcha has not had the best luck in Dragon Ball. He was once a lord and a threat, but by Super his lagging power level became a gag. You wouldn't know it watching Ryota "Kazunoko" Inoue play him in Dragon Ball FighterZ, though.

During a match at this weekend's Summit of Power, Kazunoko was reduced to just his Yamcha against all three of Jon "dekillsage" Coello's fighters. The commentators on the couch had no faith in the Wolf Fang Fist.

Fellow pro player William Peter "Leffen" Hjelte was on the mic and took it one step further: "If Yamcha wins this, I'm picking up Yamcha."

In the course of just about a minute, Kazunoko proved the doubters wrong.

Kazunoko made it look almost too easy, and showed that one of Dragon Ball's legacy fighters is as worthy of respect as any Saiyan.

Kazunoko would go on to complete the 3-0 sweep of dekillsage and leave the commentators in awe of his Yamcha. If you want to see the whole set, you can find it on Beyond the Summit's YouTube here.