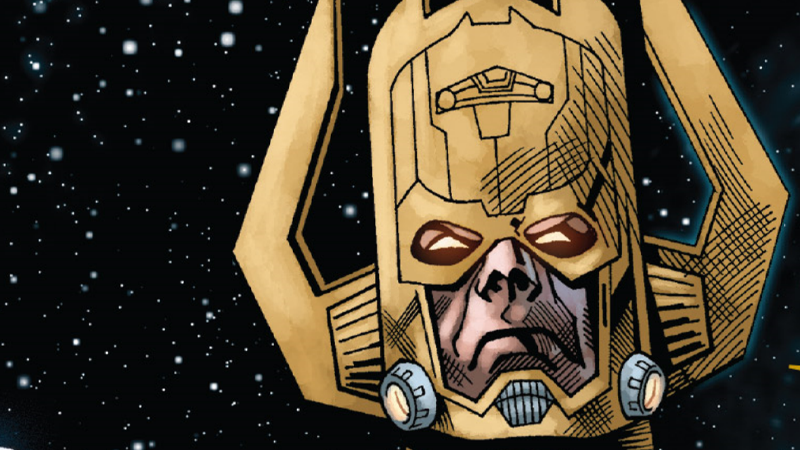 You probably best know Galactus as either the Devourer of Worlds or perhaps even Squirrel Girl's BFF. Though, for the past few years, the greatest threat to the Marvel Cosmos has actually been one of its greatest protectors. But Marvel's upcoming Infinity event has just forced the interstellar entity down another path.

Back in 2015, the newly-formed Ultimates team hatched a bold plan in the wake of the newly re-formed Marvel Universe: They would deal with Galactus once and for all, forcing him back into the incubator that birthed him during the Big Bang in the hopes he would either be contained or destroyed. Instead, neither of those things happened. 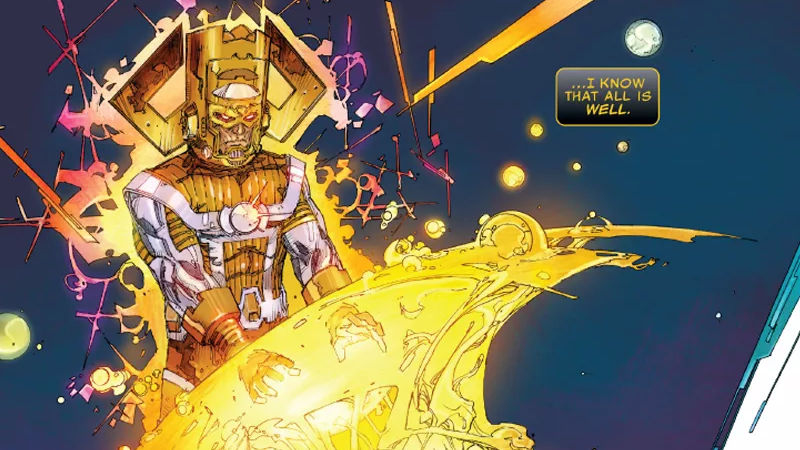 Black Panther witnessing the birth of the Lifebringer all the way back in 2015's Ultimates #1. Image: Kenneth Rocafort, Dan Brown and Joe Sabino (Marvel Comics)

Galactus became a being who heralded life, rather than consumed it. The devourer was no more, transformed into Galactus the Lifebringer, working with the Ultimates, even in direct conflict with his fellow cosmics and celestial beings, as a force for good instead of an unstoppable destroyer.

Since the big change, Galactus' former herald the Silver Surfer has gone on journeys of his own, free of his old master to explore himself and the wider cosmos. With the Lifebringer, the Surfer would no longer be forced to watch countless worlds die to momentarily satisfy an endless hunger.

But the rise of another threat to the cosmos has realigned the wills of Galactus and the Silver Surfer once more, because Ultron is back on his bullshit. Specifically, Ultron is back on bullshit powered by the might of an Infinity Stone: The Soul Stone, wrestled into his control at the start of the prelude miniseries Infinity Countdown. 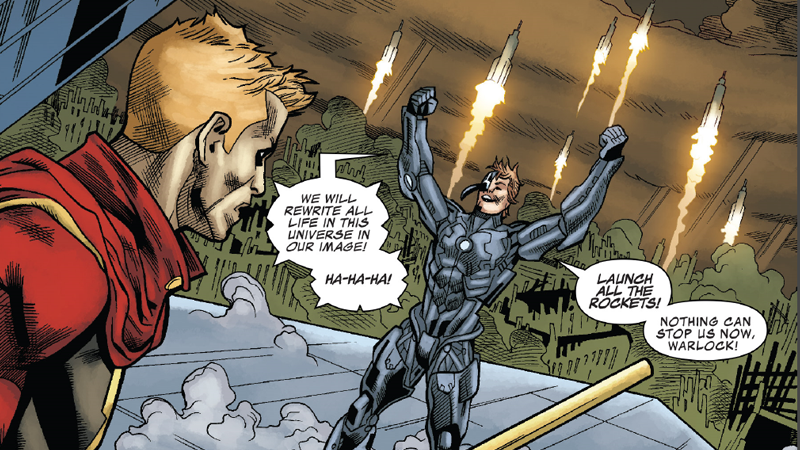 This week's fourth issue of Countdown - by Gerry Duggan, Aaron Kuder, Mike Hawthorne, Terry Pallot, José Marzan Jr and Jordie Bellaire - sees the Surfer, who has teamed up with Adam Warlock to wrest control of the stone away from Ultron, faced with making a desperate arrangement with Galactus.

Ultron has transformed a whole world, Saiph, into an army of his cybernetic drones, and threatens to use his vast power to launch rockets into the galaxy that could lead to every world in the cosmos falling under his dominance. Knowing that Ultron's plan could doom billions of beings, would Galactus be willing to sacrifice all he has become as the Lifebringer and devour Saiph to stop Ultron?

At first, Galactus refuses. Having fought so hard to become a beacon of life - literally defying the natural balance of the cosmos itself to remain a force for good. The idea of compromising his values and consuming a world, even for the greater good, is a price too severe to pay.

But Galactus does the heroic thing anyway, sacrificing his soul to save everything from the threat of Ultron, consuming Saiph and everyone on it. Ultron barely survives, but loses the Soul Stone in the process, eliminating him as a threat (at least for now).

It's a sacrifice that is not without consequences, as the Surfer tragically reveals to Adam in the wake of Ultron's defeat. Galactus has been restored to his former self, the unstoppable devourer once more, his gold-and-white Lifebringer garments replaced with his classic purple and blue.

But his is not the only destiny that has been changed: The Silver Surfer's part in the deal is to once more become Galactus' herald and be forced to watch the slow but inevitable consumption of a cosmos he's spent the past few years revelling in exploring. 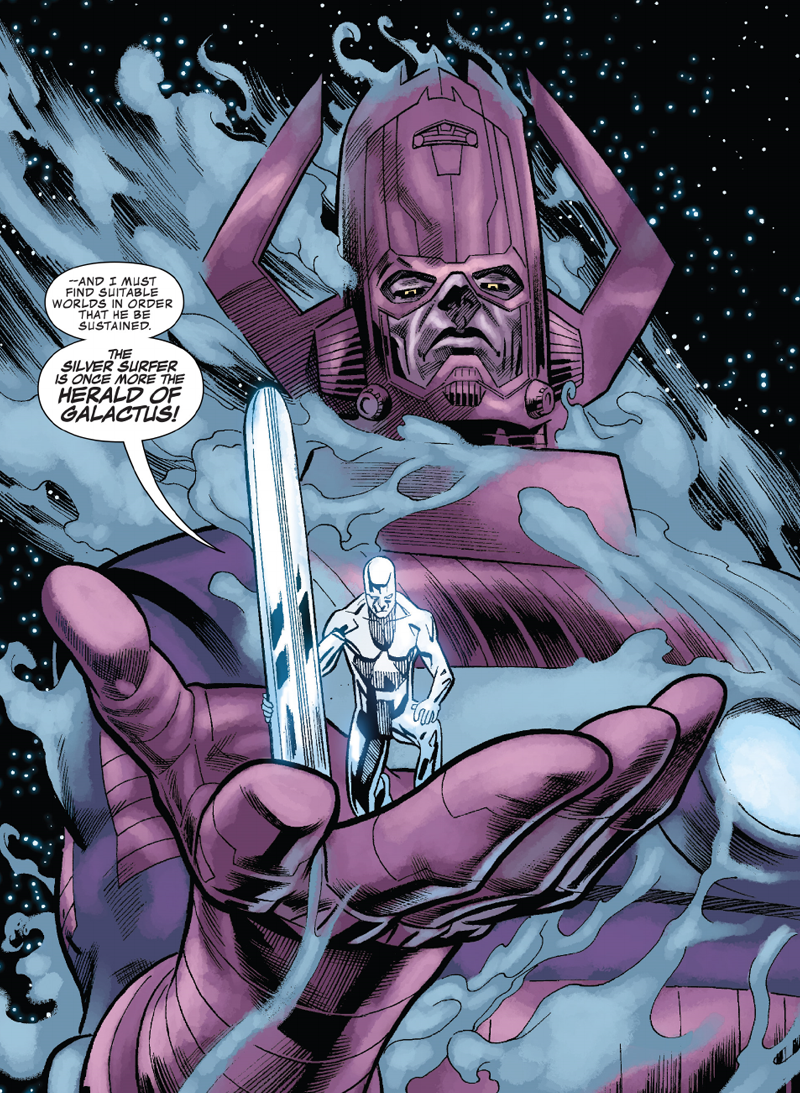 The threat of an Infinity Stone-powered Ultron might be over, but a far bigger, more familiar threat to the Marvel Cosmic has replaced it.