Pushing A Pull Door, And Other Ridiculous Tabletop Game Deaths 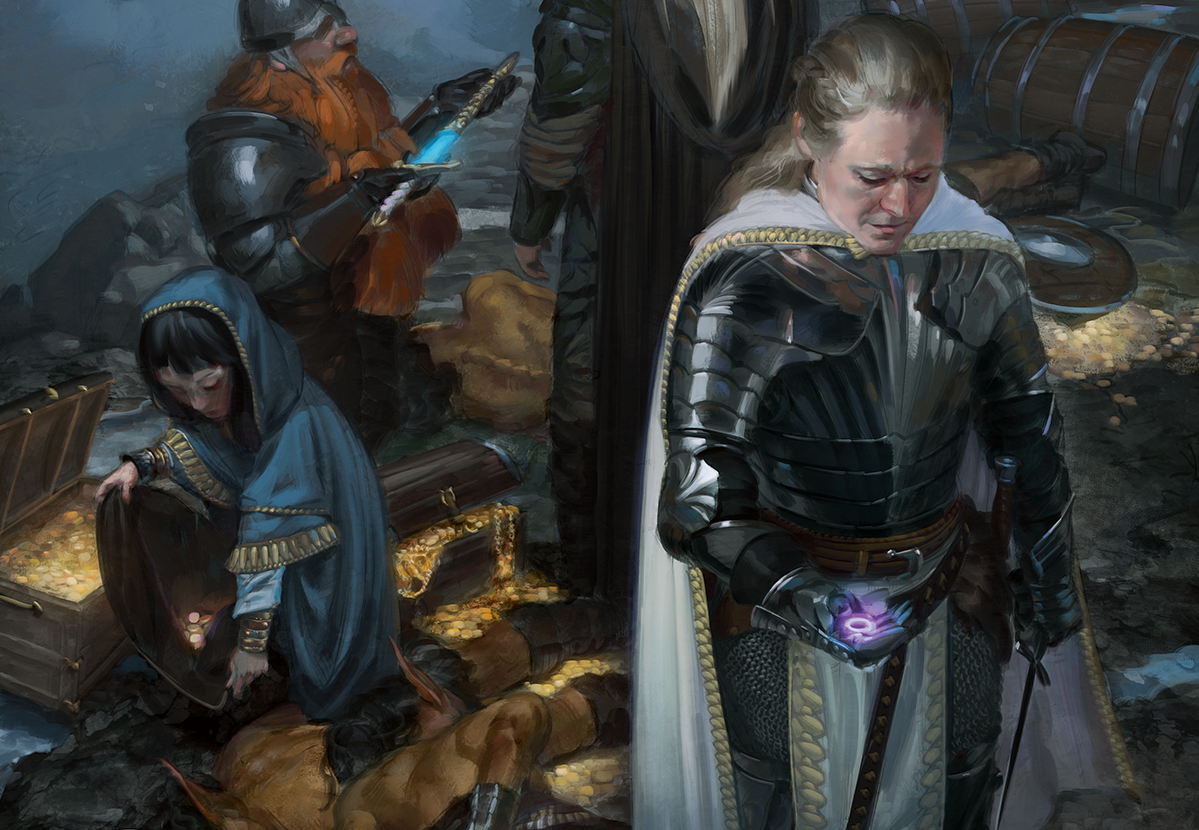 Last week I asked on Twitter about your dumbest tabletop roleplaying deaths, and boy, did you all deliver.

An exciting and terrifying aspect of each new gameplay session for my tabletop games is that I'm just one or two bad dice rolls from completely eating shit. Once, when playing a dragonborn bard, I almost got taken out by a flying table. I managed to get a success on a death saving throw after being bonked in the head, but I was knocked unconscious again pretty soon afterward. I think I only managed to survive that one because the battle ended before I was declared dead.

After reading some of your stories, I see that I could have gone out in much, much stupider ways. Harvey Starter told me that he was almost taken out by his party's healer:

"So my character got caught in a giant spider web inside a narrow corridor. She decided to try to free me by hitting the web with a mace. She kept failing the roll and bonking me in the head," he wrote. "Worst part is she was the DM's wife so he didn't try and stop her. Meanwhile everyone else is screaming at her to stop. Our rogue with a knife kept trying get to me but our DM, being the sadist that he was, just let her keep going." Thanks Harvey - that is sad but also extremely funny.

Sometimes it's not the death that's humiliating, but what kills you. "My friend Dean was in a party that, for reasons lost to time, decided to rob some poor peasant farmer. He fought back, and rolled a magnificent critical hit on Dean, who demanded to know what the weapon was. DM quietly rolled a die, checked the farmer's possession list, looked up, and calmly said, 'bag o' foodstuffs,'" Tom told me. "It's been over 30 years, and we can still make Dean erupt into a stream of furious profanity by saying 'bag o' foodstuffs.'

Jeremy emailed me a story of a one-shot campaign he ran where everyone wanted to kill each other. "The DM had us roll up level 5 evil characters we weren't attached to and get into a Reservoir Dogs situation where everyone has motivation to kill and betray at least one other party member on the delivery run," he said. "I got downed by an ogre and another player claimed to be doing CPR but was actually just stabbing me while saying 'I guess he didn't make it.'"

Jeremy also said that it's been pretty hard to die in fifth edition Dungeons & Dragons, which has been the case for me too. He thinks that maybe his DMs are fudging the rolls a little. "I know I do," he said. "One of my players just plain caught an arrow from a goblin at level 1 for twice her hit points. I said the goblin failed its intelligence check to think to time the shot through the windmill's blades up in its sniper perch and the lazy pastoral windmill caught it." 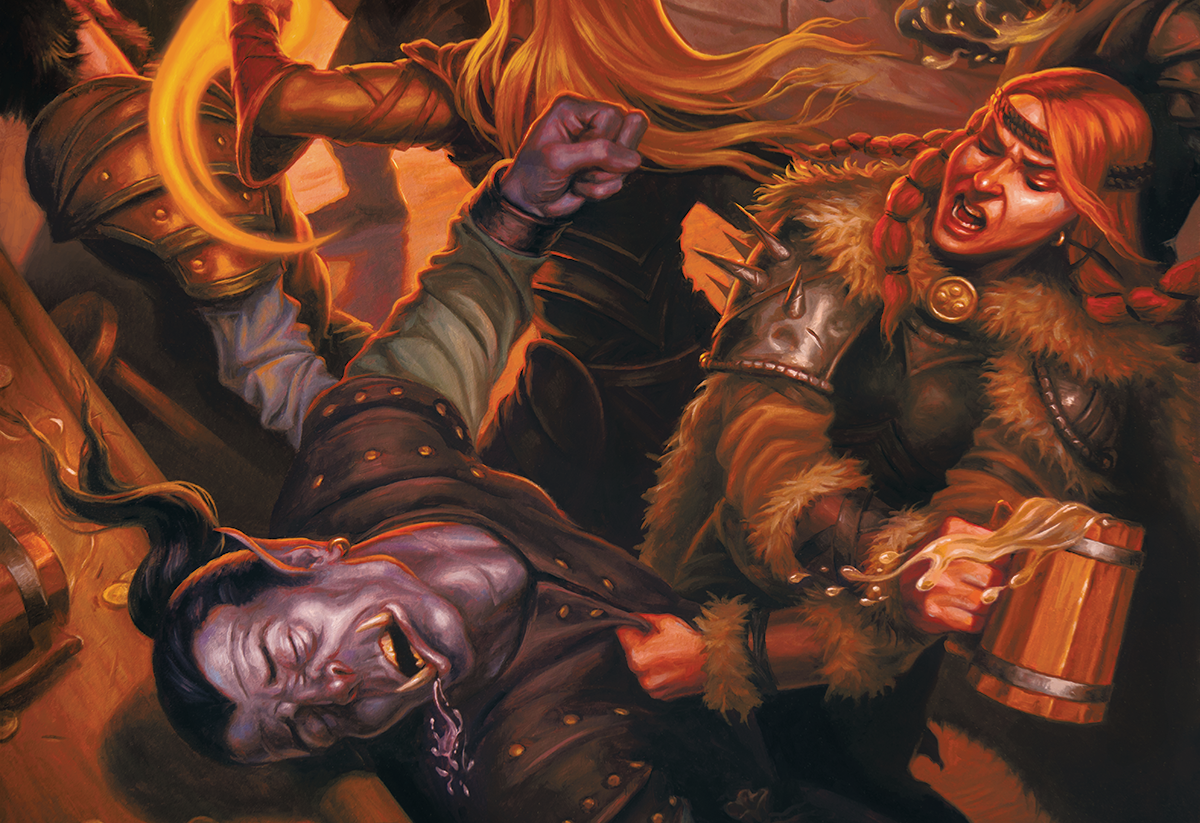 A lot of people seem to have bad luck with inanimate objects in tabletop games. Cherry, for instance, was killed by her armour. "My mech had reactive armour that blew up to reduce the first hit of damage taken per fight, but i didn't get hit until the boss used its strongest attack," she said. "It did no damage but sent my character FLYING, and I took a ton of fall damage which triggered the armour, launching me again."

A lack of trust almost killed Kirby's entire party. "Years and and years years ago, in a one-shot, entire party was mortally wounded because most of us refused to trust an ordinary unlocked door," they said. "Wasn't even a combat-focused game, but if you ram yourself into something enough times something's gotta give. It was a pull door."

Luna wiped out her party with a stray arrow. "Missed arrow hit beer barrels that were too full," she said, "so it built up incredible pressure that when the arrow hit, it exploded and killed the whole party (and the bad guys)." The mental image of this is truly incredible. Is it like when Charlie has the fizzy lifting drink in Charlie and the Chocolate Factory, but lethal?

Luna isn't the only person who had a problem with deadly beverages. Joseph Knoop told me that his party's "vampire rogue fell through the floor of an abandoned church and into a small pool of holy water." Feel like I saw that one on Buffy.

Dimsumcinema had my favourite falling death. "Scared by my ancestor's ghost while I was crawling inside the ceiling, fell down on a sword and impaled. Fun times," he said. At least he got to join his ancestors shortly thereafter.

Some players are taken out by their own hubris. "My dwarf paladin was mooning a charging group of scouts on horseback and two of them had bows," Muaz said. "Both rolled crits and I died with an arrow in each cheek."

Nich emailed me a story where his eyes were bigger than his stomach as well. "Endgame of our campaign, we were storming an archfiend's fortress in Hell, and came across the barracks of the entire place," he said. "Riot, my tiefling bard, looks at the room's dimensions, thinks 'I have a spell that can hit everything in here!' runs in and casts. The damage roll is low, all 16 devils inside survive it, and on the next turn in combat I eat 32 scorching rays at once." You tried, at least.

When I asked about all the dumb ways you died in tabletop games, I knew I'd get some hilarious answers. You've been impaled by your own weapons, accidentally killed by party members, and been the victim of some truly cruel dice rolls. My absolute favourite response, though, is from Natalie, who just wrote, "Bees."

Thank you Natalie. Please never give me any more context for this one.