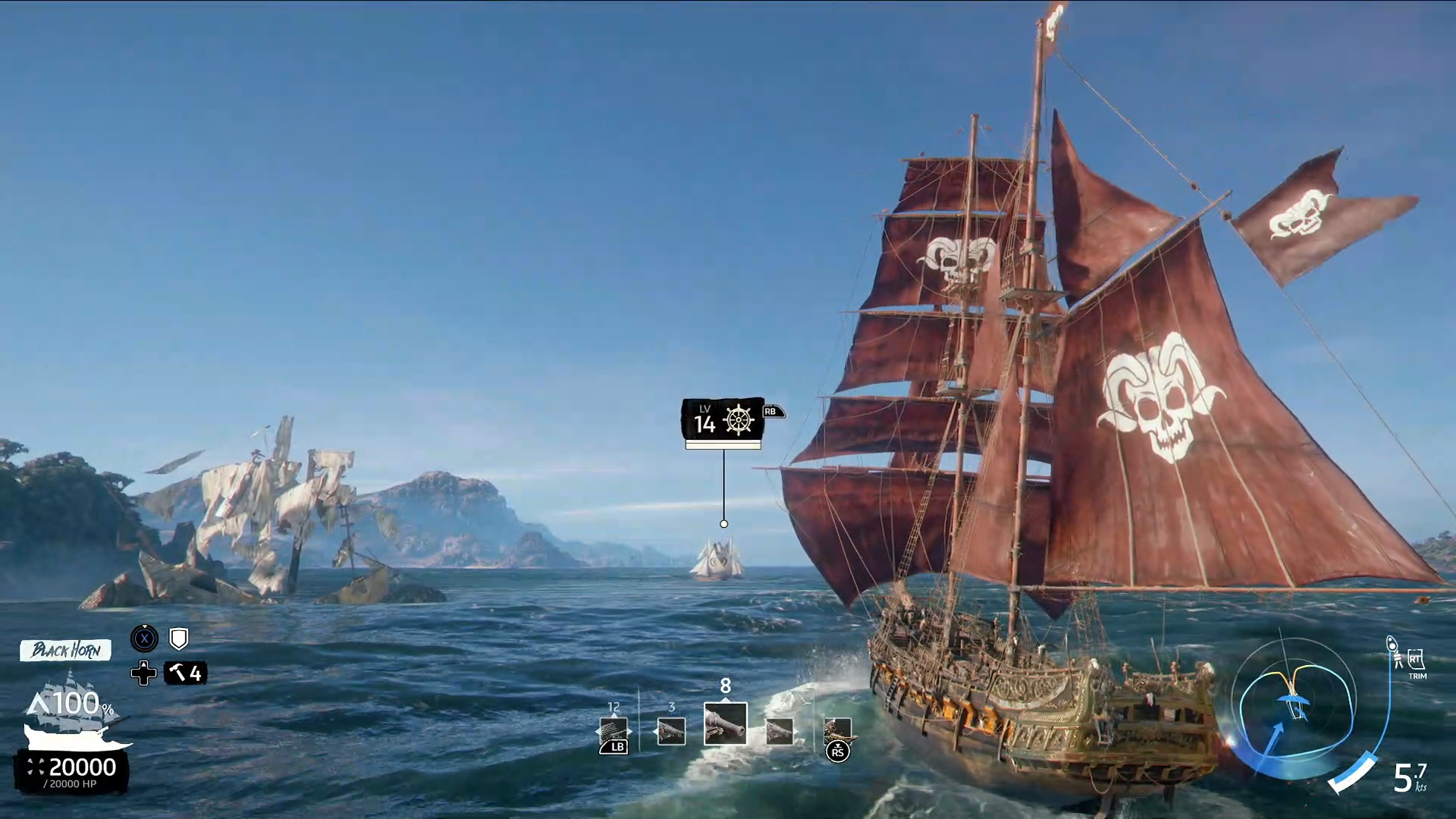 Skull and Bones is still happening and has the makings of a damn good pirate game. At Ubisoft's E3 2018 press conference today, the once-delayed pirate game received a fresh trailer that showed off massive pirate battles and stealth gameplay.

Ubisoft first announced Skull and Bones at their E3 2017 press conference last year, showing off gameplay that felt a lot like the ship combat from Assassin's Creed 4: Black Flag. The naval open world game seemed ambitious, with many game modes and ship types.

Unfortunately, it was too ambitious for its original spring 2018 release date. The project was delayed earlier this year for the 2019-2020 fiscal year.

Skull and Bones will take place on the Indian Ocean, where players will "steal every last fucking coin".

Players will be able to consult with a fortune teller to learn about conditions such as the sea's winds and where factions are gathering in order to help players choose the best place to search for loot. A pirate town hub world allows players to gather, customise their ship and form a crew to set sail.

Today's gameplay demo showed world where pirates are being hunted down and broke down an assault on a fort full of gold. Instead of attacking head on, it's also possible to use disguises such as fake sails and flags to sneak into enemy territory.

Overall, it looks far more combat heavy than its exploration-base competitor, Microsoft's Sea of Thieves. Skulls and Bones will release for PlayStation 4, Xbox One and PC.