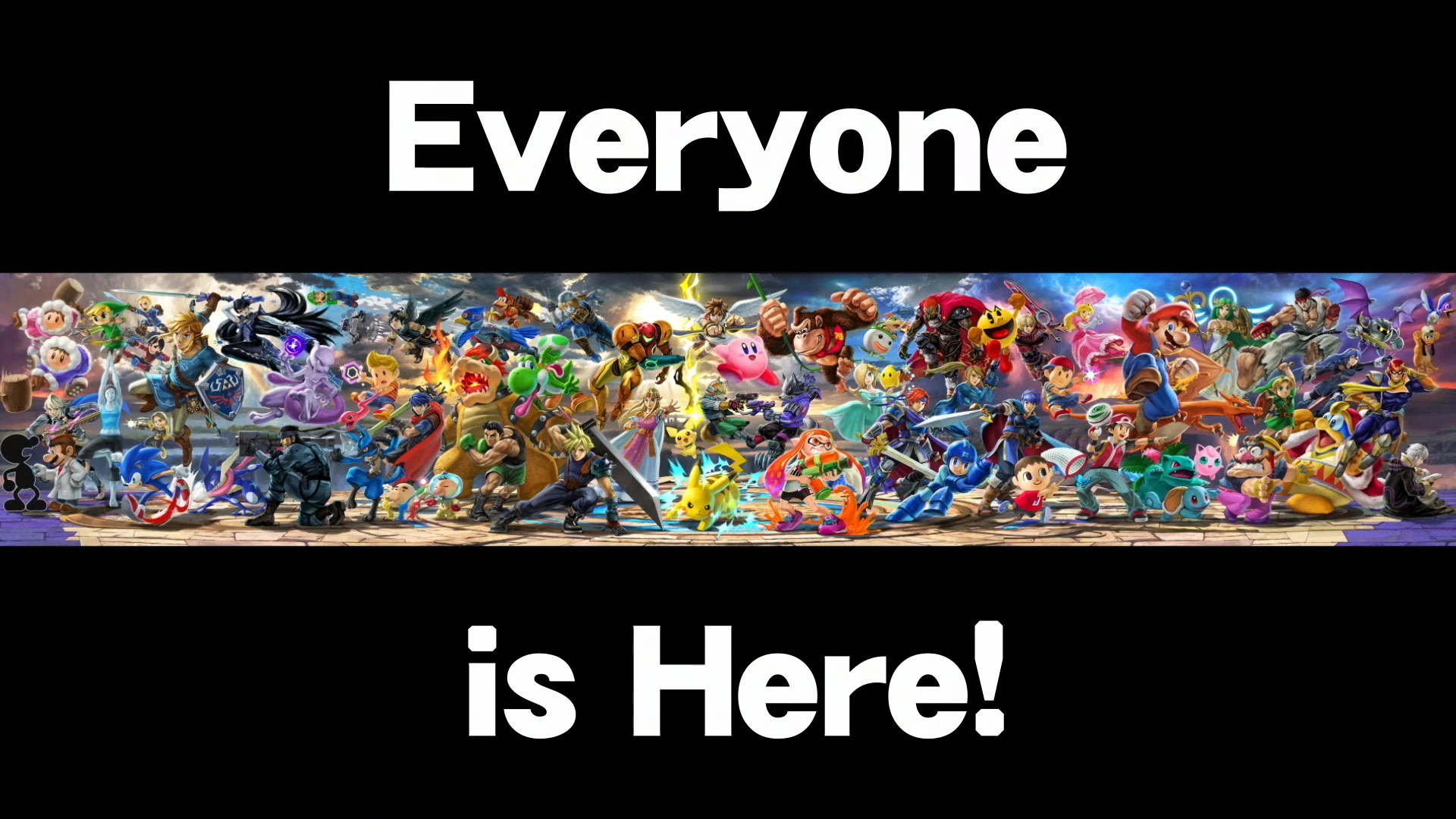 Super Smash Bros. Ultimate is bringing back everyone - literally everyone - from every Smash game, and the internet is losing their damn minds over this.

Since Smash was teased for the Switch, I'd been saying it was definitely just going to be a port. Oh past-Gita of little faith, how wrong you were. Not only is this a new game, this is basically non-stop fanservice. They have even finally put Ridley in Smash, which players such as our Maddy Myers have wanted for years: 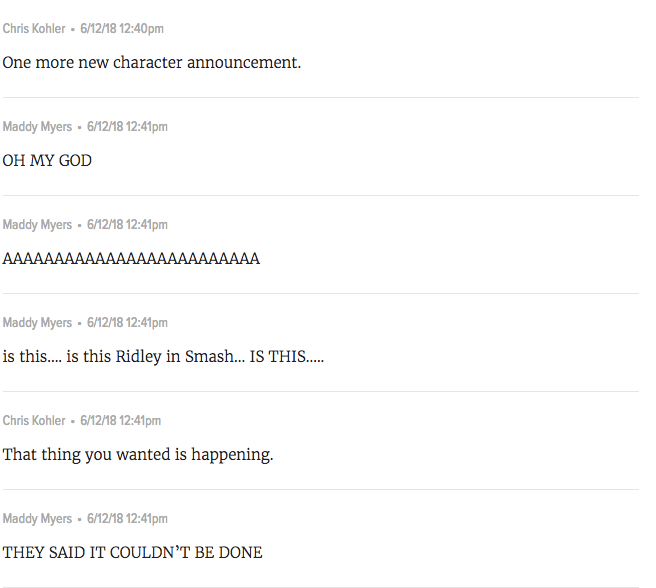 Other Smash fans are psyched as hell for this upcoming game, even if apparently Mario gets stabbed in the head in it:

They done freed everybody, Super Smash Bros Ultimate is so beautiful

Love that Mario being murdered is canon now. Thanks Ridley

i’m so proud of daisy

Nintendo: Everyone is Here! pic.twitter.com/BrbZsuOCsf

There's only one faction of Nintendo fans that are disappointed right now - Animal Crossing fans.

I'm going to be honest, I'm incredibly disappointed about no animal crossing for the switch being announced. My hopes for it was the only reason why I watched this stream I'm gonna hope there'll be something afterwards but it doesn't seem likely pic.twitter.com/Ip2GqKK9hV

"Animal Crossing for Switch please it's been 6 years" Nintendo: pic.twitter.com/Ny3xopkmhZ

list of playable characters i want in the new smash bros: