The Internet Reacts To Those Unused Pokemon Designs 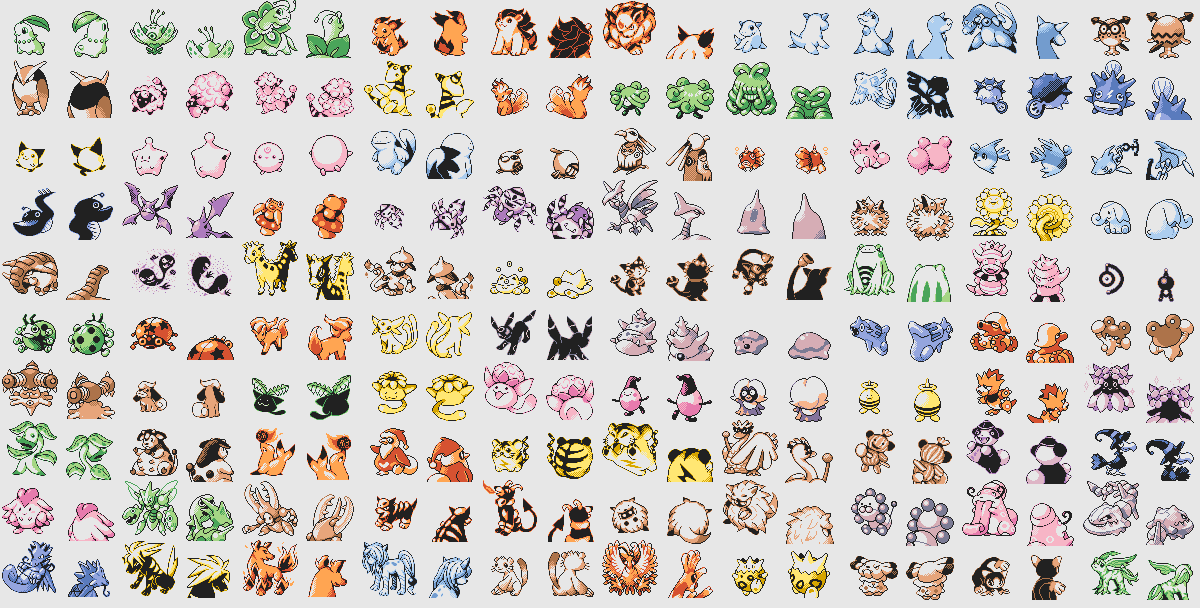 The real news this week though is that there actually used to be a ton of weird and adorable Pokemon that were planned for Pokemon Gold and Silver which never made it into the final games, and if there's one thing the internet loves more than new Pokemon its super-pixelated old ones.

A ROM of a 1997 demo for what would become Pokemon Gold and Silver just got into the hands of the public after two decades. Included in it, among other things, were sprites for Pokemon that never ended up getting to see the light of day. Until now.

Some of these "beta" Pokemon are super cute, others are tragically monstrous. Almost all of them are baby forms of already beloved creatures such as Meowth and Tangela though, so people are understandably jacked that they exist.

This unofficial pokemon looks like a meowth kitten pic.twitter.com/3CzmPPgGoK

The beta design for Suicune looks like Nina from FMA. pic.twitter.com/dx9Mv8uVb5

The beta design of Elekid looks like a freaking Earthbound enemy pic.twitter.com/rgbKVFAdiy

“What if Tangela got a sweet haircut?” (from the leaked beta silver/gold pokemon) pic.twitter.com/zIZcVjuRE3

Hello Hi,
These are the pokemon from that GS demo that I would immediately lay down my life for pic.twitter.com/XdHzAZbrno

so many good cat pkmn in the beta...i feel Robbed.... pic.twitter.com/bJrnBCqt6N

What you all were expecting: me drawing something that relates to the recently announced Pokémon titles
What is actually happening: I'm drawing scraped Pokémon from 1997 pic.twitter.com/xHzRNzYP4A

y’all had sparkle dogs and you just cast them aside. foolish. cowardly. pic.twitter.com/vnGCKlruu4

I can't believe Pokemon almost gave us a baby meowth and then took it away from us. Took it right out of our loving hands. https://t.co/s8Scpykk2D

I know we are all lovin the pre-designs for the baby pokemon but can we tALK ABOUT NIGHTMARE GIRAFARIG... pic.twitter.com/TfFcca30Al

Most perfect sprite in the Pokemon beta? Yes, too perfect for this world ???????? pic.twitter.com/8szXv7v6QC

Sad they removed the SCREAMING CONDOM Pokemon from the Gold / Silver Beta. pic.twitter.com/DSh9dK3vbx

The biggest takeaway from those beta pokemon is that this evolution line used to make sense pic.twitter.com/RB665QCgpA

Some of these rejected Pokemon are weird, and the text when you battle them even weirder #PokemonSpaceWorld1997 pic.twitter.com/pikHc0y8do