There Are Finally New PixelJunk Games, And They're Both Terrific 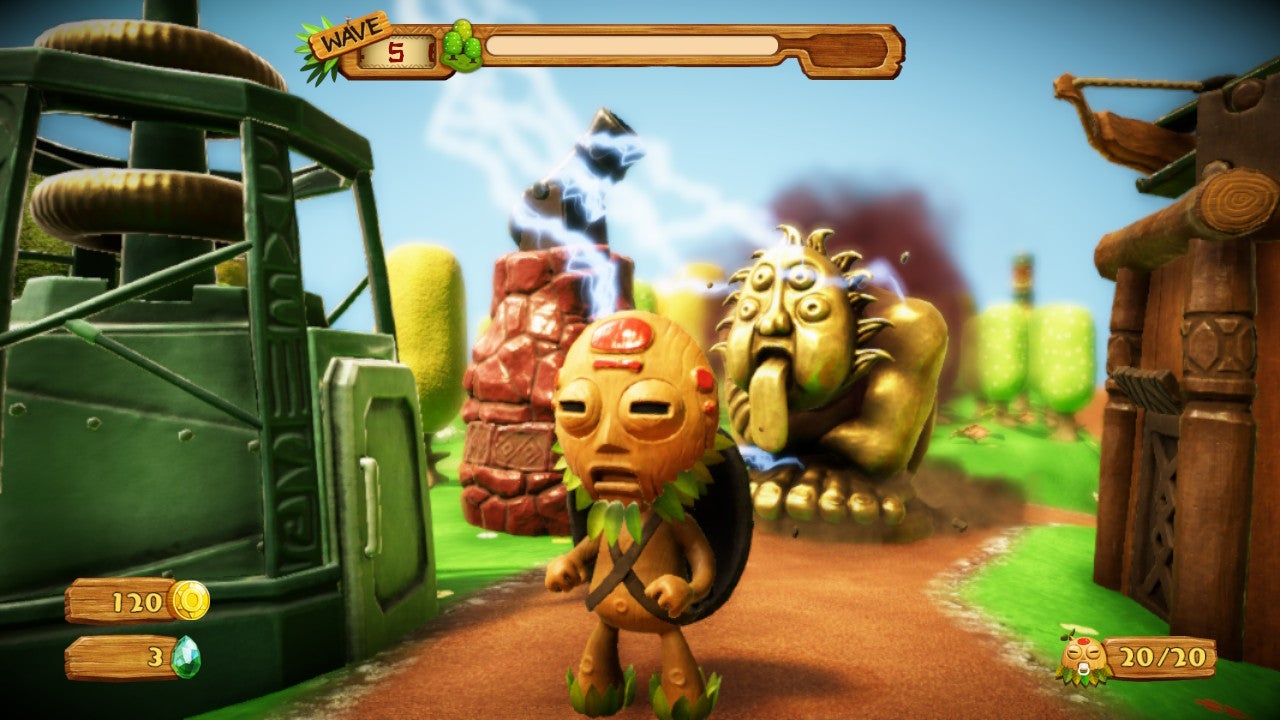 For a lovely few years during the heyday of the PlayStation 3 we got a steady drip of new PixelJunk games. They were usually really good. Now, after a seven-year (mostly) dry spell, we have two more.

In the last couple of weeks, the Kyoto-based Q-Games has released PixelJunk Eden Obscura for mobile phones and PixelJunk Monsters 2 for PS4 and Switch. Both are follow-ups to excellent, decade-old games. Both are beautiful, fun, and worth your time.

The early idea of PixelJunk was to present retro-style gameplay with high-definition visuals, an approach that at the time was novel. The games were 2D and gorgeous, focusing on distinct, well-tuned mechanics. 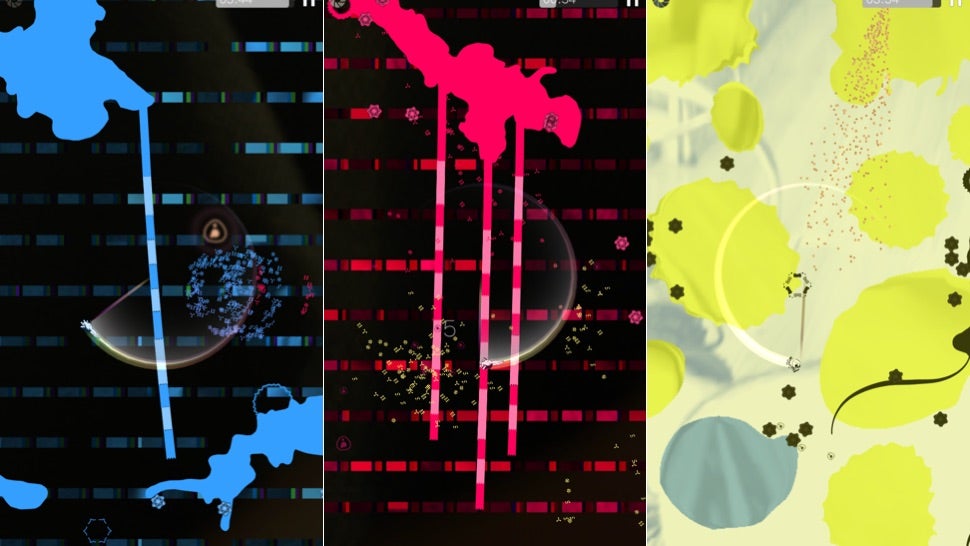 Eden Obscura is an iOS/Android sorta-remake of 2008's PS3 game PixelJunk Eden.That game involved controlling a small creature called a Grimp who can jump onto stalks of weird plants, descend from a thread of webbing, and then spin in a circle. That spin move was used to burst open pods of pollen that then could collect pollen via further rotations.

The gathered pollen flies toward little nodes that, when flown into by the Grimp, will grow into new stalks of Eden's plants. Basically, you hopped around, swung to collect pollen, made the garden grow, and then jumped around some more.

The goal is to grow the garden and send pollen into special flowers called Spectra before a timer runs out. There was a tiny bit of Bionic Commando to it, though the aesthetic is a whole lot more techno.

The game's trailer gives a good idea of how it all works:

Eden Obscura does much the same thing, but on a phone touchscreen. The "Eden" part of Eden Obscura represents the faithful and successful way the original title's gameplay works with a new input method. The "Obscura" part refers to the new game's use of the phone's camera to incorporate light sources, or even the scene in front of the camera into the the game's levels.

Light might affect how bubbles in the background move around. In some levels, players can jump their Grimp onto an object that they can then encircle to carve out a little hole of light, opening a window to whatever is on the other side of your phone's camera while also extending the timer.

Eden Obscura is free, though it will offer the chance to buy extra levels. 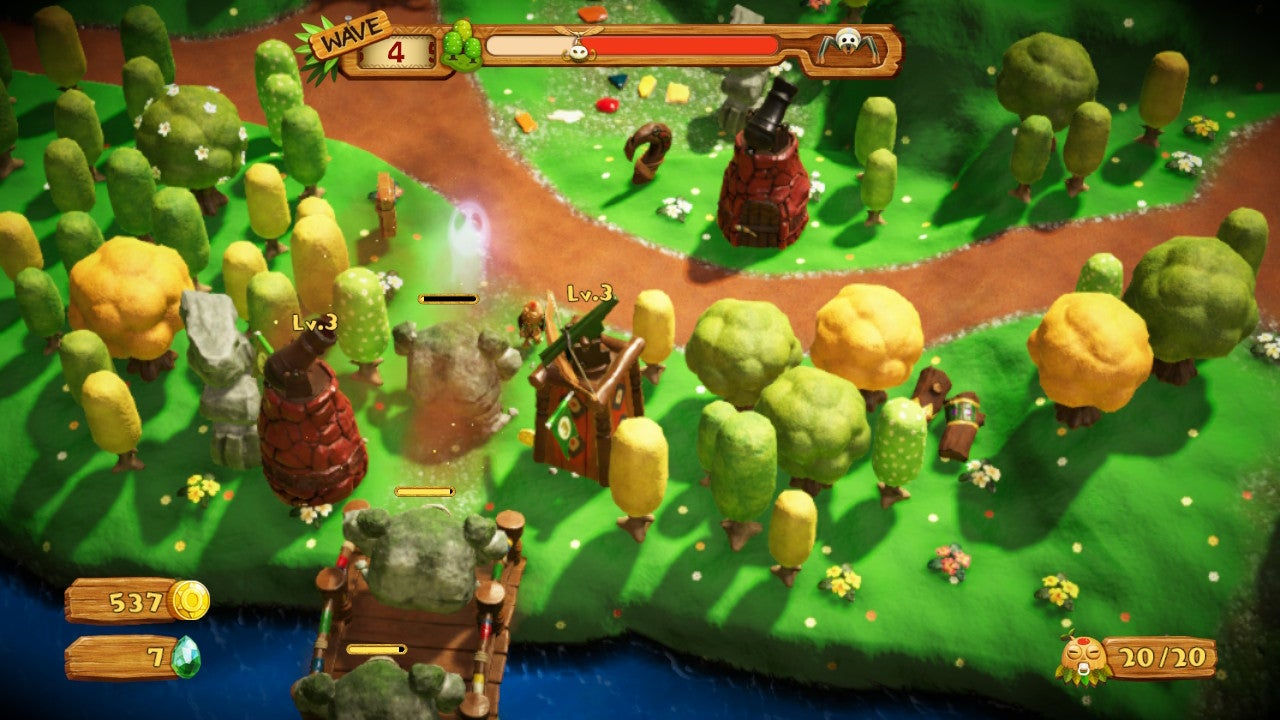 The first PixelJunk Monsters for PlayStation 3 was one of the best, if not the best, of a raft of tower defence games that were all the rage in the late 2000s. It followed the basic formula: Enemies creep down a snaky path toward a base, challenging players to erect towers to destroy them before they reach their destination.

Some tower defence games were driven by a cursor, but Monsters had you control a small man who would need to run to any tree in the game's level, replace it with a tower, and then dance on the tower to level it up. Players would also use their little guy to collect money and gems dropped by slain enemies.

The game thrived thanks to its sharp 2D graphics and challenging, well-balanced levels. And it was good enough to get ports to all sorts of systems, including PSP, Vita, PC and Wii U.

(On a more personal level, thanks to its well done co-op, Monsters became one of the only games that my wife and I ever played through together, each of us commanding a little dancing guy to build a bunch of towers and knock out those creeps.)

PixelJunk Monsters 2, which is out for PS4 and Switch, does much the same thing. The big change is that its levels and graphics are now in 3D, which is mostly a good thing. There are now range advantages to placing towers on high elevations and physics problems to worry about when dropped enemy gems begin to slide down slopes into the water.

The 3D graphics likely slow the load times on Switch, where the game otherwise runs well. But they mostly just help Monsters 2 stand out. (The new game still does two-player local co-op, as well as four-player online.)

My wife and I have been playing on PS4 and we've mostly had a good time. Levels are as unforgiving as they were in the original edition, especially if you're trying to perfect them, which is required for many in order to unlock later levels in the game.

Most of the defensive towers we've been able to build so far are classics that are armed with cannons, arrows, electric bolts or bees, but we assume we'll find some new ones.

The biggest impediment we've found for co-op play is that the camera doesn't zoom out when players get far away from each other. Instead, it will warp one of us to the other's location, even if we're in the middle of dancing on a tower for a crucial nick-of-time upgrade. I checked with Q-Games boss Dylan Cuthbert about this and he assured me that better camera-zooming will be implemented in the game down the road.

PixelJunk Monsters 2 is meant to be played from the same overhead perspective as its predecessor but, on the fly, solo players can snap the perspective down to their character's level. It is not very easy to play from this angle, but it's fun to see the action, however briefly, from up close. Suddenly your enemies loom large and the effort to build towers in time feels more dire and more heroic. 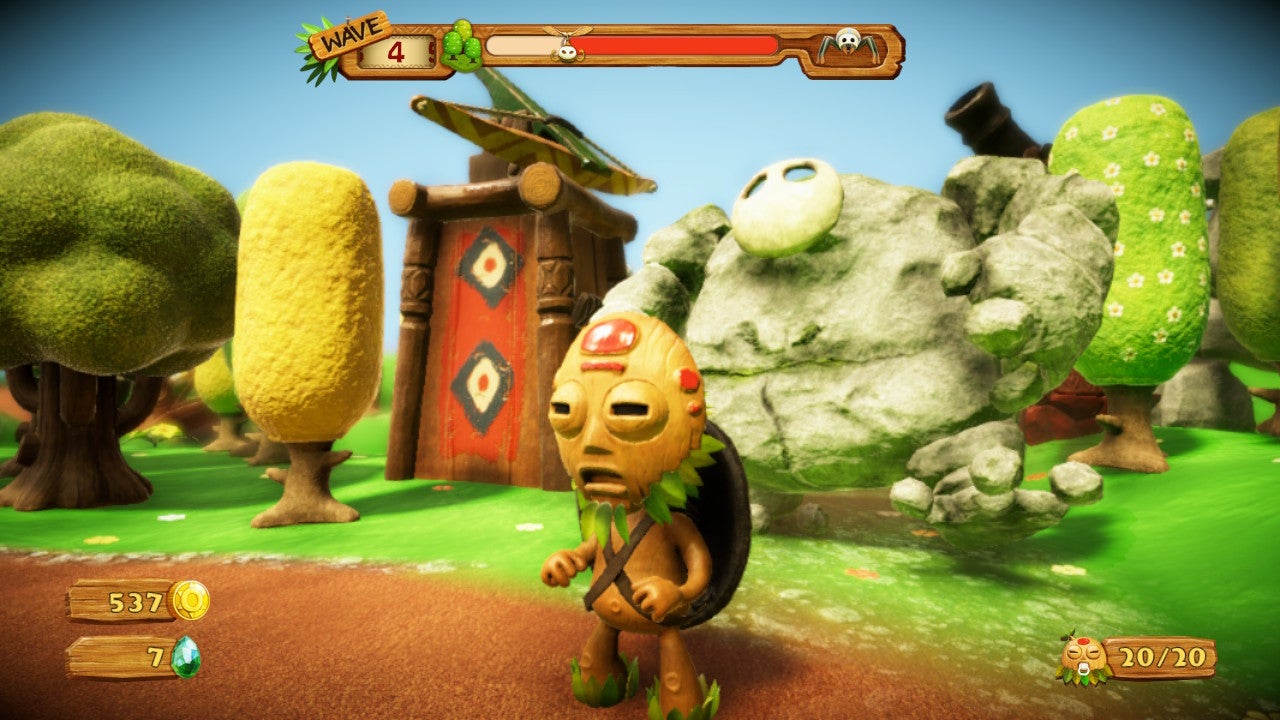 The PixelJunk games usually play very differently from one another. Even the side-scrolling shooters called PixelJunk Sidescroller and PixelJunk Shooter were visually and mechanically distinct.

What was consistent were beautiful aesthetics and the faithfulness to classic gameplay, which both Eden Obscura and Monsters 2 have in spades. Nothing too fancy in the controls, and everything fancy in the look, sound and design.

I've missed this series, and I hope that it's back for good.