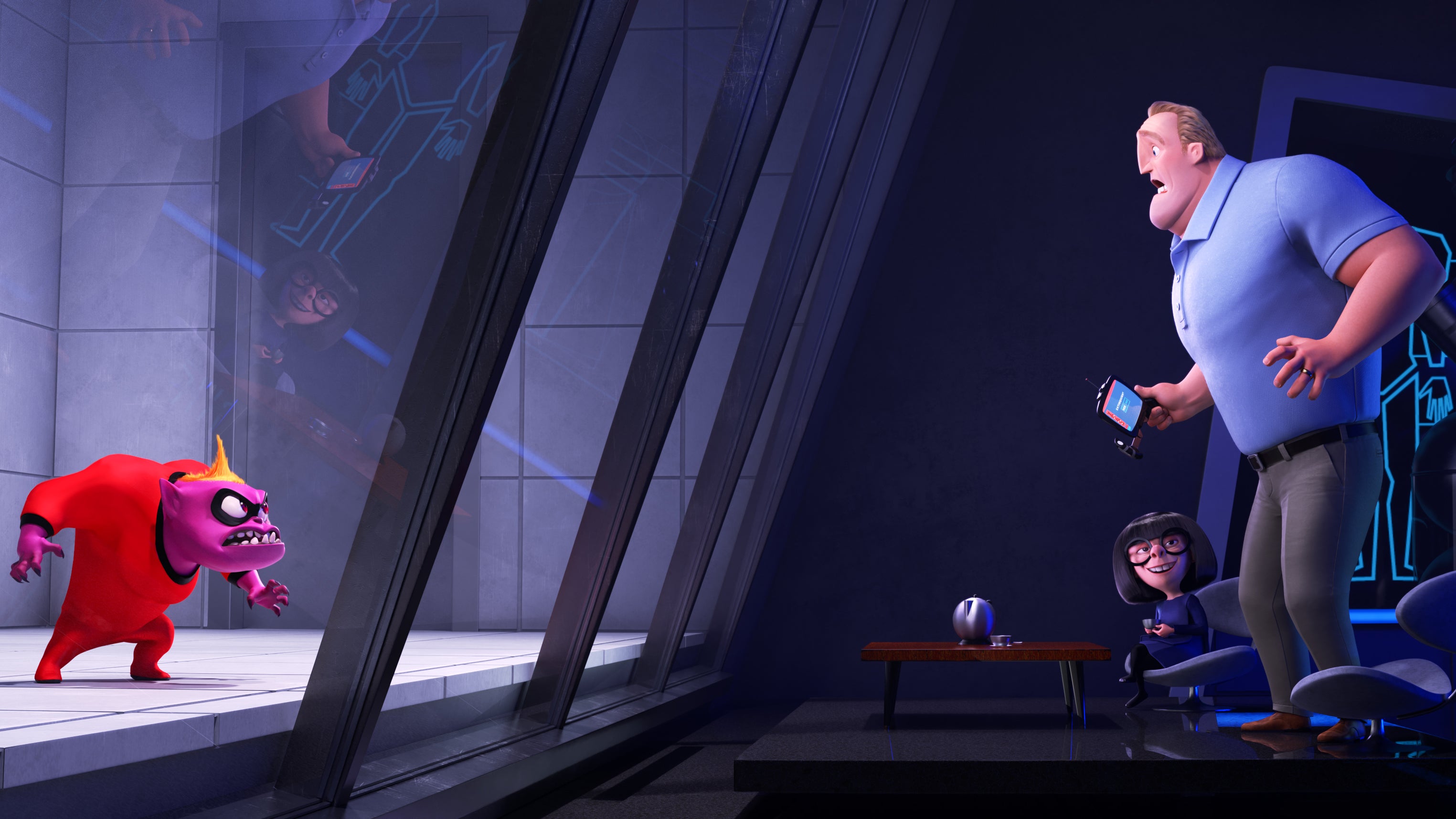 Incredibles 2 is a stunning, delightful film for a number of different reasons, but one thing we haven’t really talked about much is the fact that, in many ways, it feels a lot more like a remake of the original film rather than a full-on sequel. While that may sound like a problem, it turns out Pixar – as usual – knew exactly what it was doing.

As I left the cinema after watching Incredibles 2 and began to replay various scenes in my head, I was a bit disappointed to realise that yeah, a lot of the film’s best action sequences and jokes are reiterations of beats from the first Incredibles.

Bob’s inability to be flexible in his family life, Jack-Jack revitalising Edna’s passion for design, and even Helen catching people by transforming into a parachute while an aircraft explodes above them all feature prominently in the latest instalment of the Parr family’s story.

Typically, when sequels revisit successful bits like this from earlier films, it has the unintended side effect of making the latest movie feel stale and uninspired. But with Incredibles 2, it actually ends up turning the film into an interesting examination of just what kind of franchises Disney and Pixar are trying to build with the Incredibles brand.

There’s a moment toward the end of the film where one of the Parr kids turns on their new television in the middle of an episode of Johnny Quest. The cartoon doesn’t have much bearing on the plot of the film, but the brief nod to serialised children’s television made me want to reconsider just what kind of movie Incredibles 2 is.

Though Incredibles 2 can stand alone perfectly fine, it’s difficult to ignore the overarching similarities throughout the film that call back to the original.

This would be an overall negative if you were to look at the movie as a traditional big-budget box office movie, but it actually makes a lot of sense if you step back and entertain the idea that the Incredibles films can also be seen as epic episodes of a serialised franchise.

When you grow up watching action-oriented kids’ TV, there comes a point where you realise that heroes such as the Power Rangers, Voltron’s Paladins and the Sailor Scouts are uncannily good at getting into the exact same kinds of predicaments on a weekly basis.

As a kid, this kind of repetition builds consistency that helps guide you through a season as it builds to its inevitable finale, while also gradually introducing a handful of new developments that might become permanent by that finale.

By “teaching” kids what to expect from an episode of their favourite television show, writers and animators are instilling in them a familiarity with characters that makes it easier to connect with them (and their merchandise) in the long term.

Obviously, the Incredibles films aren’t television shows, but the subject matter and overall style of their stories make them the ideal kind of projects to imbue with that same kind of Saturday morning cartoon energy.

The world of the Incredibles is dense, rich, and full of things that we’ve yet to see – things that could definitely be incorporated into future stories about the Parrs’ marital troubles and their kids’ drama at school.

As much as adults (some of whom were kids when the first Incredibles premiered in 2004) might want the next Incredibles film to jump a bit further in the future and see its characters saving the day in different settings, there’s something to be said for keeping this story relatively contained in the chronological space that it’s already in.