We Talk PS4's Lack Of Cross-Play 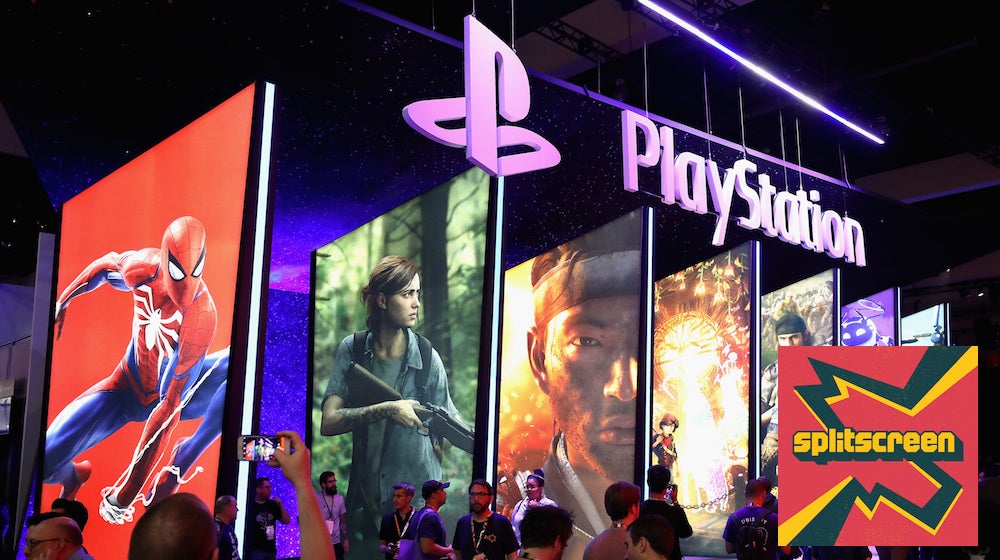 In 2013, Sony handily won the war of words against Microsoft's customer-unfriendly policies, but in 2018, we're seeing a role reversal. On this week's Kotaku Splitscreen, let's discuss.

First, Kirk and I talk weddings, Westworld and Switch gaming before digging into the news of the week on lawsuits and PS4's lack of cross-play. Then we just rave about Hollow Knight for a solid 20 minutes or so. (Seriously, you should play that game.)

Kirk: And worse, the thing that Sony really fucked up is the fact that your Fortnite account, if you try to play on Switch and you've ever played the game with that account on PS4, you just can't play it on Switch. And this has also been the case with Xbox One before that, but obviously a lot of people have PS4s and Switches because they're complementary consoles.

I've never played Fortnite on PS4, and I was glad, because that would have sucked. For the biggest game in the world right now, to have that happen on this beloved system it just launched on for free... It isn't just that if you're on PS4 you can't play with anyone else, it's because of that policy, they're fucking people over on other systems.

Jason: You look at that and you say, 'Well OK, this is because Sony's on top, they have sold nearly 80 million PS4s' — compared to Microsoft, they don't even say how many Xboxes they have sold because it's so embarrassing compared to Sony's number.

And Nintendo has sold under 20 million Switches — obviously that's only in one year, but we're talking about astronomically different numbers here. And you might say, 'Well if Microsoft or Nintendo was in Sony's position, they might be doing the same thing.' Which, sure.

But one of the reasons Sony is the dominant leader is because when they launched this console generation they recognised what people wanted, and they knew how to win the PR battle.

It makes you wonder, what's going to happen next time there's a next generation? Do you want to invest in the console where your accounts will be locked to only that console? Or do you want to go to the console where you'll be free and it's an open garden, and you can play with whoever you want? If Sony doesn't take steps to remedy this, and win back the PR battle, they might not have the same dominance they do now.

Kirk: It's more than just a PR battle — it's partly about not understanding the way the world is now, and what people want. It just seems unfathomable to me that they could make the decision that blocking cross-play is a better call, no matter what their reason.

Because people want to play games with people on other systems — it's fine, just let people do it. When Sony has let people do it, when we played Final Fantasy XIV... When they have done it, it's been great. When I've gotten to play Gears of War with people who were playing on Xbox One, that was fantastic.

And it seems like that's where we're going... It's just a very out of touch thing to do.

As long as Sony keeps putting out games like God of War and Spider-Man, these undeniable phenomenon games that when they come out everybody talks about them and plays them. Horizon Zero Dawn 2 comes out, Bloodborne 2 comes out, there are going to be games that people will buy a PS4 to play. But it's going to increasingly leave a sour taste, as you think 'Uch.'

Nintendo has had that happen a lot — that feeling of 'Uch, I don't really like that system, but I want to play that one game. I don't really like the way this company is constantly nickel-and-diming me, or screwing this thing up, but I'll still get it to play this.' Do you really want people begrudgingly buying your system? I think you're right that the reason the PS4 sold so well was because not only did it have great games and it was cheaper than the Xbox One at launch, but clearly the guys who got it, they sold that image.

It's a fuck-up for them not to do that. I hope they change course. I would be surprised if they didn't.