If you own a phone or a computer (and we’re assuming you do) there are bugs and annoyances that you just have to learn to live with. On the flip side, there are also problems that hint at something much more serious going on with your device-issues you shouldn’t learn to live with, but should address at the earliest opportunity.

Here we’ll guide you through some of the symptoms of the most severe problems you’re likely to come across on your phone or laptop.

We won’t delve too deep into the solutions for each one, but we’ll point you in the right direction–a lot of the time the fixes are the same, and involve malware scans, or software resets, or hardware replacements.

Older devices always get slower as they get older, an unfortunate fact of gadget life, but sluggishness that comes on suddenly or that doesn’t seem to tally with the age of your hardware is definitely worth investigating further.

If your phone or laptop is slowing to a crawl, and isn’t several years old, it’s possible there’s something running in the background that shouldn’t be there.

This is most common on computers, but can occasionally be a problem on smartphones too–anything from a dangerous bit of malware to a cryptocurrency miner could have taken root without your knowledge.

There’s no easy fix for this, but it still needs addressing. Thorough security scans from reputable software, the removal of any apps or programs you don’t recognise (or trust), and disabling any browser extensions you’ve recently installed are all good places to start. 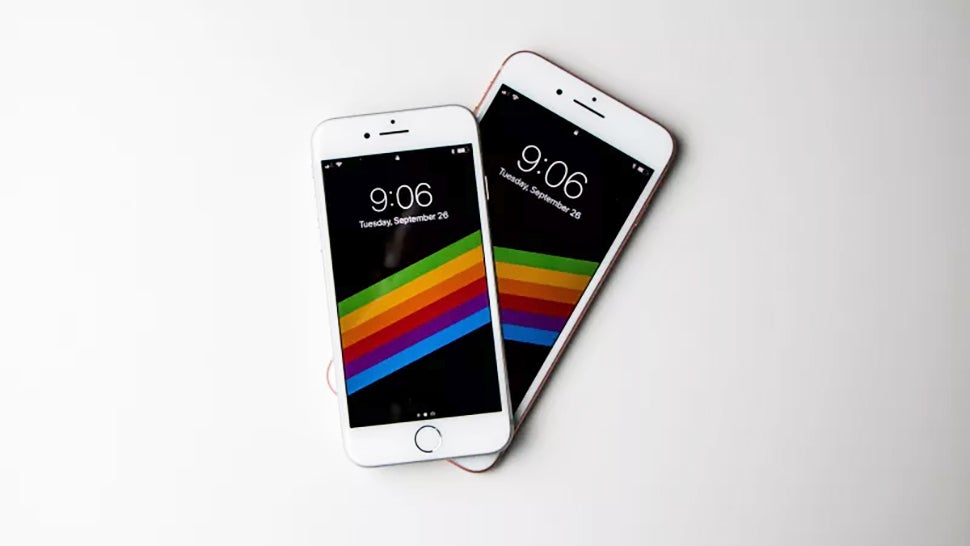 If some kind of keylogger or monitoring application has found its way on to your computer or phone, it might manifest itself in a few different ways, including unexpected behaviour inside apps and the operating system–almost as if a ghost is operating inside your system.

You can put one or two of these incidents down to simple glitches, but if they keep happening, something more serious could be the cause. Programs and apps that open and close seemingly at random, or menu dialogs you didn’t ask for, are other warning signs that it’s worth looking out for.

These types of monitoring tools are usually very well hidden, so you might have to run a full reset of your device (having backed up all your data first) or a comprehensive security scan.

On mobile, unexpected behaviour (like repeating letters) might also be caused by a faulty touchscreen, so it’s worth getting some professional advice about what to do next.

3) Emails you didn’t ask for

Identity theft takes all kinds of forms, and it’s difficult to specify exactly what to look out for to see if you’ve been targeted, but unexpected emails are definitely one of the red flags — they could be from people or companies you’ve never heard of, or confirming orders that you didn’t make.

If someone is using your email address fraudulently, chances are they’re using some of your other details as well, so glean as much information as you can from the email and chase it up — get in touch with the sender or the company to see what’s happened (just not through any links in emails you’ve received). It’s also a good idea to check your email account to see if there are any filters or forwarding rules you don’t know about.

Of course you can safely ignore spam and phishing emails, which are just trying their luck: We’ve written here about how you can tell the difference.

We’ve also got a separate guide to help you figure out if someone has grabbed unauthorised access to your emails. 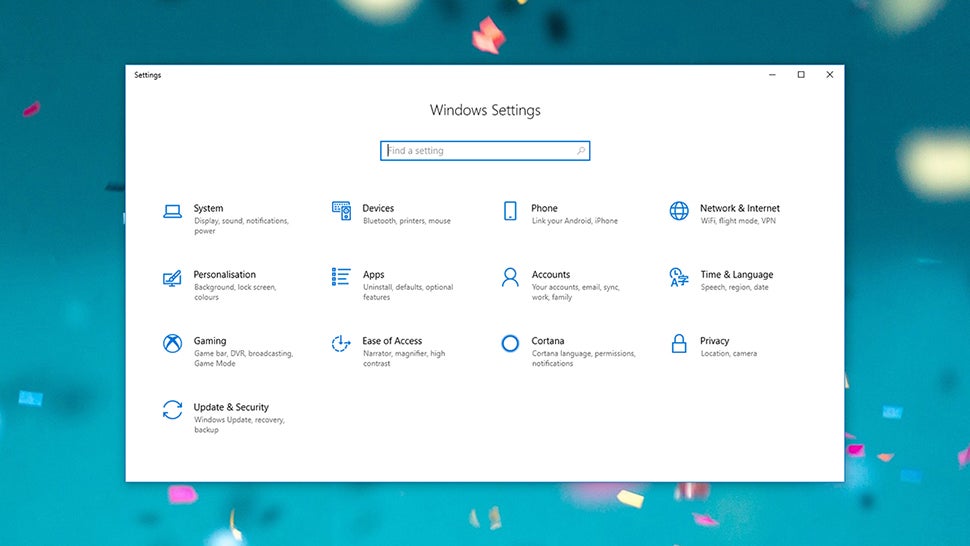 When malware takes root on a phone or a laptop (it’s much more commonly the latter), it will often try and disable settings that would otherwise let you find it or interrupt its operations. If you find key system settings missing or grayed out, you might have something unwelcome installed on your device.

Viruses are very keen to disable antivirus software, as you might expect, so if your installed security suite isn’t functioning as it should then this is another warning sign to investigate as early as possible (on-demand scanners like Microsoft Safety Scanner or ClamWin Portable can help you out on Windows).

It may be that a particular setting or menu just isn’t available because of a change you’ve made to the configuration of the system, but it’s better to be safe than sorry. Some research online should quickly flag up whether or not you need to be worried.

As well as settings getting disabled, also be on the look-out for settings getting altered in individual apps. The classic one is the homepage in your browser being changed without your knowledge, but you might also see changes to a program’s interface, or certain options getting removed, or extra dialog boxes appearing.

This isn’t necessarily anything to worry about. It might be that the program developers just pushed out a far-reaching update, but don’t dismiss it out of hand. It should be relatively easy to check if you can reset certain settings, or look up what particular screens should look like on the web.

Malware is less of a problem on mobile (unless you’re on Android and regularly venture outside the Google Play Store for your apps), but it does happen. Keep an eye out for apps where permissions are suddenly altered, or new features inside existing apps that arrive quietly in the background.

6) A lot of pop-up messages 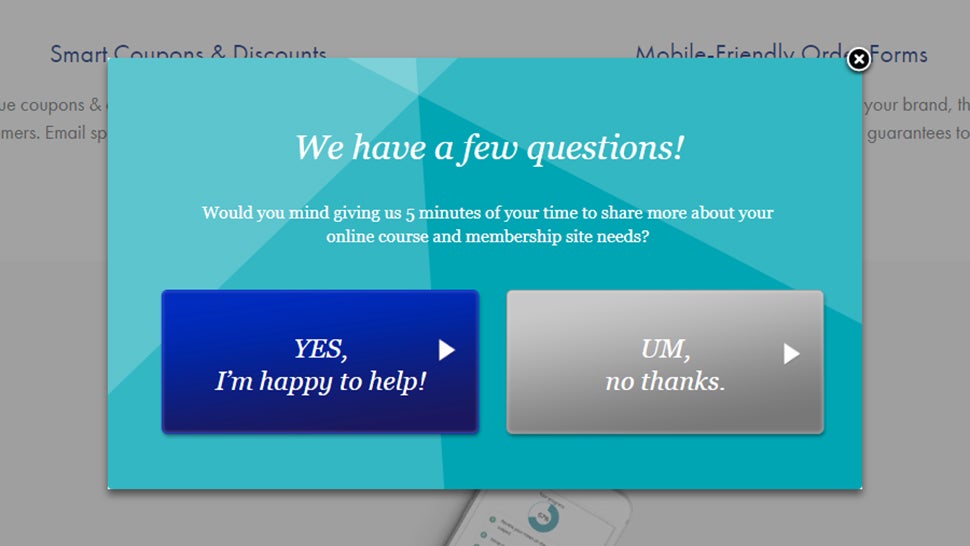 Pop-ups are part of the web and part of every modern operating system — you’ll see one every time you try and save a file–but if your phone or laptop has suddenly become overrun with them, then this is something you need to take a closer look at.

This is most commonly going to happen in your browser, but it might indicate something happening on a deeper level on your system. Take a close look at the browser add-ons you’ve got installed, removing them if needed; a complete clear-out of the browser cache and temporary data can sometimes help too.

Many free mobile apps will legitimately show ads while you use them, which isn’t something to worry about, but an excessive amount of advertising can have a sinister root cause–especially if the ads are loaded in hidden windows behind your browser. As usual, a thorough malware scan is definitely recommended.

7) Random crashes and boot up problems

We’ve already mentioned system slowdowns, but random crashes and regular problems with booting up your device are not to be ignored either. We’re not talking about one or two–we’re talking about issues that crop up every day or multiple times a week.

Unfortunately identifying the root cause of your computer problems or smartphone problems isn’t all that easy.

It might be a rogue piece of malware, it might be your system components overheating, it might be that one of your device’s internal components is about to give up and die (or just isn’t connected properly). If you can, work back to a time before the problems started happening, and see if you’re able to identify any hardware or software changes that might be to blame.

You might have to turn to a full reset of your phone or your laptop if the problem persists — and if you get crashes or boot up glitches after that, it’s much more likely that faulty or failing hardware is the cause. Ultimately, it might be time to look at upgrading your phone or laptop. 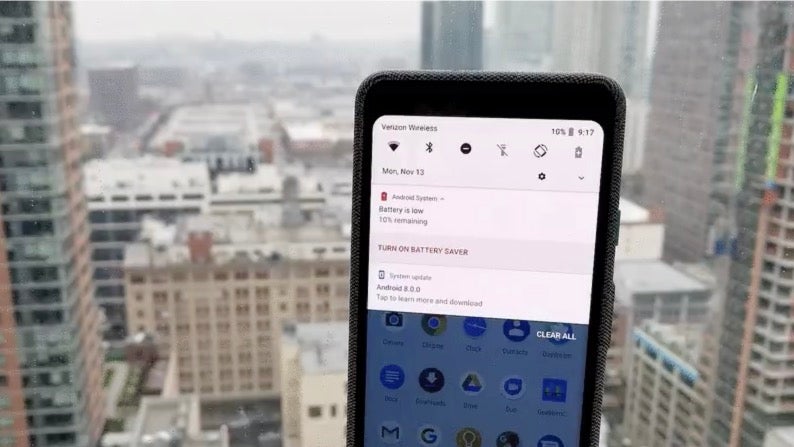 We know that batteries degrade as they get older, and your four-year-old phone isn’t going to last as long as it did when you first took it out of the box, but at the same time you should be wary of a battery that really is becoming very bad at holding a charge, whether on a smartphone or a laptop.

If its performance has suddenly dropped, then that’s even more reason to be concerned.

Either your device’s battery is about to fail completely — in which case you need to get all your data and files saved somewhere else — or there’s an unwanted application running in the background that is using up all your system resources (maybe a piece of malware or a cryptocurrency miner).

In both cases, you need to take action.

Another possibility is that there’s something wrong with the charging port or cable that’s limiting the battery longevity, and a local repair shop should be able to give you advice here. Whatever’s happening, though, this isn’t something that’s going to improve or even stay stable for long–you’re going to need to address it at some point.

If your laptop’s hard drive is making unwholesome sounds then it could be a sign that it’s on the way out. You’ll be able to identify these sounds because they will be different to what you’re normally used to hearing — think clicking and whirring and wheezing — and a diagnostic tool like the free DiskCheckup can help you verify whether something is up.

The SSDs found in most newer laptops, and the similar storage tech found in smartphones, won’t make the same sort of dying sounds and typically fail less often anyway. However, they do still fail: Problems saving files or booting up are the usual warning signs that you want to be watching out for.

Whatever the type of drive you’re using, if you think it’s about to give up on you, make sure you’ve got comprehensive backups in place.

Once you know all your data is safe and sound, you can think about getting your storage replaced (in the case of a laptop) or maybe upgrading the device altogether.

10) A sudden uptick in data usage 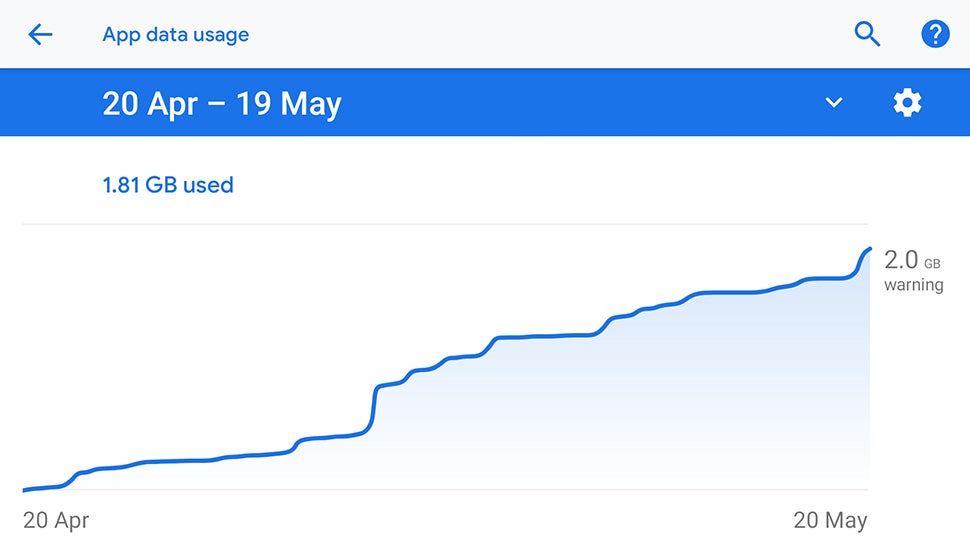 Task Manager in Windows, Activity Monitor in macOS, the Network & Internet menu in Android Settings, and the Cellular menu in iOS Settings should be able to give you more information. You might also notice that other apps like Netflix or Spotify are struggling to connect if an app is hogging more than its fair share of bandwidth.

If you can identify an app that’s to blame, see if there are any updates available for it or any settings inside it that might account for excessive data usage, otherwise you might have to remove it for the time being. If it’s something lurking in the background, your device’s security software is the place to turn to first.