At first glance, Clicker Heroes 2 doesn’t seem like anything out of the ordinary. It’s a clicker game in which you incrementally build up a fantasy hero and watch numbers skyrocket to the point that perspective dies. You do this forever. What makes Clicker Heroes 2 different from other games in its genre is the $US30 ($41) price tag — and the zero microtransactions.

Ever since its early access release earlier this week, Clicker Heroes 2 has been one of the top-selling games on Steam. It’s the sequel to another successful clicker game, Clicker Heroes.

But while the original was a free-to-play game that included microtransactions, Clicker Heroes 2 won’t let you work your clicking finger into a twitchy lather until you fork over $US30 ($41).

That’s a pretty steep price for a relatively simple game in which you mostly watch your hero stride ever forward, hacking through endless waves of monsters while you alternate between clicking to speed up her attacks, using abilities, and buying new items.

It’s also an unprecedented change for a game whose predecessor was by all accounts a massive success, becoming one of the most popular games on Steam back in 2015.

So, what’s going on? Developer Playsaurus explained its rationale in a post on Clicker Heroes 2‘s website. In short, the first game made a lot of money off “whales” — the F2P term for colossal spenders — and that made the developers uncomfortable.

“In Clicker Heroes 1, we never tried to abuse players with our real-money shop, and for the most part we designed it without the shop in mind so that you never have to purchase rubies to progress,” wrote co-founder and CEO Thomas Wolfley.

“Despite this, we found that some number of players spent many thousands of dollars on rubies. I can only hope that these people could afford it, and that they were doing it to support us, and not to feed an addiction. But I strongly suspect that this is not the case.”

“We really don’t like making money off players who are in denial of their addiction.”

Wolfley went on to say that he’s happy to hand out refunds to anybody who feels like the first game took advantage of their brain’s wiring, but worries that people with addictions are often too afraid or ashamed to admit it.

“We really don’t like making money off players who are in denial of their addiction,” he wrote. “And that’s what a large part of free-to-play gaming is all about. Everyone in the industry seems to rationalize it by shifting the blame, assuming way too much cognizance on the part of their victims.”

He noted that even if a player wasn’t addicted, he still felt that the presence of microtransactions had a negative effect on their gameplay, saying that “the persistent nagging feeling of ‘my game could be so much better if I just spent a few dollars’” is something that “feels terrible”. 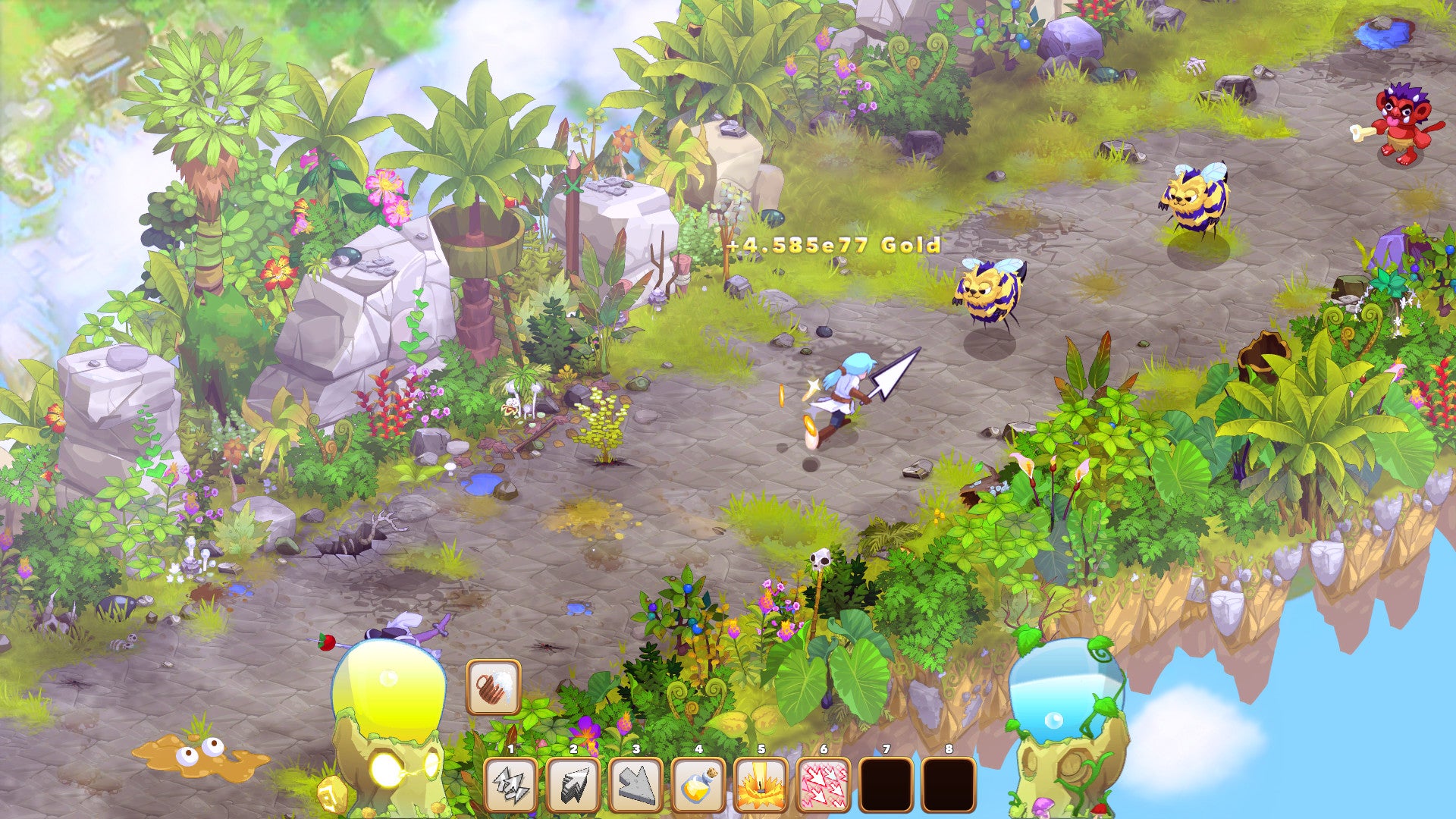 So far, it seems like Wolfley and company’s decision has paid off. Clicker Heroes 2 became Steam’s top-selling game within hours of launching, and it remains in the top 10 right now.

It’s also upsettingly enjoyable for something so simple and compulsive. I spent an hour and a half playing it for “research” purposes today, and I ended up having to pry my hand away from my mouse, a slow-smouldering ruin of the thing it once was.

The game’s addictive as heck, is what I’m saying. Each click is delectably satisfying, and the player’s progression curve — from “ludicrously strong” to “literally god” to “the person who bullies god on the celestial playground” — is sublime.

It makes sense, then, that the developers would be wary of the looming spectre of addiction. Where some developers would whoop and holler as though they’d struck gold and then add loot boxes just for good measure, Playsaurus took a step back and asked if this was really the right way to do things.

And sure, one could argue that it gives Clicker Heroes 2 a shiny marketing bullet point in an environment that’s grown increasingly hostile to brazen microtransactions, but Playsaurus’ decision and rationale are still admirable.