Clone Wars Is Back To Finish What It Started

After years away, Anakin, Ahsoka and Obi-Wan are back for one last battle. (Image: Star Wars: Clone Wars, Lucasfilm)

Ten years ago, the Star Wars universe was forever changed with the arrival of the Clone Wars animated series. Now, for one final story, the animated show is making a beloved return.

Just announced at San Diego Comic-Con’s special 10th anniversary panel for Star Wars: Clone Wars, Lucasfilm animation is reviving the show for one last huzzah, in the form of a series of episodes based around the Siege of Mandalore — a plotline planned for the show’s potential sixth season before it was brought to close following the acquisition of Star Wars and Lucasfilm by Disney.

Originally planned as the final end for Clone Wars — set after the climax of the show’s fifth season, and just moments before the start of Revenge of the Sith — the storyline was meant to re-unite Ahsoka Tano and her master, Anakin Skywalker, for one last adventure together as they liberated Mandalore from the rule of Darth Maul.

Speaking to the Star Wars website in the wake of the news, Clone Wars executive producer Dave Filoni noted the satisfaction in finally getting to complete the story of the show as he originally intended:

Personally, it’s very rewarding. Any opportunity to put the final pieces of the story in place is meaningful as a storyteller. I’m happy for the opportunity to define these things and the end of this part of the Clone War. It also makes me reflect on all the people that I got to work with over the years. It reinforces the things I learned from George. It reminds me of the important elements that go into making Star Wars. So, it’s nice on several levels, and I think for the crew that’s still here that worked on Clone Wars, they feel that, as well. 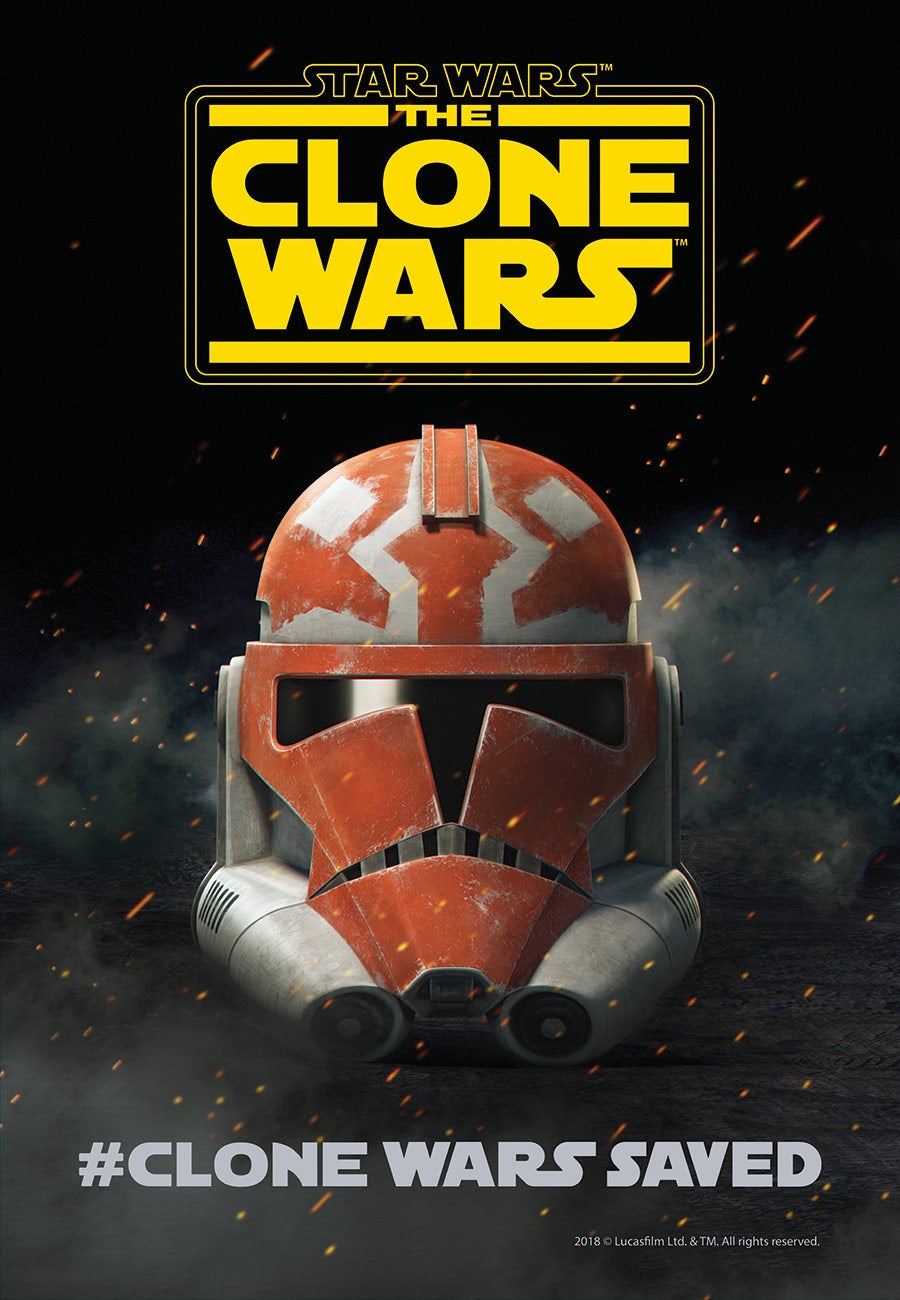 For one last time, the fires of the Clone Wars burn again. (Image: Lucasfilm)

Clone Wars returns on Disney’s untitled streaming service — set to launch some time in 2019 — for a 12-episode run.