Over the past couple of years Comixology has slowly become a growing home for original comics, beyond the oodles of digital series it already sells from other publishers such as Marvel and DC. Earlier this year it announced a new line of creator-owned original series under the Comixology Originals banner, and now even more are on the way.

Revealed during Comixology’s panel at Comic-Con today, seven new series will be launching under the originals banner — four of which are available on the service from today.

The four Comixology Originals available on the service from today. (Image: Comixology)

Truly, something for everyone, especially if you like cool-sounding things such as kaiju and supernatural crime! 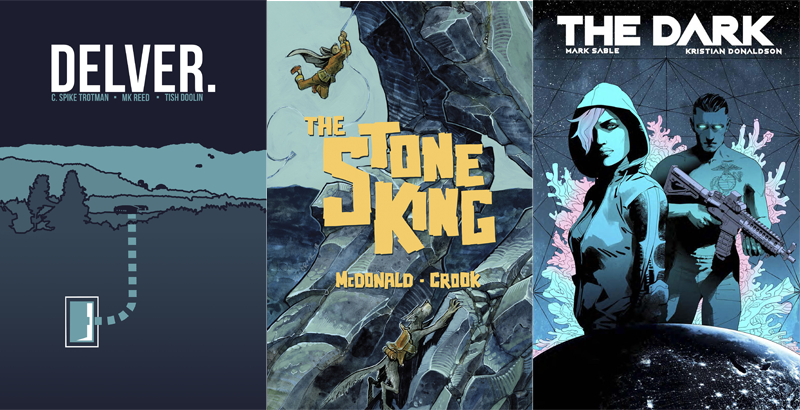 Delver, The Stone King, and The Dark will be available “in the coming months,” according to Comixology. (Image: Comixology)

Beyond the latest roster of originals, three more titles were revealed at the panel:

It’s a major push for Comixology’s attempt to re-envision itself as a home for creator-owned comics as well as a storefront for, well, basically every other digital comic you can think of. But if that push means more interesting series such as the ones above, then we certainly hope it pans out.