Earlier this year, Ubisoft said it would be implementing stricter moderation in Rainbow Six Siege to find and sanction players using hate speech. Recently, players have started noticing an uptick in bans being issued and have been discussing it on the game’s subreddit. A few even took to Twitter to complain.

“fuck you guys i just got a ban for saying nibba in chat,” one player tweeted at Ubisoft last Friday, “nibba” being a thinly-veiled way of saying the n-word. .

In March, Ubisoft announced it would begin banning Rainbow Six Siege players caught using racial or homophobic slurs for anywhere from a few days to life.

The next month, it laid out in more detail how the rules would work, saying it would track the frequency with which certain people used hate speech, then dole out punishments depending on the severity of each case.

The post also said a new system would be rolled out during season three, which began in June, that would monitor how many times different players triggered an automated system meant to censor offensive words used in text chat.

As noted by PC Gamer, that’s the policy Ubisoft pointed players to on Twitter last week when they questioned what had changed. Ubisoft did not immediately respond to a request by Kotaku for comment clarifying when these changes originally went into effect.

The bans have become such a big topic of conversation in the Rainbow Six Siege community in large part because of how swift and public they’ve been. Instead of quietly whisking the offending players away, an automated announcement is made in the game’s public channel notifying everyone who’s online that someone has been banned for hate speech or toxic behaviour, a feature that was previously used for instances of cheating.

Unlike the targeted bans for more general, ongoing toxic behaviour, bans for first-time chat offenders appear to only last a couple hours or less.

While some players are upset over the changes, others have enthusiastically embraced it.

“Just wanted to say I’ve watched a few people get banned right in front of my eyes! It’s beautiful!” wrote a player who goes by TheDeaves on the game’s subreddit.

“I’m glad they are taking the harshest route possible with this because all the people complaining that it’s unfair have just been getting away with being shitty for too long, enjoy the two hour ban boys, think before you type next time!” 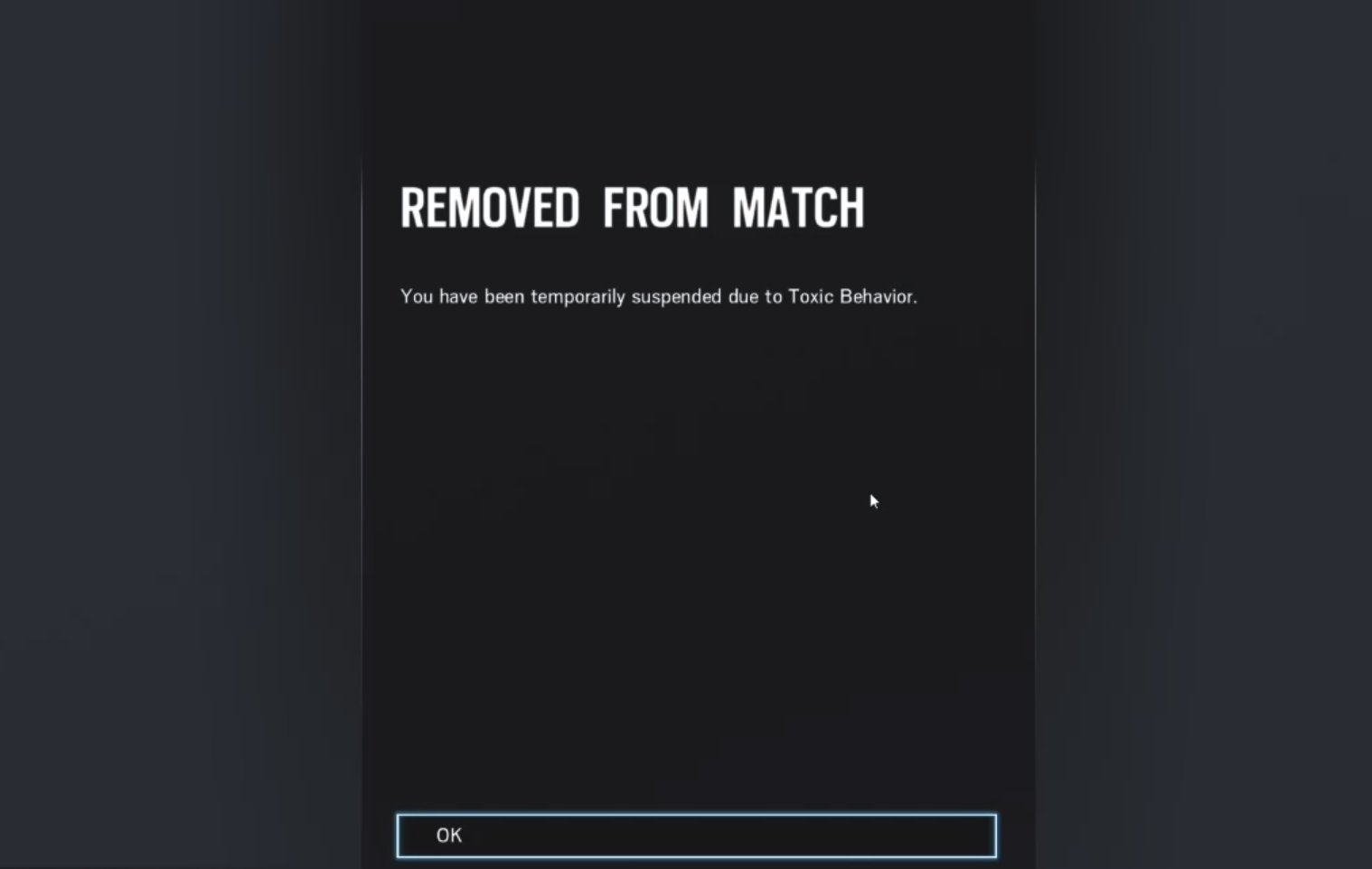 At the same time, the new chat monitoring system has also created a new metagame, in which some players try to bait one another into typing something that could be construed as hate speech in order to get them banned and removed from a match. Eurogamer reported on the phenomenon over the weekend, and while it’s difficult to know how widespread it is, plenty of players have come forward admitting to it on social media.

“I feel like a dick, but I used this to my advantage earlier today,” wrote one player in a now-locked Reddit thread about the new bans.

“In a ranked game I typed in chat ‘don’t be racist’, and an enemy got instantly kicked because I baited him into typing something racist.” Someone else responded, “lmao, still his fault and a worthy ban.”

It’s hard to disagree. If someone says “don’t be racist” and your immediate response is to be racist, you probably deserved a ban. Other situations described by players are less cut and dried. Other players report trying to get people banned by asking questions about nicknames for raccoons in an attempt to get someone to unwittingly type a slur. In some cases, it’s worked. In others, players have been hoisted on their own petards.

Despite the short suspension, they added that they agreed with Ubisoft’s new punishment system and had only themselves to blame.

While the whole “trying to bait other players into getting banned for hate speech” phenomenon is likely to go away once more players become aware of the new system for combating toxic behaviour, it’s been cathartic to see this kind of shitty behaviour, which exists in just about every online multiplayer game, cracked down on in such a visible way.

While most games have some sort of reporting system, especially good ones like Overwatch’s, remain the exception. Implementing a system to, at the very least, censor slurs that get typed in chat and punish the players responsible seems like lower-hanging fruit and something other companies should invest in making the norm across online gaming.