Game Studio With No Bosses Pays Everyone The Same

motion twinsteamunionsworkers
To sign up for our daily newsletter covering the latest news, features and reviews, head HERE. For a running feed of all our stories, follow us on Twitter HERE. Or you can bookmark the Kotaku Australia homepage to visit whenever you need a news fix.

The game industry is not exactly known for valuing workers. Big studios are rife with soul-destroying crunch and end-of-project layoffs.

French studio Motion Twin, developer of the Castlevania-inspired roguelike Dead Cells, is trying something different: Workers own and manage the company. There is no boss.

Motion Twin describes itself as an “anarcho-syndical workers cooperative”. What this means in practical terms is that all of its 11 workers are, in theory, equal. Same pay, same say.

“We actually just use a super basic formula: If a project finds success, people are basically paid more in bonuses, and everyone is paid the absolute same way,” said longtime Motion Twin game designer Sébastien Bénard in an email. “The devs and the artists are paid the same amount of money, and people like me who have been here for 17 years are paid the same amount as people who were recruited last year.”

It seems to be working. Motion Twin has been in business for nearly two decades, and the studio’s most recent game Dead Cells has sold more than 700,000 units on PC alone before even leaving early access.

Motion Twin’s pay and ownership system, Bénard said, constitutes “a direct challenge, not just to the exploitative practices you see at a lot of other companies, but also to tired old world corporate structures in general”. Games are team projects, after all, and Bénard believes that it’s “almost impossible” for anybody to definitively declare that their particular contribution of blood, sweat and tears had more of an impact than anybody else’s.

Bénard would not disclose the exact salary everybody at Motion Twin brings home, but said it’s “roughly the same as in other game companies” before bonuses. 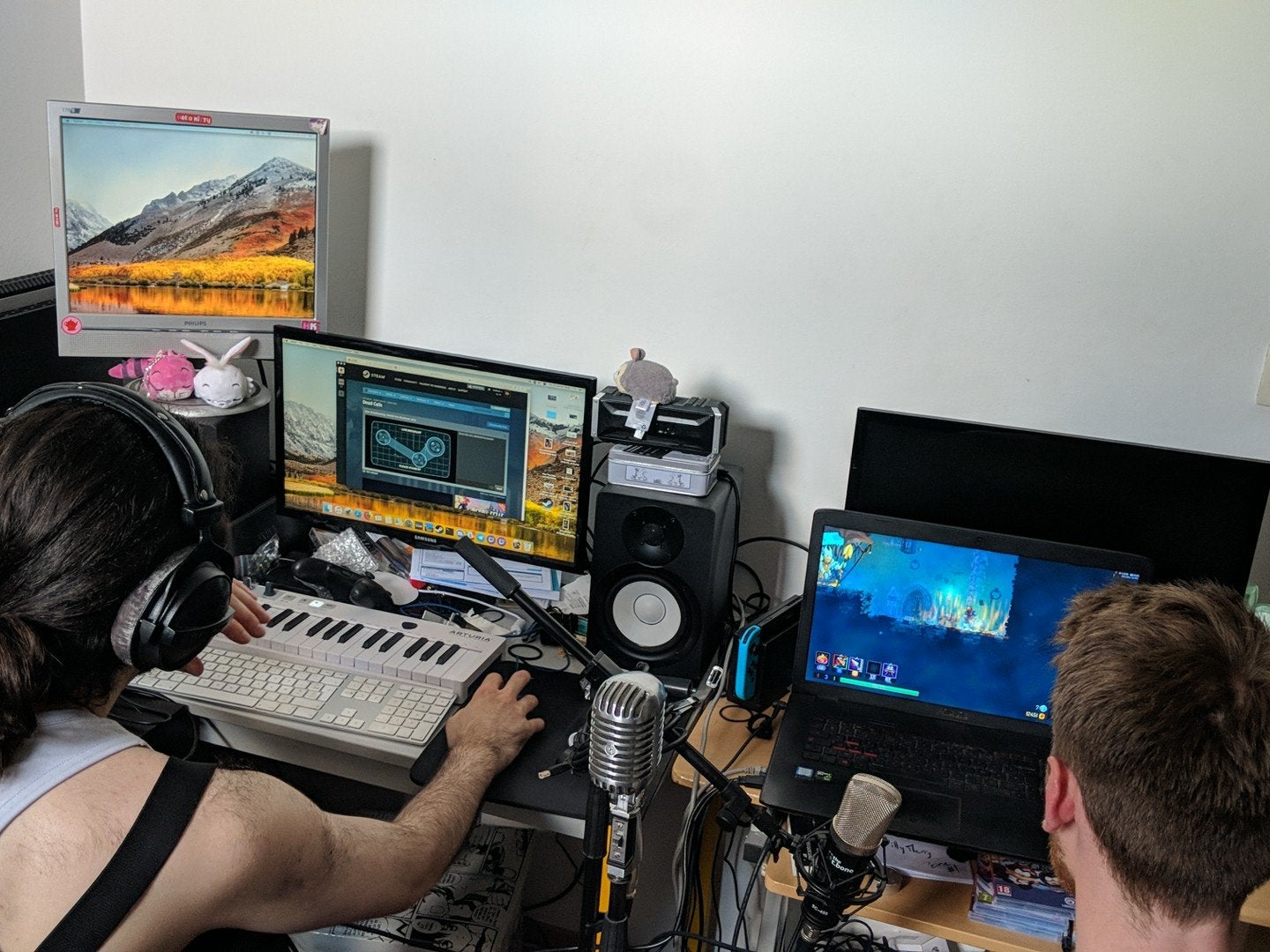 Decision-making is also a team-based process, albeit one that doesn’t always require everybody to sit down at the table and argue their case. Small-scale decisions happen in Slack or around the coffee machine without too much brouhaha, Bénard said, but important strategic shifts and decisions that will impact everybody result in full team meetings. If a consensus doesn’t emerge, they take a vote.

Sometimes that means people don’t get their way, and that, said Bénard, is “the tricky part”.

In other studios, most developers don’t get to leave their mark outside their designated cog in the machine, but at Motion Twin, everyone is used to having equal say. When things don’t go their way, this presents a new set of challenges.

Bénard said the biggest one is “to accept that sometimes, you’ll be right and your proposals will be chosen, and sometimes, your well-intentioned super revolutionary idea will be thrown away by the team. That’s the way it works, and everyone has to accept that the resulting decisions were made by people who understood your point of view, but decided to scrap it anyway.”

“…a direct challenge, not just to the exploitative practices you see at a lot of other companies, but also to tired old world corporate structures in general.”

That isn’t to say Motion Twin doesn’t deal with other challenging elements of video game development as well. Crunch, for example, still exists at the studio, but Bénard said that everybody tries to avoid it most of the time because it leaves people broken and exhausted, and doing little to no work after the crunch.

In all cases, Motion Twin relies on a strict time-tracking system so that if developers work late one day, they can leave early on another.

“But that should always be an exceptional situation,” said Bénard. “Years of experience told us it’s much more important to have people working together, at the same time, in the same place, than people working at home, or late at night alone in the office.”

As with other studios, the threat of burnout looms heavy at Motion Twin too, but it’s exacerbated by the burden of responsibility that everybody carries. “Because everyone is responsible for many things at Motion Twin, your brain usually keeps ‘working at Motion Twin’ when you come back home everyday,” said Bénard.

“We spend lots of time reading articles, talking to players on Discord or Reddit, watching live streams, etc,” he said. “But you need to rest and cannot afford to be always focused on Dead Cells 24/7, and everyone in the Motion Twin faces burnout at least once because of our system.”

The solution? Bénard says that lately the studio has gotten good about just telling people who seem to be on the verge of burnout to go home. The company puts an emphasis on employees being happy and driven, and burnout risks stripping away both those crucial qualities forever.

“It’s obviously better to lose a few work hours than a colleague,” said Bénard. “There’s absolutely no discussion about that.” 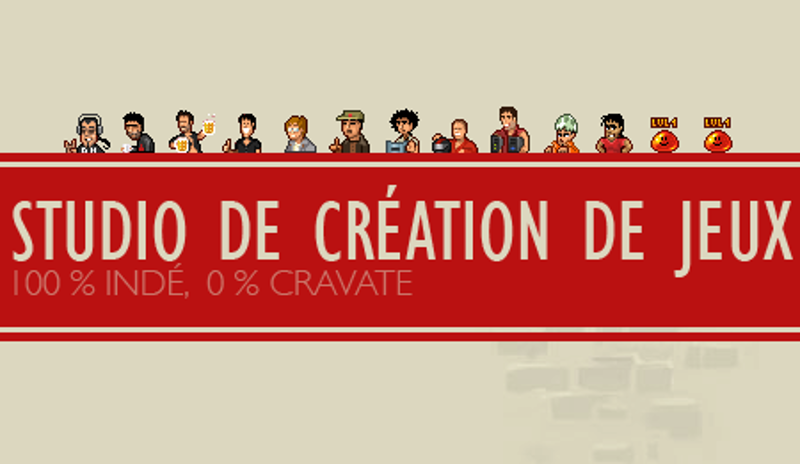 There’s a caveat to all of this, though: Motion Twin is a relatively small studio. It’s ballooned up before, but under all the specific constraints of Motion Twin’s structure, the balloon went pop.

“Years ago, we did grow a lot, but this wasn’t a great experience,” Bénard said.

“We lost much of what made Motion Twin a nice company to work in, and during the process, many people lost this important motivation and focus that worked for us. I think it requires quite a clever structure to go beyond 15 people with a similar equitable design, because you’ll need innovative systems to keep everyone involved.”

Bénard isn’t sure that’s such a bad thing, though. “Passionate workers can do much more in a few work hours than any dev forced to work on weekends or late at night,” he said. “We were able to achieve much more being eight people than when we were 20+, so we plan to stay below the 15-person limit.”

He hopes, though, that if nothing else, Motion Twin’s mentality toward work in the gaming industry becomes the norm, rather than an exception, in the coming years.

“We will probably ‘joke’ about game industry work conditions in a few years,” he said, “because it’s just obviously ridiculous and inefficient. People are simply not disposable resources.”