In EVE Online War, Spawn Camping Goes On For A Week

It takes a special sort of character to lead a fictional armada into battle. Those few that have what it takes are household names. James T. Kirk. Admiral Ackbar. Doomchinchilla. … Doomchinchilla?

OK, he may not be famous outside of EVE Online, but inside it, Doomchinchilla is renowned for commanding one of the longest-standing and most-feared Supercapital forces the game has ever seen.

Most recently, that fleet has been suffering at the hands of an enemy “hellcamp” after the fight of UALX-3, and Kotaku was able to get in touch with Doomchinchilla via Discord to find out what that really meant. 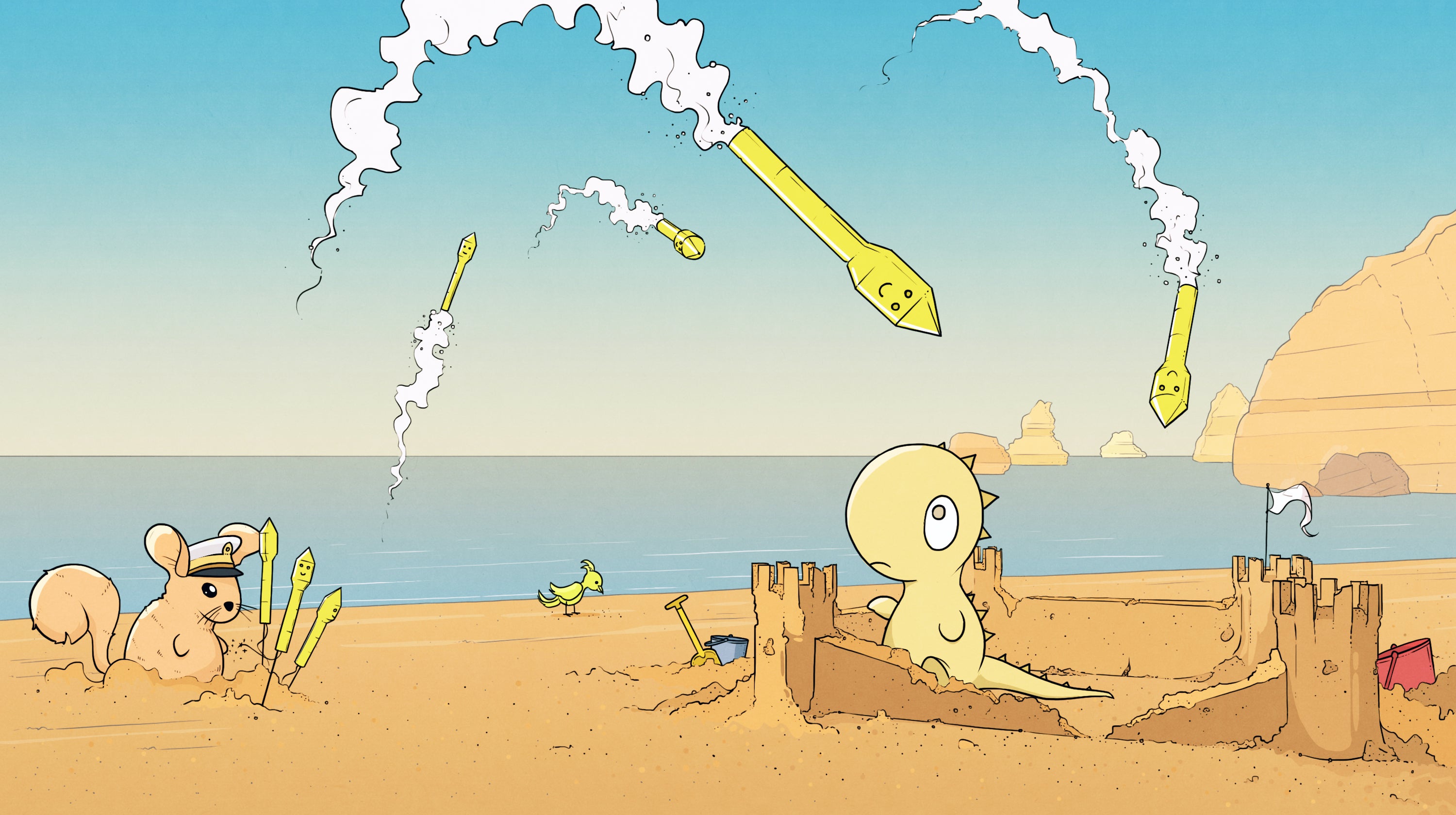 In the EVE vernacular, a hellcamp often occurs when one side of a conflict somehow discovers the location where an enemy fleet previously logged out of the game. When logged out, a ship is removed from space, and will always return to that point when the player controlling it logs back in.

In a hellcamp situation, players will remain logged in and active at that location every minute of every day, often rotating shifts as the day rolls on. In addition to the fleet, there are often devices anchored in space that will prevent a ship’s warp drive from activating, effectively cutting off all means of escape.

After the destruction of the Test Alliance Keepstar in UALX-3, the system where last week’s Keepstar brawl went down, Pandemic Legion and its allies remained on the battlefield, brawling against the Imperial Legacy coalition’s combined forces. Eight long hours after the fight began, the server crashed as a Goonswarm Federation Titan fleet began jumping into the system.

“After being awake and planning for nearly 20 hours and eight hours of actual gameplay, we were relieved,” Doomchinchilla said to Kotaku. “If we had thought it was going to happen, we would have jumped stuff in just to crash the server ourselves.”

Of course, the relief of an eight-hour fight ending in the wee hours of the morning was quickly replaced with at least a little pang of regret. Kotaku asked Doomchinchilla how it felt to know that the fleet he led would inevitably be on the receiving end of a hellcamp.

“Tiring,” he said. “We knew that we would get out eventually, but we were more scared of the tactical advantage than anything. They reinforced our staging forts three days into the camp, but wouldn’t commit their supers because they were scared of leaving the camp.” 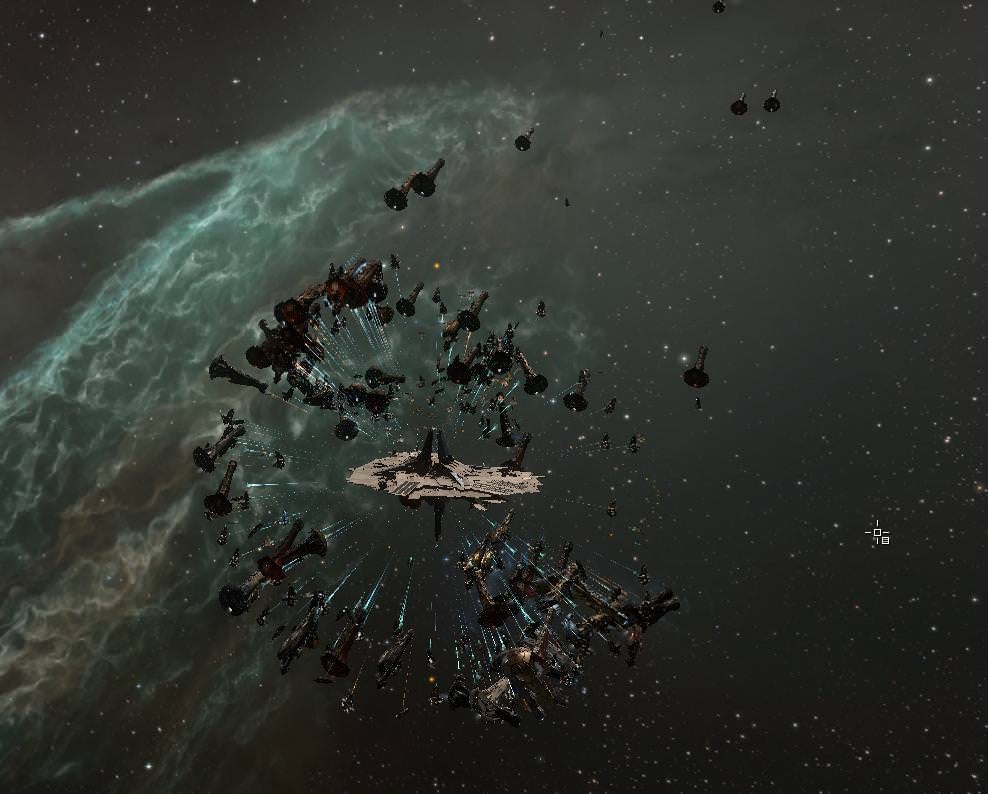 With nearly the entirety of the fleet being trapped, and at risk of complete and total destruction if they attempted to log in and escape, players on Reddit began to taunt Pandemic Legion and their allies. Posters suddenly began claiming that even though the space station was lost, and Imperial Legacy forces had suffered more damage, monetarily, than their foes, that Imperial Legacy had actually won the fight.

“We won the objective, and the ISK war. It can be argued that we didn’t win the objective because of the other keepstar, but if goons give you a new keepstar, nothing we can do about it,” Doomchinchilla said.

Early one morning US time, nearly a week after the camp began, Pandemic Legion and its allies began to mobilise their other forces in the area in preparation for attempting to make a jailbreak. As the hellcamp had already gone on for several days, the waiting fleets had begun to thin in numbers. To further weaken the hellcamp, small fleets of sub-capital ships began to destroy the anchored structures preventing ships from jumping out. 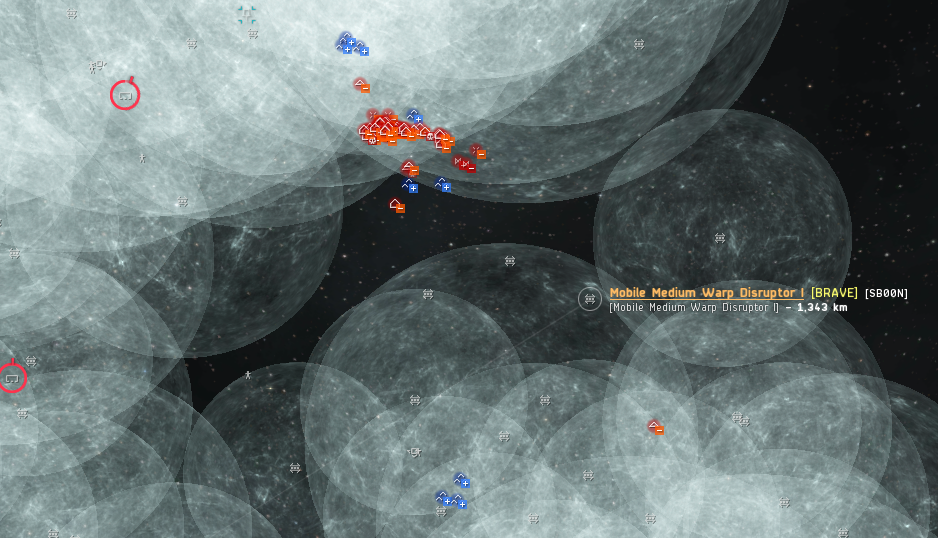 A gap begins to form in the Hellcamp. (Graphic: Toni Delancor)

Emboldened by these factors, a massive force of Pandemic Legion Titans logged in, prepared to face the camp and attempt to escape. Persistence and planning were on their side, and the majority of the titans were completely free of interference, and able to escape the system unscathed.

“Most got out Wednesday morning,” Doomchinchilla said of the fleet. “There’s a lot of people still there because of scheduling conflicts, etc. But enough of us got out that we should be able to cover the remaining people as they start to trickle out on their own.”

With the majority of his supercapital fleet now free, EVE players on both sides of the war are waiting to see where the fighting goes next. The southern front of the war has been somewhat stalled by the hellcamp, while fighting has continued on the other side of the galaxy, seeing the Imperial Legacy coalition start a campaign of attacking and destroying space stations owned by Pandemic Legions’ allies.

There was some controversy surrounding the hellcamp before it was disbanded, enough that CCP Games was forced to make an official statement regarding its policies. Doomchinchilla helped kick off the controversy by tweeting that his allies were exploiting the game’s GM Ticketing system to have their spaceships moved back to safety via out-of-game methods.

This caused a massive outcry on the EVE Reddit, with players on both sides arguing vehemently both for and against the actions.

Got one titan out this morning thanks to the petition system. God fucking bless. Titans being logged off with 0 cap, when they had above jump cap pre-server crash. Offline mods, missing mods… at least CCP realizes this isn't normal. #tweetfleet #goingforahike pic.twitter.com/4FQQeqUJJj

EVE Community manager CCP Falcon was able to clarify the issue with a blog post issued over the weekend, reinforcing CCP Games’ policy of not interfering with player choices and actions when giant fights like this are concerned.

Doomchinchilla, meanwhile, said he was just joking around. “I kind of feel bad, at least a little bit,” he said. “I have a way of drumming up a lot more response and anger. When I posted that, I knew full on that people would believe it.”

Now that the fleet has escaped the hellcamp, the southern end of the EVE universe is once again poised on the brink of another major conflict in the coming war. Since I am an EVE player myself, and actively engaged on the opposite side of the war as Doomchinchilla, he did not offer up exactly what Pandemic Legion forces had planned for their next move, but he did assure me that they weren’t anywhere near done.

This war is showing all of the signs of becoming one for the history books, as neither side is willing to back down any time soon. EVE Online has been at a relative state of peace for quite a while, and many players are excited to see a massive, server-wide war beginning.

“If anything, the ‘Hellcamp’ boosted our morale,” Doomchinchilla said. “We have fun shitposting, and making other people cry over the things we’re doing. People cry about everything we do, and we’re just loving it. I can see this war going on for months.”

“I just hope it doesn’t last until snowboarding season,” he said. “Nothing can keep me from that.”