Monster Hunter: World Plays Well On PC, If Your Rig Can Swing It

featuremonster huntermonster hunter worldPc
To sign up for our daily newsletter covering the latest news, features and reviews, head HERE. For a running feed of all our stories, follow us on Twitter HERE. Or you can bookmark the Kotaku Australia homepage to visit whenever you need a news fix.

I’ve been replaying Capcom’s fabulous beast-em-up Monster Hunter: World on PC over the last few days and am pleased to report that it’s running (and looking) noticeably better on PC than it did on PS4 Pro. However, getting it running smoothly required some tweaking, even on my powerful machine.

Monster Hunter: World includes an option for playing with an uncapped frame-rate, though I was initially unable to get things running above my preferred threshold of 60fps. Fortunately, the game gives you several options for tweaking its visuals and adjusting a few of those got me safely in the 65-80fps zone for most of the game.

In particular, the “volume rendering quality” setting, which controls the gauzy atmospheric sheen that the game ladles on top of everything, has a significant effect on performance. Here’s what the game looks like with that setting on “highest”, which is one step above “high”: 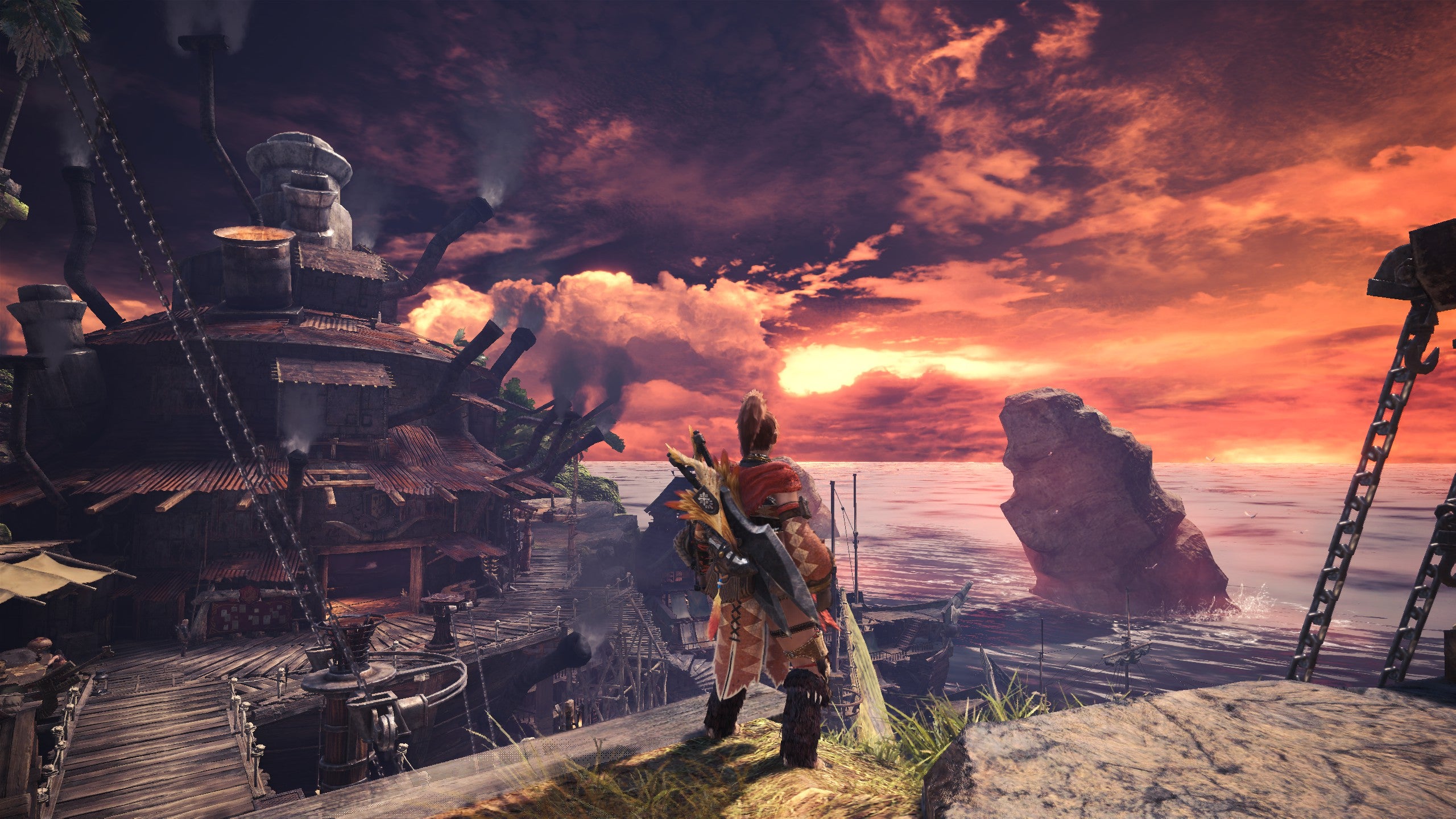 And here’s what it looks like with it turned off: 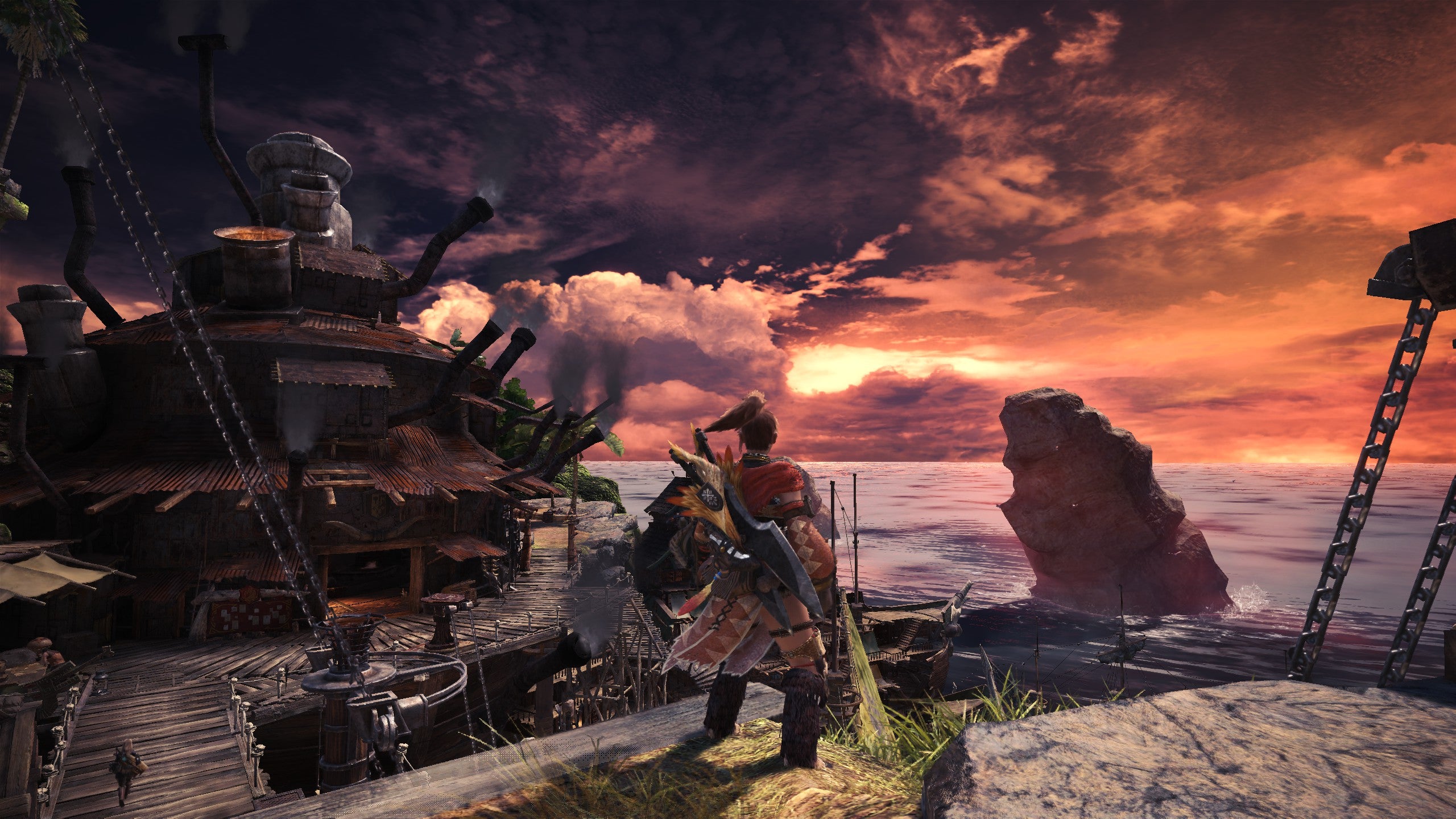 With that setting on its highest level, I’m getting around 60-70fps when looking out over the water in town. With it turned off, I go over 100fps. Big difference. I’ve found that setting it to “mid” makes the game look nice and gives me enough of a performance bump to stay at a good frame rate. Here’s what the same scene looks like with volume rendering quality on mid, where it runs around 80fps: 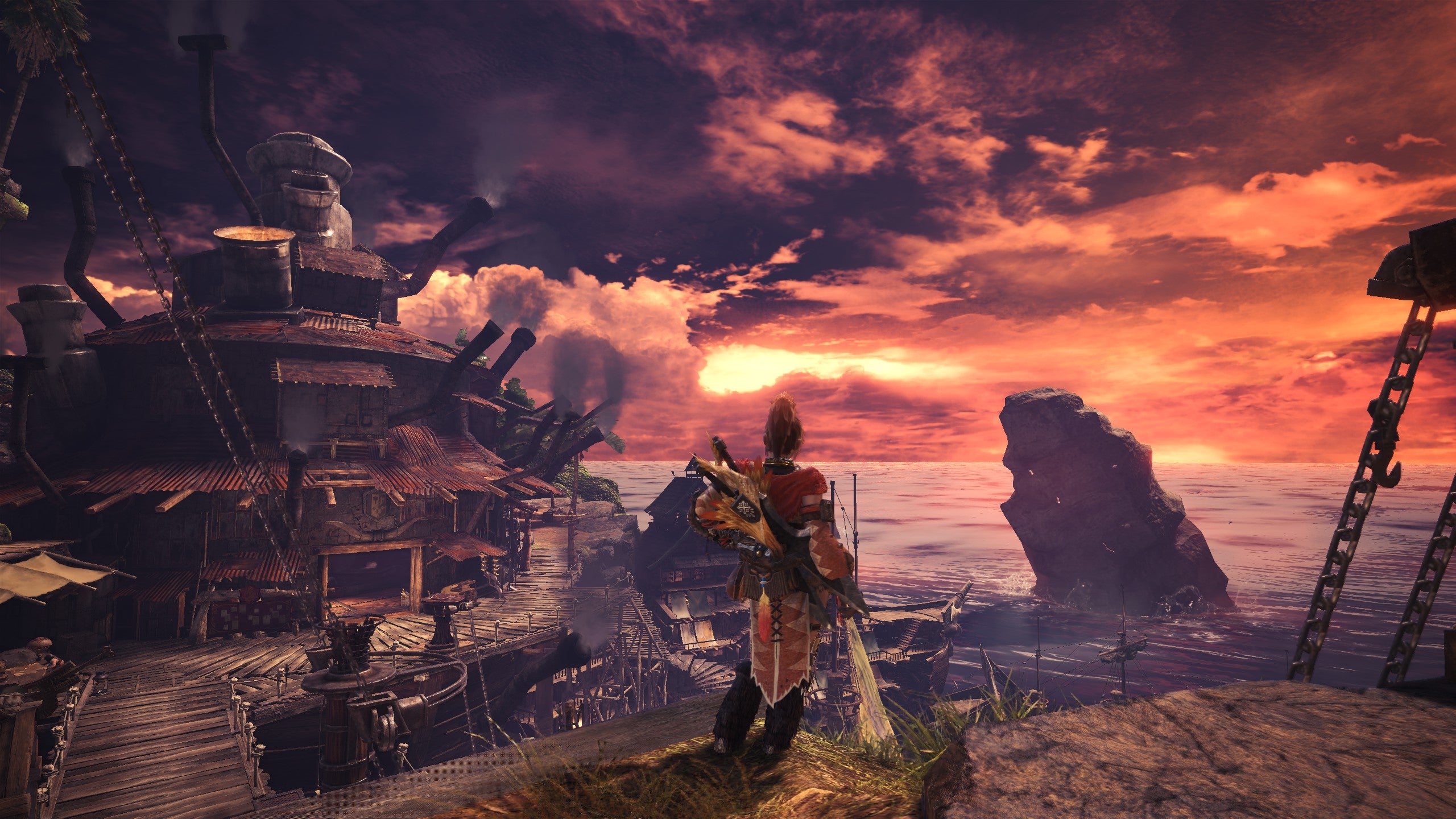 A happy middle ground. This area runs at around 80fps.

With my current settings (seen in the earlier screenshot), I’ve been staying comfortably north of 60fps. However, I haven’t had a chance to extensively test the game’s performance past the first few hours and the first two regions, nor have I been able to try it on any other PCs. I also can’t report on how multiplayer is, since so few people have been on the game’s servers.

Katharine Castle at Rock, Paper Shotgun reports that when she set the game’s resolution scaling to “prioritise resolution”, her GTX 1070 Ti dropped into the 40fps zone and that her colleague John Walker was having similar performance issues on his 1080.

I’m not entirely clear on the process behind the game’s resolution scaling, which dynamically lowers the in-game resolution to keep things running smoothly, since the menus are vague about what’s really going on.

I’ve got mine set to “high”, which looks to me to be the way to make the game sharpest. There’s no clear way to turn resolution scaling off in the menus, but while I can’t be certain it isn’t occasionally adjusting things in the background, it looks more or less like it’s running in a consistent 1440p.

Now that I’ve got the game running smoothly at a good frame rate, I’ve been having a great time. I played a ton of MH:W on PS4 Pro and while I loved it on that system, it’s definitely easier to play on PC at a higher resolution and frame rate. I can see things more clearly and I feel like I can react more easily to what’s happening around me.

When I flee from a huge monster, I have an easier time scanning the environment for helpful paratoads and ammo pickups. When it’s time to stand and fight, I’m more able to read the creature’s body language and dodge its attacks. Some of that is that after 80 hours on PS4, I’m just a better player than I used to be.

But there’s no question that the smoothness of its performance on PC plays a part.

MHW is a fast-moving game that throws a ton of visual information at you at any given moment and the additional frames on PC make it noticeably easier to "read".

I’ve been playing the game with a controller, since I rarely play third-person melee games with a mouse and keyboard on PC. My cursory (get it?) tests of the mouse and keyboard controls show that they’re plenty functional and more usable than I would’ve thought.

Unfortunately, the interface remains about the same; accessing sub-menus is often a manner of scanning the screen for an obscure button prompt and there’s no PC-style hotbar for items and gear. Definitely still feels like a game most people will want to play with a controller.

I’ve gotten a handful of hard crashes to desktop while in the middle of a pitched battle against a large monster and every time it’s happened, I’ve lost an annoying amount of quest progress. I’m not sure if the crashes are the game’s fault or are the result of something with my PC, though I play a lot of graphically demanding PC games and the rest of them don’t regularly crash.

MHW makes my CPU run unusually hot and after lowering my CPU overclock by a few MHz, my core temperatures during gameplay dropped and I haven’t had a crash. Could be that was the cause. Given that MH:W made my PS4 Pro crank up its fans until the console sounded like a jet taking off, it stands to reason that something in its inner workings puts CPUs through the wringer. However, no game should be causing such consistent crashes, given that other games work on my PC just fine.

Of course, all the findings in this post are limited and preliminary — the usual tech-focused sites will doubtless soon do full performance analyses, which will give a better sense of how MHW performs across a variety of setups and graphics cards. It’s also worth noting that I’m playing a pre-release version of the game, without the updated GPU drivers that typically accompany the launch of a big PC game.

Given that I’ve seen some early performance reports already out there, I figured I’d share how it’s been for me. Monster Hunter: World is a good game to begin with and it plays pretty well on PC, even if it’s more demanding than it seems like it should be.