For over a year, Blizzard has insisted that Hanzo Shimada does not have prosthetic legs. Nevertheless, Overwatch fans have their doubts.

Let me be frank—Hanzo Shimada has impossibly tiny ankles. Observe: What are those??????? (Screenshot: Overwatch, Blizzard)

As a result of this undeniable truth, Overwatch fanfiction writers have been operating under the assumption that Hanzo has prosthetic legs. The understanding was that since Hanzo and his brother Genji got in a fight that left Genji a robot and Hanzo injured, Hanzo probably got his legs chopped off before delivering the blow that nearly killed his brother.

However, both Jeff Kaplan and Michael Chu from the Overwatch team have said that Hanzo does not have prosthetic legs. Kaplan went as far to say that Hanzo just has “delicate ankles” at Blizzcon in 2016.

But just because the developers said this doesn’t mean fandom buys it. I mean, it’s ridiculous. Ever since that comment from Kaplan, Hanzo’s improbable legs have been a recurring topic of discussion in fandom, cropping up whenever fans recall Hanzo’s dainty ankles. 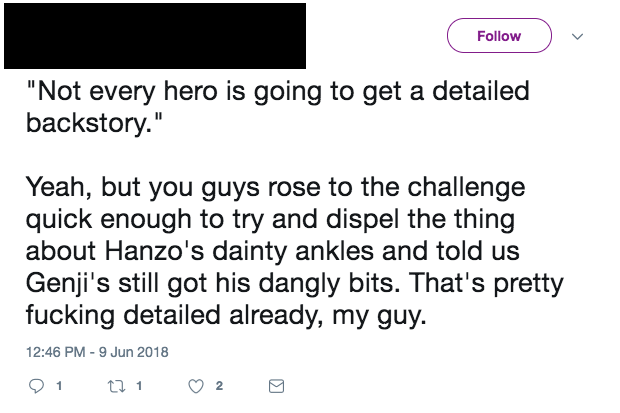 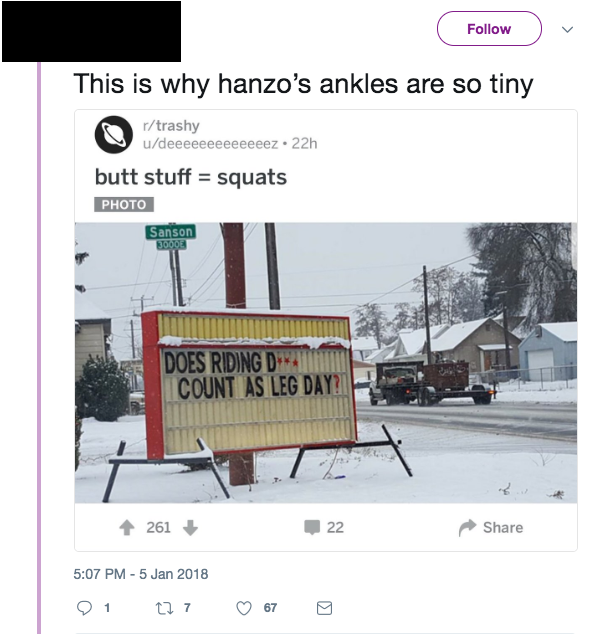 I’m with fandom on this one. I mean, how does Hanzo wallrun if he has normal legs? Riddle me that, Blizzard! Although they’re unlikely to reverse the studio’s stance, I hope fandom keeps pestering the Overwatch team about this.

Of all the things that blatantly don’t make sense about the lore for this game, this one is the most egregious. I mean, look at the dude’s ankles. No wonder he uses a bow and arrow. If he tried to lift a gun his legs would snap in half.