The Exorcist Makes For A Creepy-As-Hell VR Game 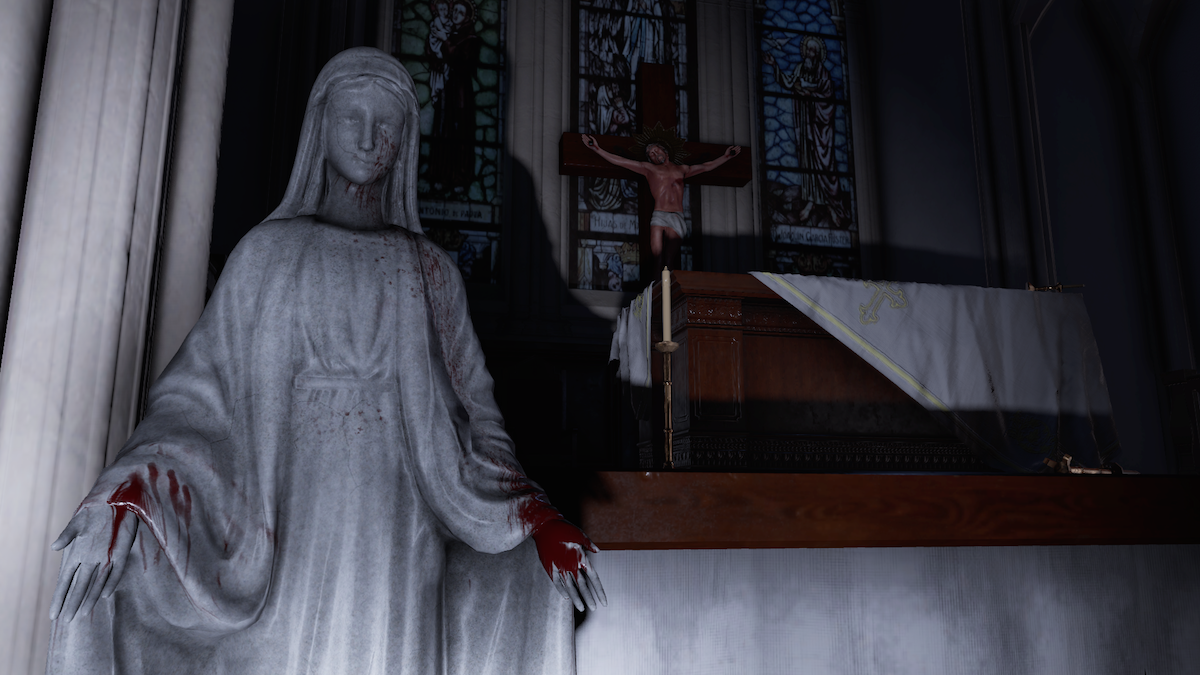 For all the pea soup-laden razzle-dazzle of its most memorable moments, the 1973 film The Exorcist does not lend itself easily to a video game adaptation. On the surface, it’s about a 12-year-old girl possessed by the demon Pazuzu. At its core, however, it’s an exploration of science and religion, puberty, and man’s struggle for identity in a world of good and evil.

While I had visions of “Press F to have a crisis of faith” and “Hold LT to do unspeakable things with a crucifix” running through my head when I booted up The Exorcist: Legion VR, developers Wolf & Wood seem to understand that standard game mechanics aren’t applicable here.

The result is what they have dubbed “an interactive virtual reality experience” and yeah, it’s as scary as the franchise it’s based on.

Legion, which is available on Vive, Oculus and PlayStation VR, begins in your office in the homicide department at a Boston precinct, the hub from which you launch each of the game’s five episodes. There’s coffee to drink and files and letters to read, but it’s little more than a pitstop on your way to the good-n’-terrifying stuff: the cases themselves.

In the first, “Last Rites”, you’re called to a church to investigate the disappearance of a priest. It’s immediately apparent that something bad went down here: There’s a lot of crime scene tape, a lot of darkness, and a lot of blood. As you search the pulpit and the priest’s office for clues, you’ll listen to cassette tapes, solve a simple puzzle, read some more notes and assemble what sure seems like an exorcism kit, which doesn’t bode well for your future.

Even something as simple as reading a handwritten note or rummaging in a drawer is a wonder in a fully-interactive VR environment. I found it a bit difficult to concentrate on the stuff I found, however, because I was too damn scared. 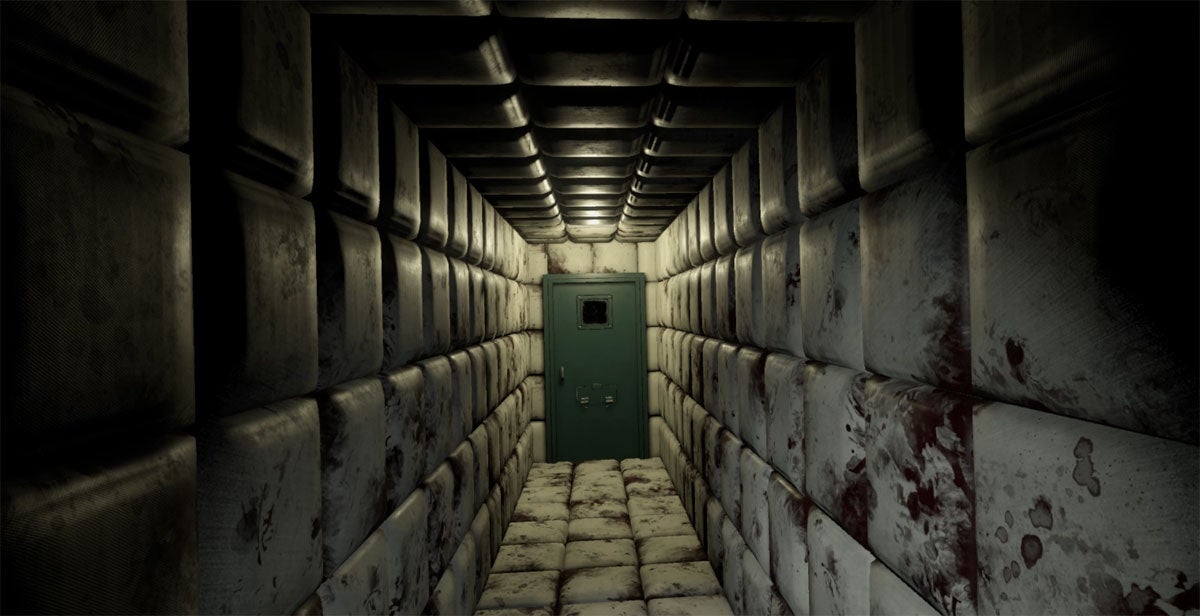 I don’t want to brag, but it took me five minutes to work up the nerve to walk through this door in Chapter 2. Screenshot: LegionVR, LLC

First-person horror really unnerves me even on a flat screen. Putting on a virtual reality headset and being in the environment is almost too much. Don’t get me wrong, I love it! But I can’t handle it. It’s the pure, unadulterated dread that gets me, and that’s what The Exorcist: Legion VR does so well.

It’s anticipating the mere possibility of a jump scare as I walk through a pitch black doorway or manoeuvre around a hallway corner. It’s the realisation that a room has changed since I was last in it, or the moment I realise that while I was supposed to be in the church alone, I wasn’t.

I’m constantly afraid that there’s someone behind me in first-person horror games, and that fear was rewarded (if you can call it that) several times during the three episodes (of a total of five) of Legion that I played. At one point, someone — or something — behind me whispered “I’m here” in my ear, and I was too afraid to turn around. I wouldn’t do it. I couldn’t do it.

I stared at the wall for a good five minutes and when I finally decided to get on with things I turned around with my eyes closed tight. If you’re looking for an incredibly intense horror experience that will likely elicit screams and whimpers of fear, you can’t go wrong with The Exorcist: Legion VR.

However, if you’re looking for a lengthy, deep, rewarding “video game,” this ain’t it. Although you face off against a demonic entity in each of the episodes (they compose the titular Legion), there is no combat to speak of. The gameplay, such as it is, is mostly holding up a piece of equipment from your exorcism kit in front of an object until it’s “cleansed” or a clue is revealed.

This is still stressful as there’s no pausing the game, and you can’t move whilst rifling through your inventory. But when all is said and done, the encounters are low-stakes. Puzzles are very few, and the ones I found were exceedingly easy. Should you miss any, you can replay cases to try for a 100 per cent completion in each.

Unfortunately, replaying chapters highlights just how short they are. My first time through “Last Rites” probably took me 45 minutes because I was the worst detective, too scared to explore all the nooks and crannies and do my detecting. I walked across rooms at a pace so slow even snails would be ashamed of me. However, when I replayed and knew what and where the scares would be and what I needed to do, the entire affair took maybe 10 minutes.

For a detective braver than I, 20 minutes to complete an episode the first time is probably be a generous estimate. A few episodes also ended rather abruptly, and I returned to my office feeling a bit, “Oh, that’s it?”

The environments are small and the chapters are ultimately short, but they really pack a horrifying wallop. I can’t help it: the power of “I don’t want to go in there, what is that, why do I do this to myself?” compels me to see how the rest of the story will play out in episodes four and five. Pray for me.