dillons dead heat breakerskensuke tanabevanpool
To sign up for our daily newsletter covering the latest news, features and reviews, head HERE. For a running feed of all our stories, follow us on Twitter HERE. Or you can bookmark the Kotaku Australia homepage to visit whenever you need a news fix.

“I really only know about what people are saying online,” Nintendo producer Kensuke Tanabe recently told me over email while discussing how people were responding to his newest game. “What I see personally is that many people are not aware that this game has been released, and I want more people to play this game.”

Tanabe was discussing Dillon’s Dead-Heat Breakers, which is a game that came out from Nintendo in May on a major Nintendo platform, the 3DS, and, really, you’d think that would be enough to get a game noticed. We even covered it here, praising the offbeat game for its strange mix of tower defence, combat racing, and post-apocalyptic talking-animal drama.

Obscurity, however, can befall any game release, even one from Nintendo. Games like Dillon’s just don’t get a lot of play. They may come from Nintendo and their development partners, but they aren’t the new Mario Karts, Smash Bros and Zeldas. They’re part of a more hidden (and weirder) Nintendo, the Nintendo that finances the development of minimalist art games on Game Boy Advance, a horse-racing solitaire crossover and even a game in which you can defeat zombies with a selfie or by teaching them maths. 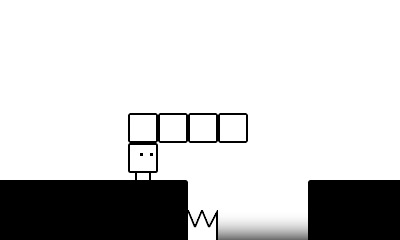 These more obscure offerings, the Dillon’s games included, still have a lot of what the best Nintendo games are known for: satisfying gameplay, a memorable look and a cohesion that makes the games feel robust and complete. From this hidden Nintendo we get franchises like the marvellous Box Boy sidescroller trilogy, the Pushmo block-puzzlers and the Dillon’s trilogy.

Note that last word. This new Dillon’s game is the third one, following two Dillon’s games set in the Wild West that came out in 2012 and 2013. It’s not clear who plays this stuff, but enough people do that Nintendo keeps putting them out.

Shortly after Dillon’s Dead-Heat Breakers came out and I wrote about it, Nintendo came to me to offer an interview. I like talking to Nintendo people about their weirder projects, so I figured I’d get the lowdown on how this peculiar branch of Nintendo gaming came to be and how they hope it’ll grow. 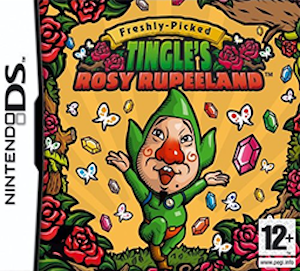 The Dillon’s games are produced by Nintendo and developed by Vanpool, a small Tokyo studio that in 2006 released the most remote of Zelda spin-offs, a sidescrolling action-adventure called Freshly-Picked Tingle’s Rosy Rupeeland that stars the weird map-seller from Majora’s Mask.

In that game, Tingle’s health bar is also his money and shopkeepers force Tingle/players to guess the prices of their wares, then laugh at him and keep the money if you guess too low. I called it the meanest game Nintendo ever produced. It never even came out in North America, staying exclusive to Japan and Europe.

Vanpool makes odd stuff and was going to make another strange title in 2010 that somehow led to the original Dillon’s Rolling Western. “Looking back eight years ago, we were developing a horror game with Vanpool that starred Tingle as the main character,” Tanabe said, “but that project was canceled due to a variety of reasons.” Nintendo kept in touch with Tokyo studio and, Tanabe said, Vanpool developed a prototype for a game featuring a main character that rolled and was controlled with “slingshot controls” that were input with a stylus on a touch screen.

“We had some discussion and came up with the setting and the main character through the association of Rolling => Armadillo => Texas => Western, and Vanpool also liked that idea. And so, a new IP, ‘Dillon’ was born.”

“We don’t have armadillos in Japan,” Vanpool’s Jun Tsuda added over email, “so the staff and I did some research about their habitat and were a little disappointed when we found out that they just dig holes and eat grubs and worms. Still, the thought of making an animal like that seem cool sounded fun, and that motivated us to put some polish on Dillon’s claws and shell.”

Tanabe said the rolling gameplay idea merged in his mind with ideas he had about tower defence games after working with Q-Games on Starship Defence, another prototypical high-quality, low-profile hidden Nintendo game for the Nintendo DSi.

Most tower defence games, including Starship Defence, involve placing towers that can shoot down creeping enemies. Tanabe was interested in a tower defence game in which the player could run around on the battlefield while the towers fired overhead.

Tanabe: “My goal was to set up Dillon and Russ as a shining beacon of hope to everyone with their strength to keep on living in a ruined world.”

In Dillon’s Rolling Western, which was released on the 3DS in 2012, players do indeed use slingshot controls to roll Dillon into a ball and then fire him around besieged towns. Dillon can set up towers that shoot lumbering enemies, or he can roll into battle and do a variety of spin and claw attacks in direct combat.

The second game plays similarly, but the new third one ditches the slingshot controls and moves the setting from wild west to post-apocalypse. “We got some feedback from the staff inside of the company that people probably don’t know much about Westerns these days,” Tanabe said to explain the shift of setting.

“Even though I personally love Wild West movies, I thought they had a point, so I went with a new setting.” Dead-Heat Breakers is far bigger than the others and sells for a potentially off-putting $US40 ($54) rather than around $US10 ($14) like previous games in the series. It brings Dillon and his squirrel sidekick Russ to a city that has walled itself off from a disaster that has struck outside. Inside, heavily armed yet still somewhat cute animals stand guard or drink away their stress while, outside of it, small settlements call for rescue. In town, players control an animal form of one of the Mii avatar characters on their 3DS, doing odd jobs to make money and chatting with the many oddball characters in town.

“The post-apocalyptic world is definitely harsh,” Tsuda said, “but what I want players to see is not really how merciless the world can be, but instead how bright and full of life the characters are who inhabit it. I think the cute and fun animals provide a good counter-balance to the look of the world.”

Outside of the city, players control Dillon and do a mix of the old gameplay combined with bouts of combat racing in which Dillon must rev up and chase down enemies that are literally driving themselves into a rage before attempting a final attack.

The setting and all that driving show an obvious inspiration. “The Mad Max movies are my favourites set in this kind of world,” Tanabe said. “My goal was to set up Dillon and Russ as a shining beacon of hope to everyone with their strength to keep on living in a ruined world.”

Tsuda: “I bet the players who like Dillon and the setting actually are pretty secretive about it.”

The addition of racing was initially going to be a full swap of old gameplay with new. “I thought that we could make the game more exhilarating to play than a tower defence game,” Tanabe said. “We concluded that a battle race alone wouldn’t really expand or deepen the game or expand its world, so we reverted back to implementing the action tower defence in the finished game.”

Those battles happen at night. Nintendo and Vanpool added the city that players visit during daytime to give a sense of an “expanding world.” The developers at Vanpool cooked up the idea of pulling in players’ Miis from their 3DS and turning them into playable animal characters and recruitable mercs—Amiimals, they called them. 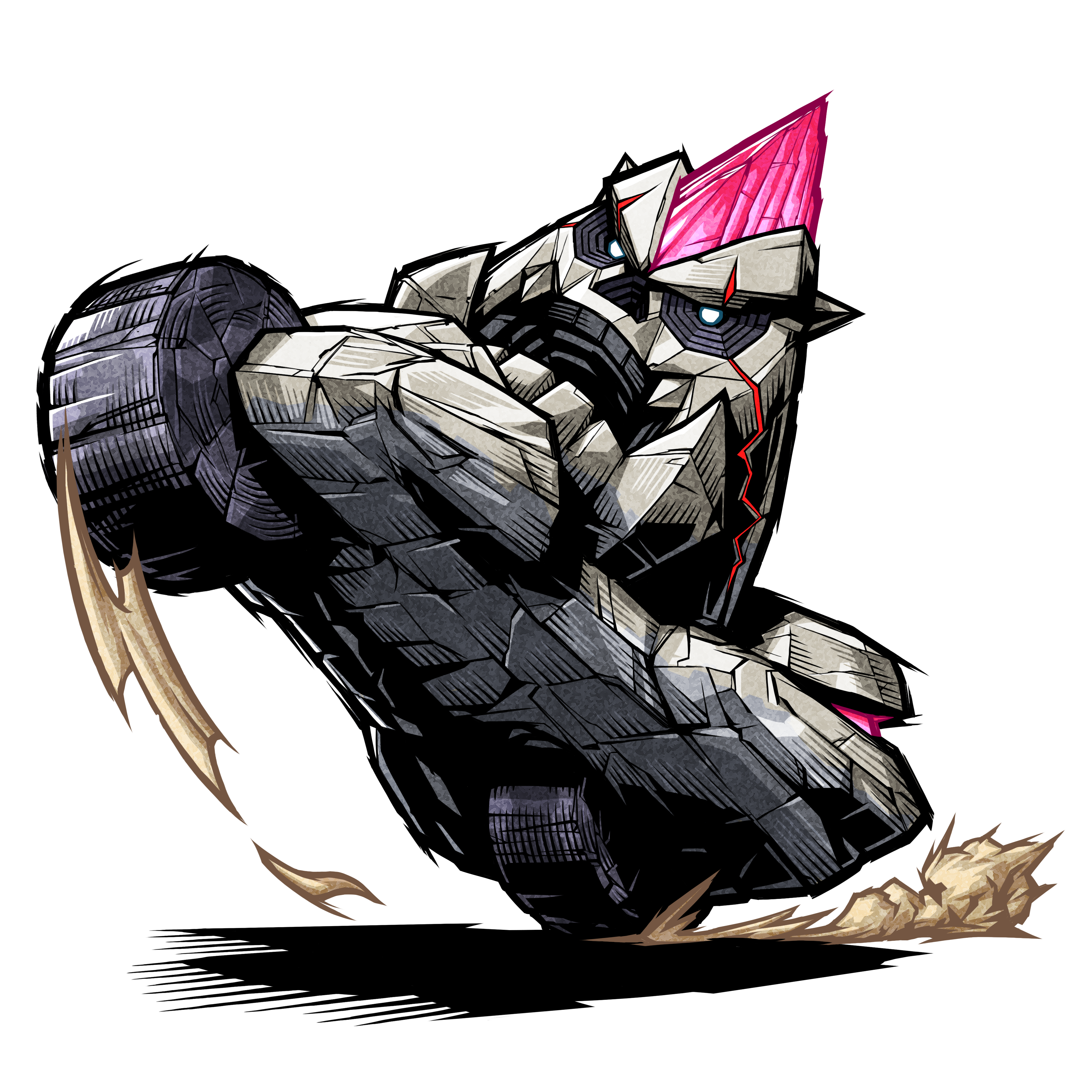 Tanabe liked that idea a lot. “I really wanted you to see what kind of Amiimal you, your friends, and your family would turn into. ‘Ah! you turned into a sheep!’ and ‘What? You’re a cow?’ That kind of thing.”

Nintendo isn’t saying how well the game is doing. On the 3DS eshop’s list of best-selling games dominated by Pokémon and Mario games, Dead Heat Breakers is nowhere to be found. Tanabe wants to make more games in the franchise.

“I’ve actually been wanting to make an RPG with Dillon as a main character for a while,” he said. “I am hoping this game reaches a wide enough audience that we can make that plan come true in the future.”

Tsuda squared his pride in his work with its apparent obscurity. “I bet the players who like Dillon and the setting actually are pretty secretive about it,” he said, proposing an earnest if imperfect metaphor.

“I would like more people to know about the game. It’s not like a popular restaurant, so there won’t be a sudden crowd or a long wait time or anything. So, to any new players who have an interest now after reading this article, please give the game a try. You won’t regret it.”