Matt Kindt’s beloved Dark Horse series about a young crime writer thrust into a world of superspies and superpowers came to an end three years ago — but now it’s coming back. Except, it isn’t in the way you might expect, because it’s doing so with a new Kickstarter project we can exclusively reveal today.

Matt Kindt is launching a crowdfunding initiative to release an all-new one-shot comic set in the Mind MGMT universe — and a retro-styled vinyl record read-along version of the story to go with it.

The comic itself (written and illustrated by Kindt) will focus on Lyme, a rogue secret agent looking to expose his former employees who was a major character in the original series — but the story is designed as a standalone that can both introduce readers to Mind MGMT’s world while offering some cool little Easter eggs for fans to hunt down.

A gatefold at the back of the comic will hold the read-along version of the same story, printed on a 7-inch 33 1/3 RPM record, meant to be listened to as you read the comic in the vein of classic children’s read-along records that Kindt and many others grew up with. 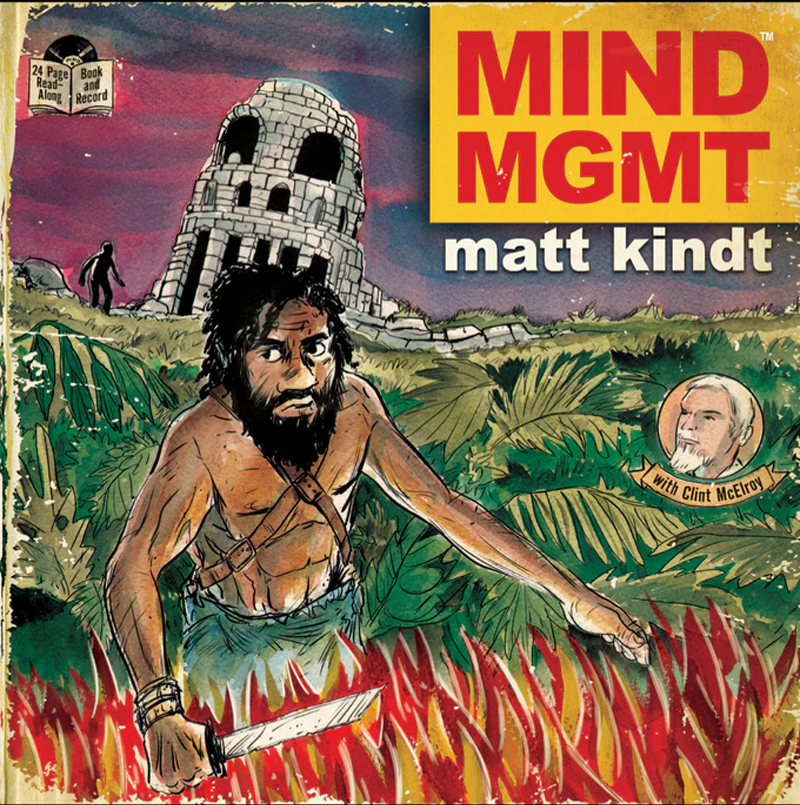 However, instead of just being an audio version of the story in the new comic, the record is designed to subvert what you’re reading on the page when played alongside, making for a dissonant experience that changes your interpretation of the comic while you’re still reading it. Very appropriate for a series about psychic abilities and weird spies!

The record itself will feature voice work from Clint McElroy, comic book writer and father to Adventure Zone hosts Griffin, Justin and Travis McElroy, and himself a self-professed fan of Kindt’s work on Mind MGMT.

Multiple tiers are available — with just $US5 ($7) netting you a digital version of the comic and audio, and $US25 ($34) to get the basic physical version — to back, with 10 per cent of the profits from the Kickstarter going to the Hispanic Federation, a nonprofit supporting Latino families and Puerto Rico’s ongoing recovery from the devastation of Hurricane Irma.

Details on backer tiers can be found at the link below.